Not long after the duo’s US debut show (covered), Interesni Kazki’s Waone flew to Varkala, India, where he painted his first black and white mural. The Ukrainian artist, known for his surreal public works, colorful paintings, and elaborate drawings, was able to fulfill his goal of creating a B&W mural, resulting in this striking wall being painted on a local rooftop with the help of his family and friends.

Waone fell in love with the lines of rare engravings when he visited the library at the St. Ottilien Abbey in Germany back in October of 2012. Ever since that visit, he’s been sketching and drawing linel-based work and dreaming of creating a mural using the same technique. Due to time limitations when working on the streets, this idea was never realized until last month. With a decent amount of time on his hands and the right conditions in general, he created this beautiful piece inspired by global climate change. As a frequent traveler, the Kiev-based artist has experienced many unusual weather conditions, with the scorching Indian sun bing the trigger to create a piece that tells a story about humanity’s effect on the world’s weather conditions. 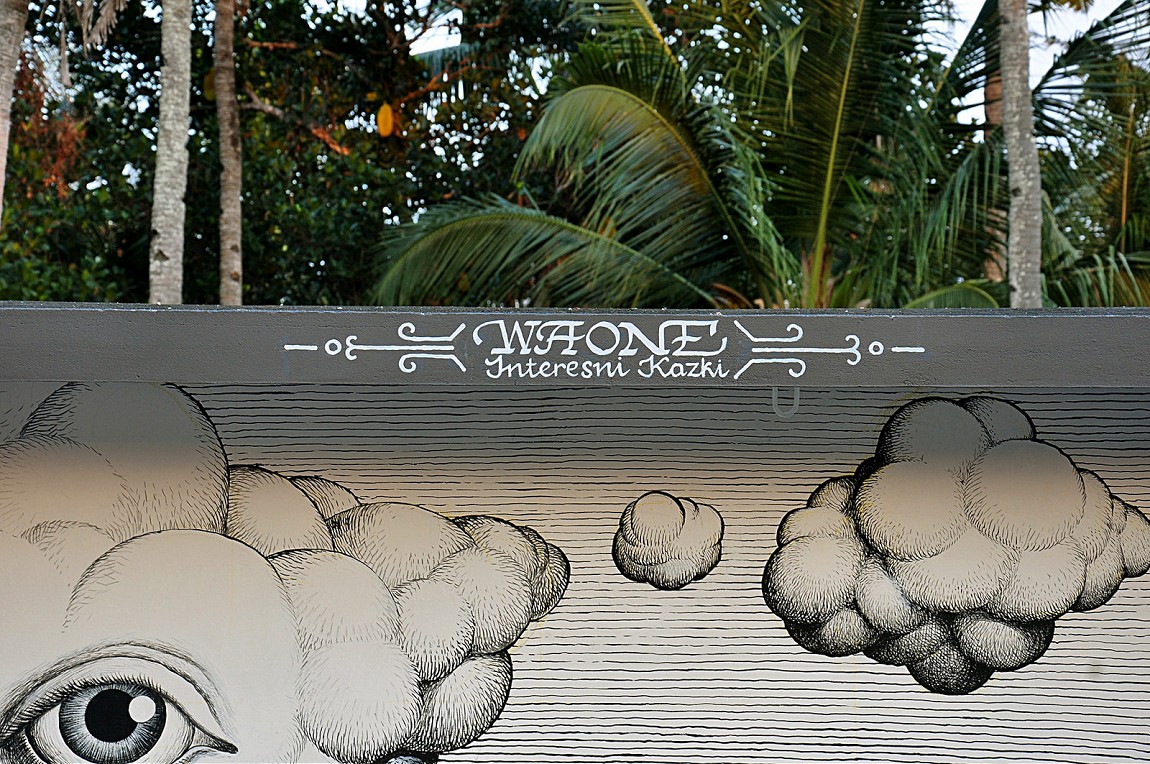 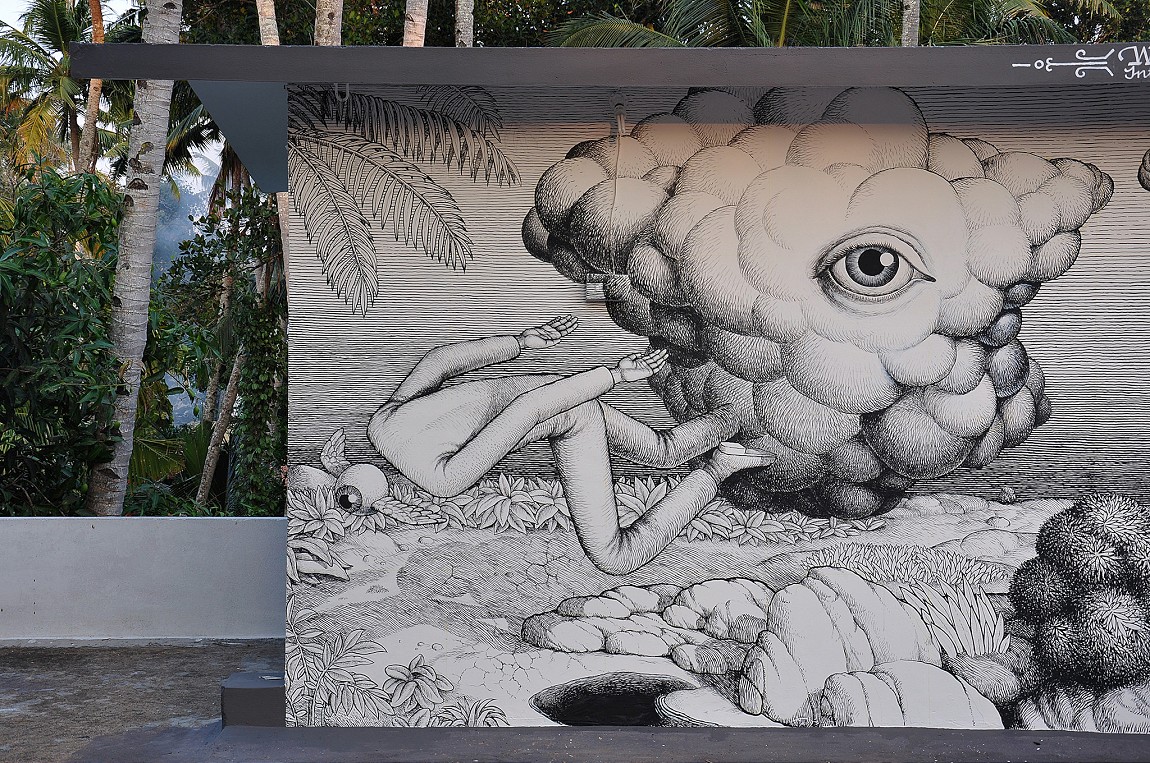 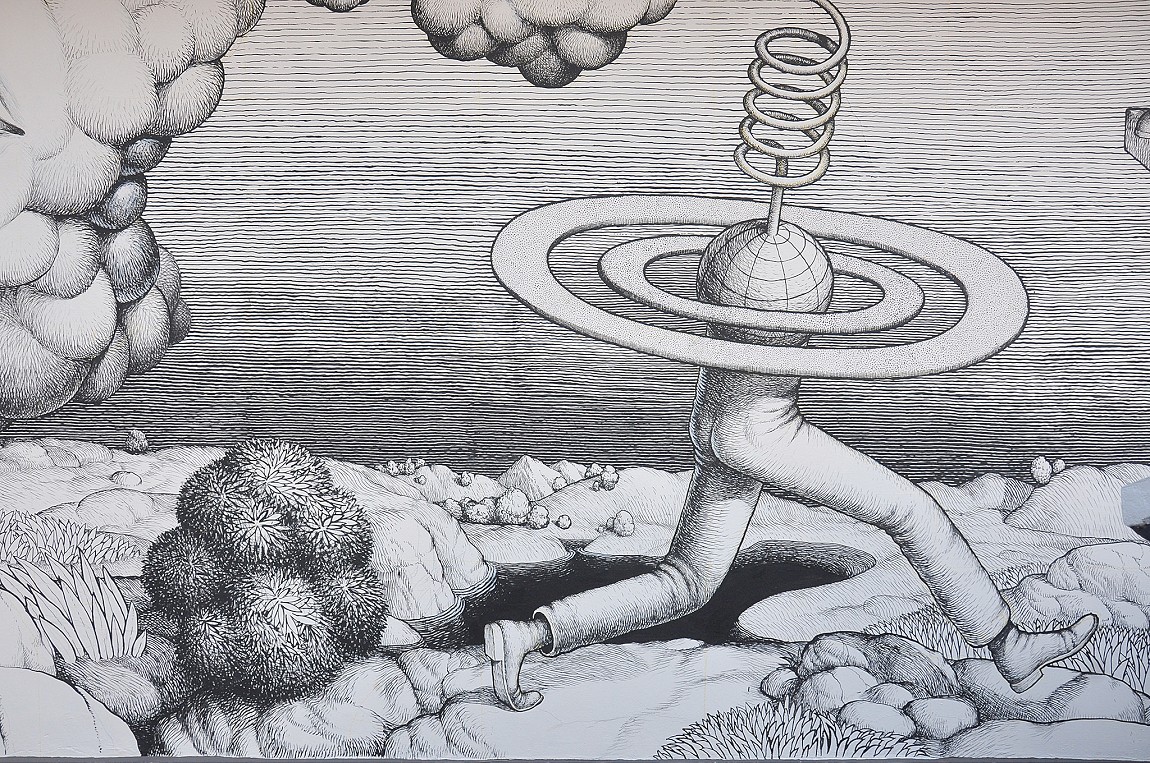 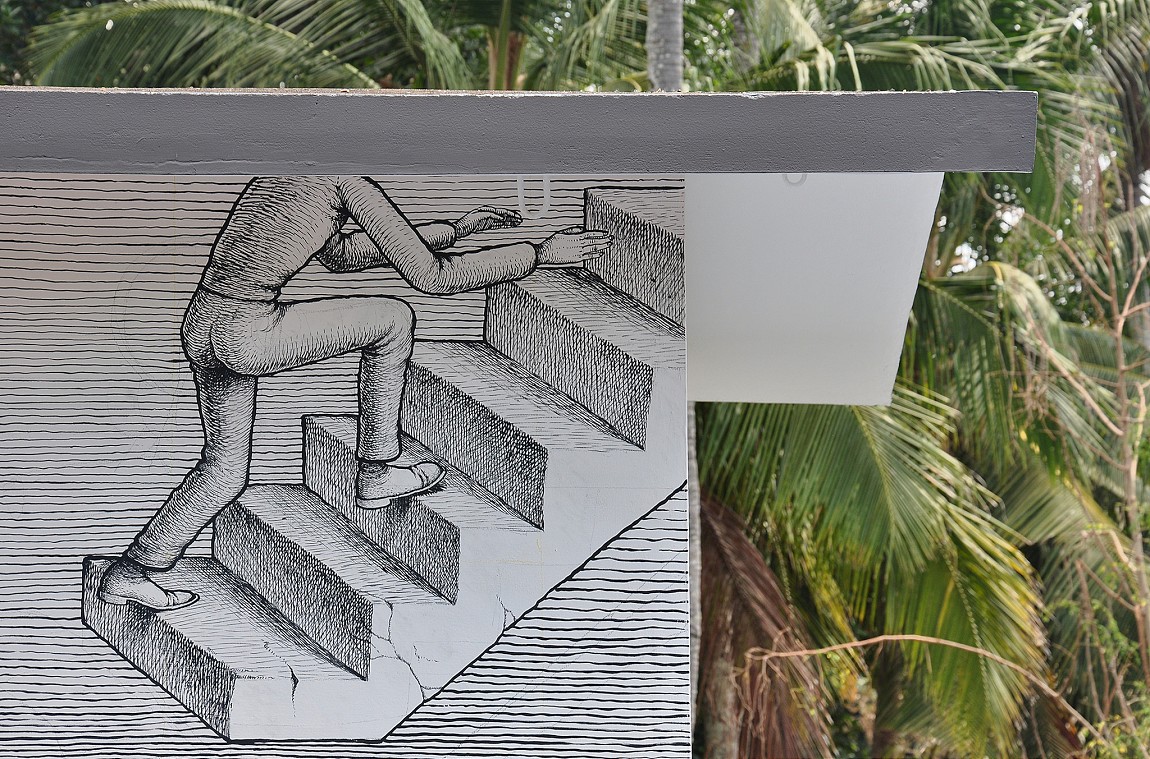