Ukrainian artists Waone & AEC from Interesni Kazki (interviewed) recently spent a few weeks in Western Australia, working on their murals for the local Form Festival in Perth (more coverage here). The artists were painting on separate walls of the same building in the Northbridge area, bringing a taste of their surrealist and meaningful work to the city. Working in a place with a much history and tradition, both pieces full of symbolism were heavily influenced by the local Aboriginal culture.

Waone painted a piece titled Rainbow Serpent, which was influenced by the a mythological figure, often a creator god, that is a common motif in the art of Aboriginal Australia. Along with the main image of of the Rainbow Serpent’s reptile seeing eye, the artist also included several details that are related to the area. For example, the stripy Numbat is a small marsupial that is found only in Western Australia’s southwest corner. Also, a red-tailed black cockatoo that is named in honour of English naturalist, Joseph Banks.

AEC’s contribution titled Memory of the Land is focused on showing the contrast between the past and modern times, between the pre-colonial and colonial part of Australian history. The main image is the Banksia flower which symbolizes native aboriginal men, with a turning wheel and running red man in it, that refers to the non-stopping heart. In one hand, a rock is seen (the symbol of eternity), and in the other hand, a bouquet of skulls (victims of colonization). The lower part of the mural symbolizes modern times people depicted as humanoid kangaroos, hopping around their daily routines. 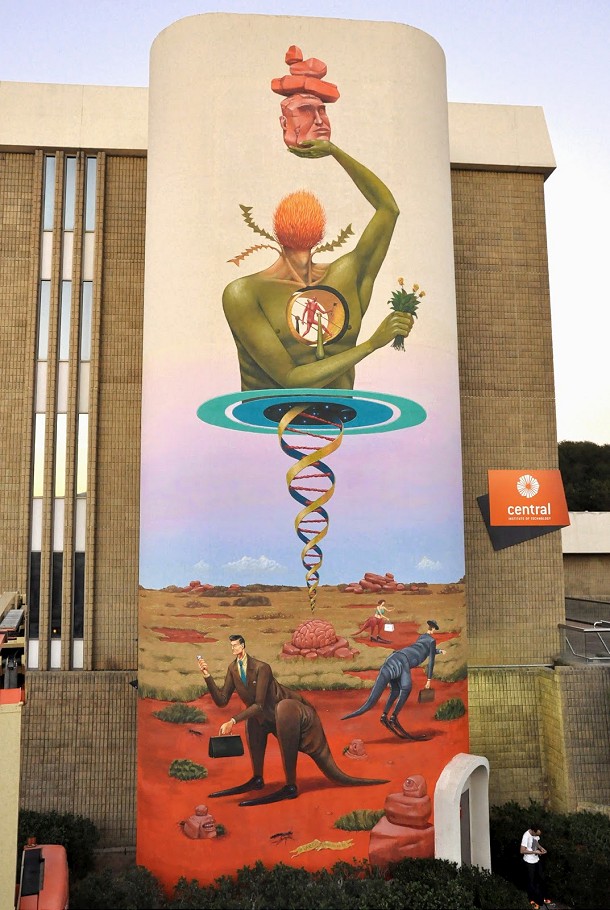 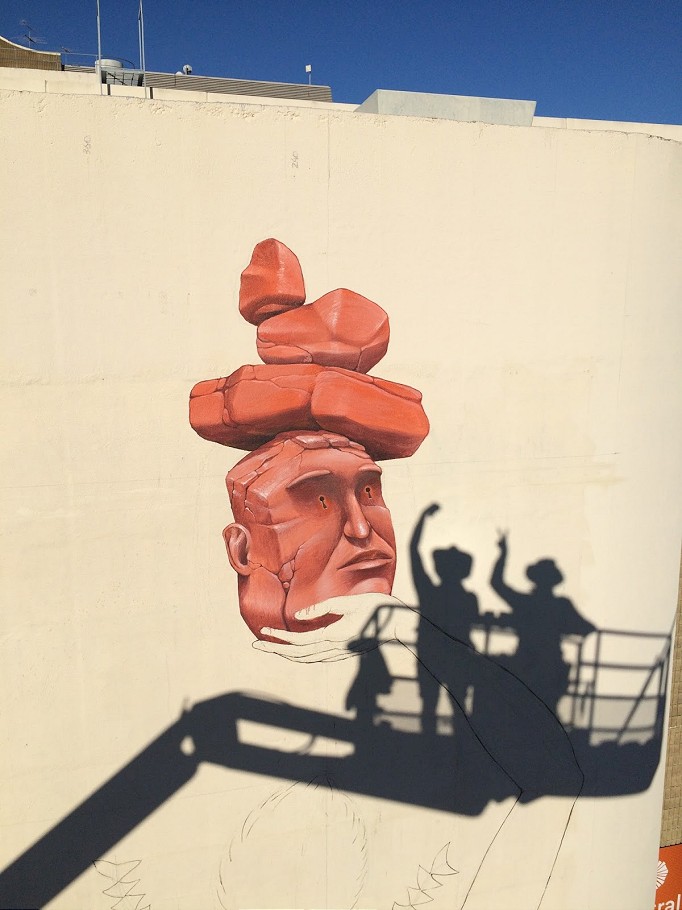 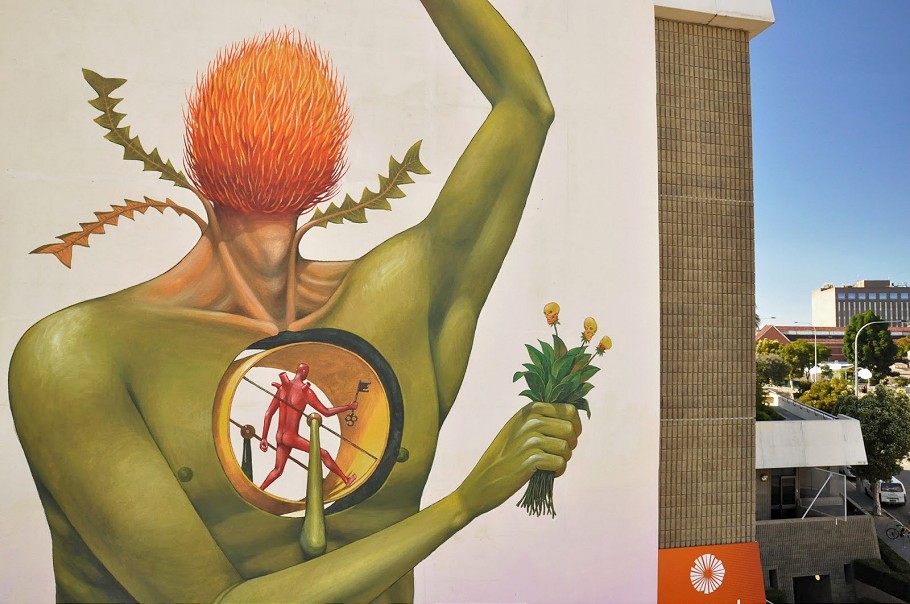 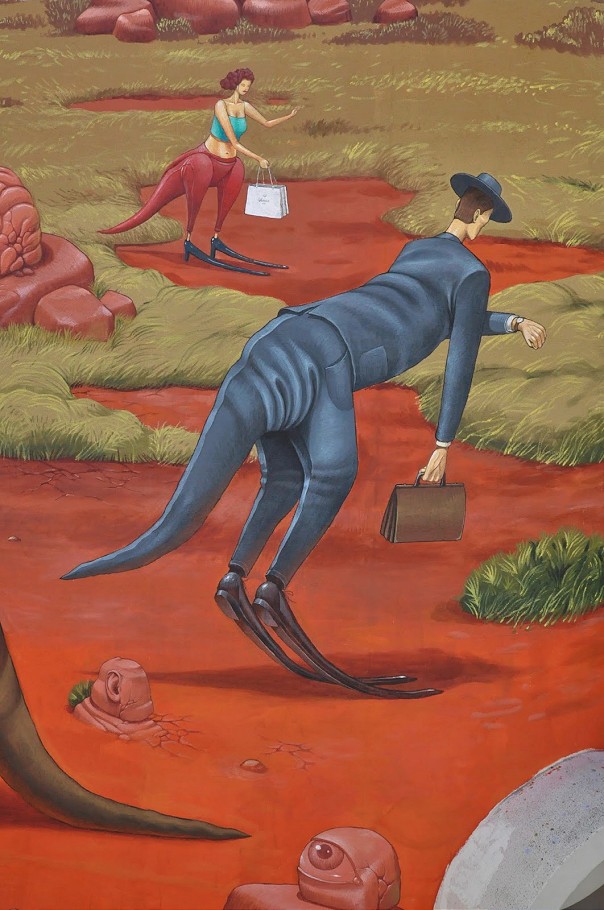 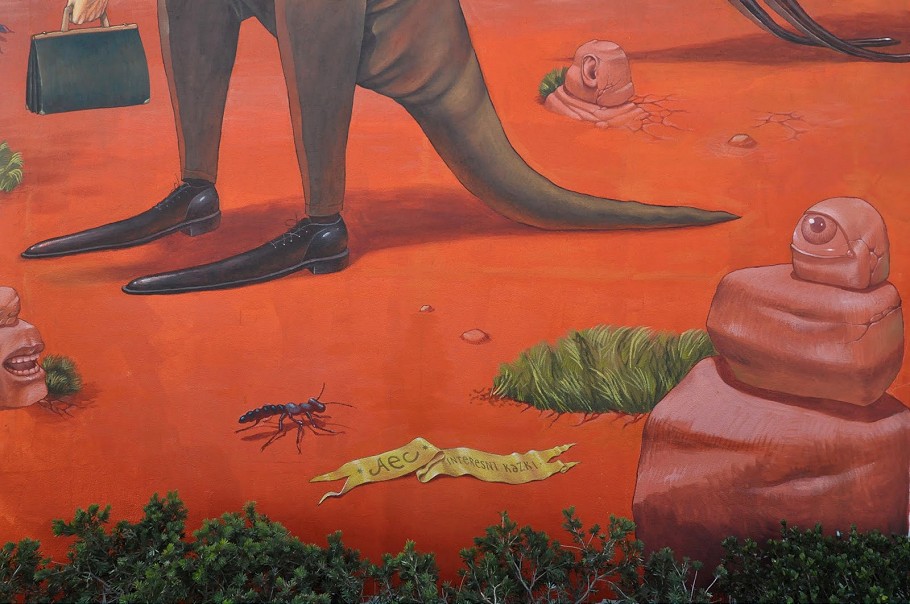 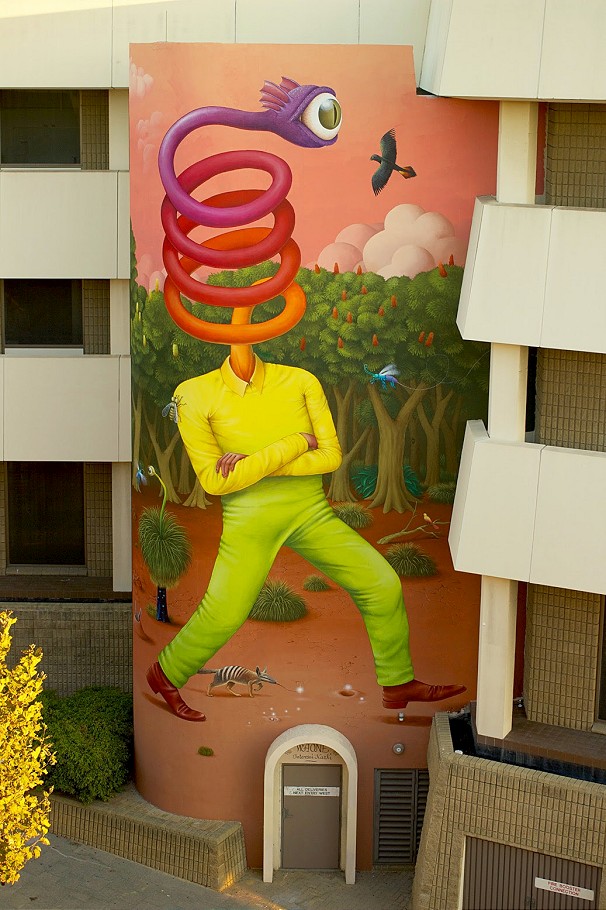 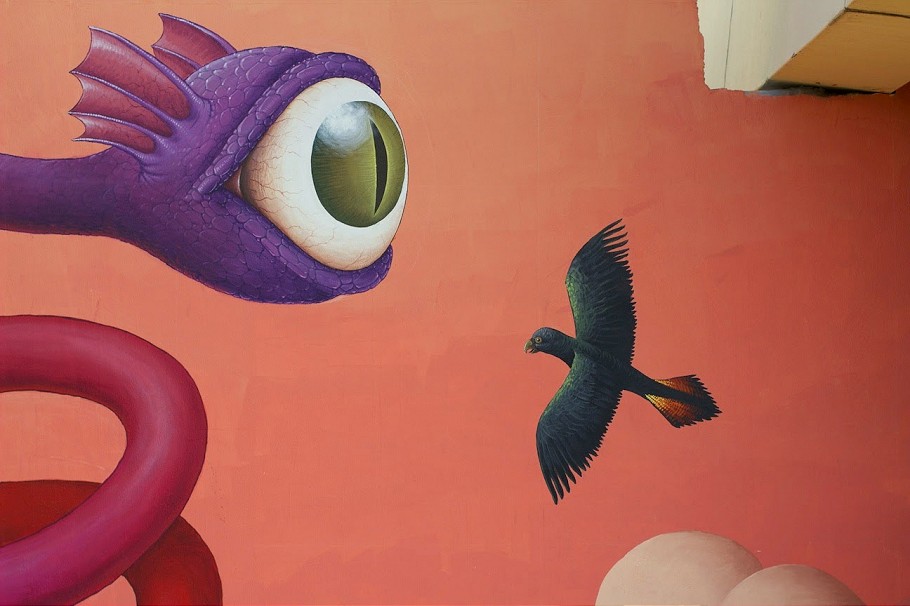 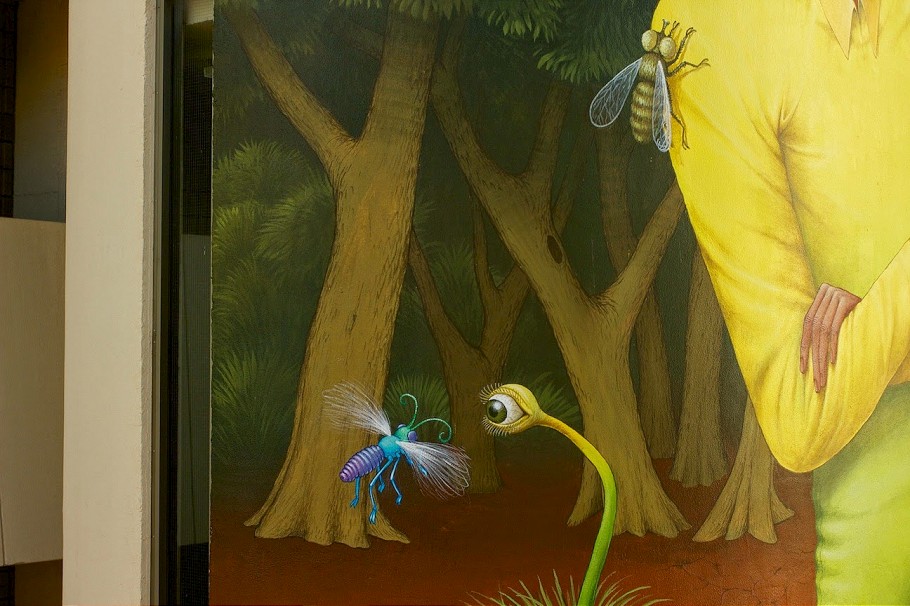