Recently in Honolulu, Kamea Hadar unveiled a mural honoring Barack Obama, a former resident of Hawaii, for his service as the 44th President of the United States. The locally-based painter and also co-lead director of POW! WOW! Hawaii, entitled the mural Hapa, a reference to both the POTUS and artist’s mixed heritage. Seen in the background is some text from a speech that Obama gave in 2008 in Philadelphia where he spoke about his background and of racial equality. For those interested, the wall is located on the side of the Gary Galiher building facing out toward Ward Avenue in the Kaka’ako district.

Hadar further explains – “I love to support and acknowledge those who are able to inspire people around the world, especially those from my hometown! The word ‘hapa’ in Hawaiian literally means ‘part’ or ‘partial’ and refers to people who are a mixed background. Being Hapa myself, I am proud to be able to create this piece to honor President Obama as someone who is ethnically diverse and supportive of racial equality.

This piece marks a great moment in my life, not only because I am proud of how it came together but also because my daughter was born halfway through. I was up on a ladder on Friday the 13th (of May) and my wife called me and said to that she’s coming to pick me up in five minutes. ‘THIS IS HAPPENING NOW!’ I scrambled to clean up the site and put my paints and brushes away. I left around 3pm and at 9:02pm I had a crying baby in my arms. I took a few days off and came back and finished the piece. Luckily I have an amazing wife and family who all chipped in to help me have the time to finish the mural. In a few years I’ll bring my daughter Nova back here and explain to her what she helped to inspire.

Hawaii is an amazing melting pot of different races and cultures, which creates people with open minds and broadened horizons. With ease of travel, the Internet (and social media) Hawaii has quickly transformed from a small island in the middle of the Pacific into an amazing hub with hybrids of culture.” 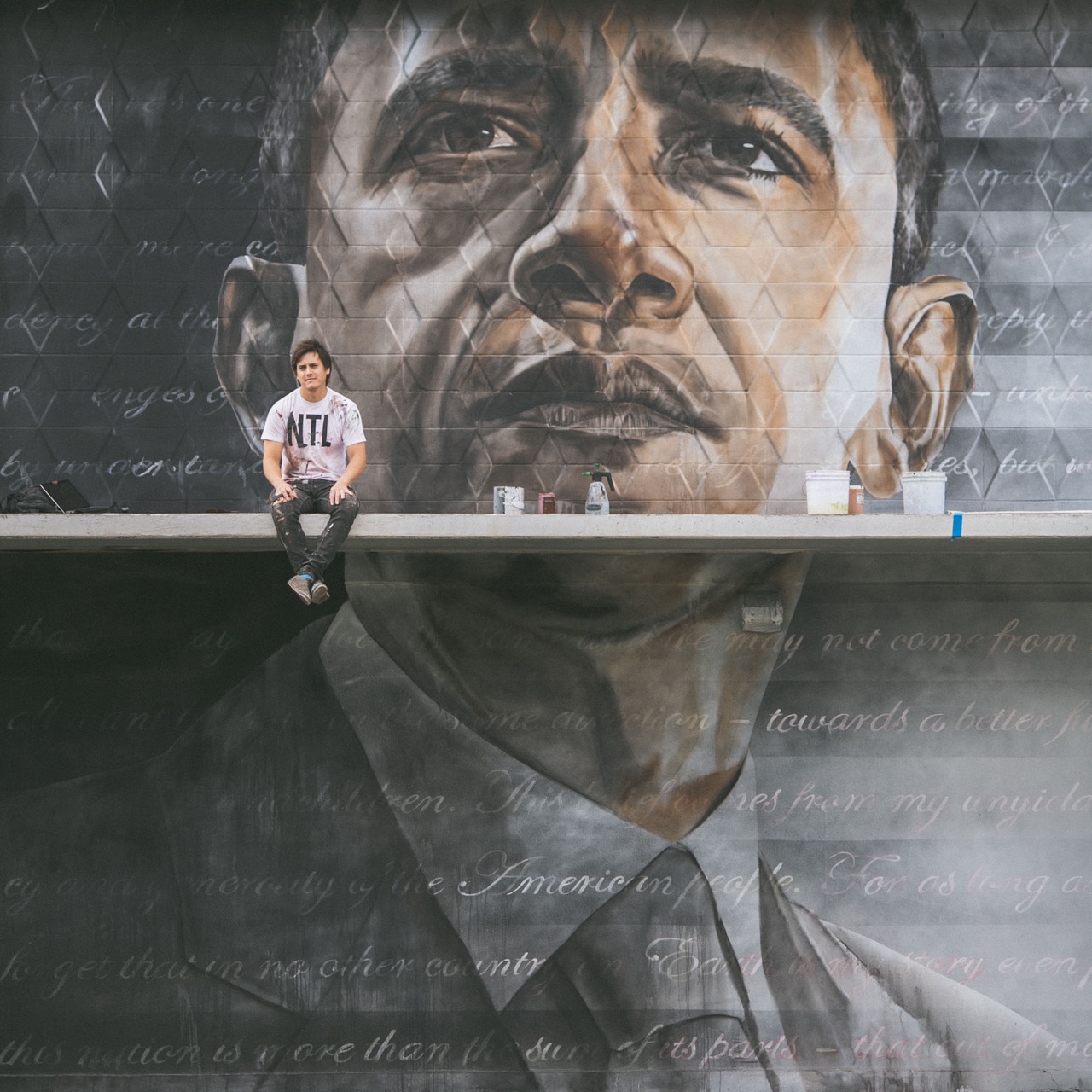 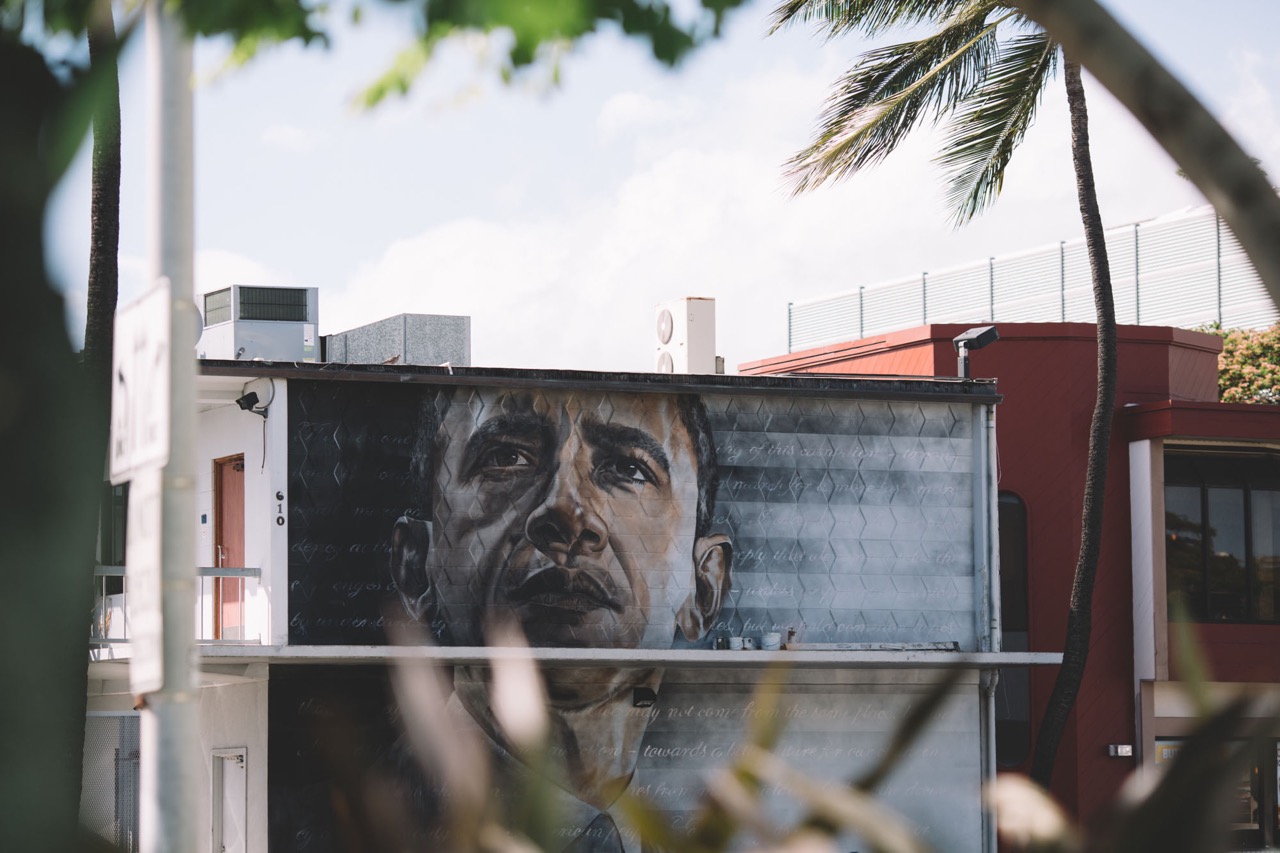 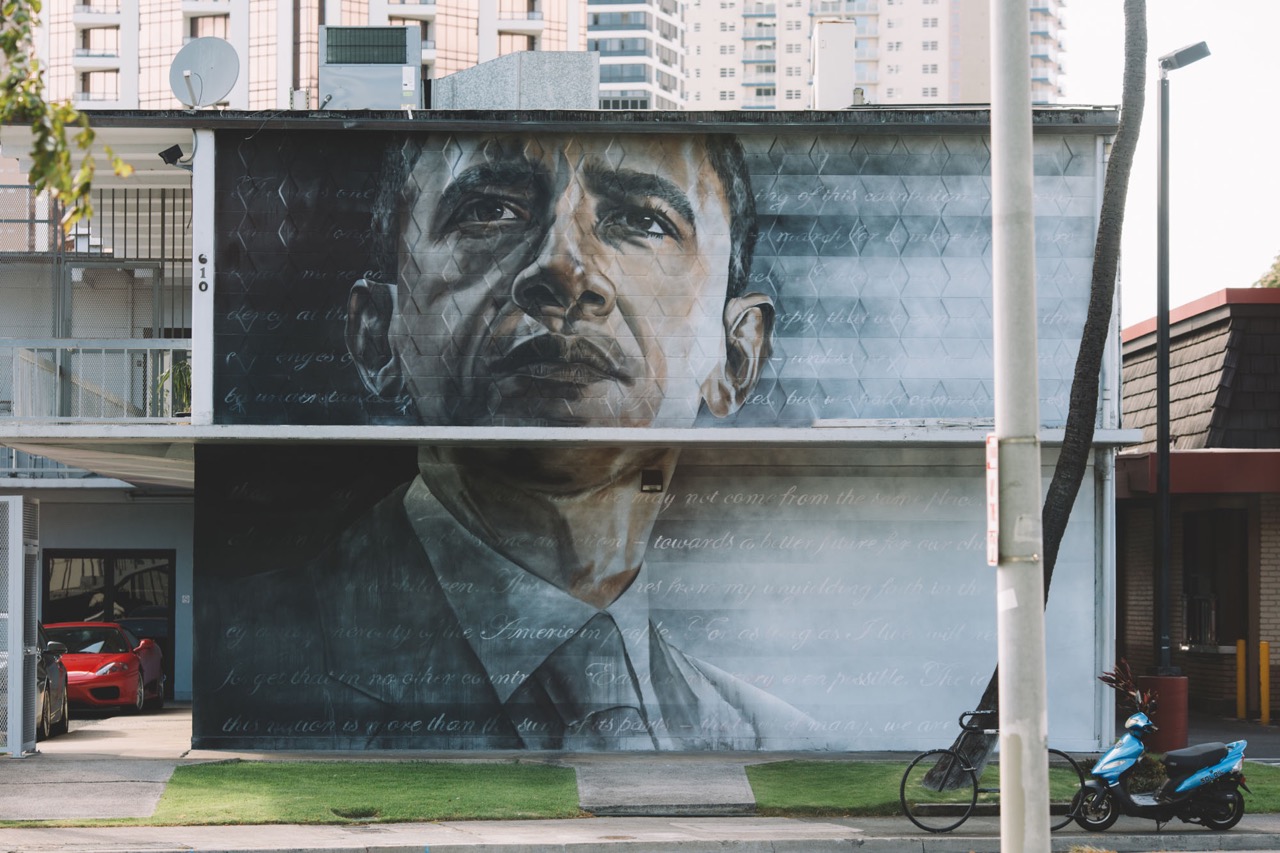 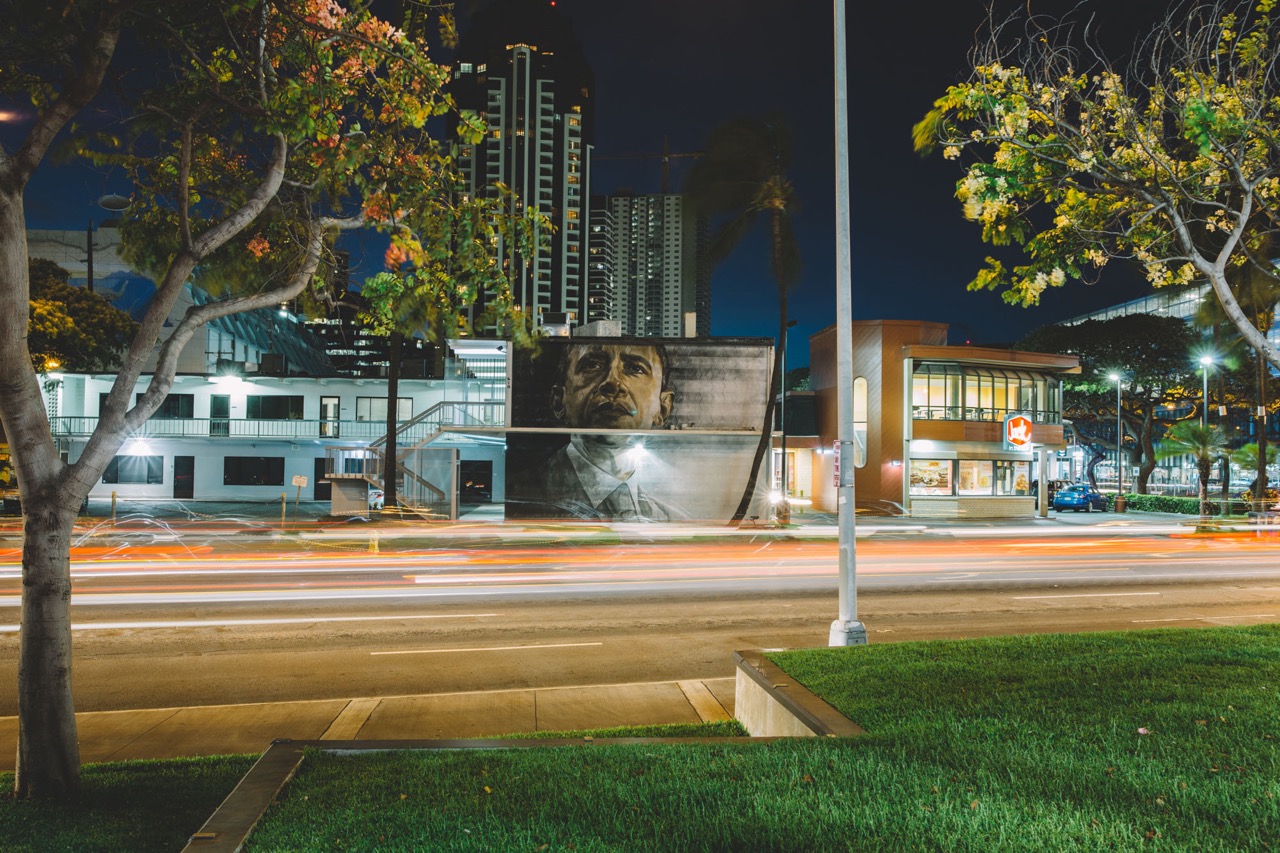 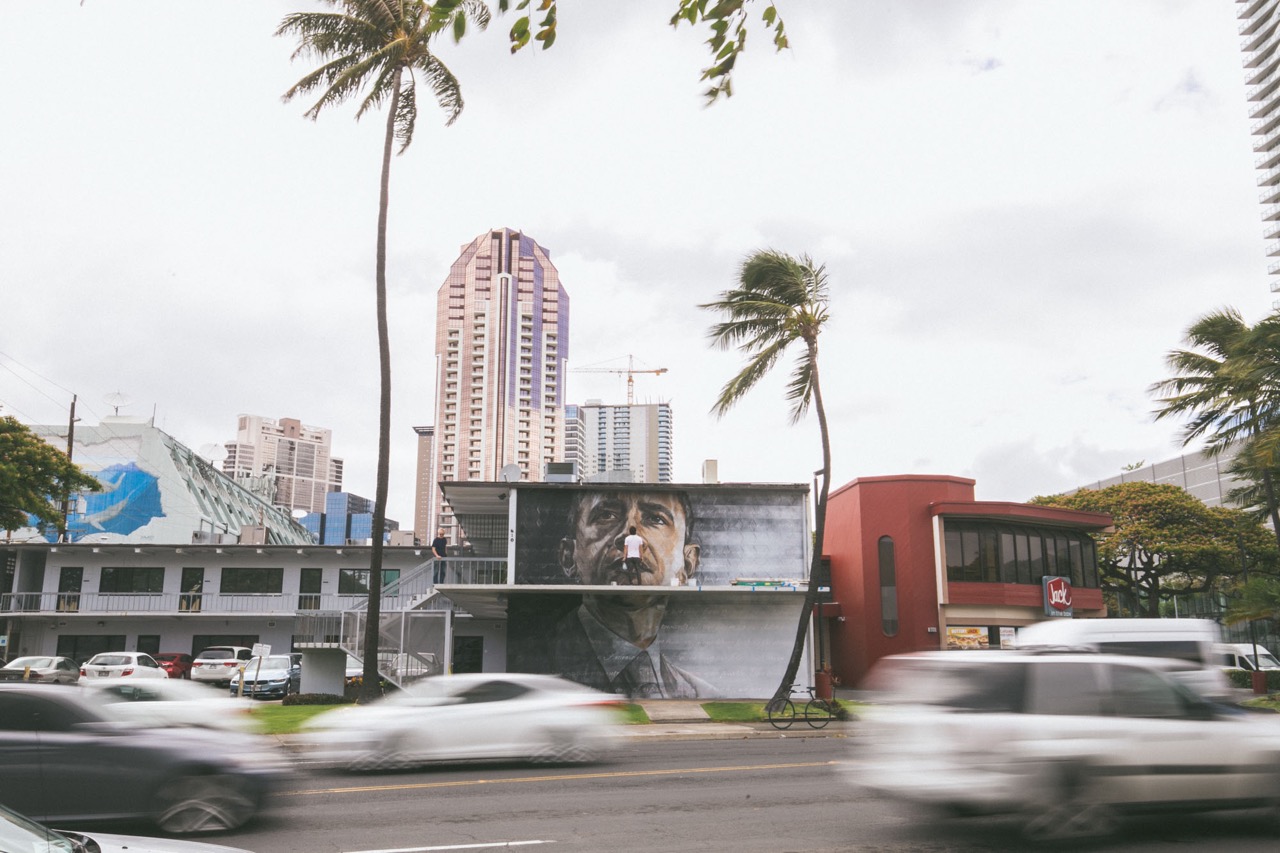 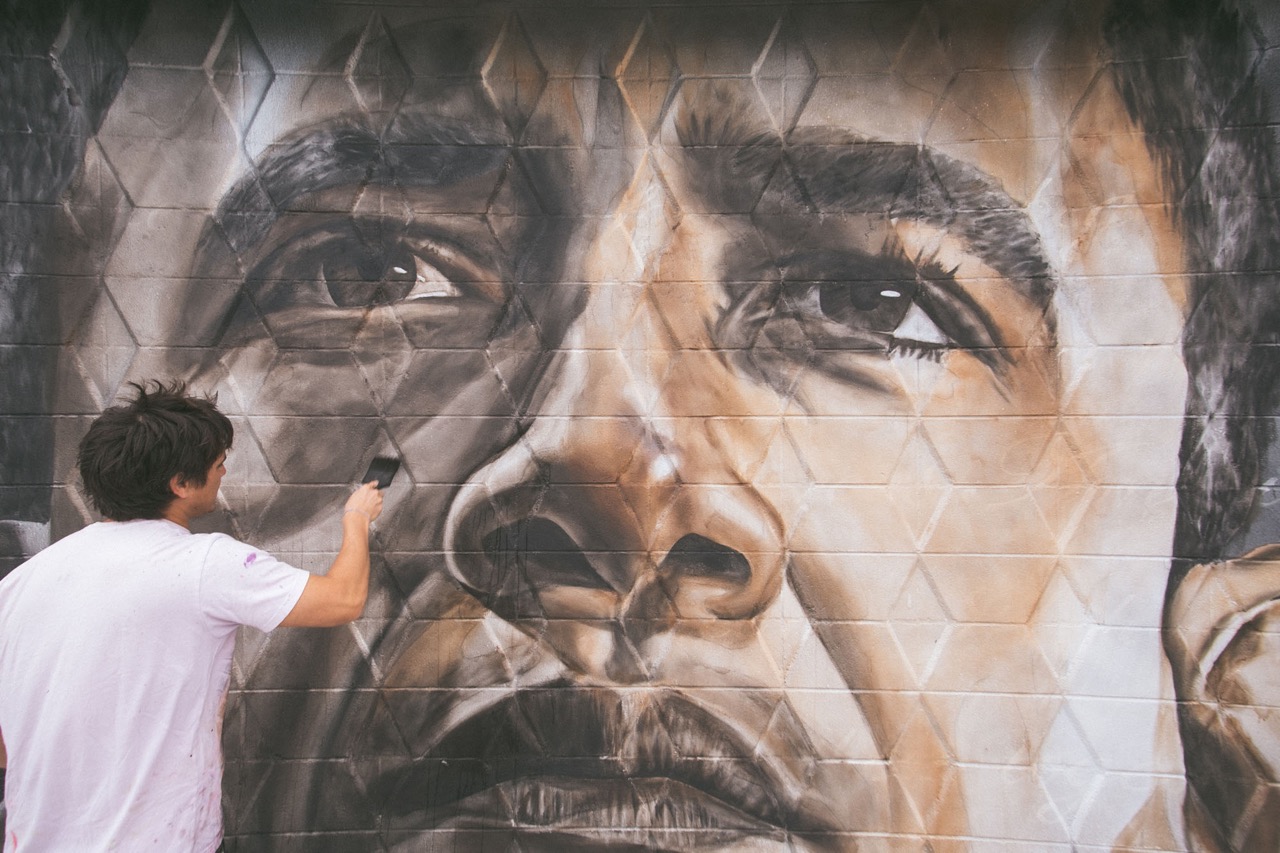 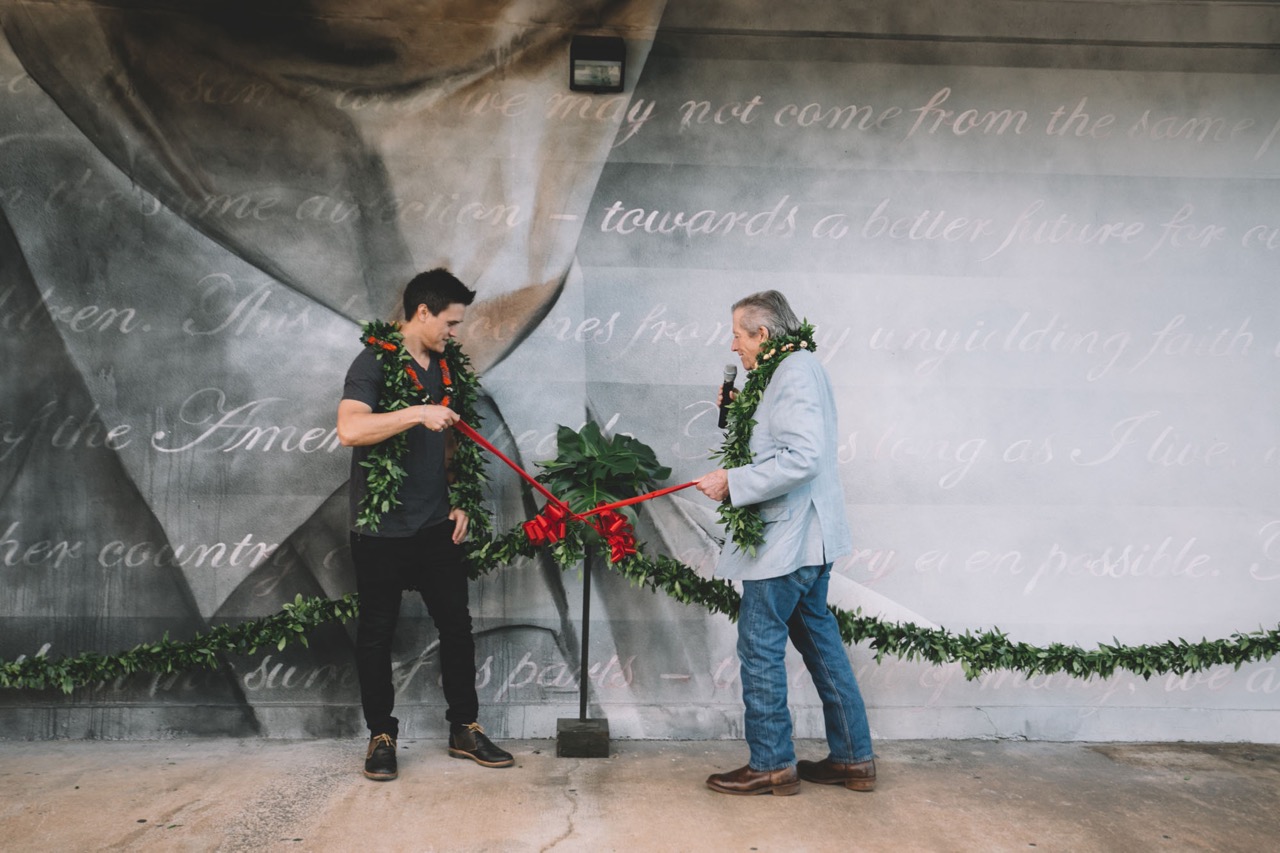 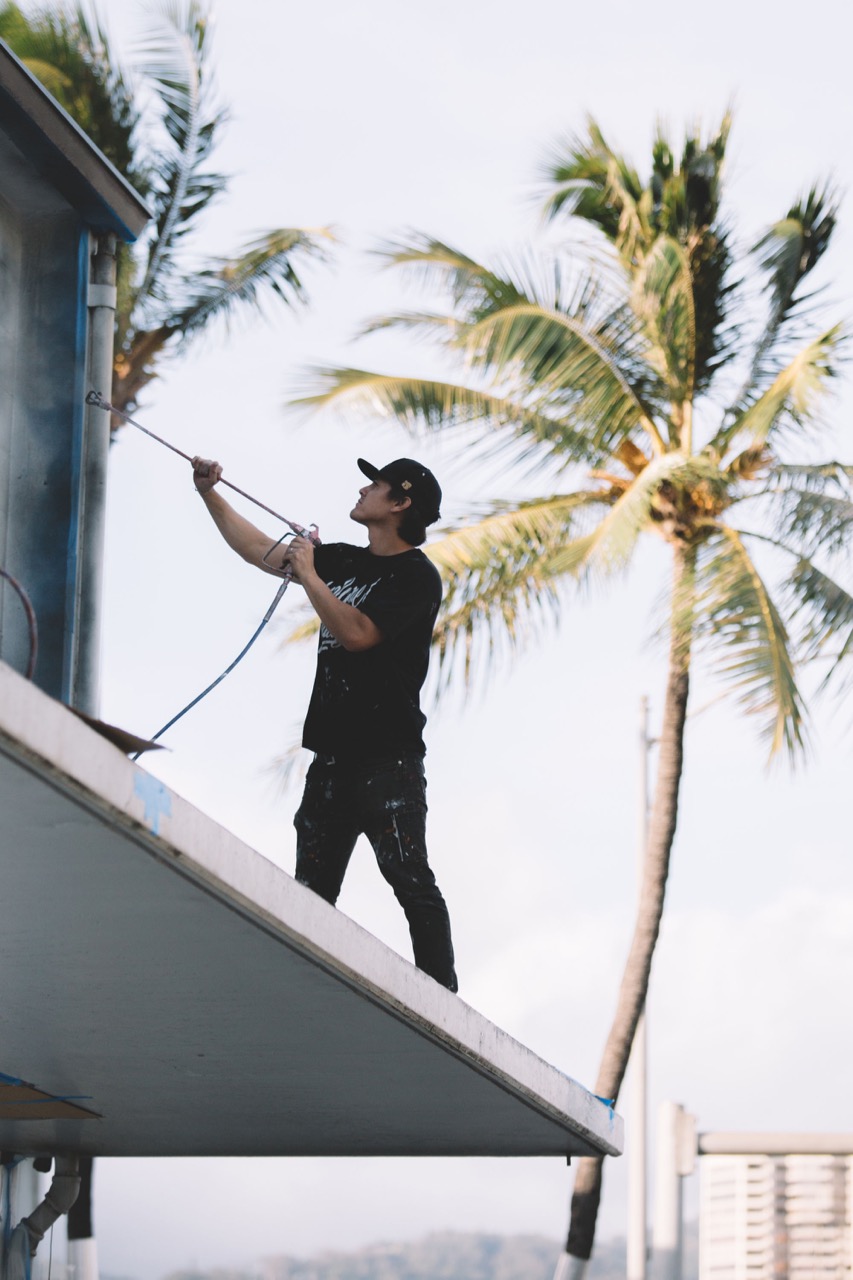