The large ongoing program Art United Us keeps producing new large murals around the Ukranian capital of Kiev in an effort to raise public awareness and attention to the problem of war, aggression and violence. Curated by Iryna Kanishcheva and Geo Leros, the project recently revealed the latest finished piece by INO titled Instability.

This is the Greek artist’s largest mural to date measuring 48 meters in height and done using his signature sketch-like style with gray scale tones and subtle use of color. Mixing photorealism and abstraction, the large mural works great juxtaposed against the busy skyline of Kiev and its architecture. The image features a ballerina dancing over a bomb, representing the recent political events in Ukraine and the unstable situation there. It also sends out a universal message, criticizing the failure of coexistence between people in many places on Earth. 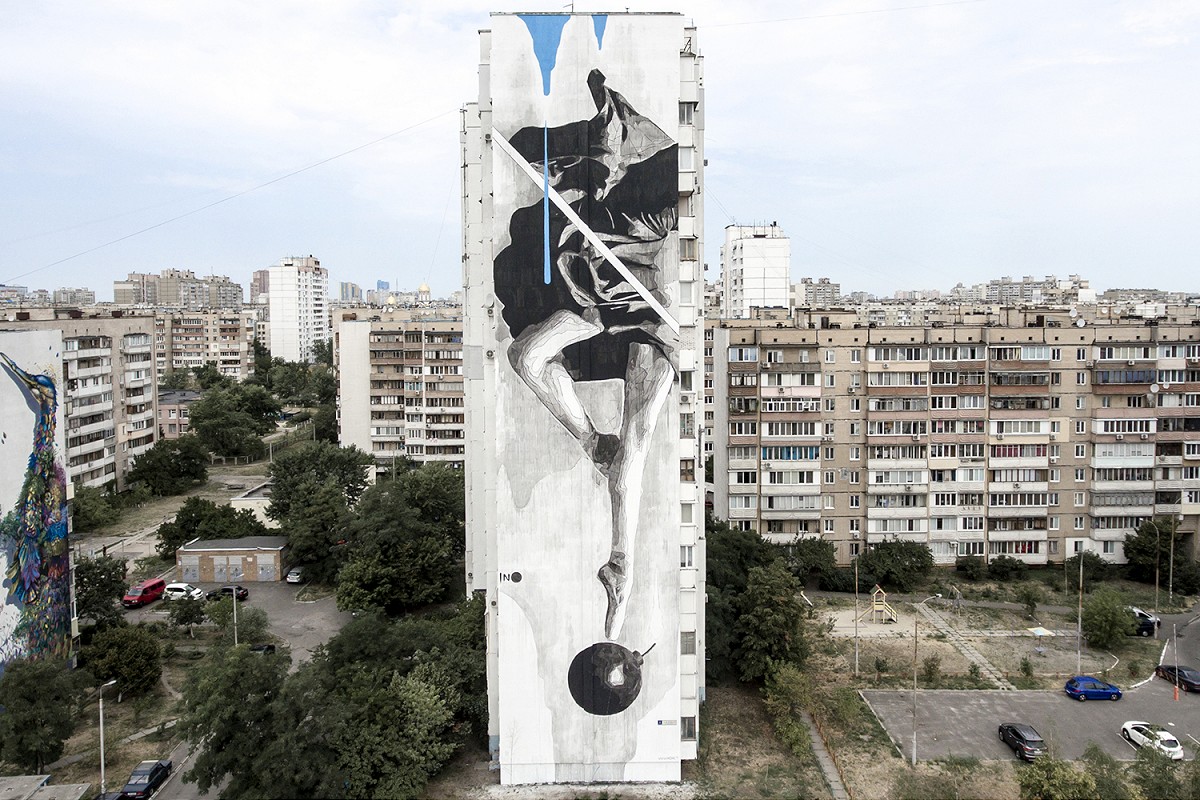 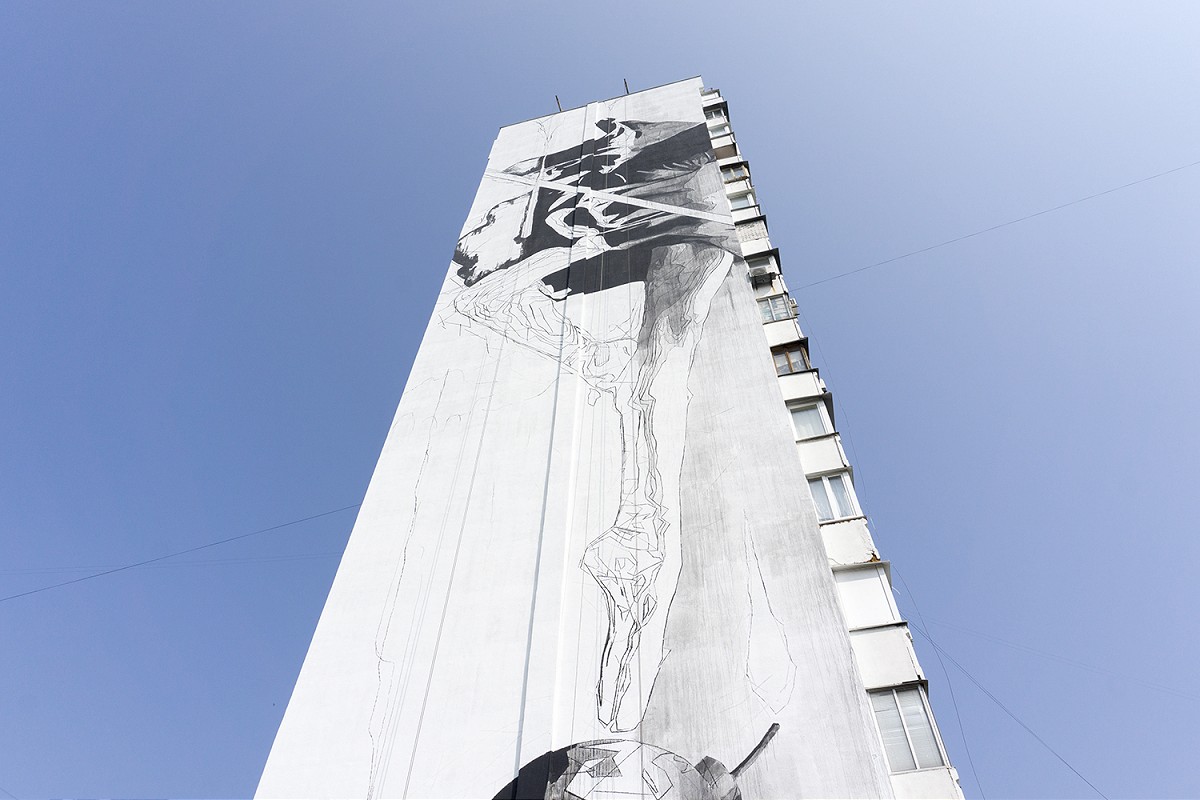 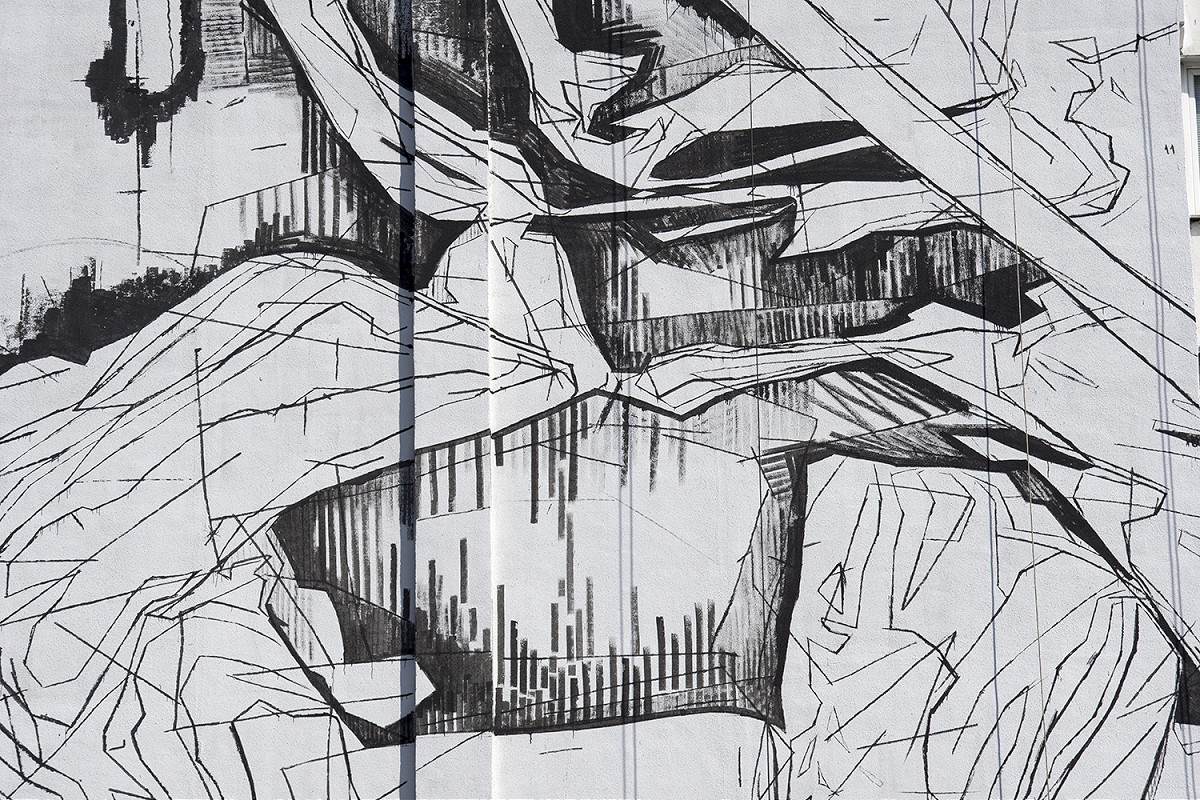 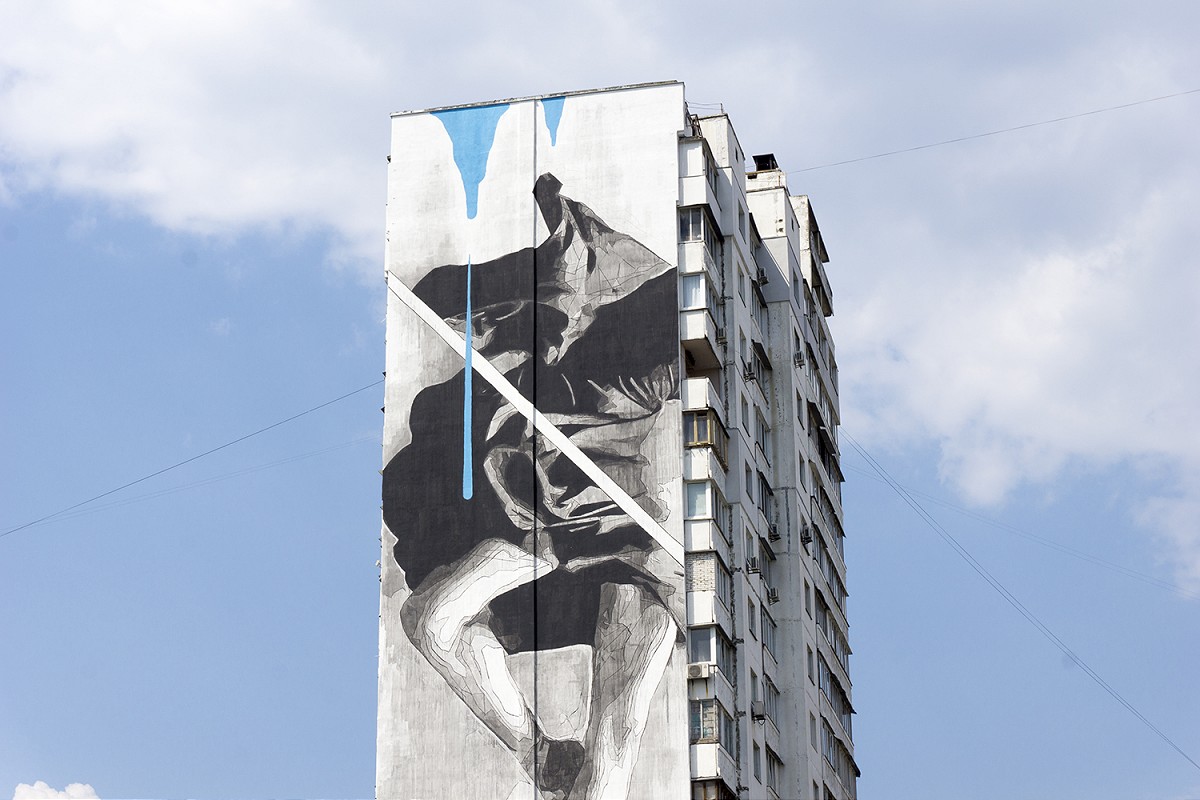 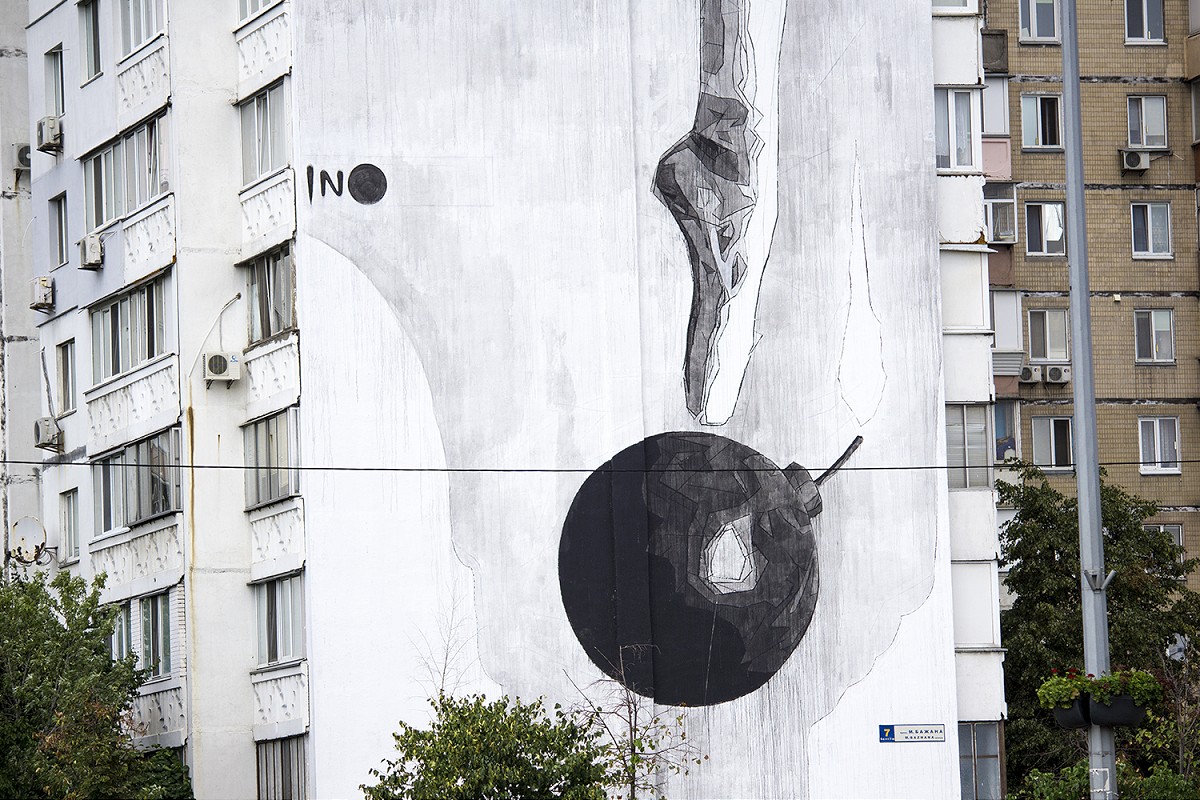 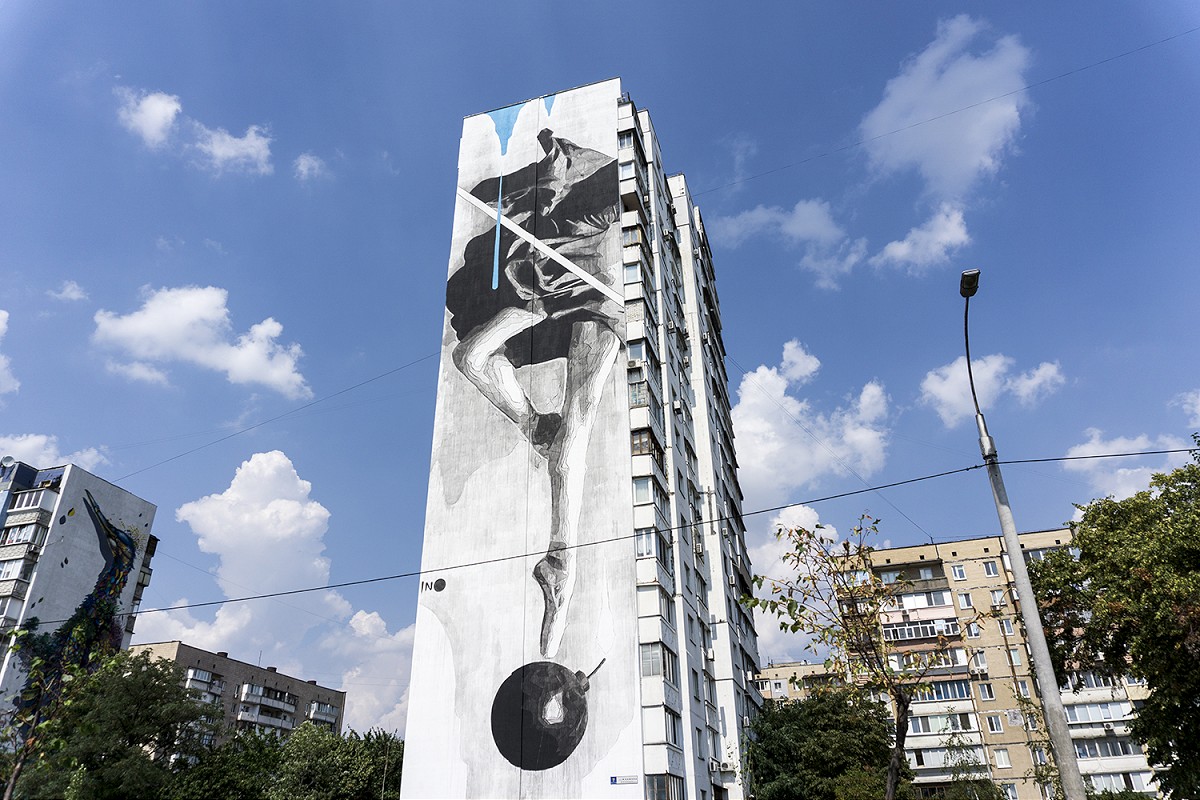