Painted with the support of Sky Art Foundation and Mural Social Club, this latest mural from Aaron Li-Hill (interviewed) is entitled The Impact Of Discovery. Featuring some of the American artist’s signature motion-inspired imagery, the piece put up on the side of the Cultural Center of Ukraine’s largest science and technical school (Kiev Polytechnical Institute) celebrates two major discoveries within the last two centuries.

He further explains – “Painted on this multi-surfaced building is an explosion created from the Boson Higgs experiments, where two Hydrogen protons collide together at the speed of light. These experiments shed light on the nature of our universe and the particles which tie it together. Overlaid on top is a manipulated image mixed from my own process and a photograph by Etienne-Jules Marey made at the turn of the 20 century. Marey, a scientist and a contemporary of Eadweard Muybridge, was the first person to put multiple images into one plate making the first multiple exposed images. Marey along with Muybridge, were the godfathers of film and sowed the seeds that have given birth to the powerful cinematic industry—exporting Western culture globally—that we see today. The image of the man running, mirrored, becomes a symbol of hydrogen protons hurtled toward each other and of the impact that these discoveries have on the world around us and the world within us.

This piece also has a subterranean meaning that is influenced by the current situation in Ukraine. These conflicts breed discoveries that, through struggle, enable culture, identity and community to be forged.” 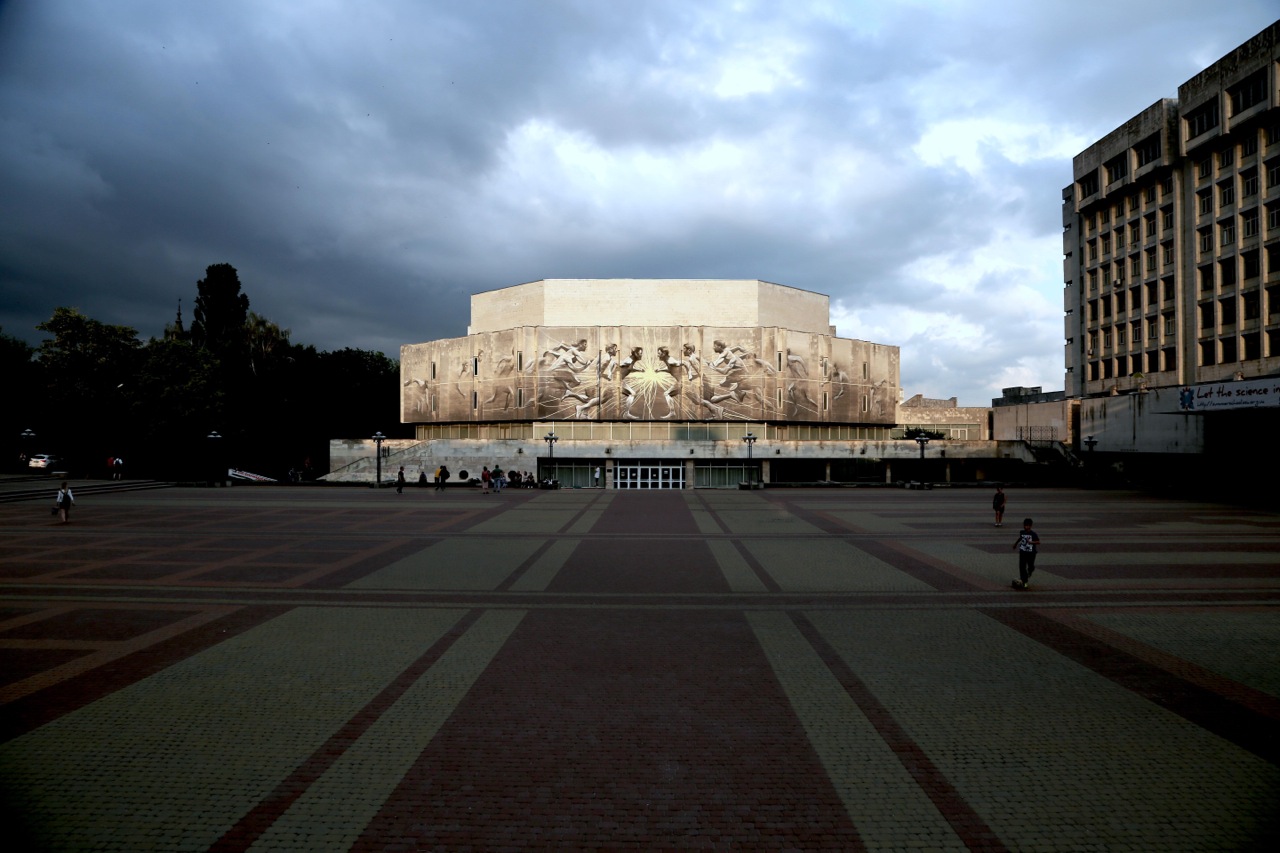 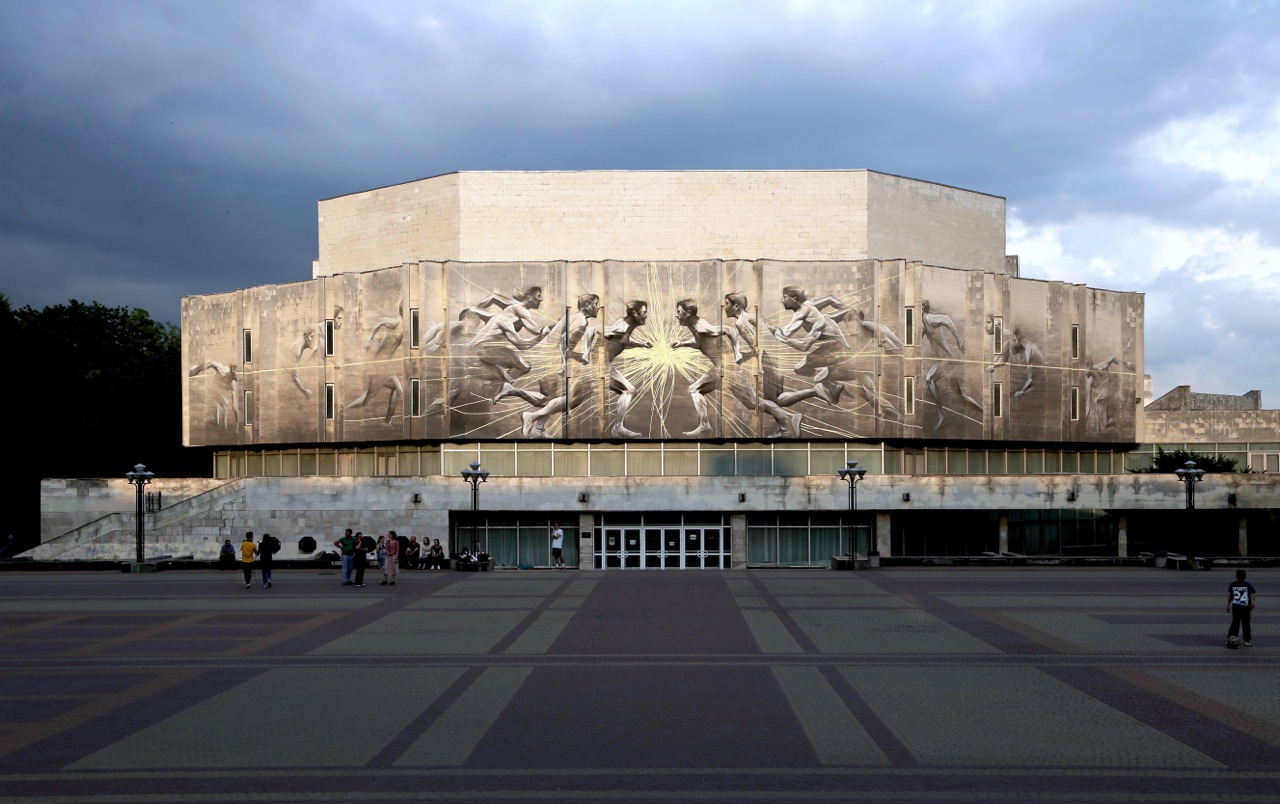 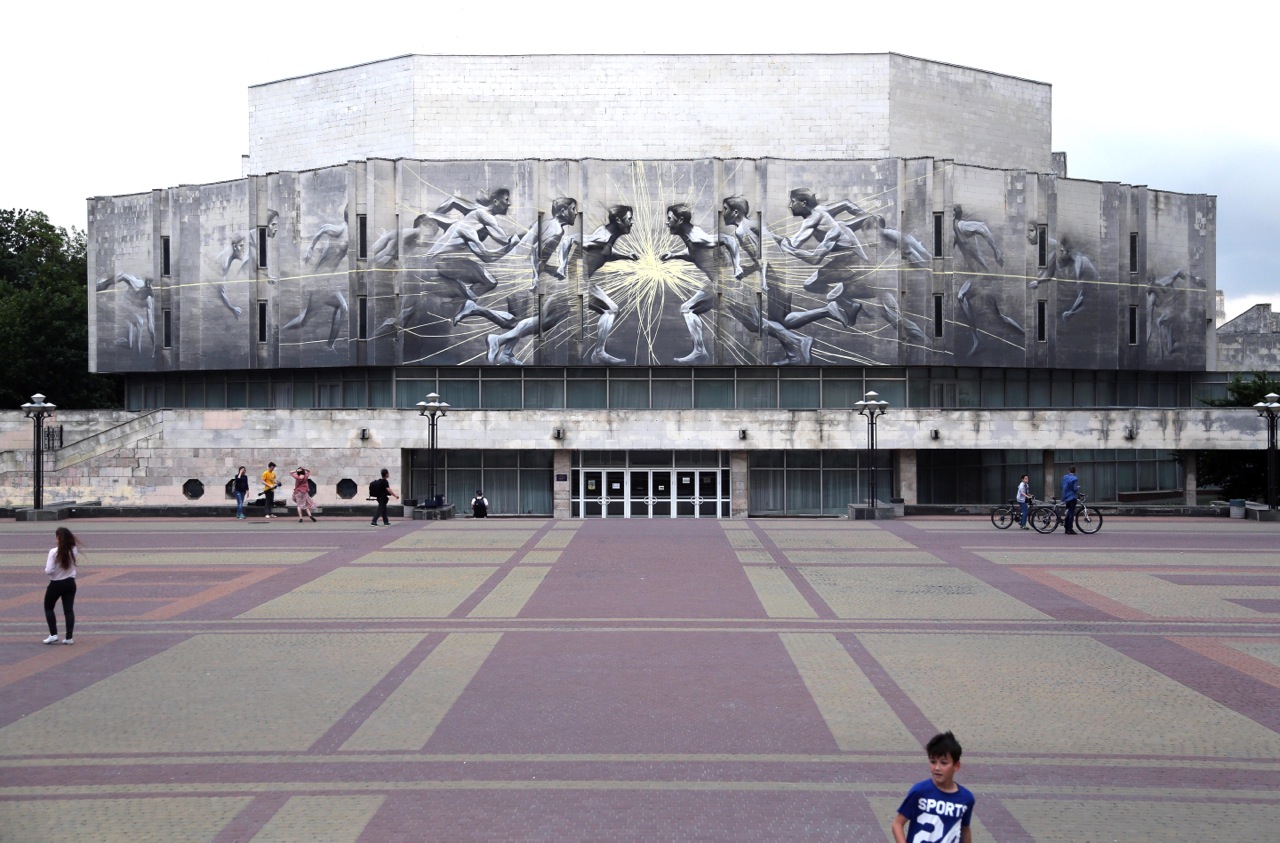 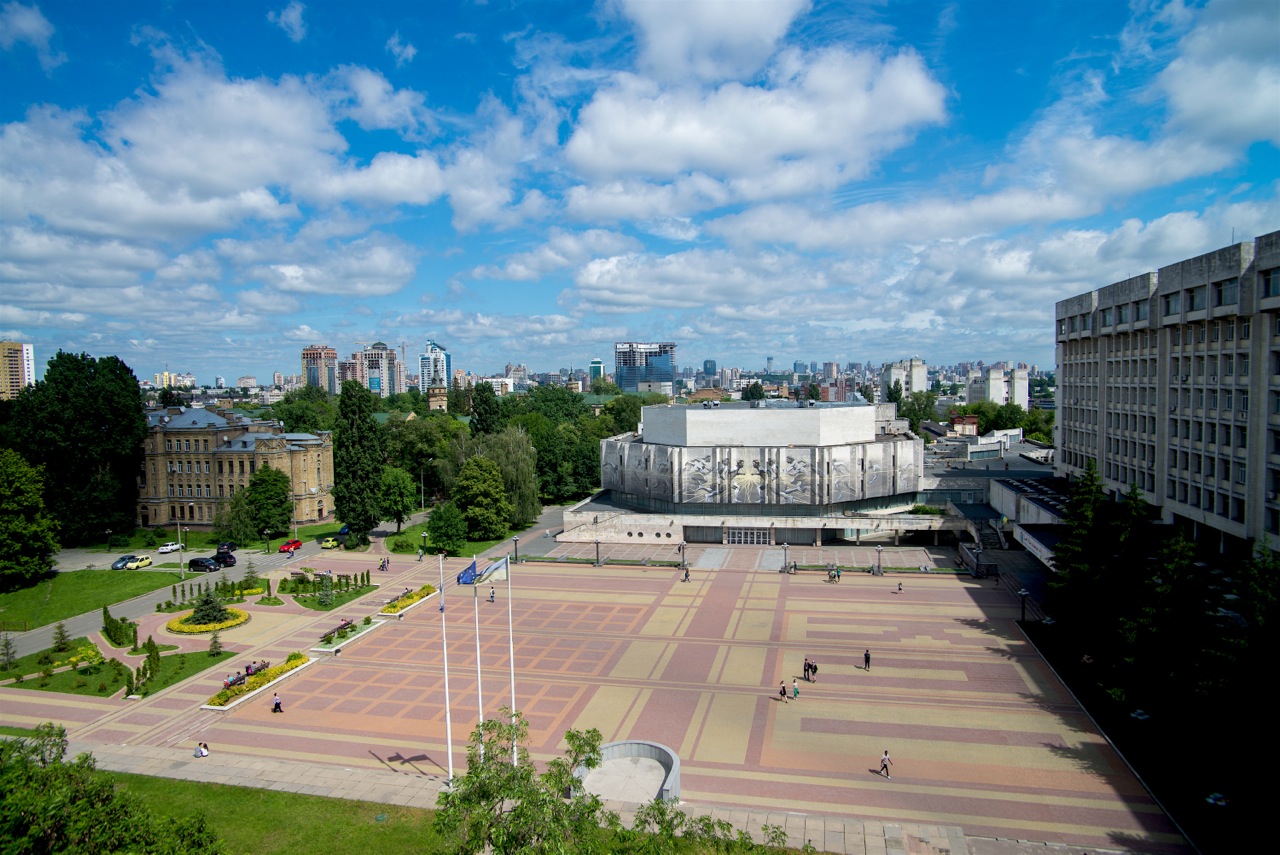 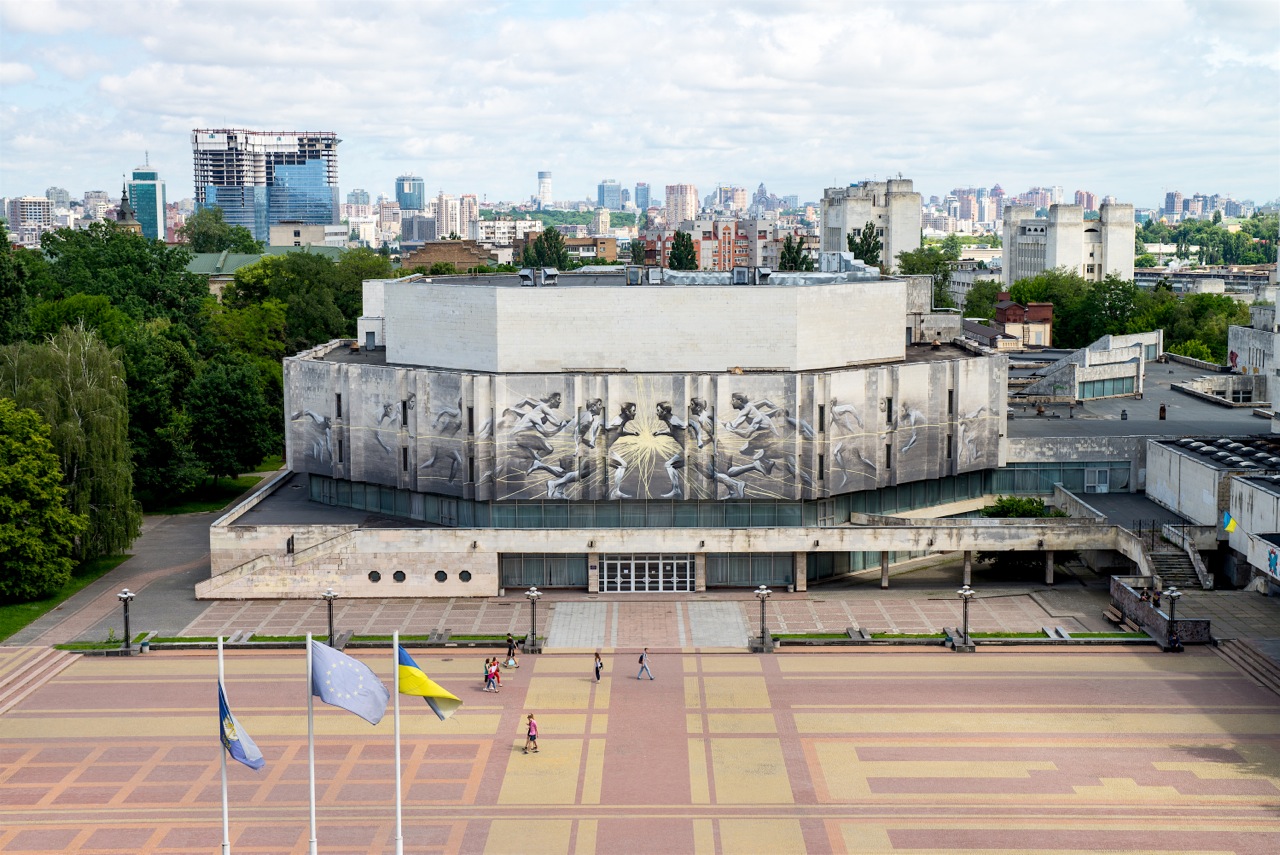 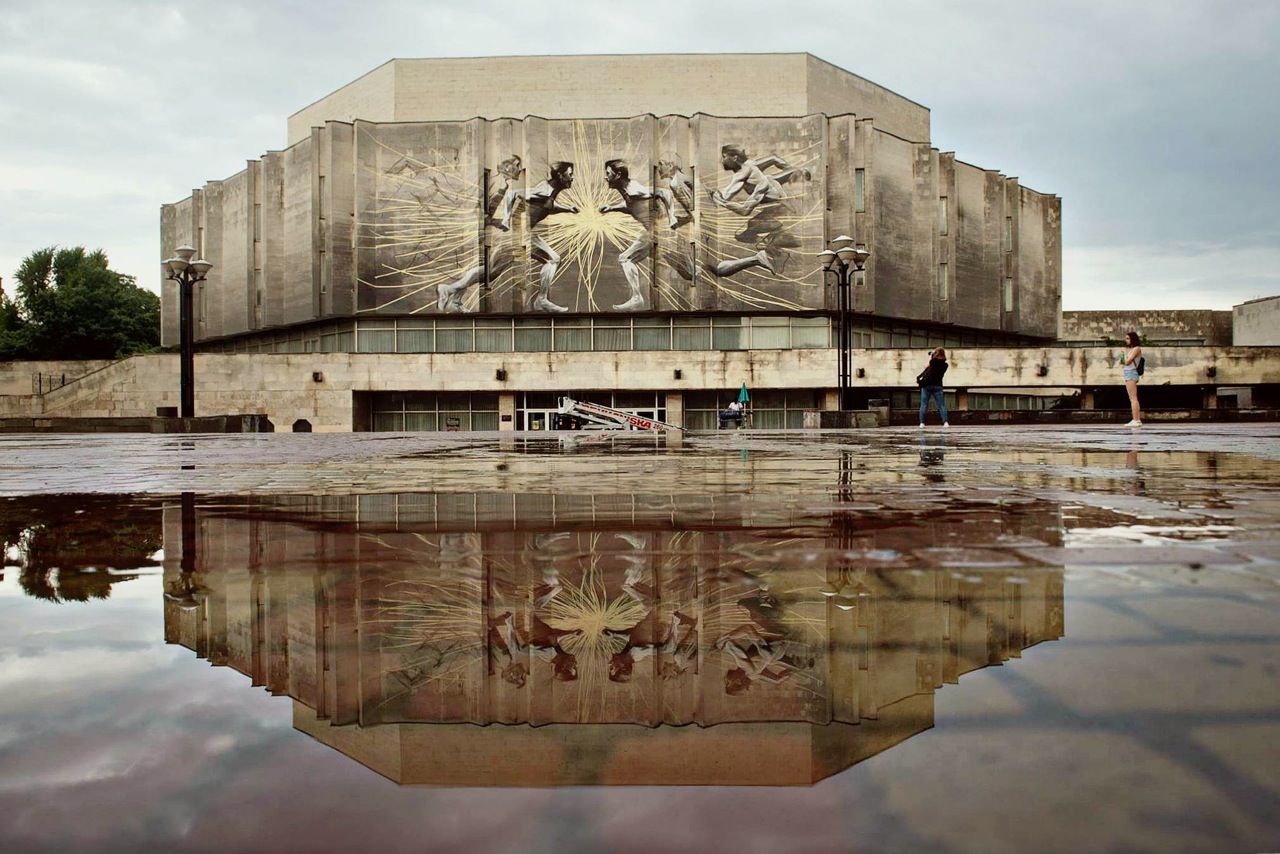 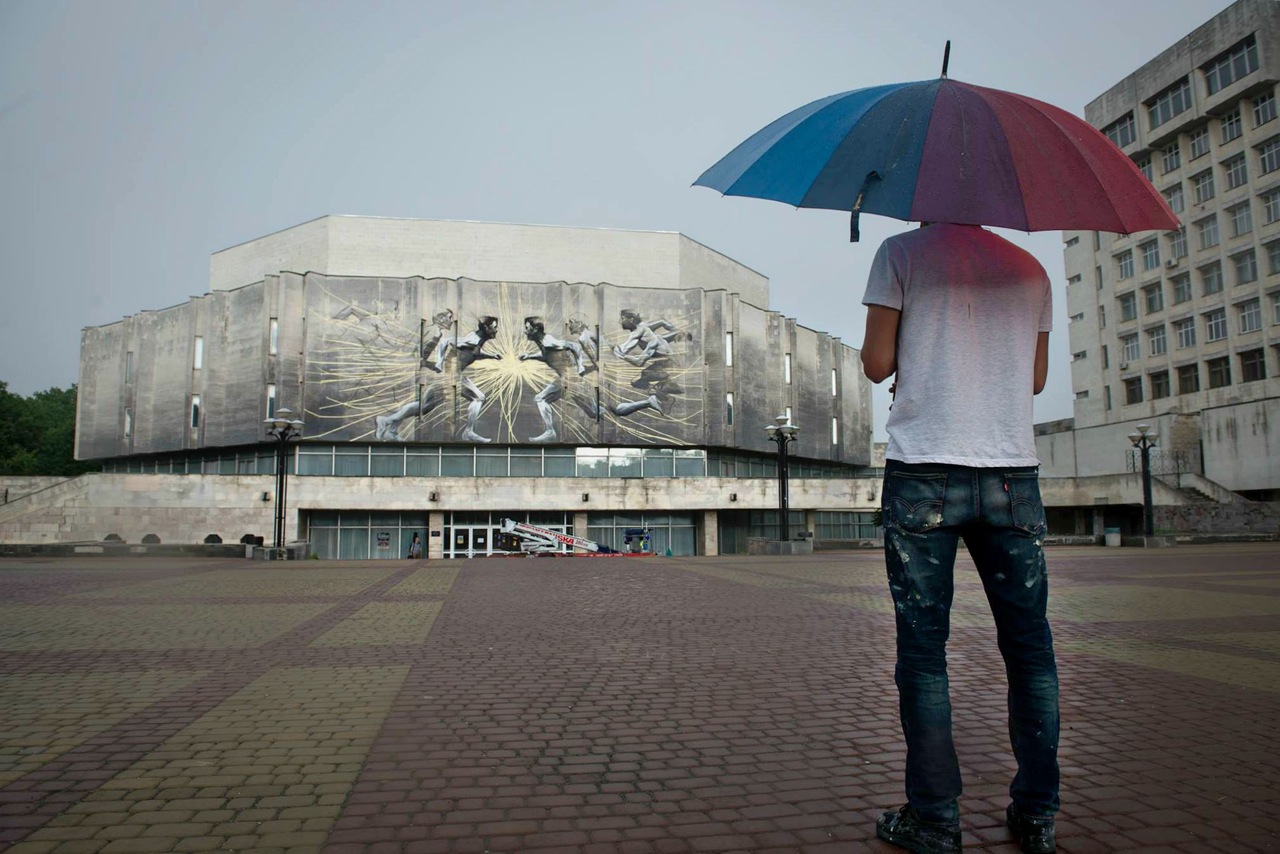 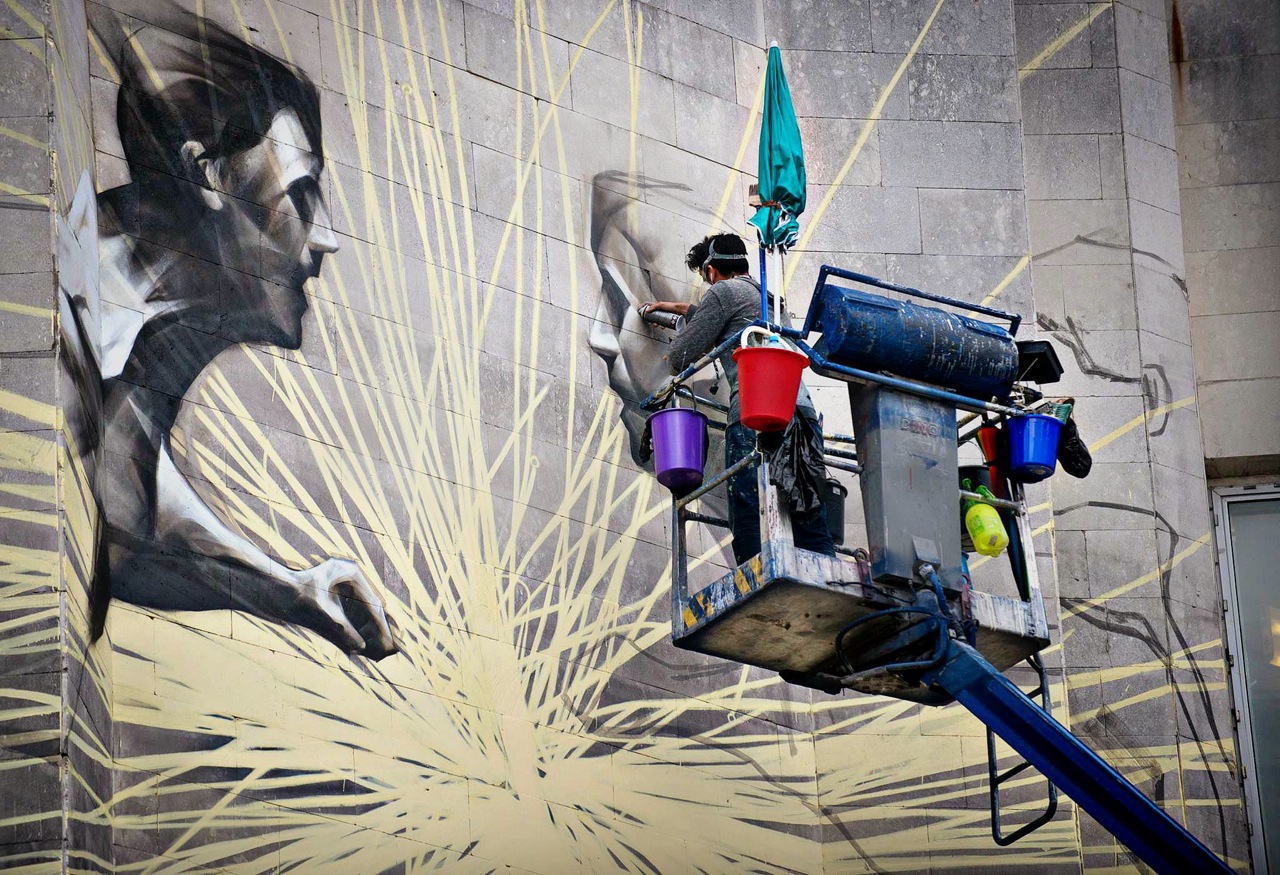