Recently in Berlin, Aaron Li-Hill (interviewed) finished up a sweet mural for the One Wall Project organized by Urban Nation. Entitled Rise and Fall, the new piece takes inspiration from the greek goddess of victory as well as the film Wings of Desire, both sourced from the background of the capital city. Navigating 24 windows on the facade of the building measuring five stories high, the wall painted ended up being Li-Hill’s largest one to date.

The American artist further explains these fallen angels – “Based on two source points, a famous statue in Berlin based on the greek goddess of Victory (Siegessäule/ The Victory Column) and the film Wings of Desire by Wim Winders, where an angel becomes human to experience the world. As well as speaking to the spirit of renewal and reinvention, this piece at its core is based on the fragile and unsustainable concept of constant progress and the fallacy of victory. All empires are bound to fall but something new is always born from it.” 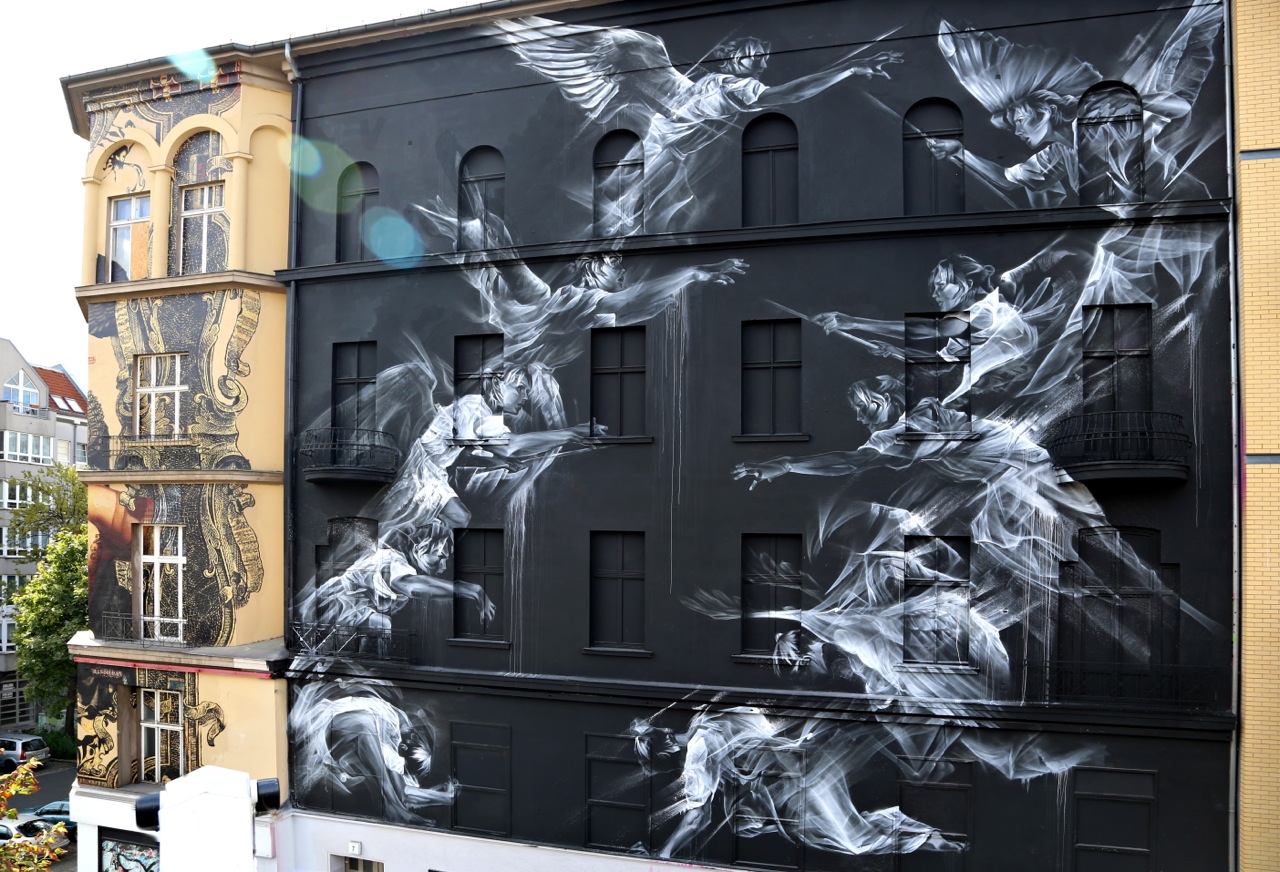 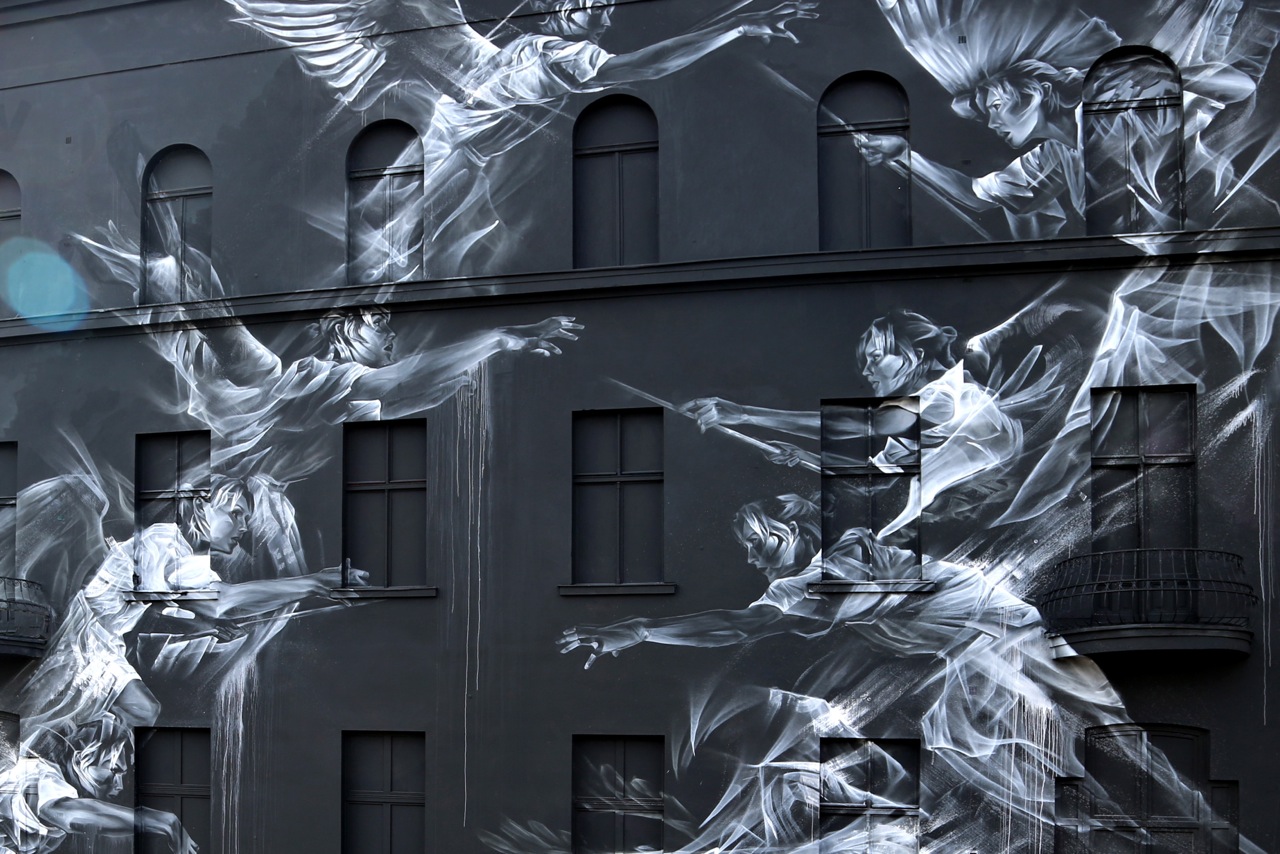 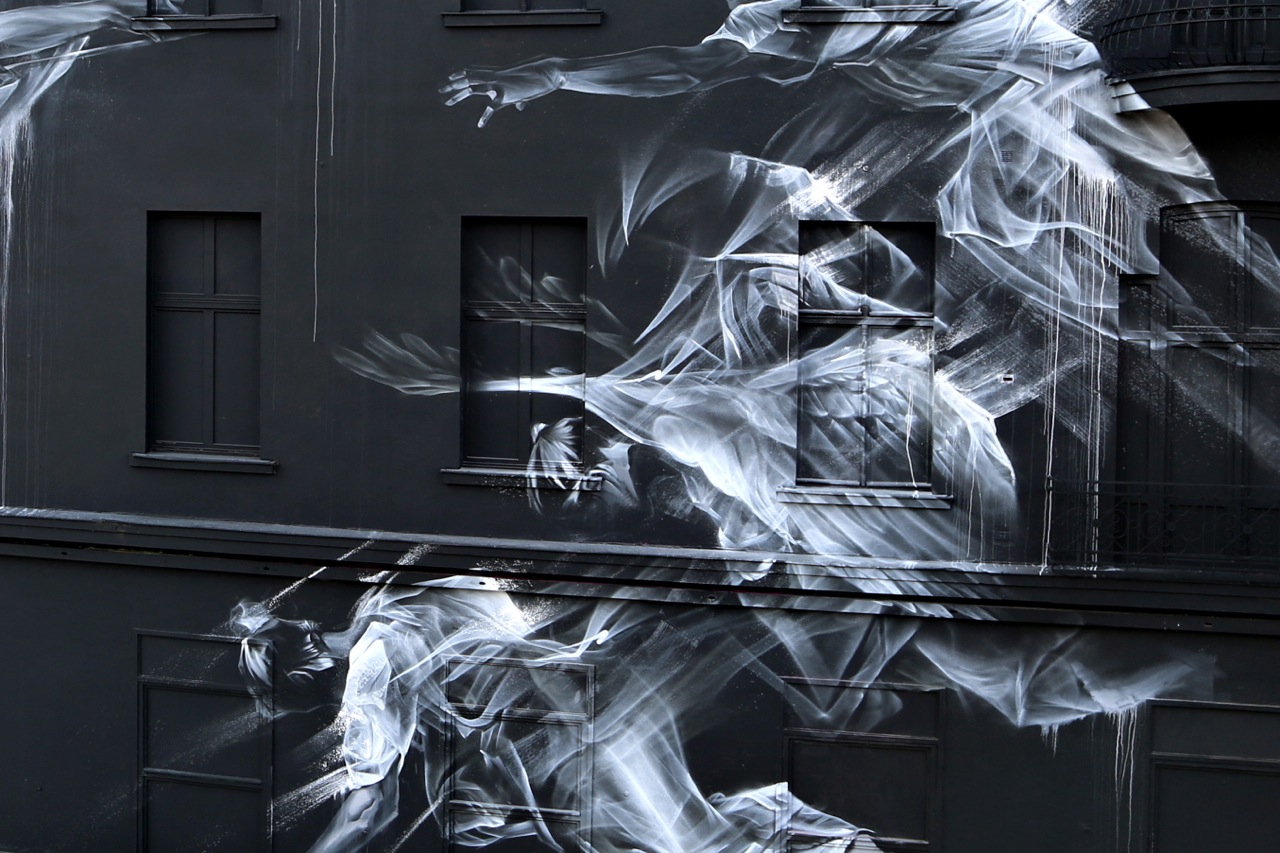 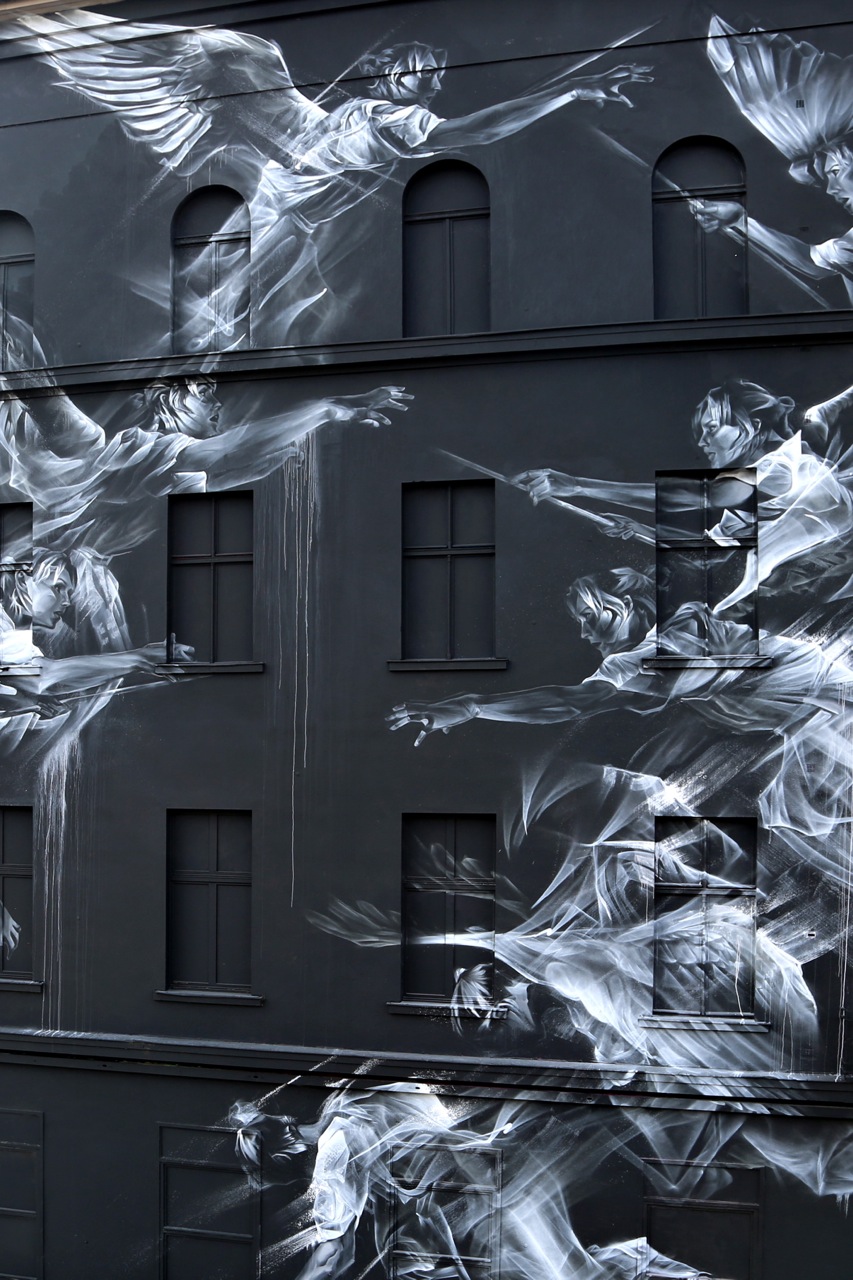 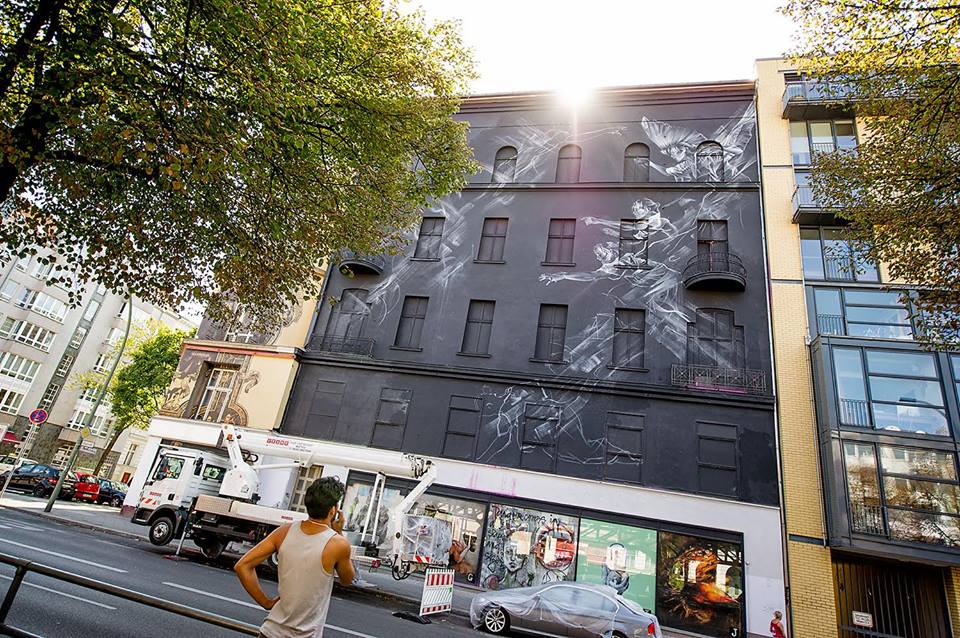 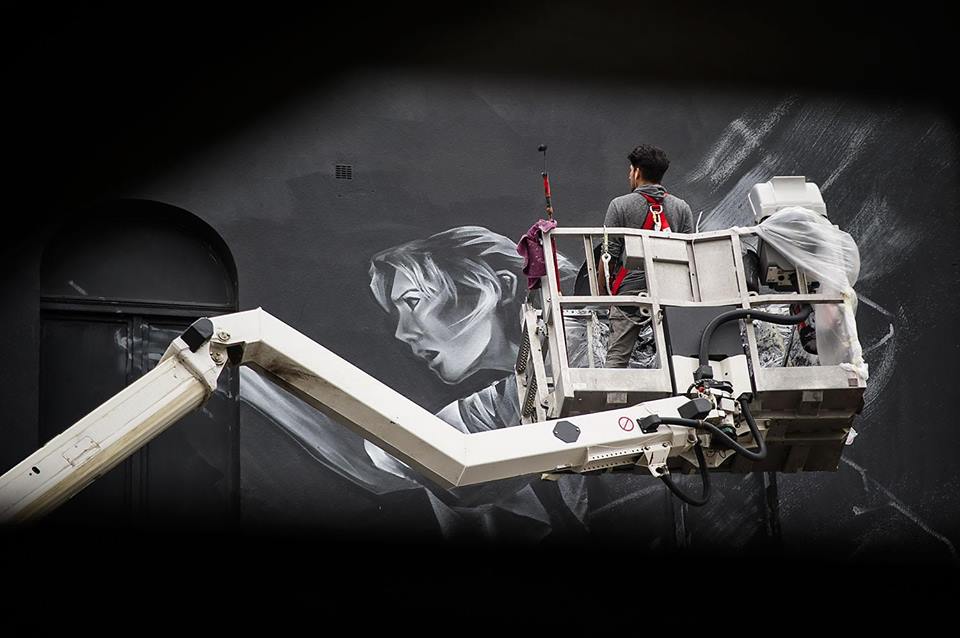 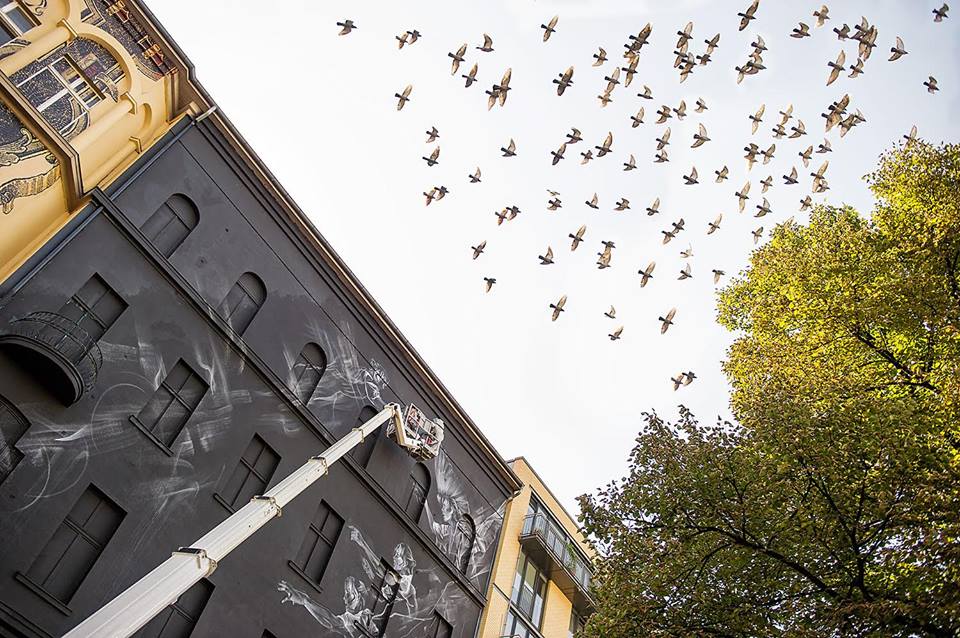 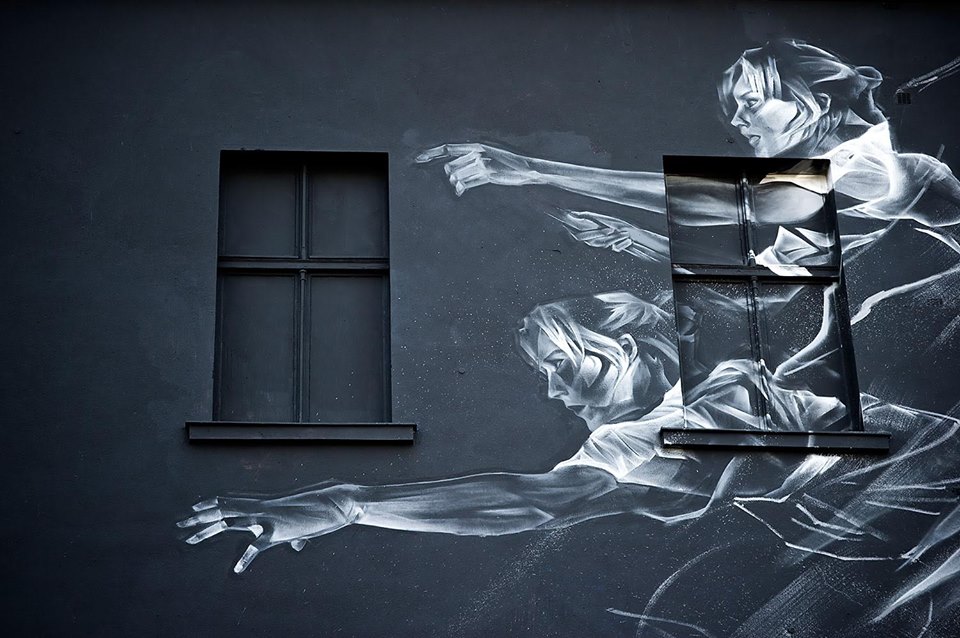