Swamped with Basel Week Miami coverage, we’ve almost missed the release of a new print by the Spanish artist Aryz. His latest self produced and self released print is titled Death of Beauty and we were told only few copies are still left unsold.

Though known primarily for his unique large murals, Aryz chose a color pencil study as an image for his latest release. Always up for trying new things, and true to the concept of studies and drawings being the most honest form of visual expression, this image is a great example of his powerful color play. Using very few outlines and very expressive strokes, he created this strong image of a hand choking a bird. Not pretty in its message, but beautiful in its execution, it’s a cruel reminder of human’s impact on nature around us. The 50 x 70 cm silkscreen was released in limited edition of 150 copies printed on 300gr 100% cotton paper using 4 UV colors via Aryz.es. Each is coming signed, numbered and embossed by the artist, with a matching stamped and hand finished certificate of authenticity and stamped tube.\ 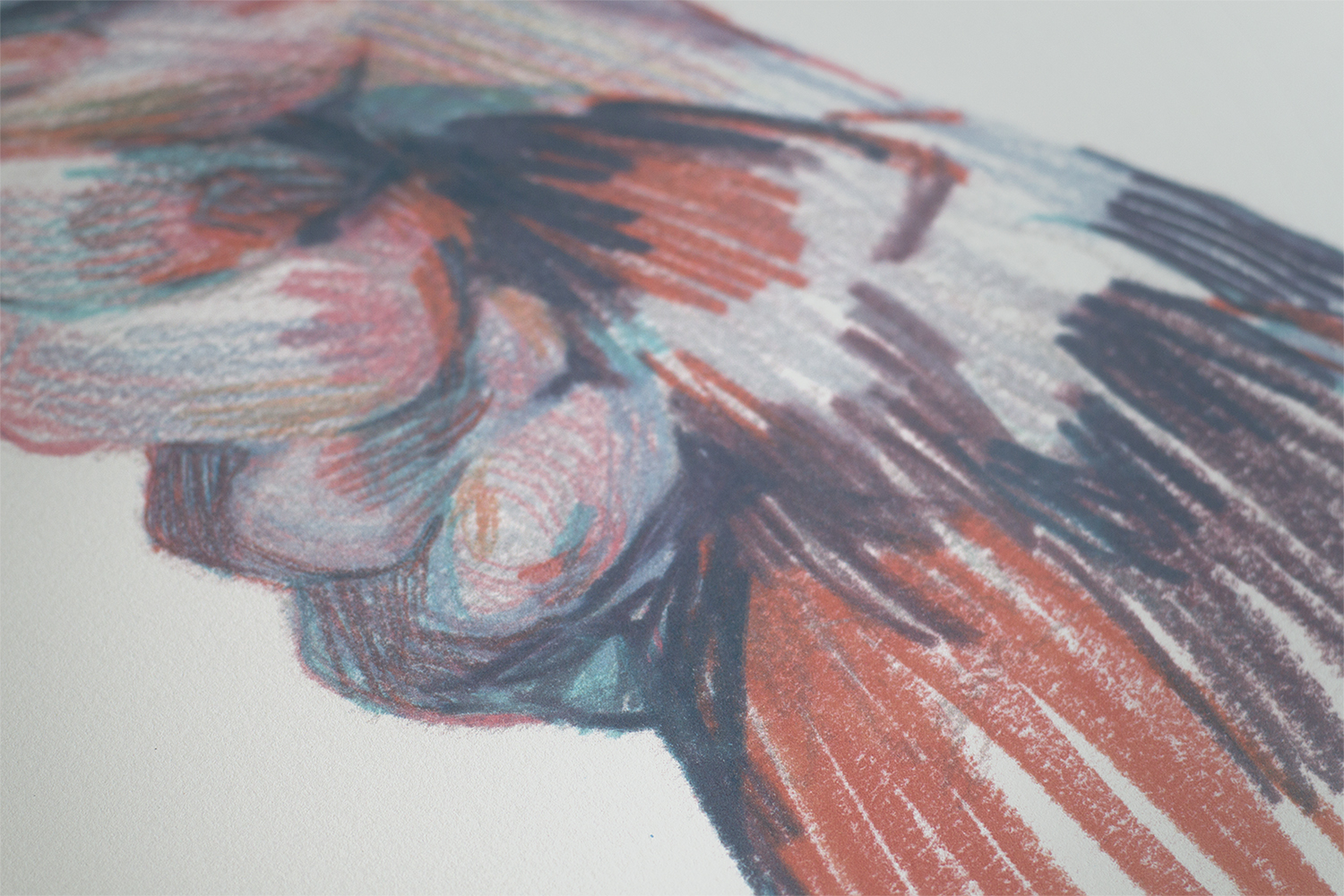 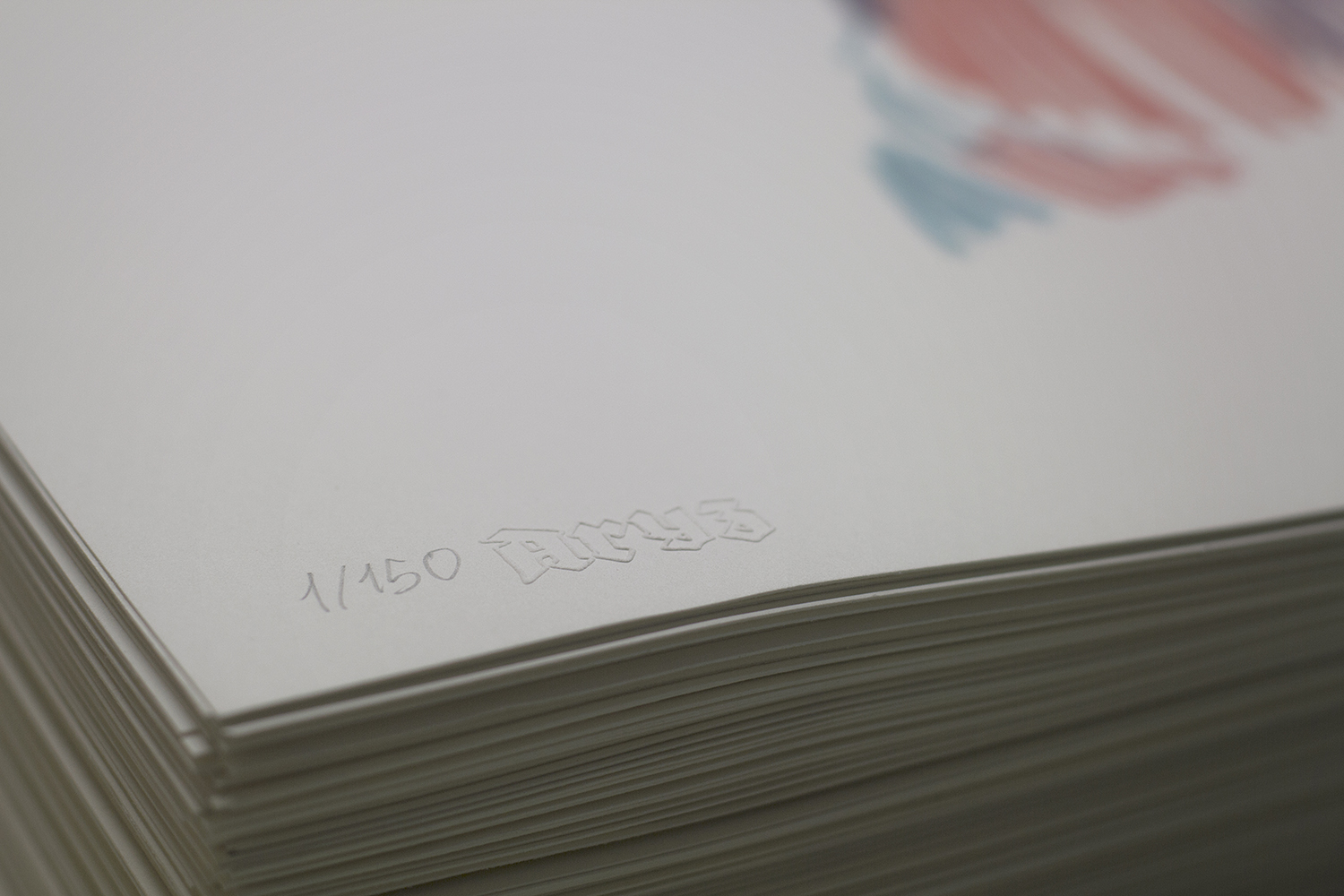 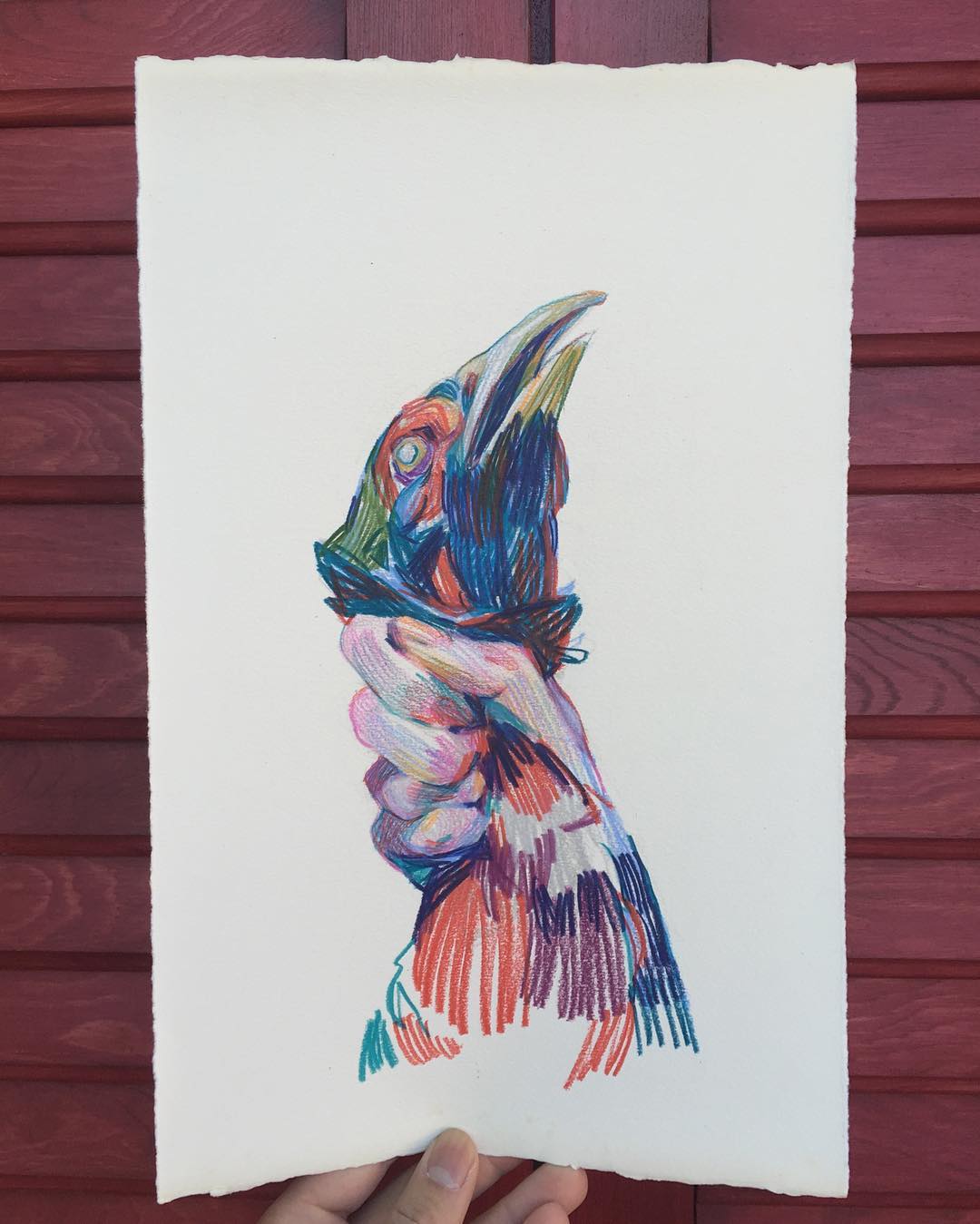