Inspired by the unique nature in the region, as well as the quaint life of the remote Norway city, Russian artist created a playful image depicting a young boy spray painting the Aurora Borealis (Northern Lights) above his town. The upcoming print features the same image, released in two editions – a main edition of 50 copies includes the 8 colour hand pulled screen print image, along with a hand applied varnish and green spray painted Northern Lights, and the variant edition of 15 copies with a warmer color Aurora Borealis (orange/purple/yellow). The self produced prints all come signed and numbered by the artist and are measure 50 x 70 cm. 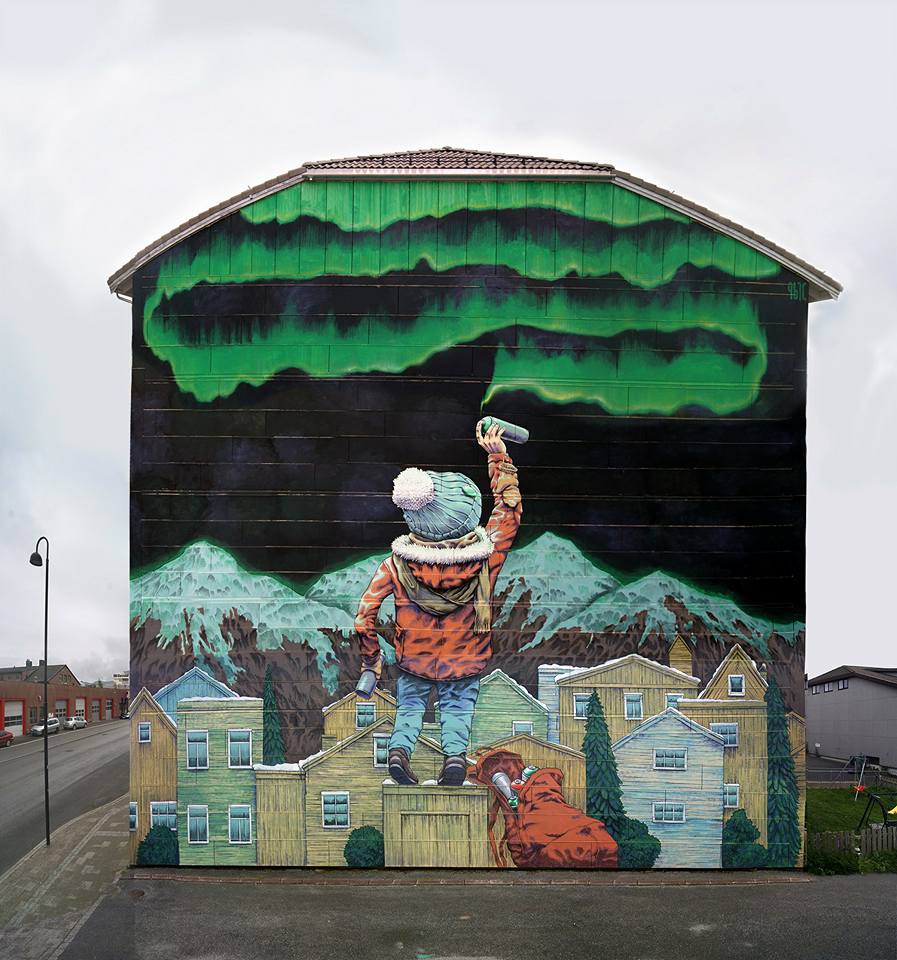 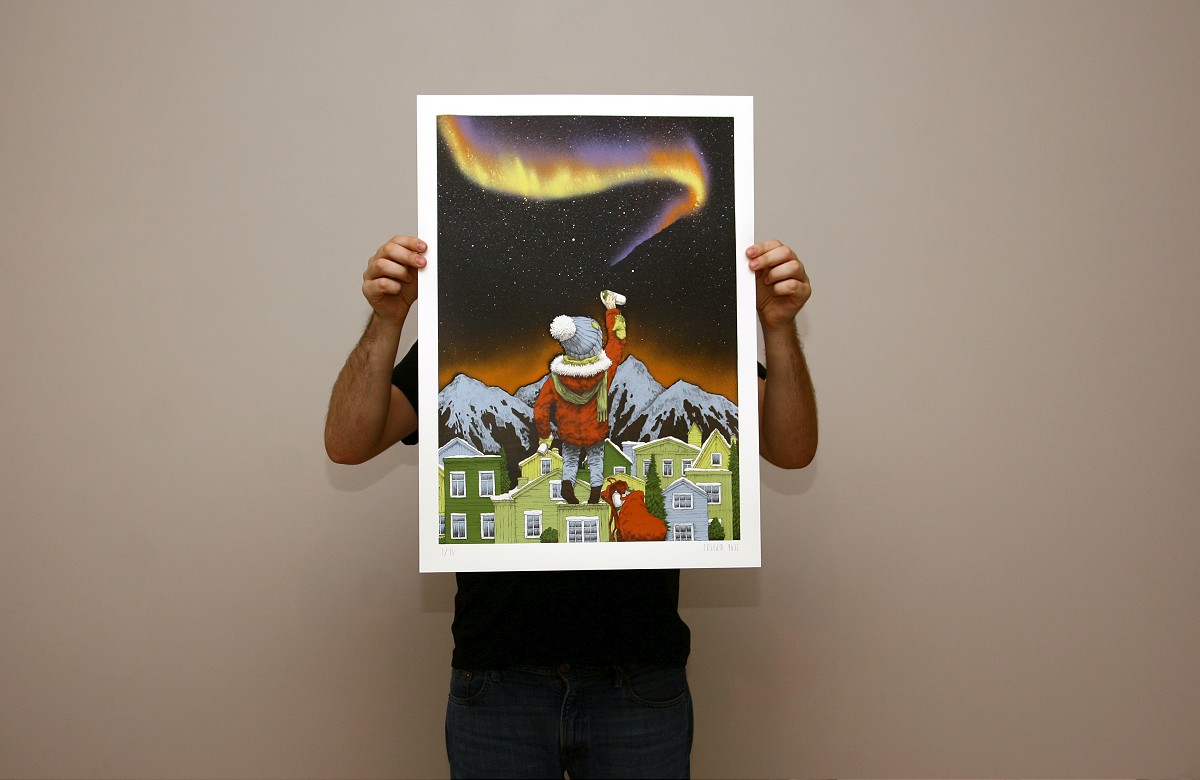 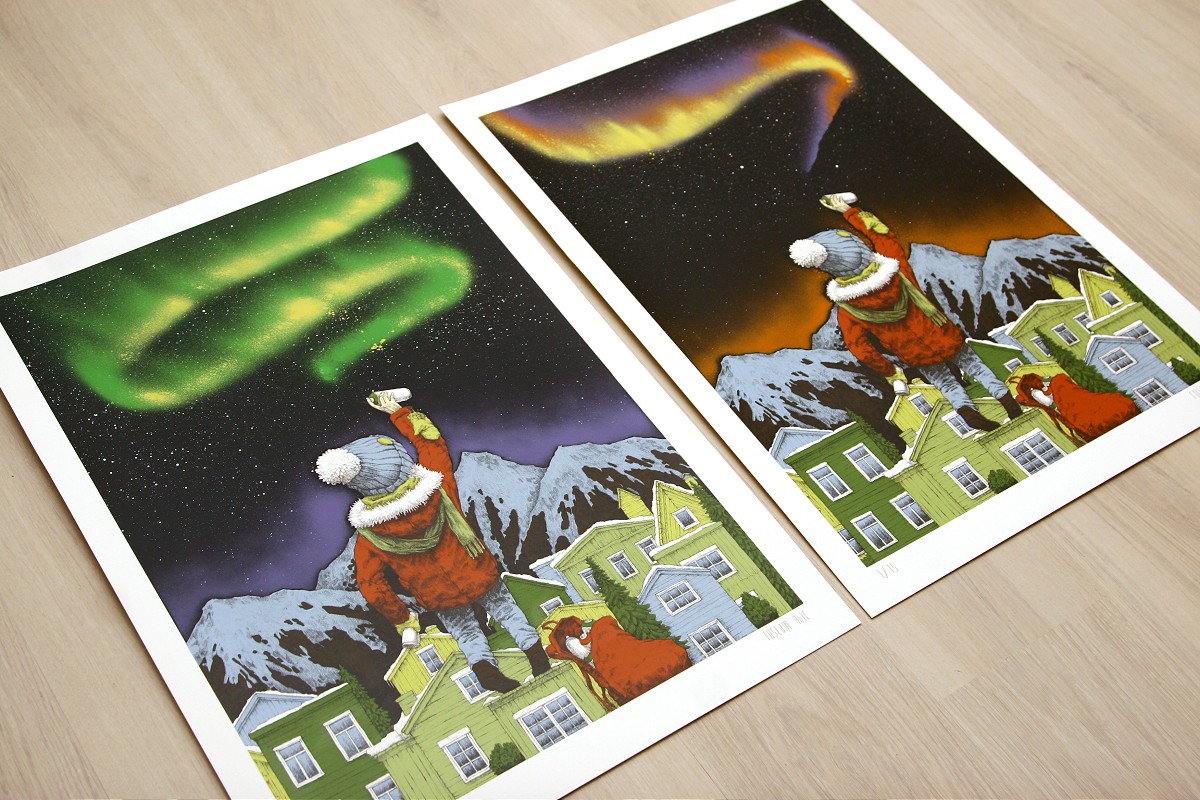 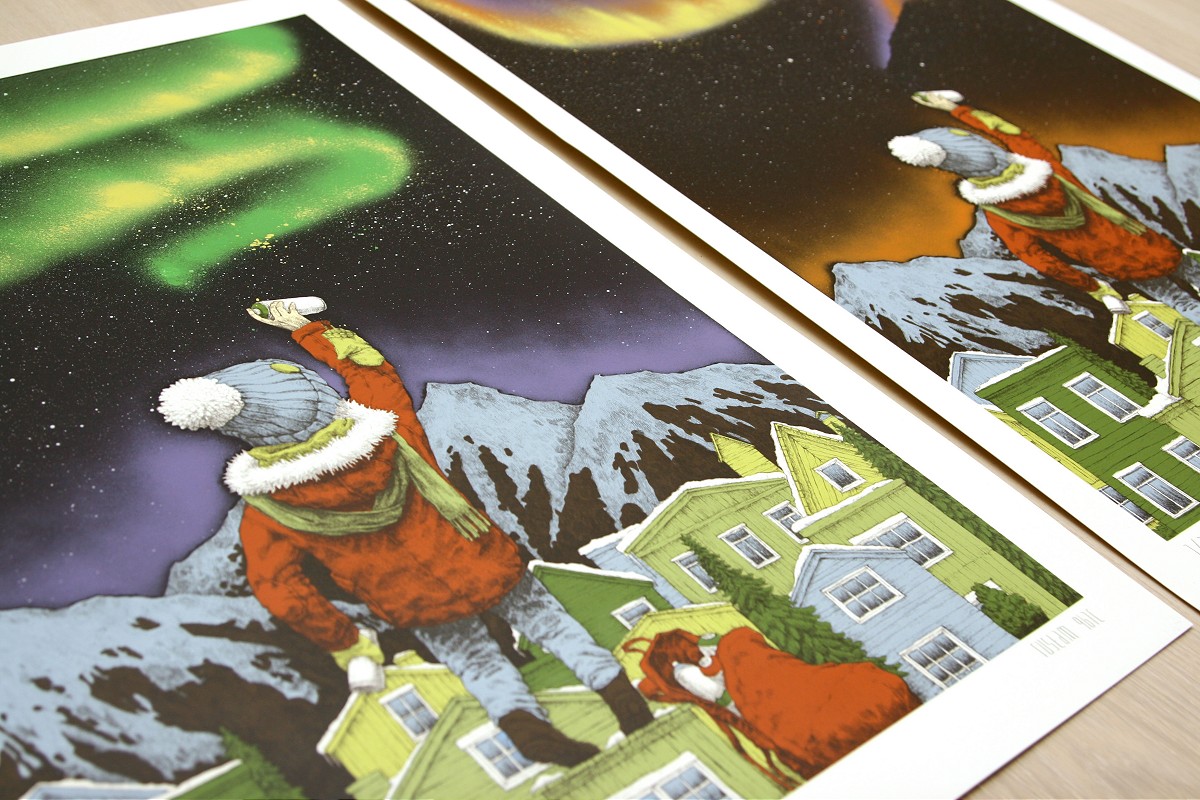 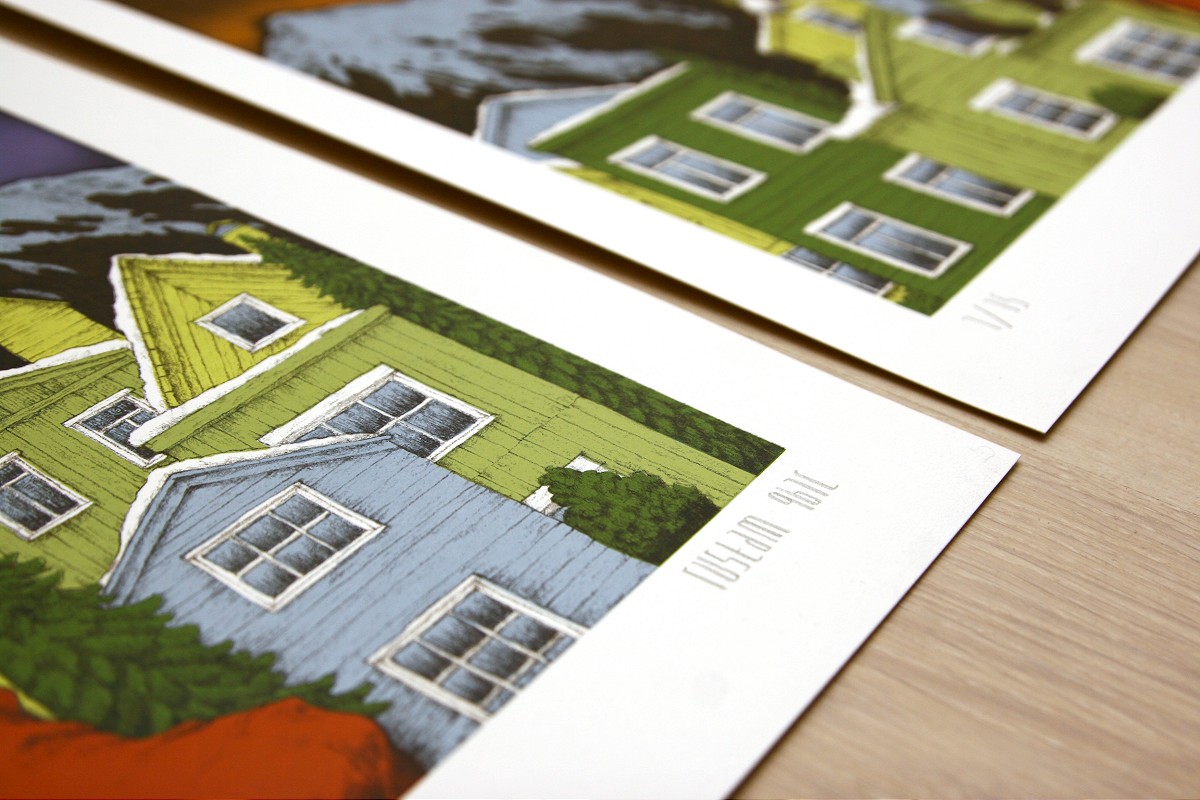 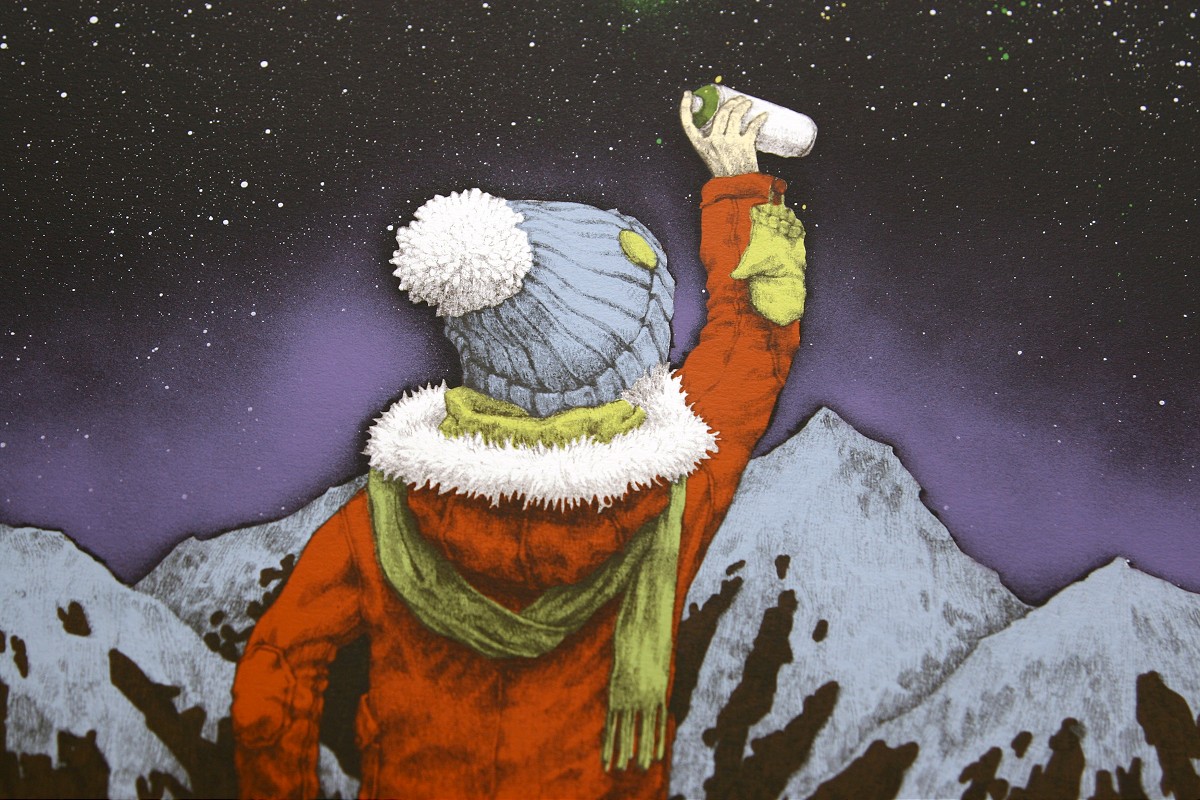 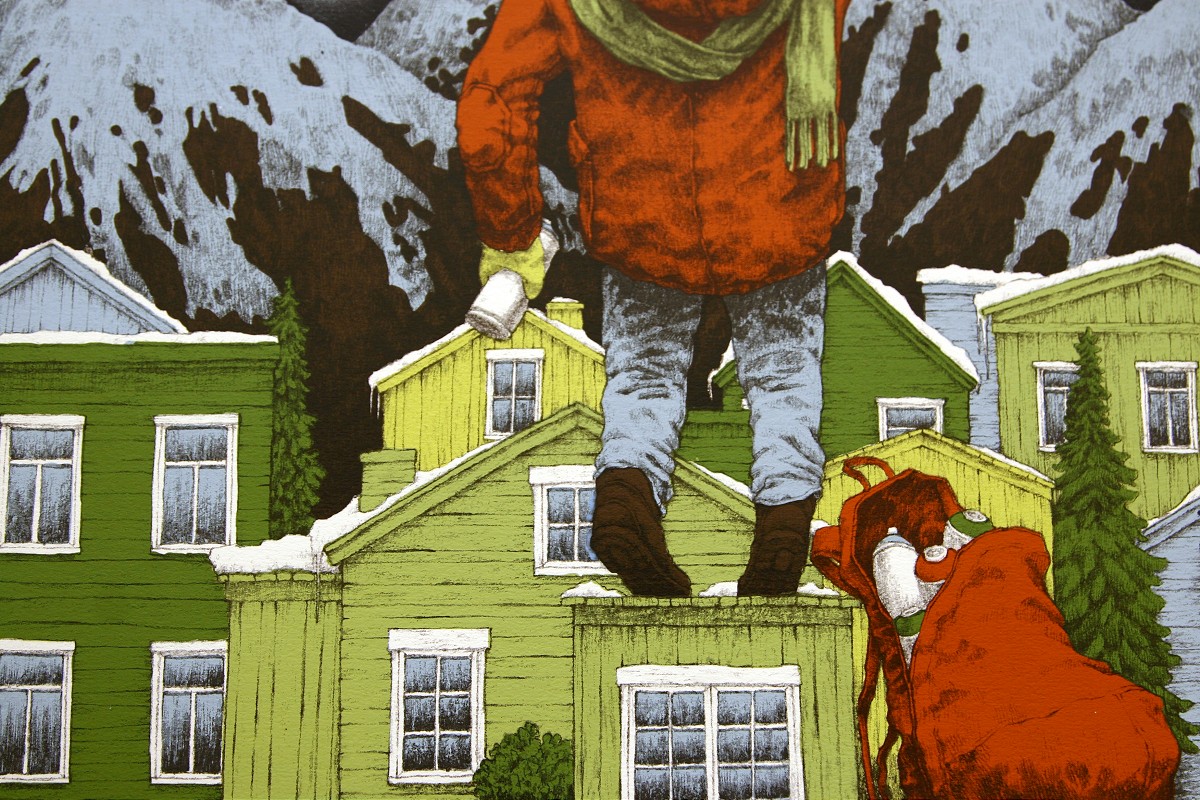