We just received some interesting news from Ludo (interviewed) about the launch of his online store and a new edition release. On April 20th at 6pm Paris Time (CET), he will be releasing his new hand finished screen print Palynology or Police Bee through EnjoyTheViolence.com.

The image that was first introduced as a large wall piece in Katowice, Poland in 2012 was inspired by the actual use of bees by the police, more precisely, the study of the pollen for special investigations. In his signature style, Ludo’s mech bee is armed with a swat shield for wings, a helmet, and has a “Police” logo on it. Enjoytheviolence.com is planned to be an official primary source for his editions, and this debut print will be released in a small edition of 50 + 5 AP’s. Screen printed in NYC by Axelle Editions on Coventry Rag Paper 335gsm, each print is hand finished with acrylic / graphite / aerosol, measures 80×80 cm and comes signed and numbered by the artist. 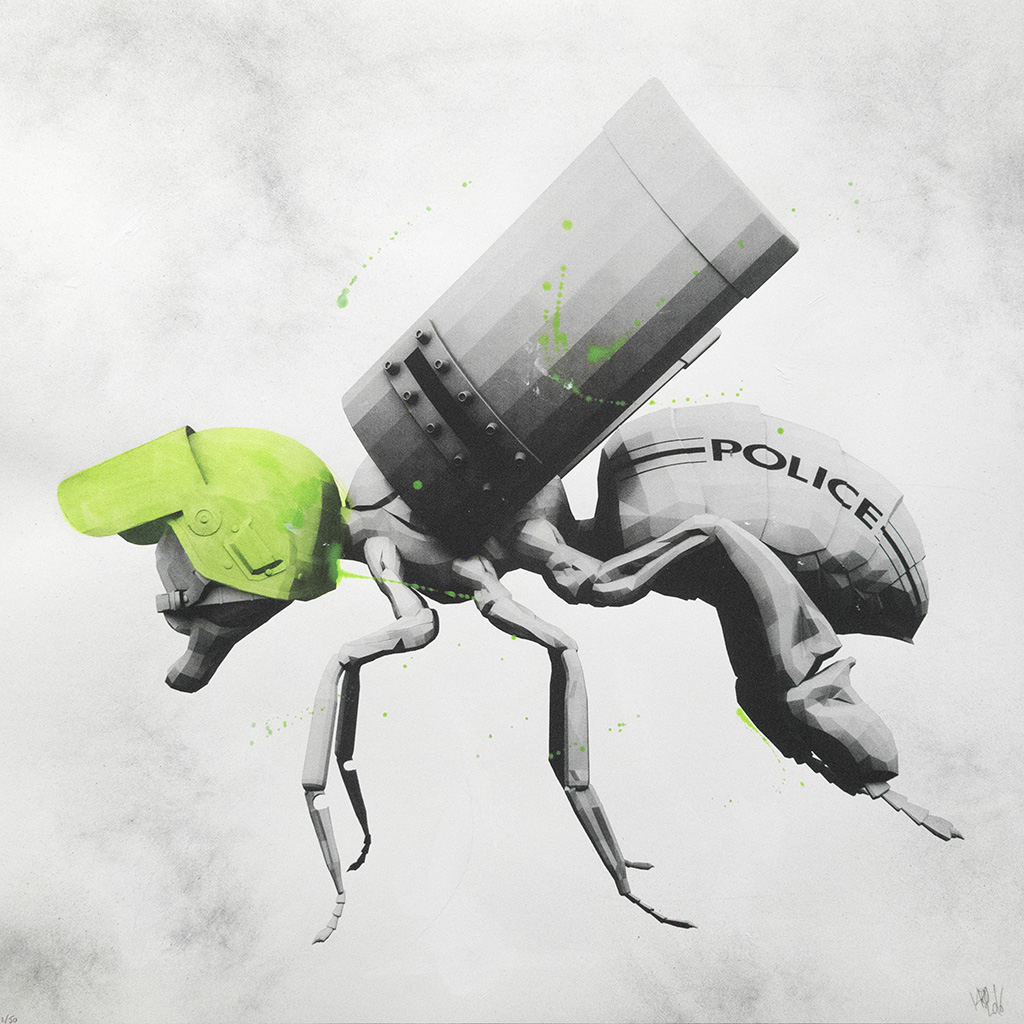 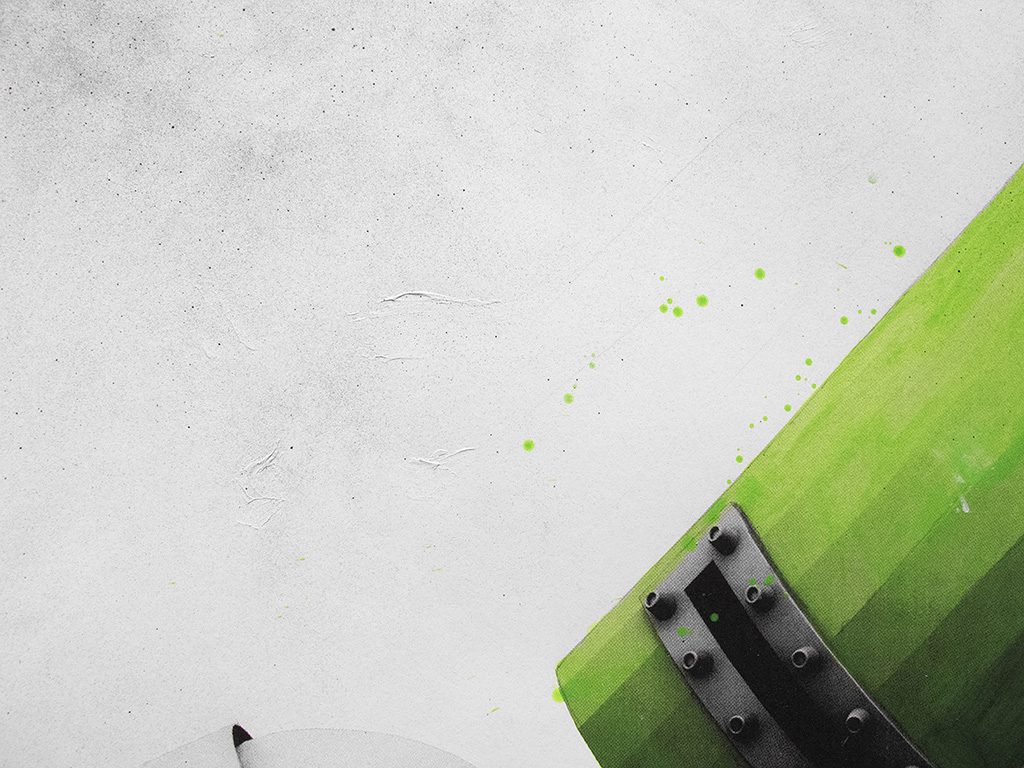 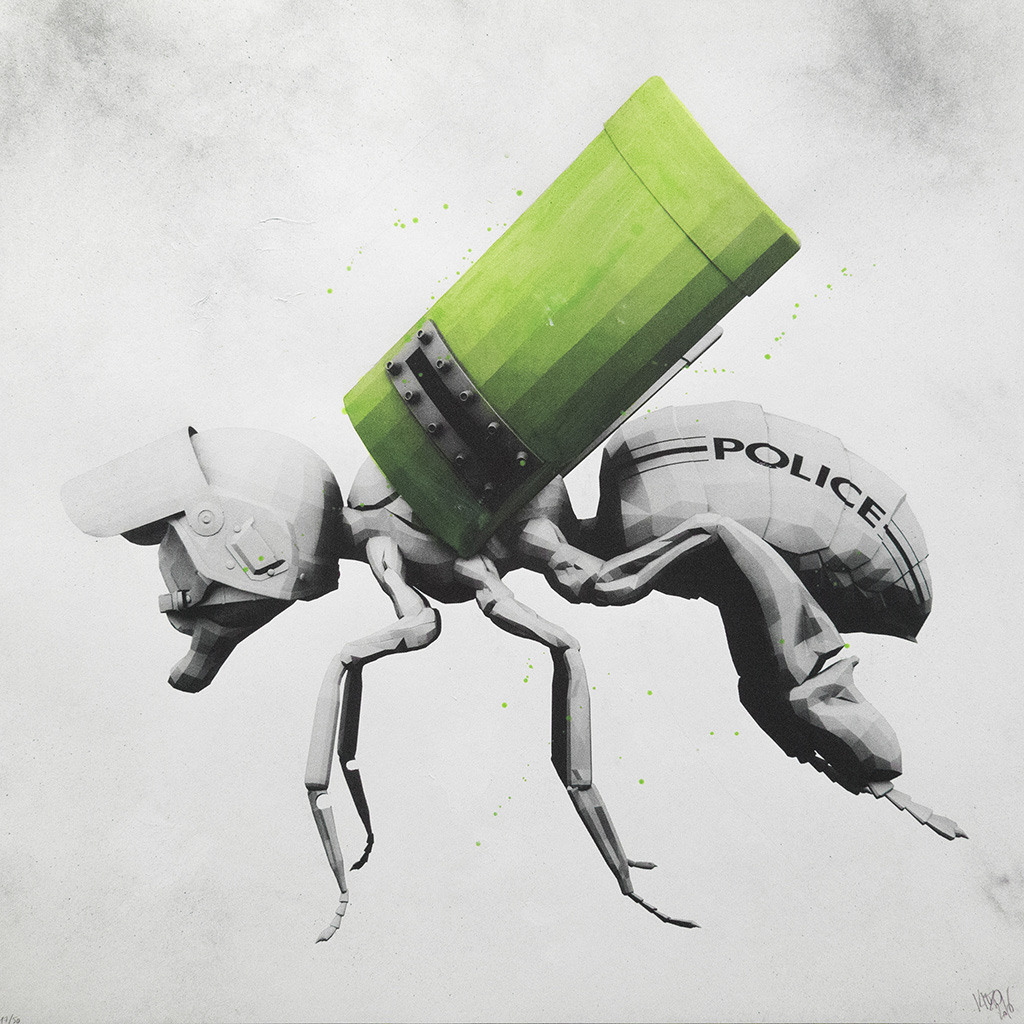 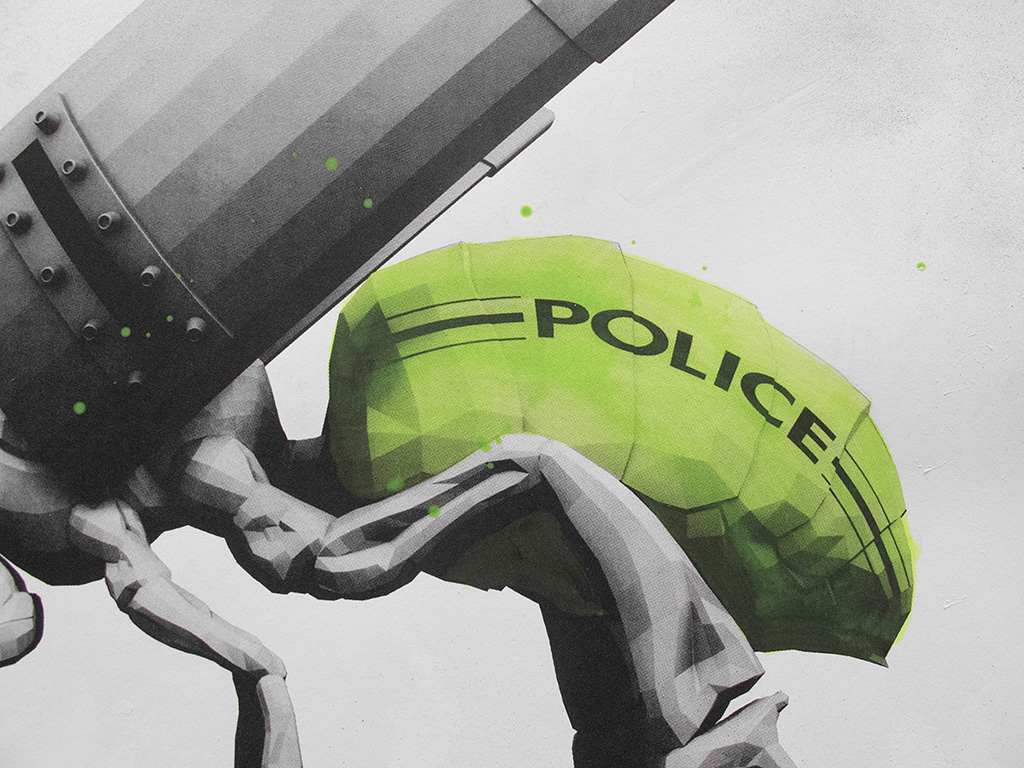 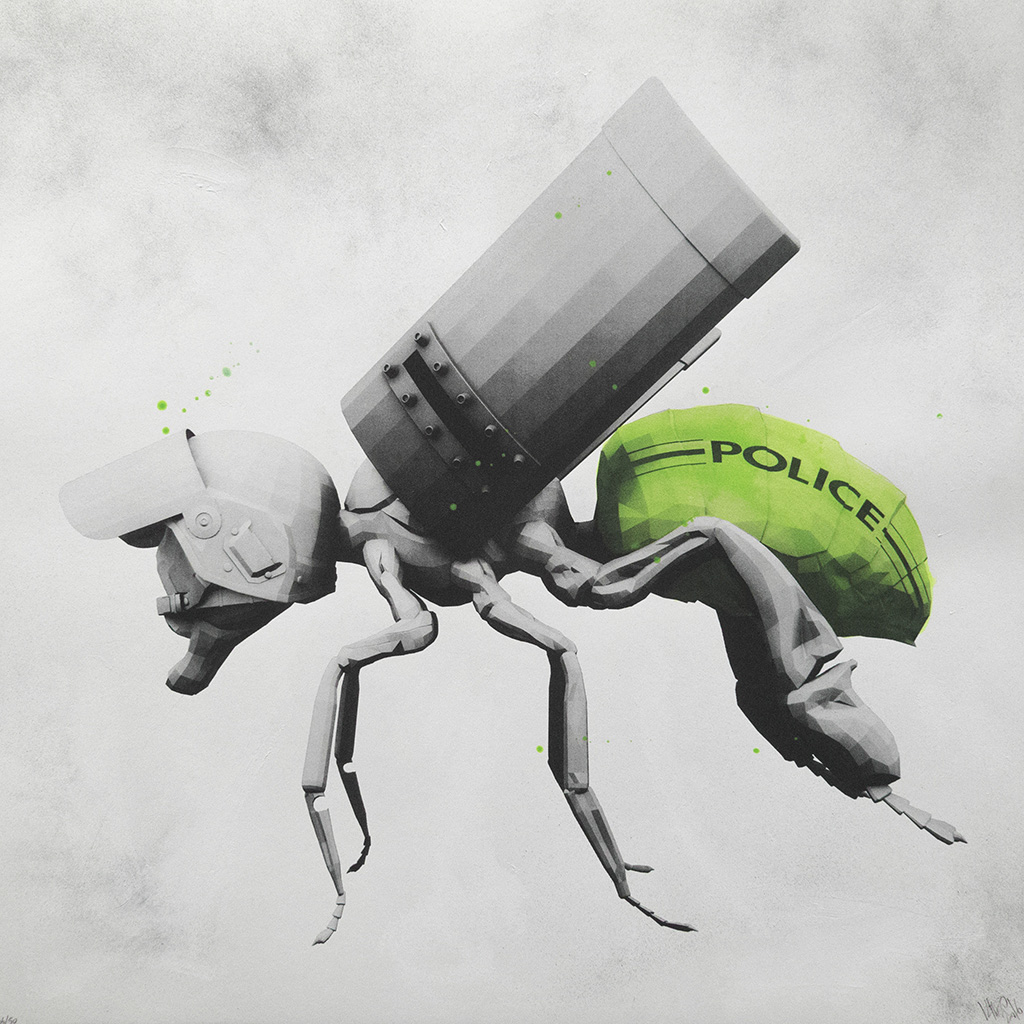 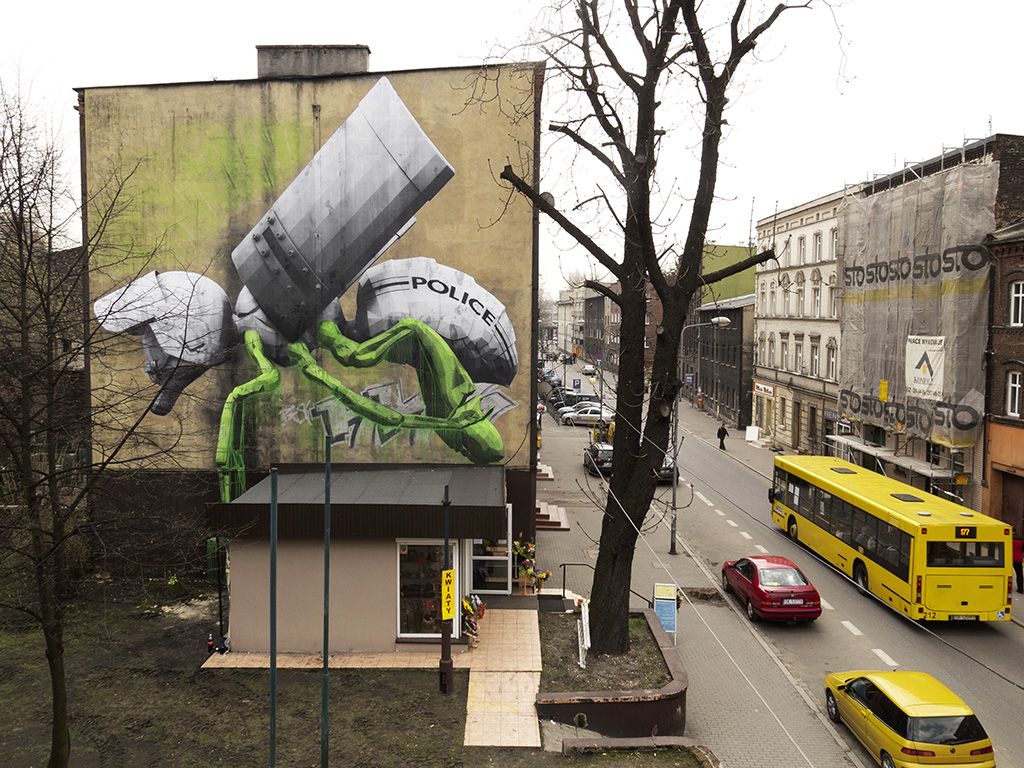