Ludo (interviewed) is currently in NYC working with the brand new printing company NYC editions. Invited in town to participate in their upcoming show opening on August 15th at Castor Gallery, as well as produce a new hand finished limited edition print with them, the French artist also took the opportunity to create some public works in the city as well.

The show Metropolis will be featuring original works by Ludo, Miss Bugs, Bast, Cleon Peterson, Futura , Herr Nilson, QBic, Ellanah Sadkin, Adam Dare, Cash4, Snik, Hellbent, Yarrow Slaps, Michelle Guintu and Priest on the main floor of the gallery. Along with the show, this event will mark the official release of an exclusive hand finished print that Ludo worked on for the last couple of days. The image picked for NYC Editions’ debut release is Tulip Mania – a part flower, part sniper gun. The idea behind this work is to use the beauty and innocence of a tulip to accent the duality concept that is seen as a main idea of Ludo’s work.

After finishing the print edition, the artist pasted up a smaller shutter piece, and than spent a day working on this massive six story beast on a location arranged through LoMan Art Fest & L.I.S.A. Project. Showing one of his signature characters, a giant bee made of man made parts, this “killer bee” is perfect match for bustling streets of lower Manhattan. Created with his signature, minimal, DIY punk influenced palette consisting of black and white with neon green accents, it’s a great example of what LUDO has been creating all around the globe. 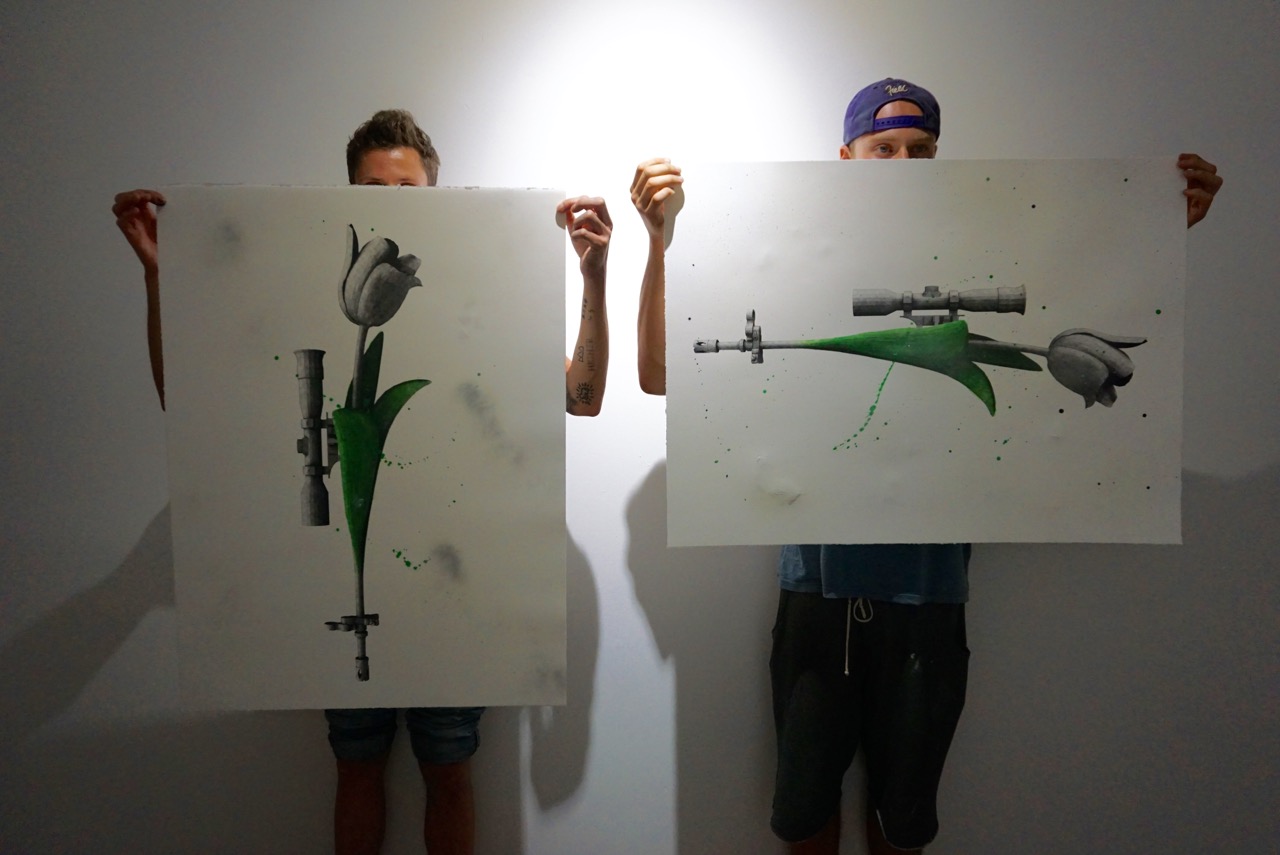 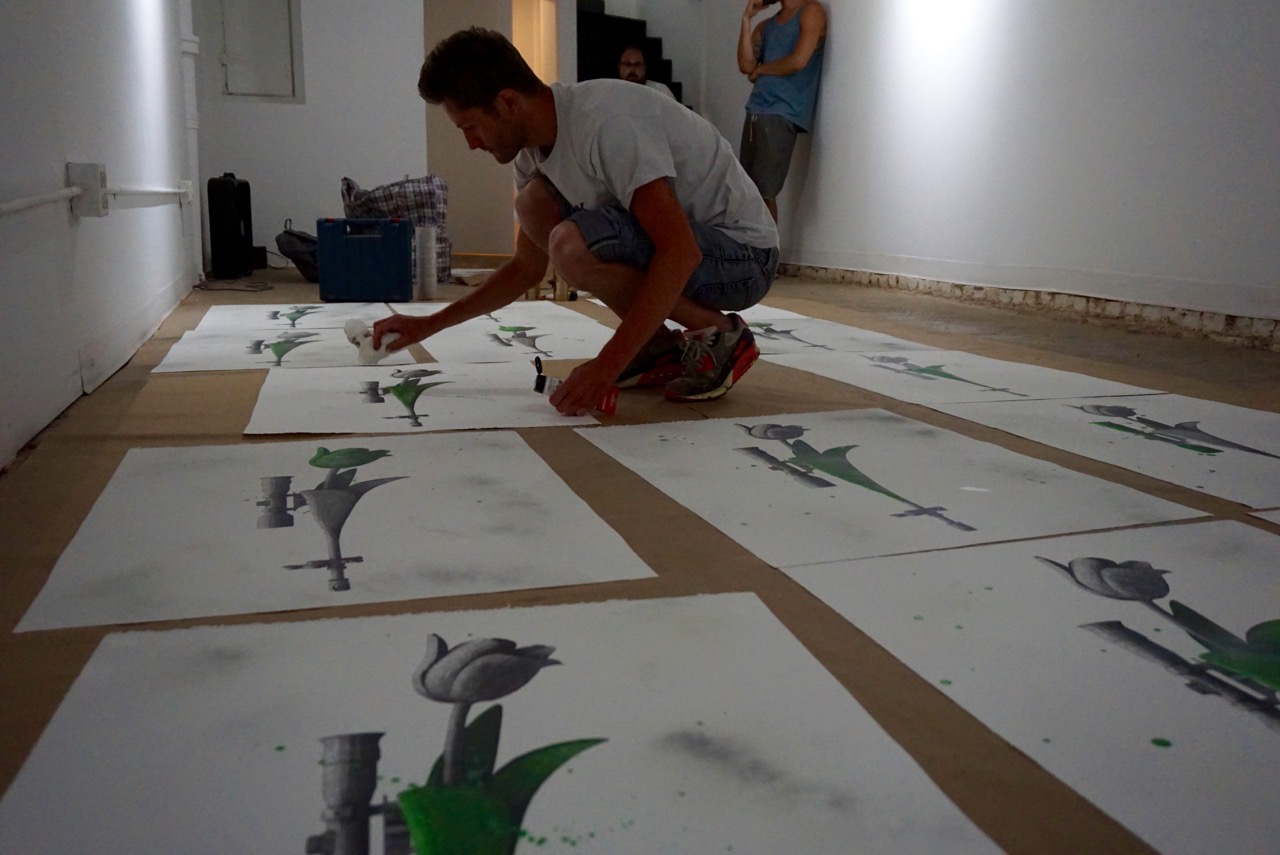 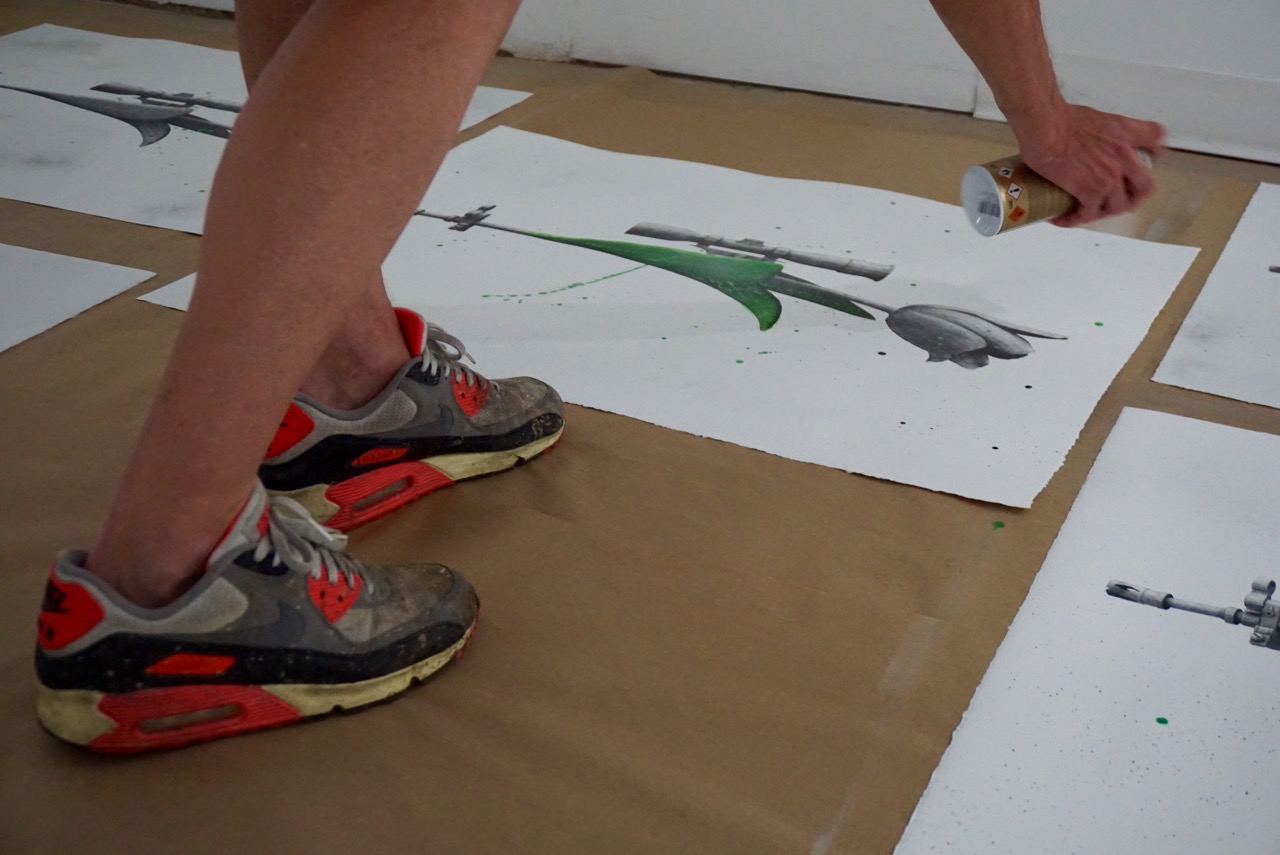 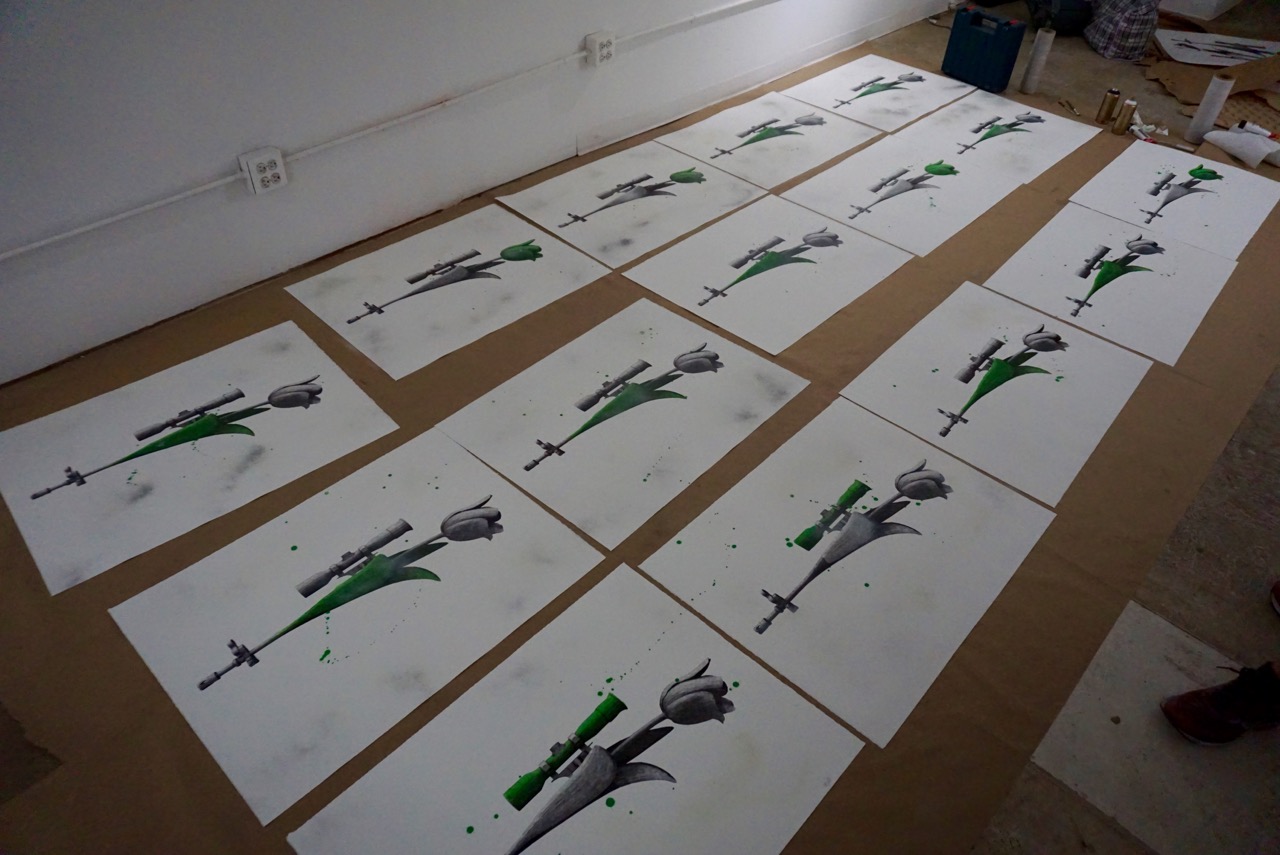 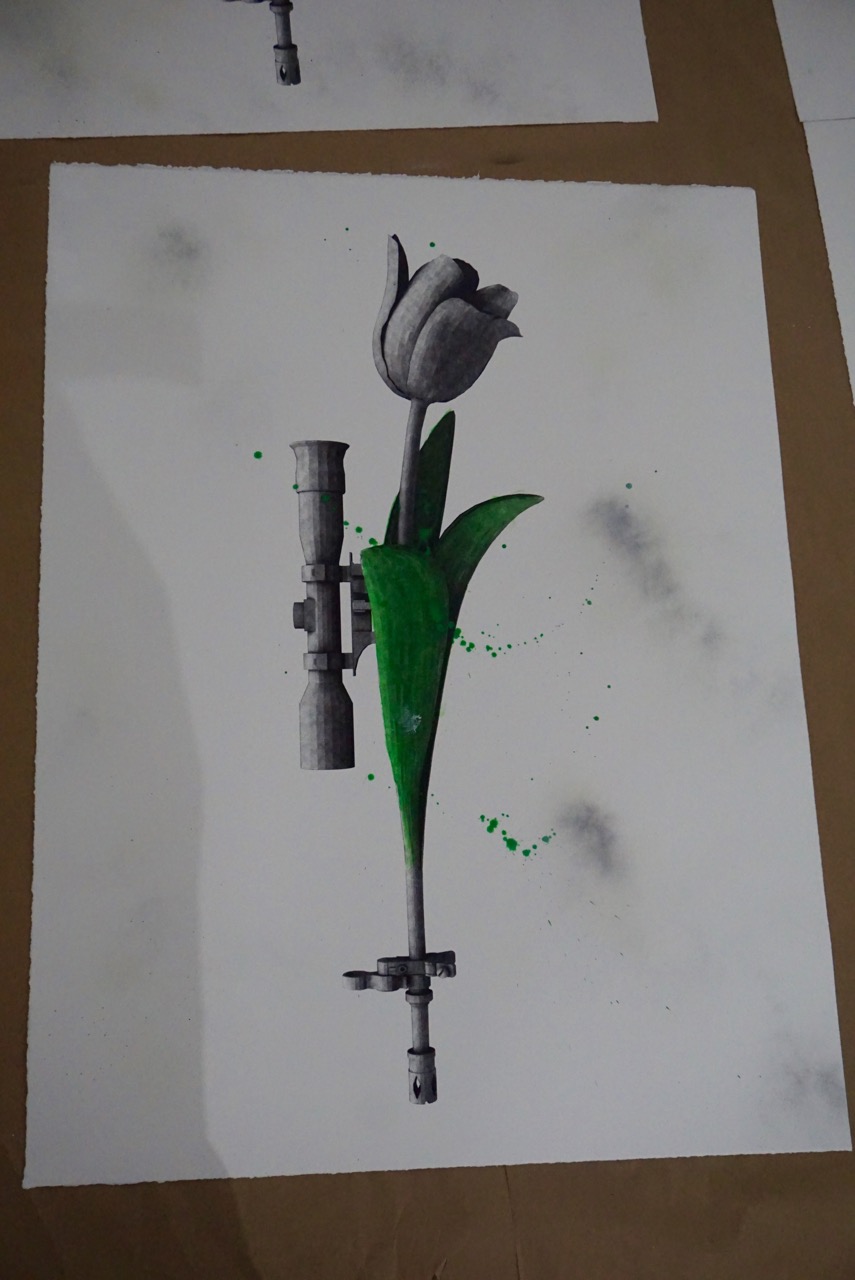 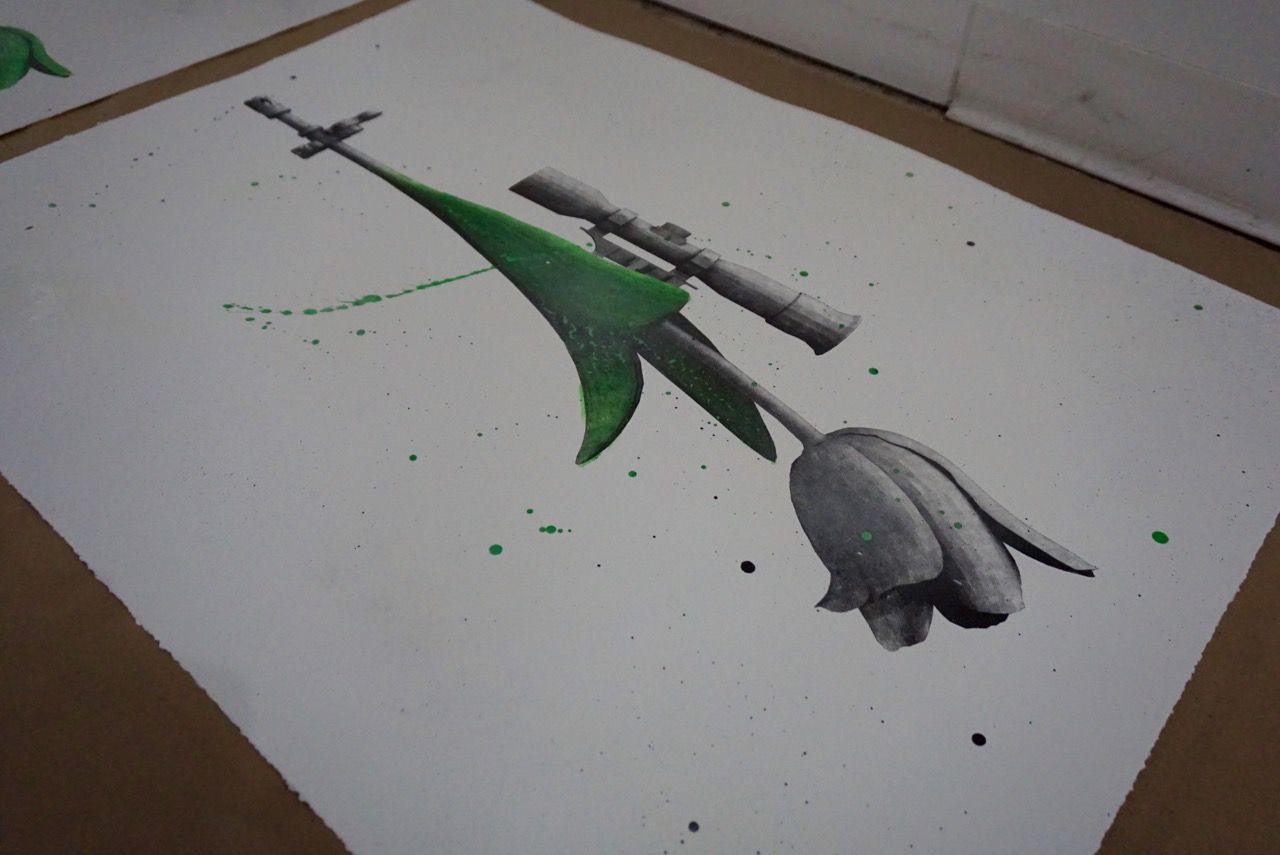 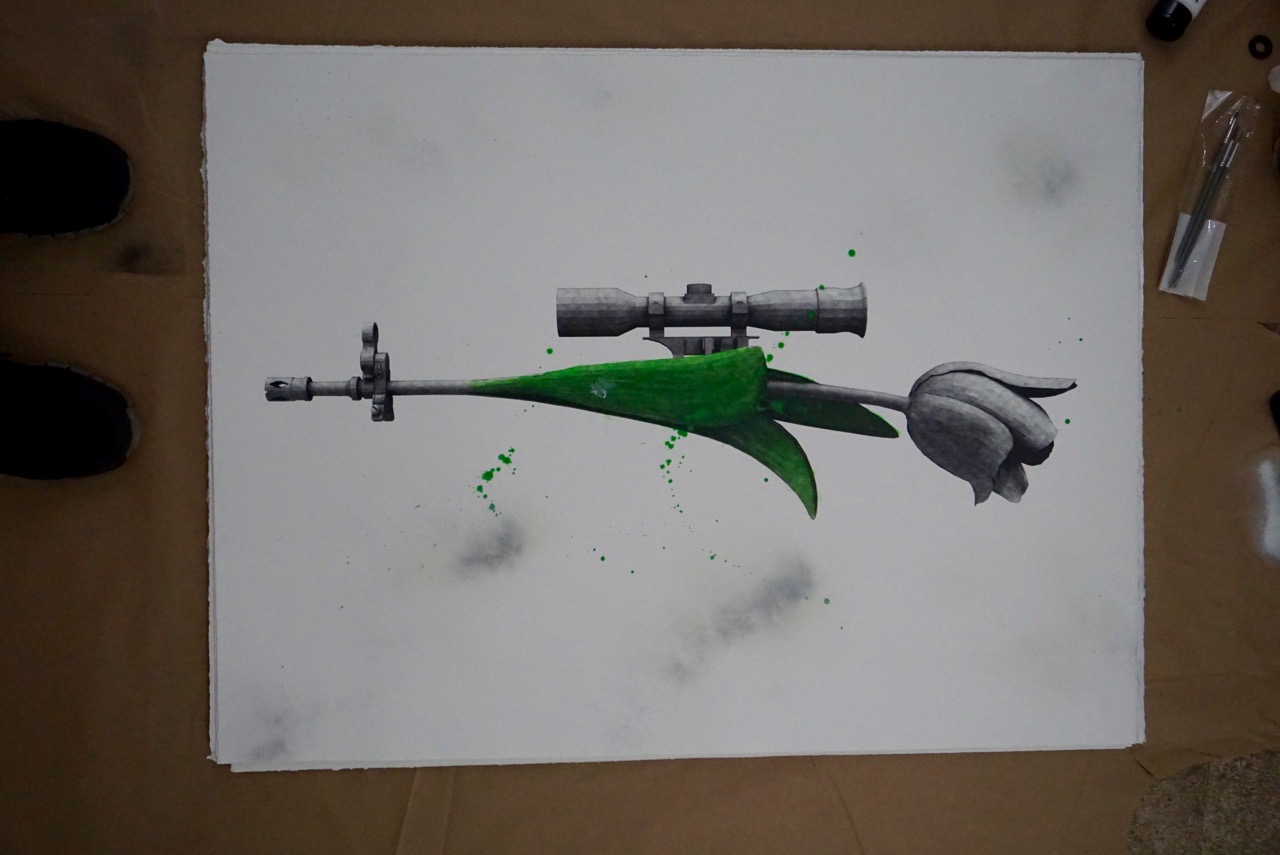 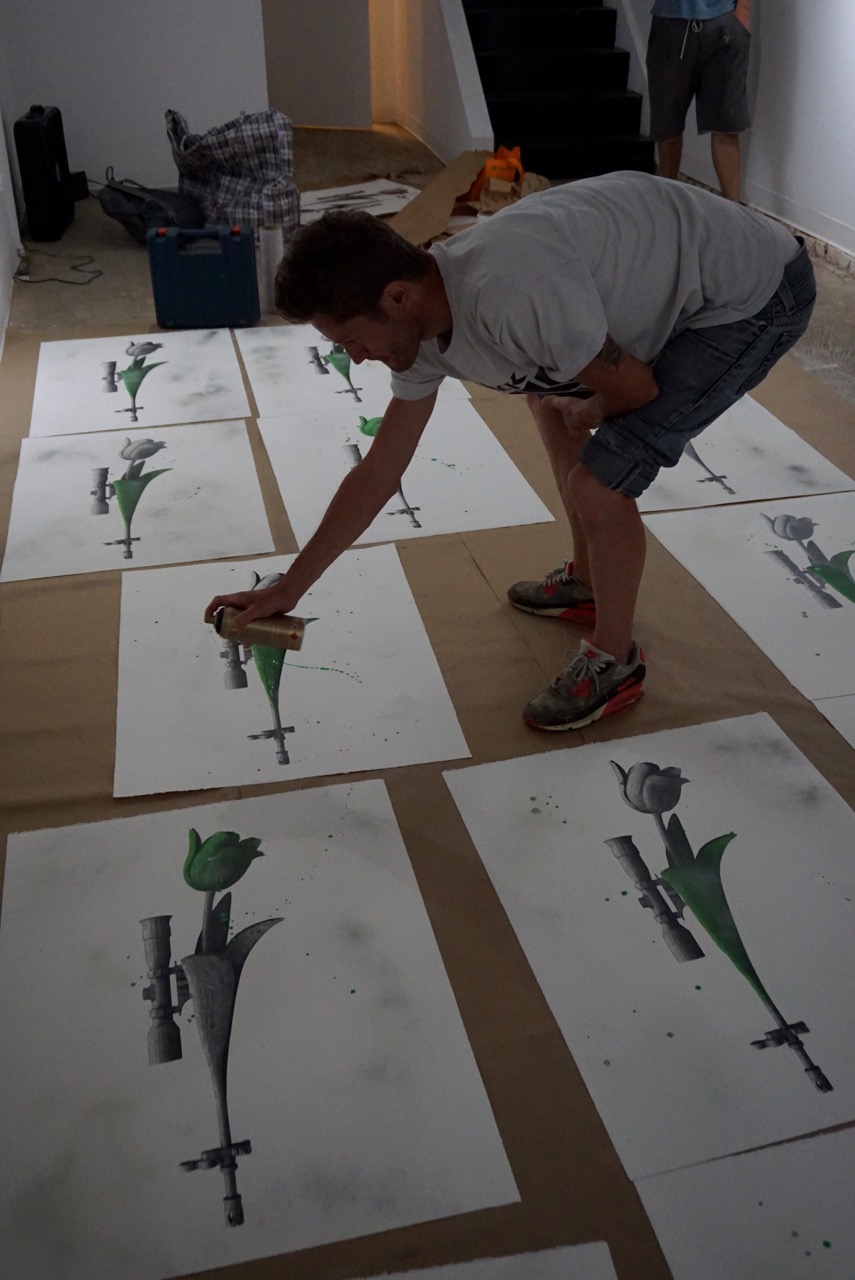