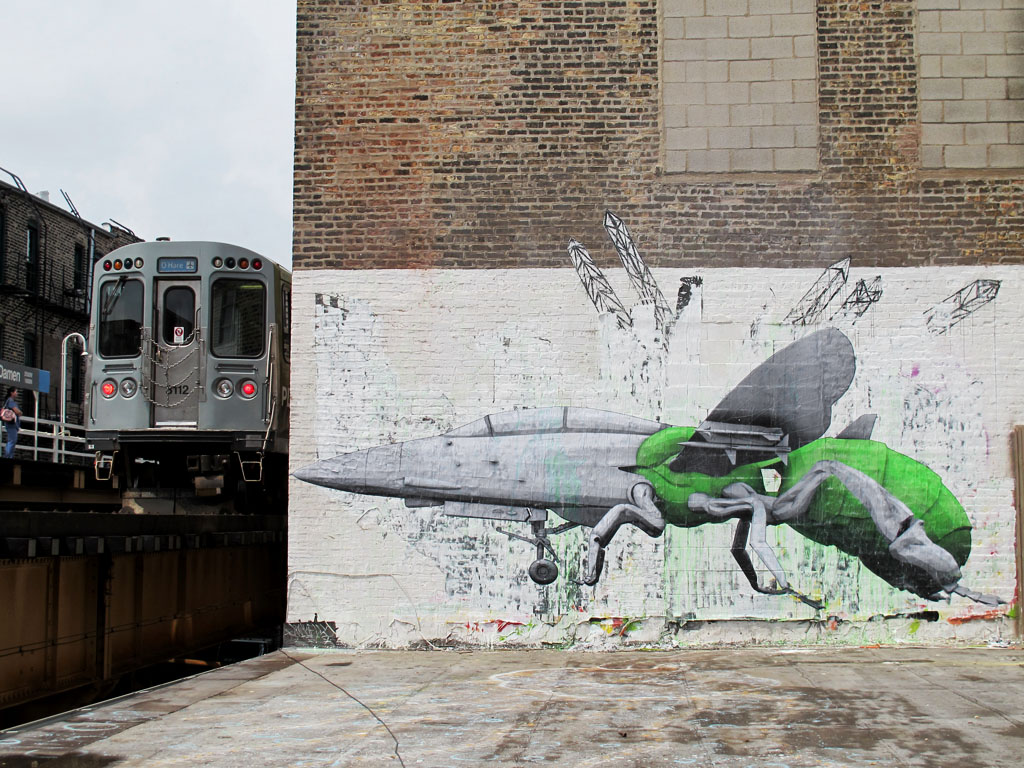 Ever since covertly blowing up the crispy clean streets of Zurich with even crispier artwork (covered) in preparation for his first major solo exhibition, La Belle Vie (covered), earlier this year, French street artist LUDO (interviewed) has for the most part been quietly resting, poised to strike at any moment. That moment has arrived, with a productive adventure in the US where he went coast to coast getting up in the three major cities. The signature green tinged, hand-drawn wheatpastes, smartly fusing the natural with the mechanical into his own unique brand of hybridized imagery, can now be seen in Los Angeles, Chicago, and New York. While LUDO had been to the States before, this was easily his most wide-arcing effort to date. Through a series of prearranged, yet mostly illegal, walls, LUDO has left his mark on the States in a big way.

For fans across the pond in the UK, LUDO has another solo on tap next month in London. Opening on Friday, September 9th at the High Roller Society, Metamorphosis will see the Parisian artist continue fleshing out his inventive imagery within the gallery confines, through a series of works on paper and sculptures. His first book, a small production with an introduction from the fine folks at Wooster Collective, will also be released at the event. More details and images to follow.

Check out the rest of the pieces from Chicago and New York after the jump. 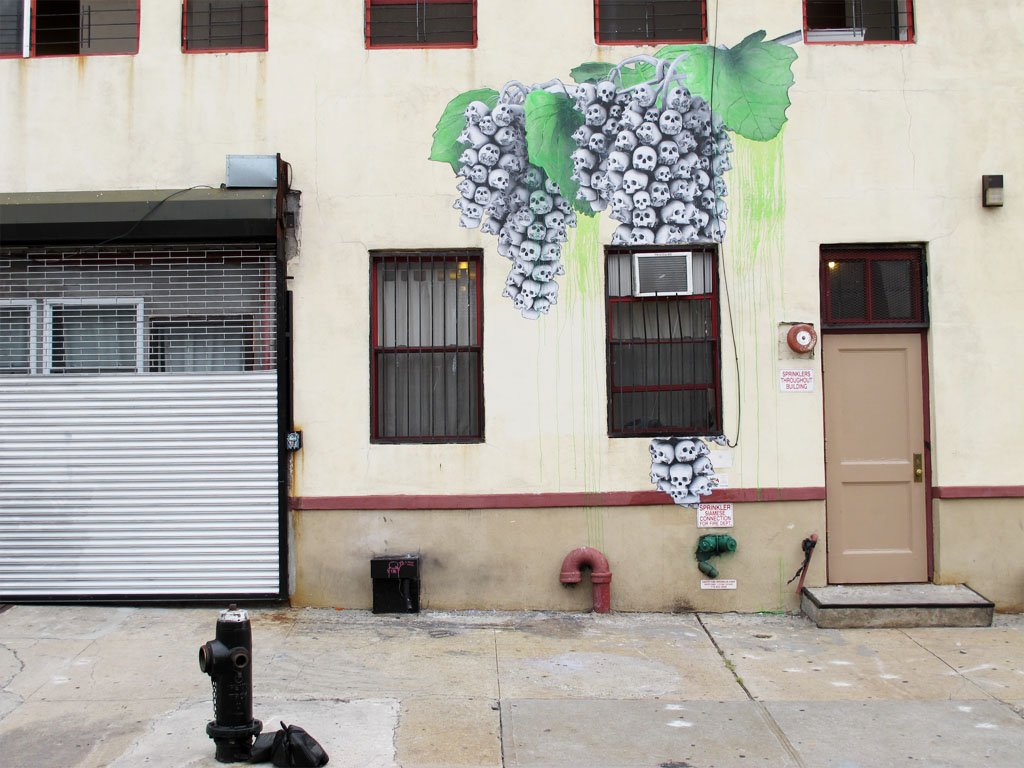 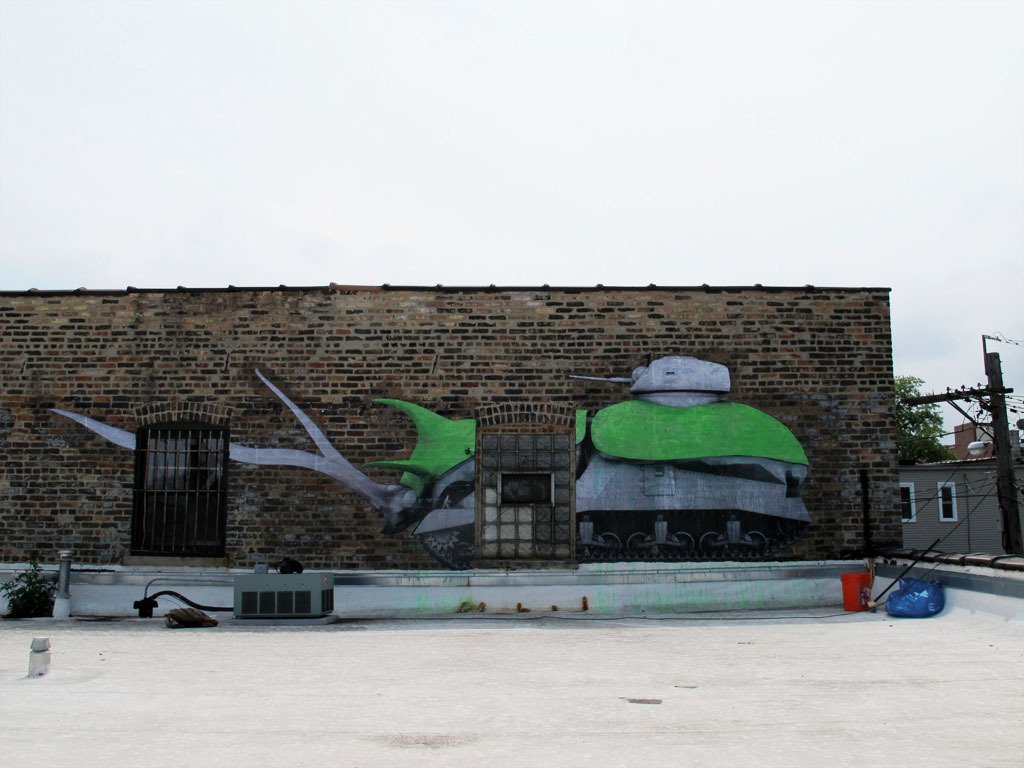