We just received these images from Idem Studio in Paris showing Ludo (interviewed) adding final touches to his upcoming lithograph (edition of 99), set to be released Thursday, 11th of December with PrintThemAll studio. The title is 344, and is one of the butterflies he introduced at his recent London solo at Lazarides (covered).

With the title of the recent show, Chaos Theory, in mind, referring to the global situation and human influence on nature & environment, the French artist picked an image representing the butterfly effect. Using his signature black and white drawing style, influenced by the DIY punk culture of the 80s and 90s, along with bright green accents, the final image shows a large insect with a revolver instead of body. The modifications are something that Ludo has been known for, creating new animals, insects and plants, with man made elements as their key body parts. 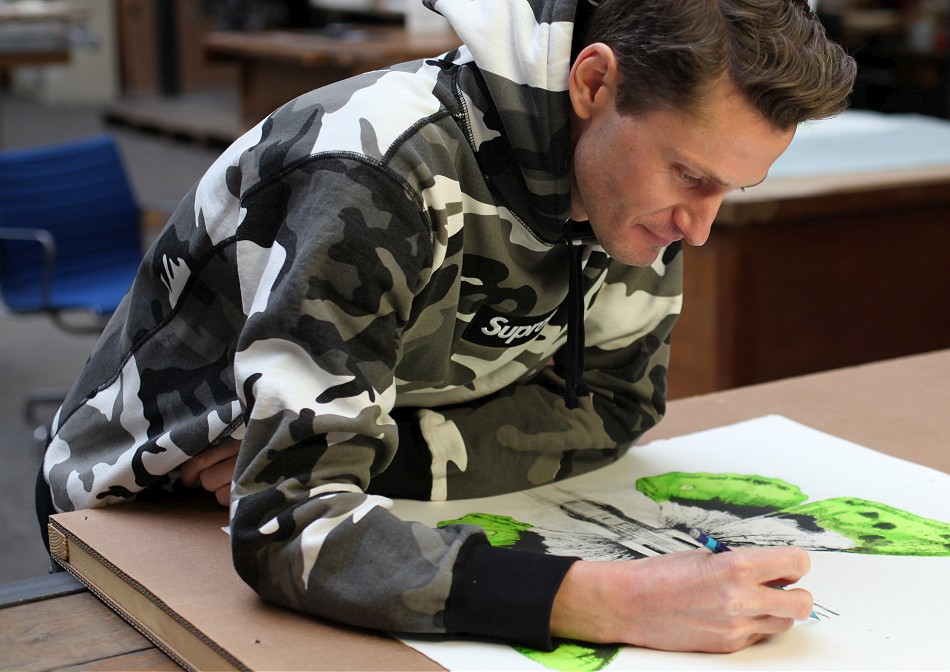 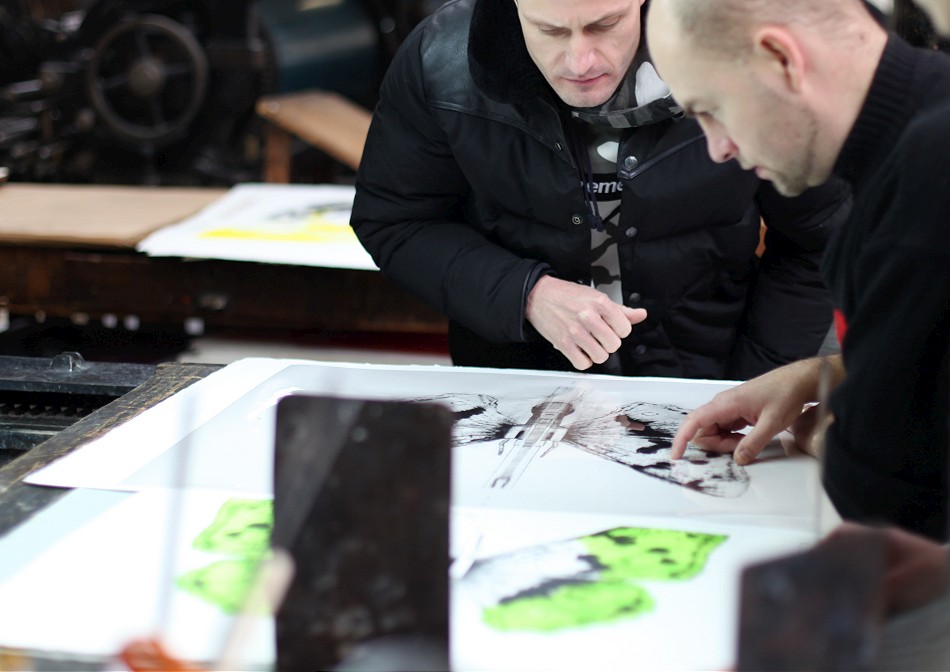 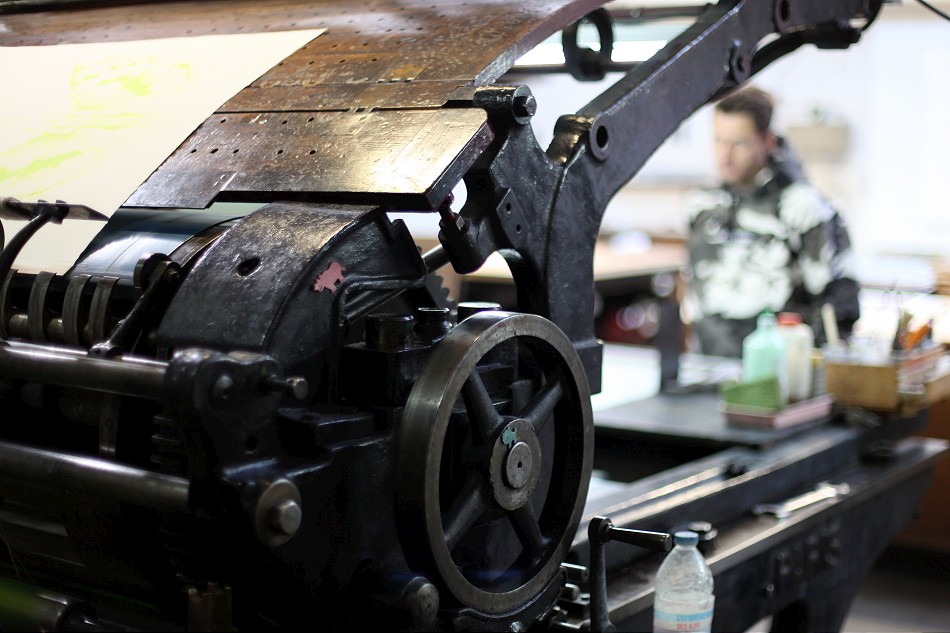 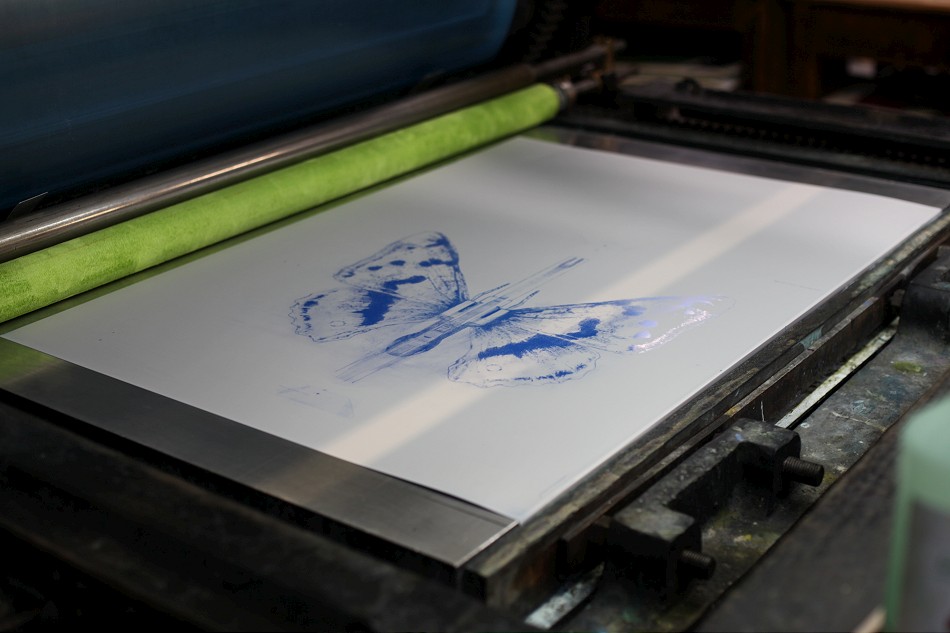