Anselm Kiefer returns to the White Cube’s Bermondsey space after an absence of five years for his latest exhibition entitled Walhalla. Superficially, Catch 22 by Joseph Heller appears to be a novel about the Second World War, but scratching beneath the surface reveals a novel about the twentieth century as a whole with critiques of unfettered capitalism, the rise and fall of geo-political powers and our own inevitable mortality. Equally, at first glance, the work of Kiefer can appear to focus on the long, dark shadow cast over the artist’s native Germany by the horrors committed by the Third Reich. However, whilst the painter and sculptor’s work undoubtedly does address the taboo subject of National Socialism, it also deals with all facets of human existence including love, god and culture. Whilst Heller found comic absurdity in the modern world, Kiefer’s works lie at the other end of the spectrum and are far more solemn and contemplative.

Walhalla is comprised of 30 paintings, sculptures and installations but they are presented as a single, cohesive body of work. The artist’s desire to shape unified narratives partially explains his displeasure at a forthcoming, unauthorized museum show in China which he has not been involved with but which feature his individual works. The current exhibition’s title references both the place in Norse mythology where warriors killed in battle reside and King Ludwig I’s neo-classical monument to Germany’s heroic figures from the past. Kiefer presents a picture of the many and varied facets of human mortality – loss and decay, memory and remembrance and the randomness and injustice of death. The current exhibition is structured – both physically and conceptually – around a long, narrow space reminiscent of a wartime hospital ward containing beds cloaked with crumpled lead sheets and pillows. Lead is a recurring material in Kiefer’s work and is favored because it reflects the weight of both our personal and collective histories. Casper David Friedrich was a significant early influence on the artist and the figure at the end of the room is suggestive of the lonely, meditative figures which were central to many of the German romanticist’s paintings. Individual pieces in the rooms off this central corridor are paired with corresponding beds, such as a bed and a vitrine both bearing the name of the valkyrie Brünhilde.

In Norse mythology, the Valkyries were female figures who lived and died in battle. The 36’ high sculpture entitled Sursum Corda, which is created around a spiral staircase disappearing into the ceiling, represents the dead being accompanied by the Valkyries to Walhalla. Their journey is acknowledged by clothing and film which have been discarded on the rusting ironwork, and the inclusion of children’s clothing hints at the indiscriminate nature of death. This piece contrasts with San Loreto, which is comprised of a winged bed that is unable to ascend to heaven due to the crushing weight of a massive, earthly boulder.

The multiple references within the works invite a variety of different interpretations and this is particularly true of the Arsenal installation room which resembles an archive complete with lead books and film reels produced by the artist over the last 33 years. The room can be seen as a poignant memorial documenting the lives of the deceased, but equally it is reminiscent of the sinister records kept by the GDR’s Stasi. Kiefer’s paintings are often on a monumental scale that envelops the viewer, but this idea is taken a step further with these installations as you physically step inside the work and are fully immersed. Kiefer rejects the Enlightenment belief that we are on a linear path to greater understanding and instead views history to be circular and doomed to repeat itself. The exhibition’s paintings feature buildings which are modeled on the shipping container towers at his La Ribaute studio in the south of France. However, these works evoke both the destruction of biblical Babylon and the horrors of contemporary Aleppo. It’s hard to imagine that the artist doesn’t also see historical parallels with the recent rise of Pegida in his homeland and the spread of populist politics across Europe and the US.

Kiefer’s earlier work helped the German nation to confront its dark past under National Socialism and, in a similar fashion, Walhalla helps the viewer to confront the many facets of both life and death. The exhibition is open Tuesday to Saturday (10am – 6pm) and Sunday (12pm – 6pm) from 2nd January until 12 February 2017 at White Cube Bermondsey, 144 – 152 Bermondsey Street, London, SE1 3TQ. 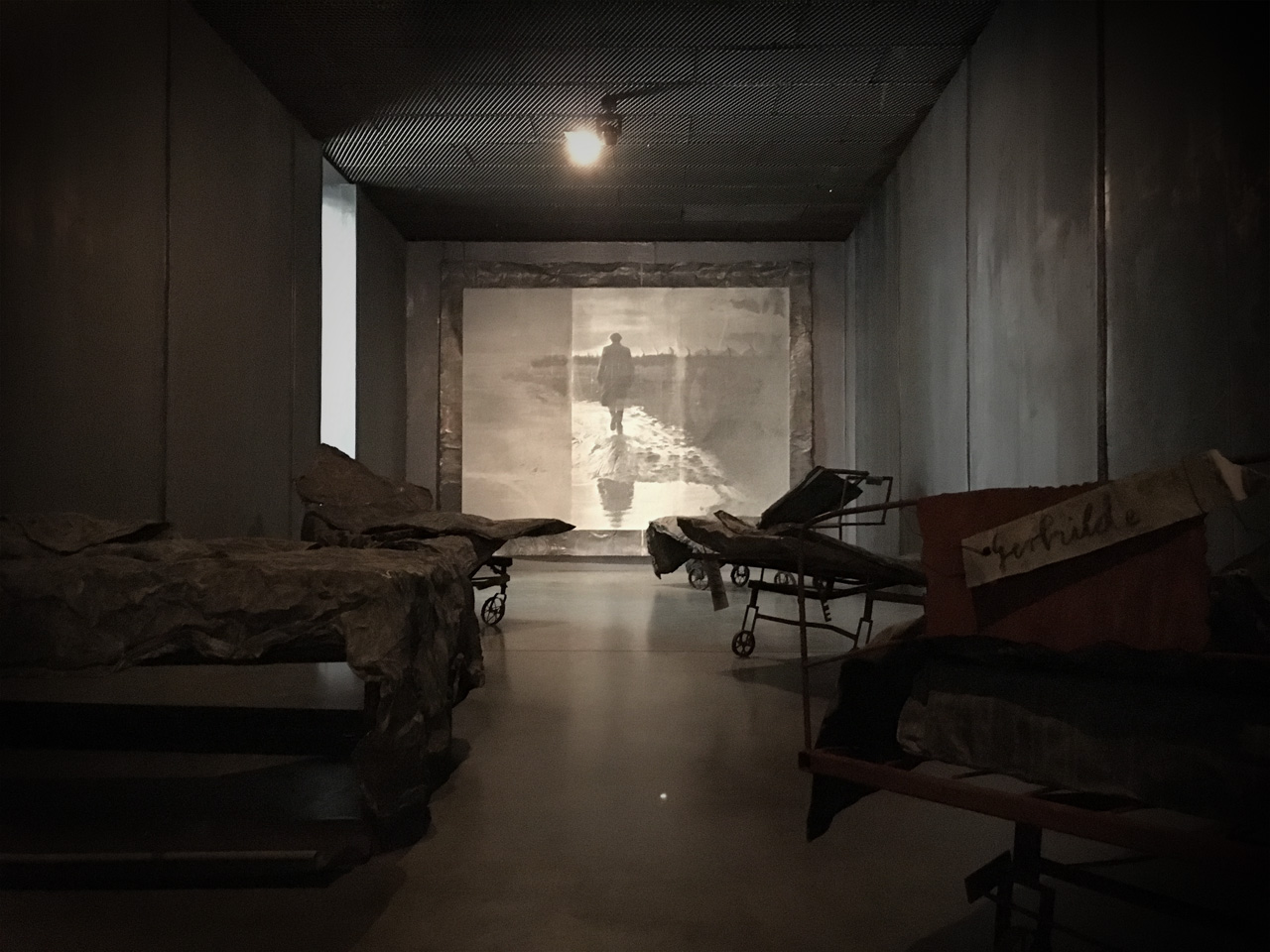 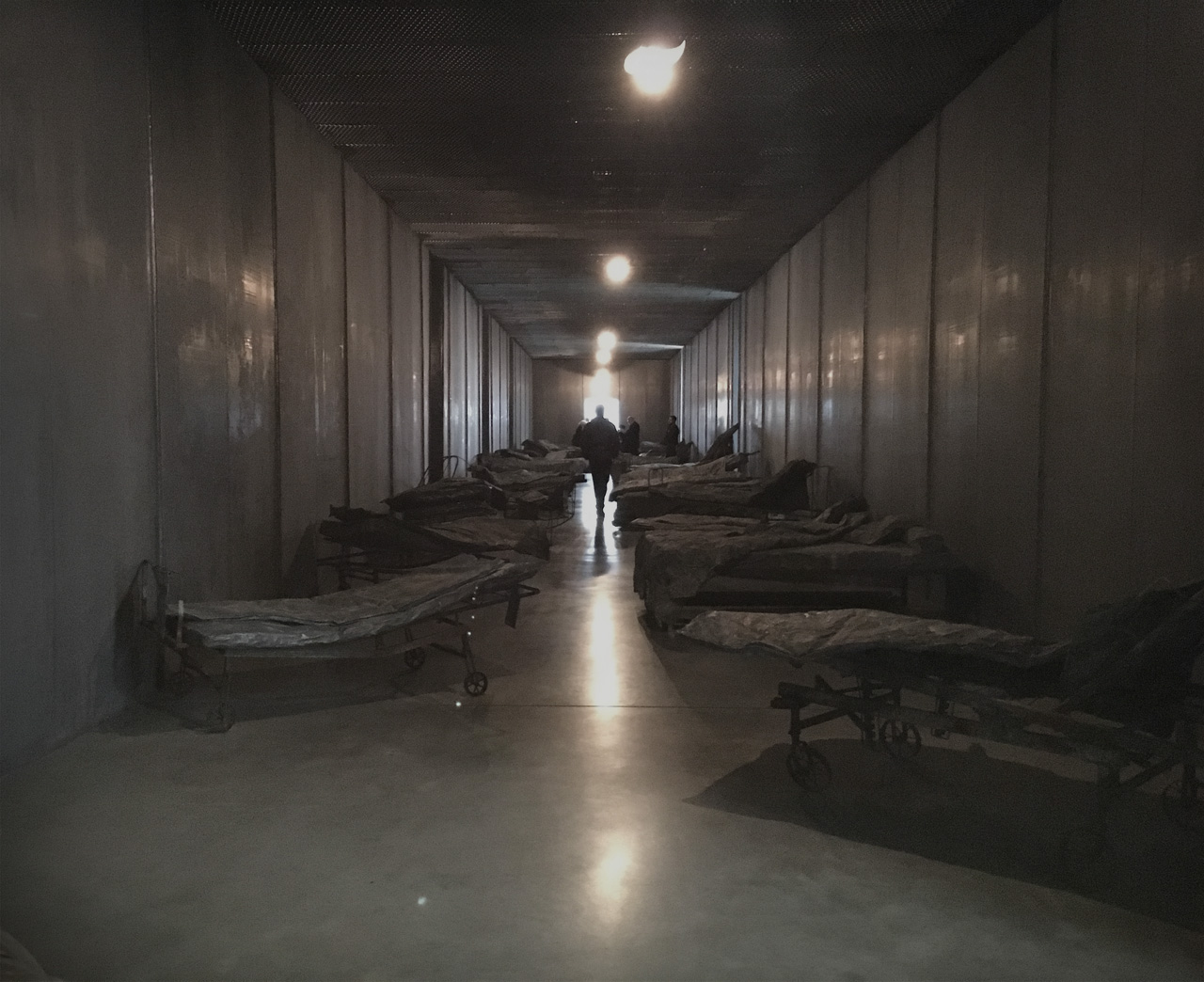 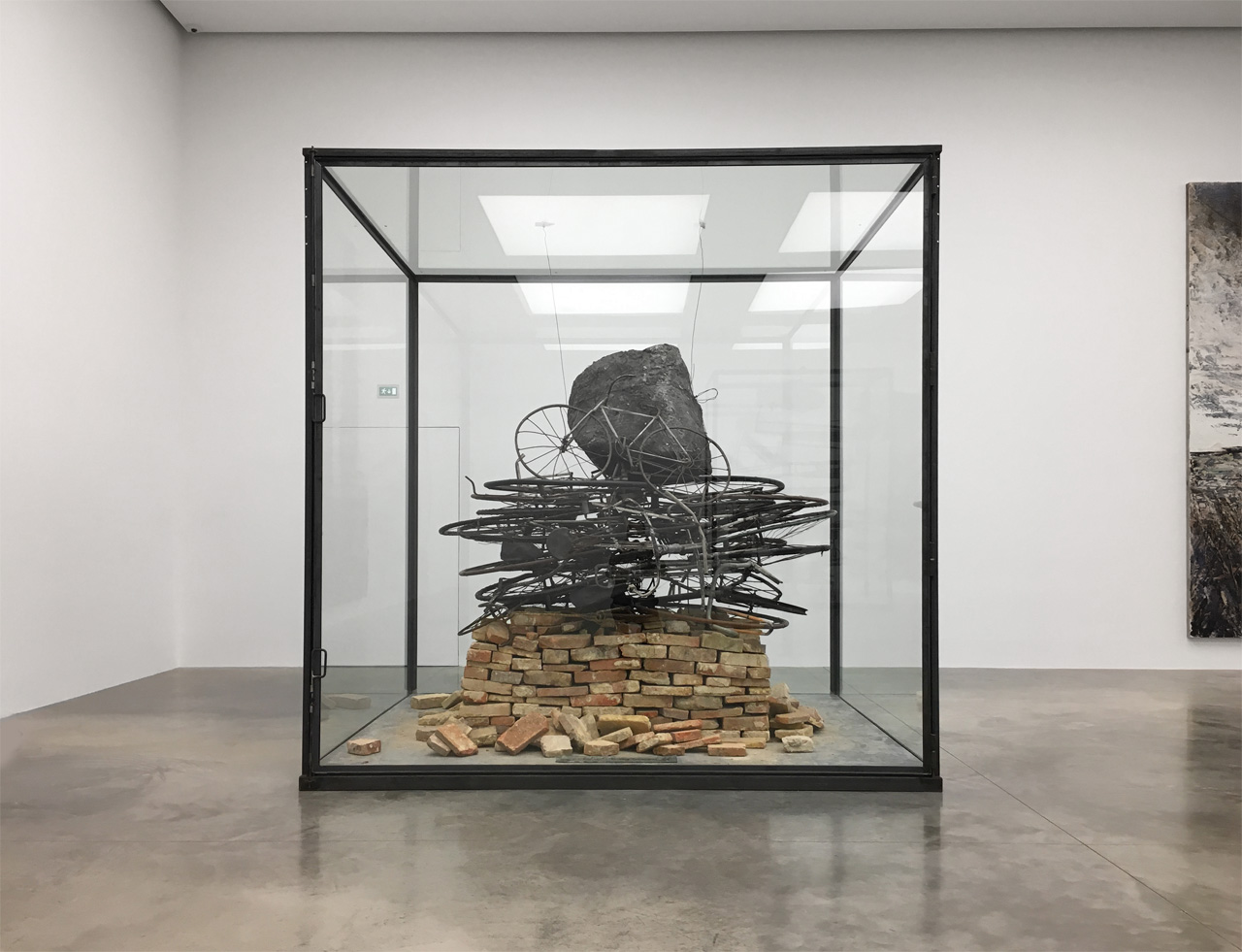 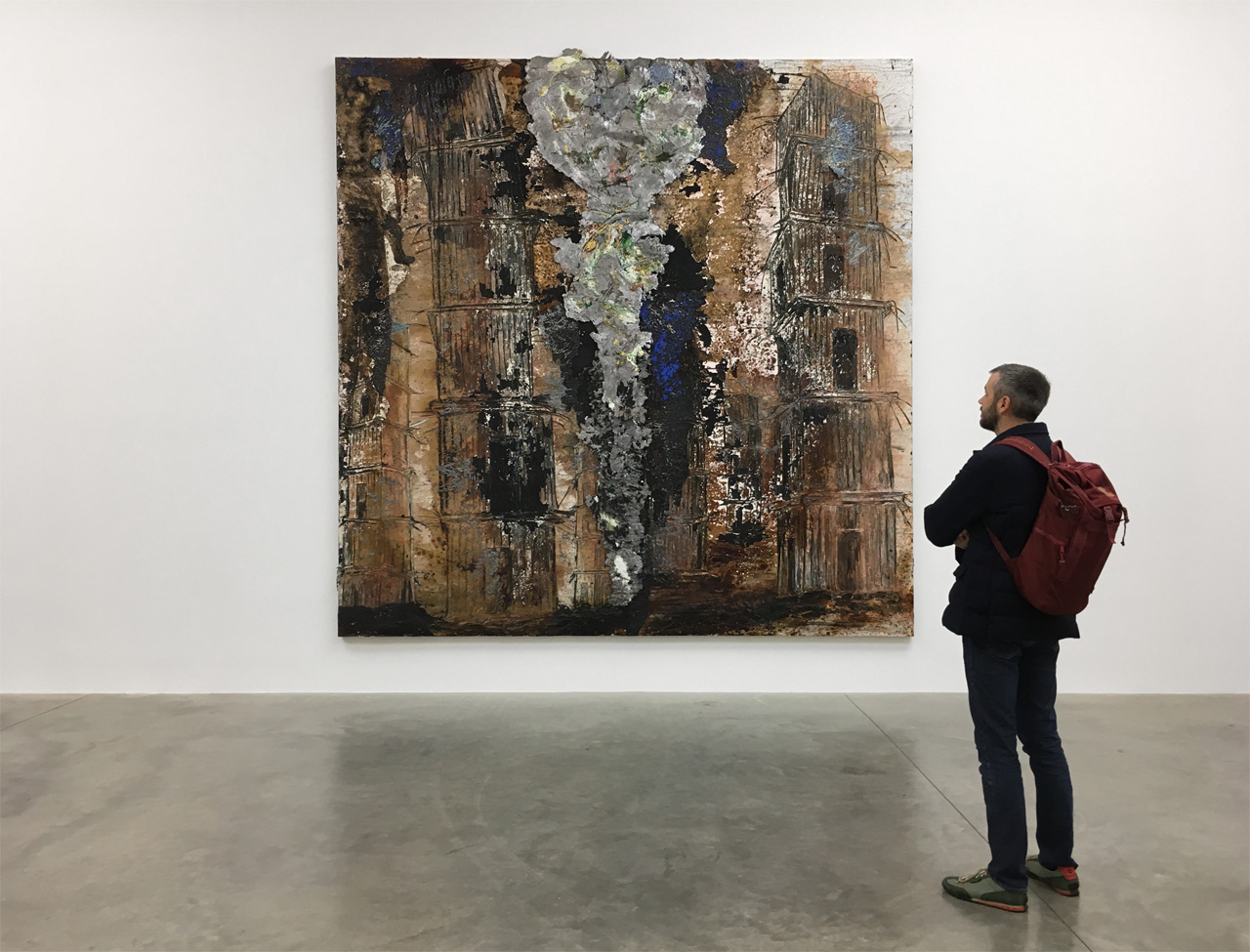 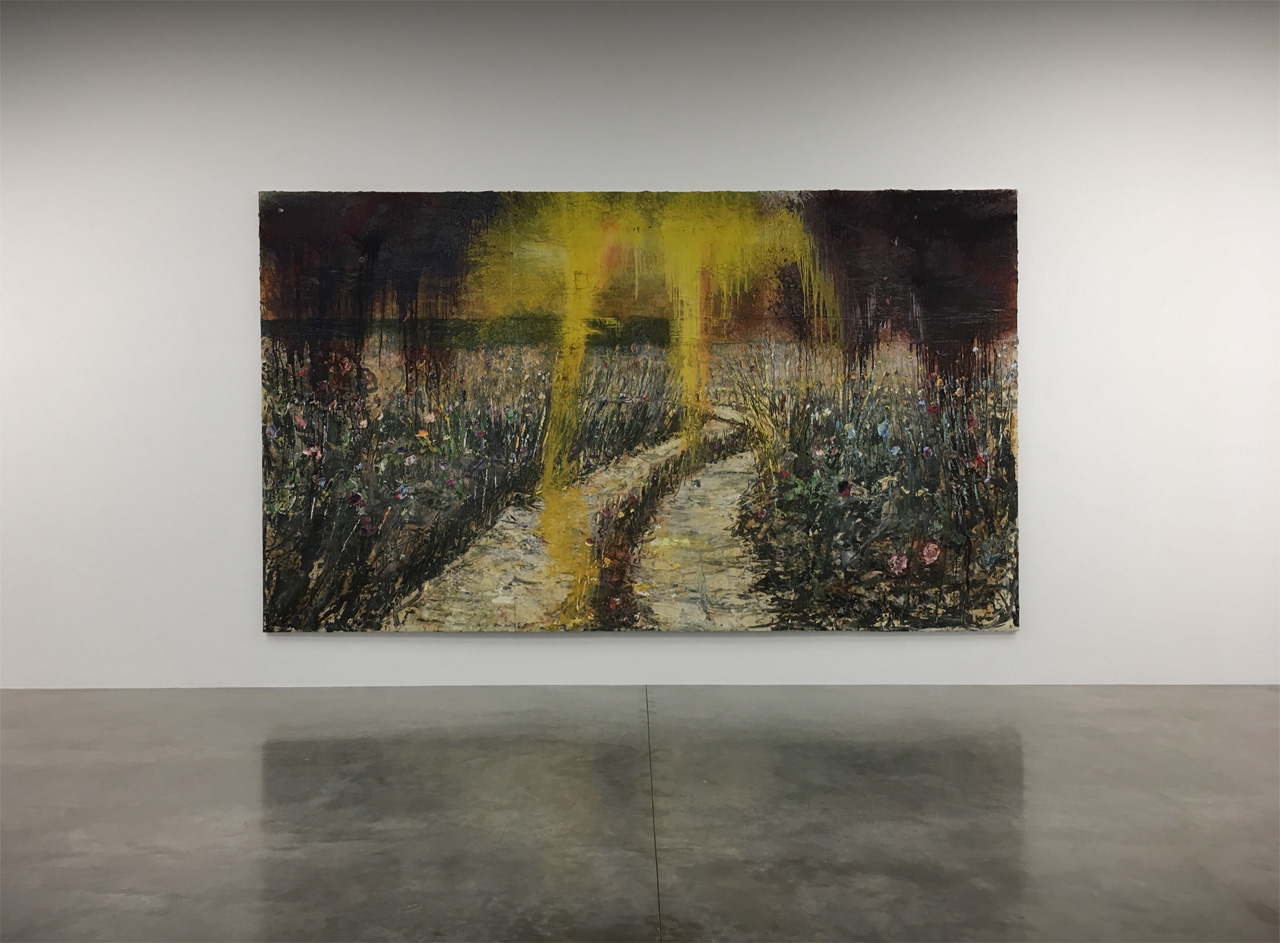 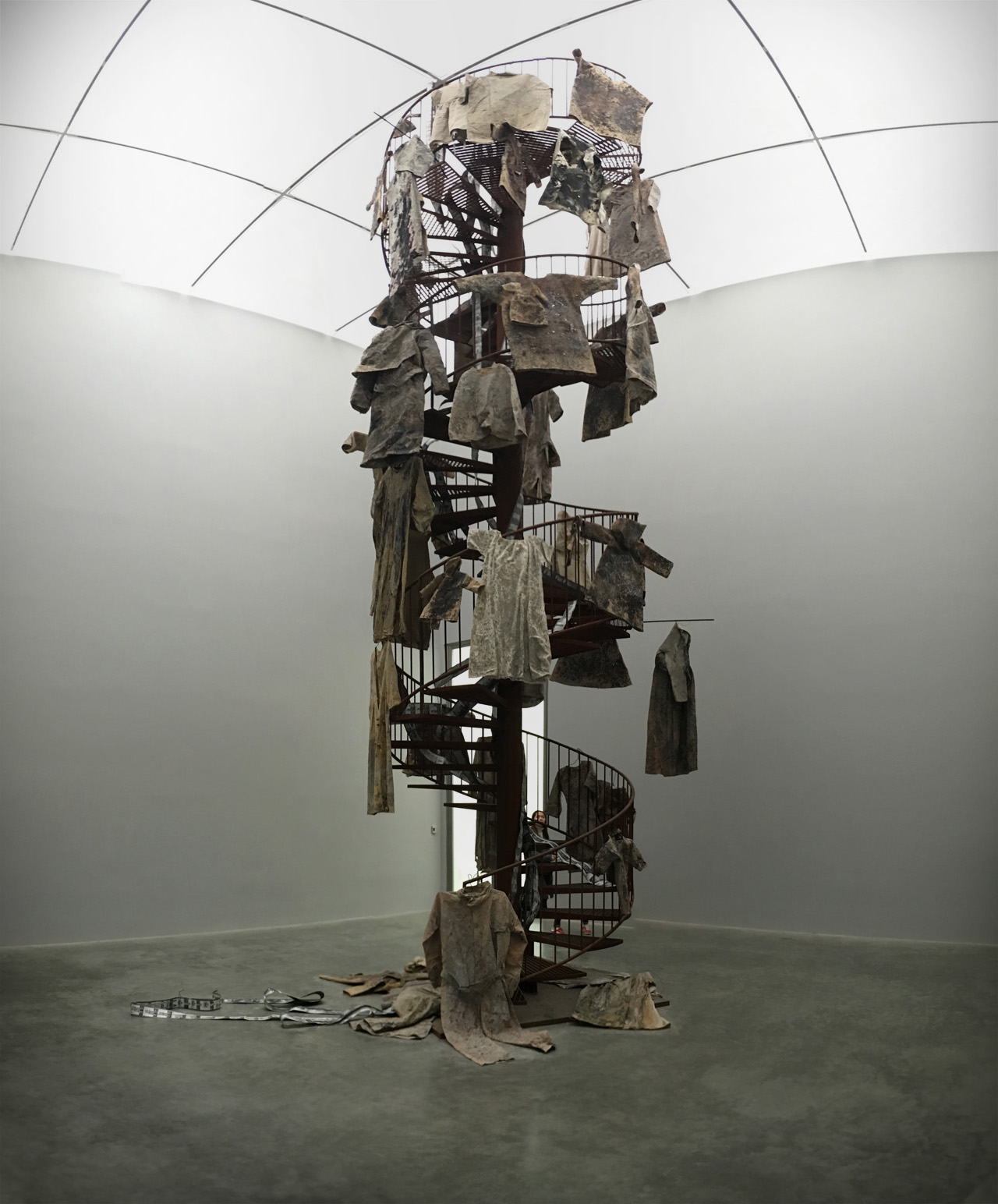 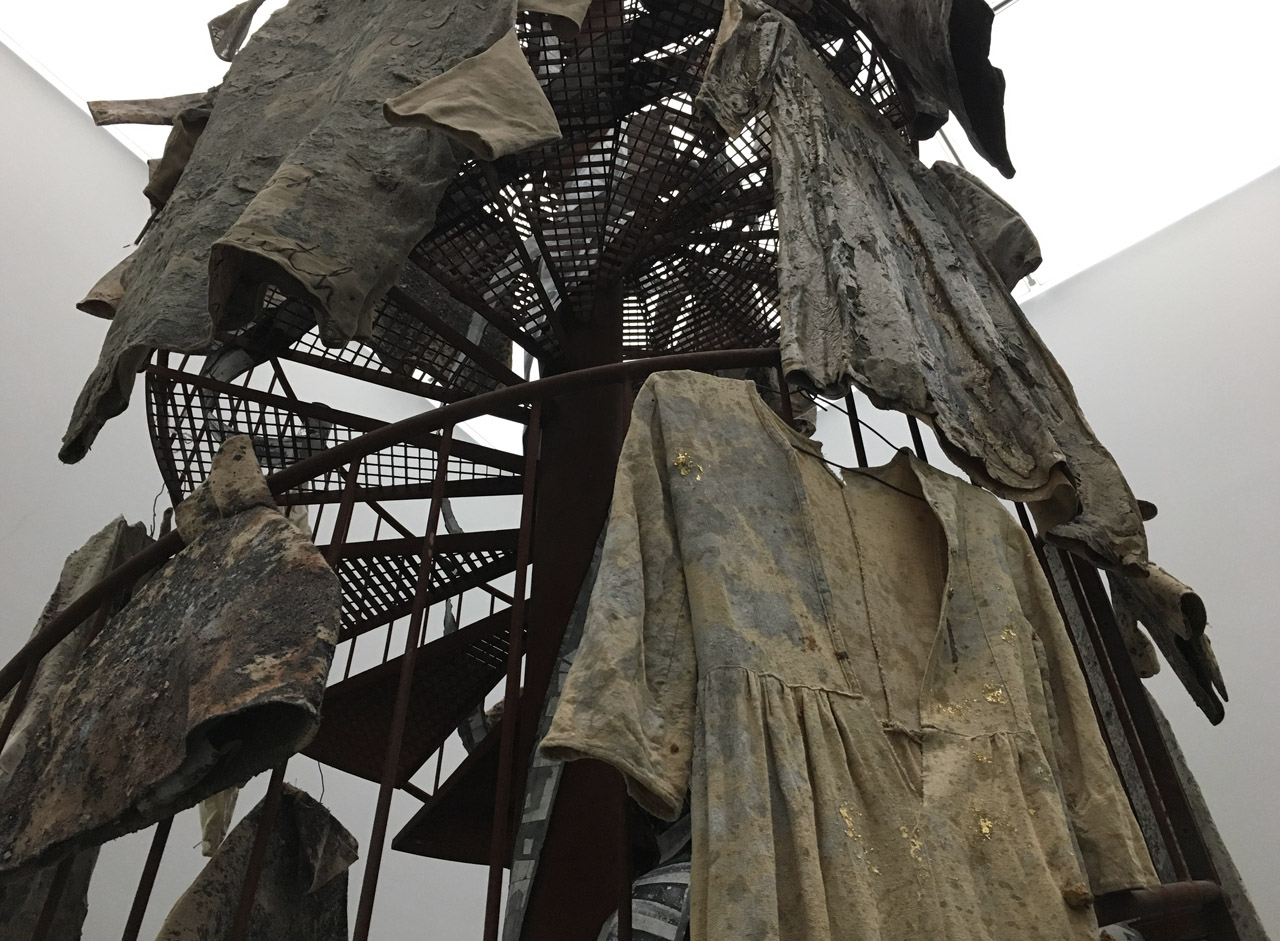 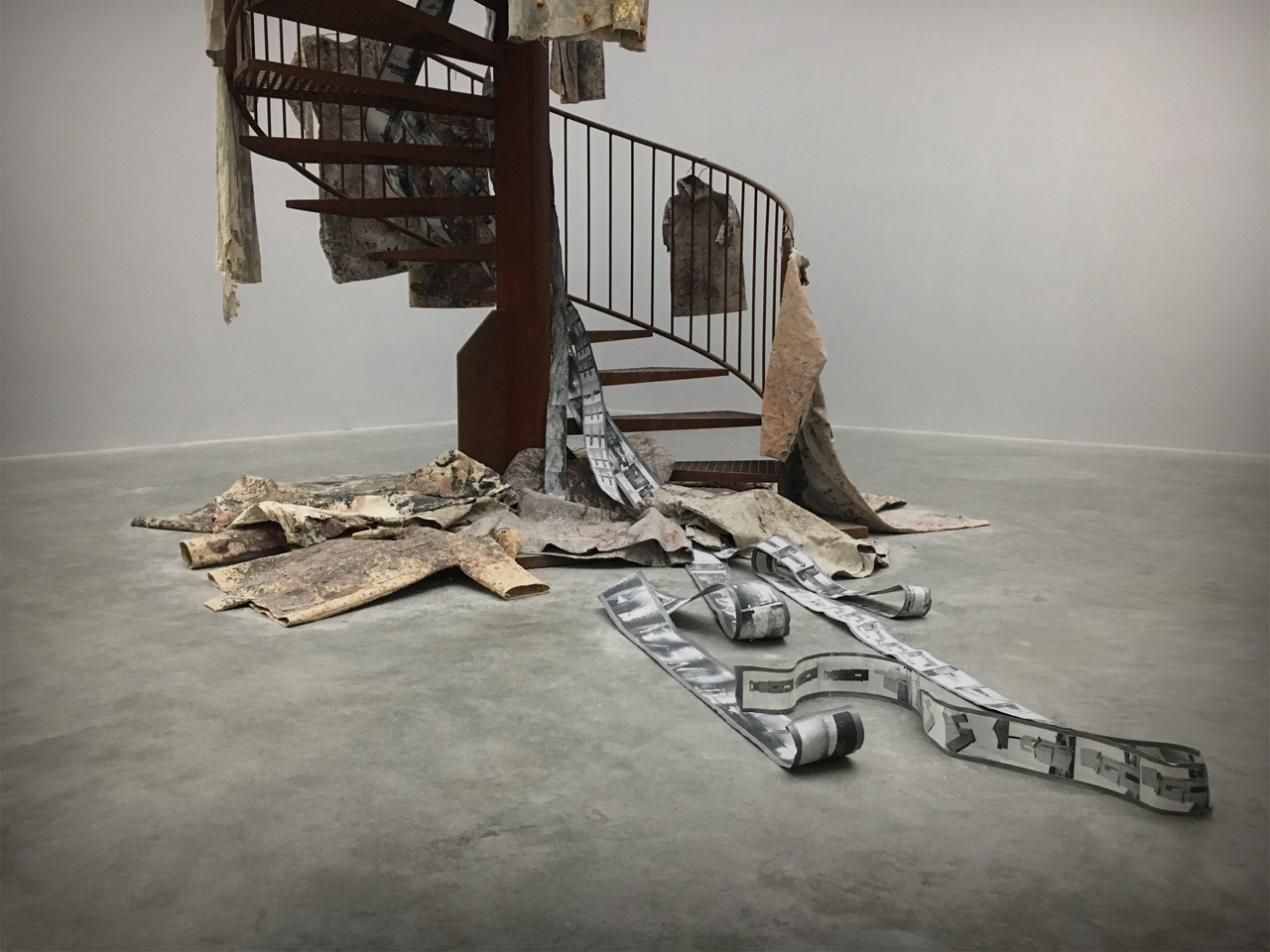