Coinciding with the Amsterdam Art Weekend, Grimm Gallery opened Dustin Yellin’s show 10Parts on November 25th. With a twenty-foot long modular glass landscape across ten panels as the showpiece, this is the American artist’s first solo exhibition with the gallery and will stay on view through the 7th of January.

Yellin has been known for creating effective “three dimensional collages or two dimensional sculptures.” By cutting out images from magazines and placing them between glass plates, he achieves a striking effect of depth, but also creates sort of a catalog of collective consciousness, frozen in glass and time. The piece, being shown publicly for the first time, is heavily inspired by one of the Holland’s greatest – Hieronymus Bosch. By putting together mundane scenes in surreal harmony and composition, the Brooklyn-based artist creates psychedelic or hallucinatory scenes that together create larger narratives. Consisting of countless miniature stories, the whole piece follows the dynamics of a great flood that is accented by the overall shape of the work. Along with this piece, the show includes six single module landscapes and both a figure and study from Yellin’s landmark series of Psychogeographies, inspired by Qin Shi Huang’s Teracotta Army. Five years in the making, he is now presenting #89 from the series which is planned to finish with a total of 120 pieces. Finally, the show includes a large collection of negative collages, basically leftovers of the papers and photographs used in his work, now exhibited as accidental, abstract pieces. 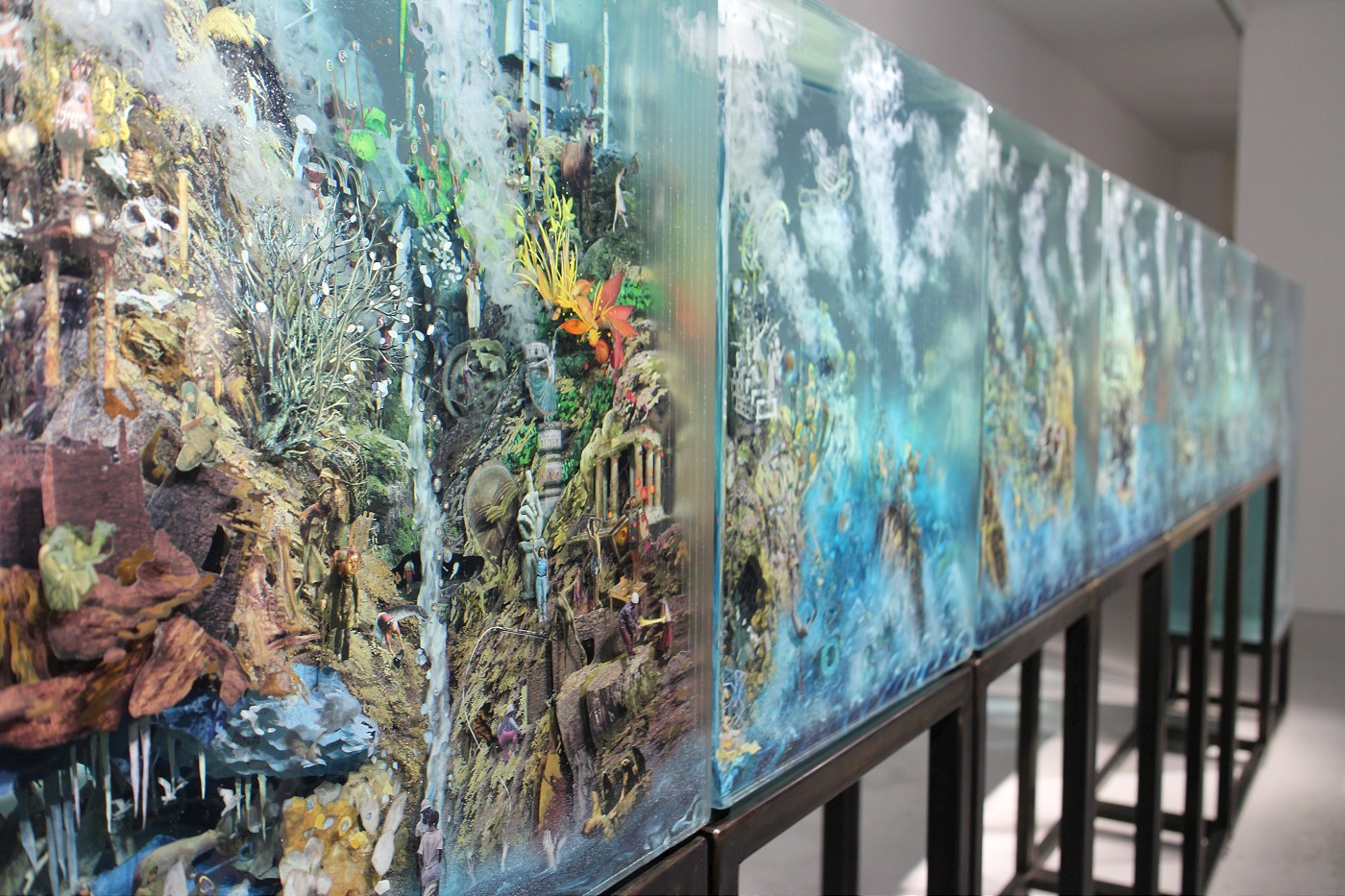 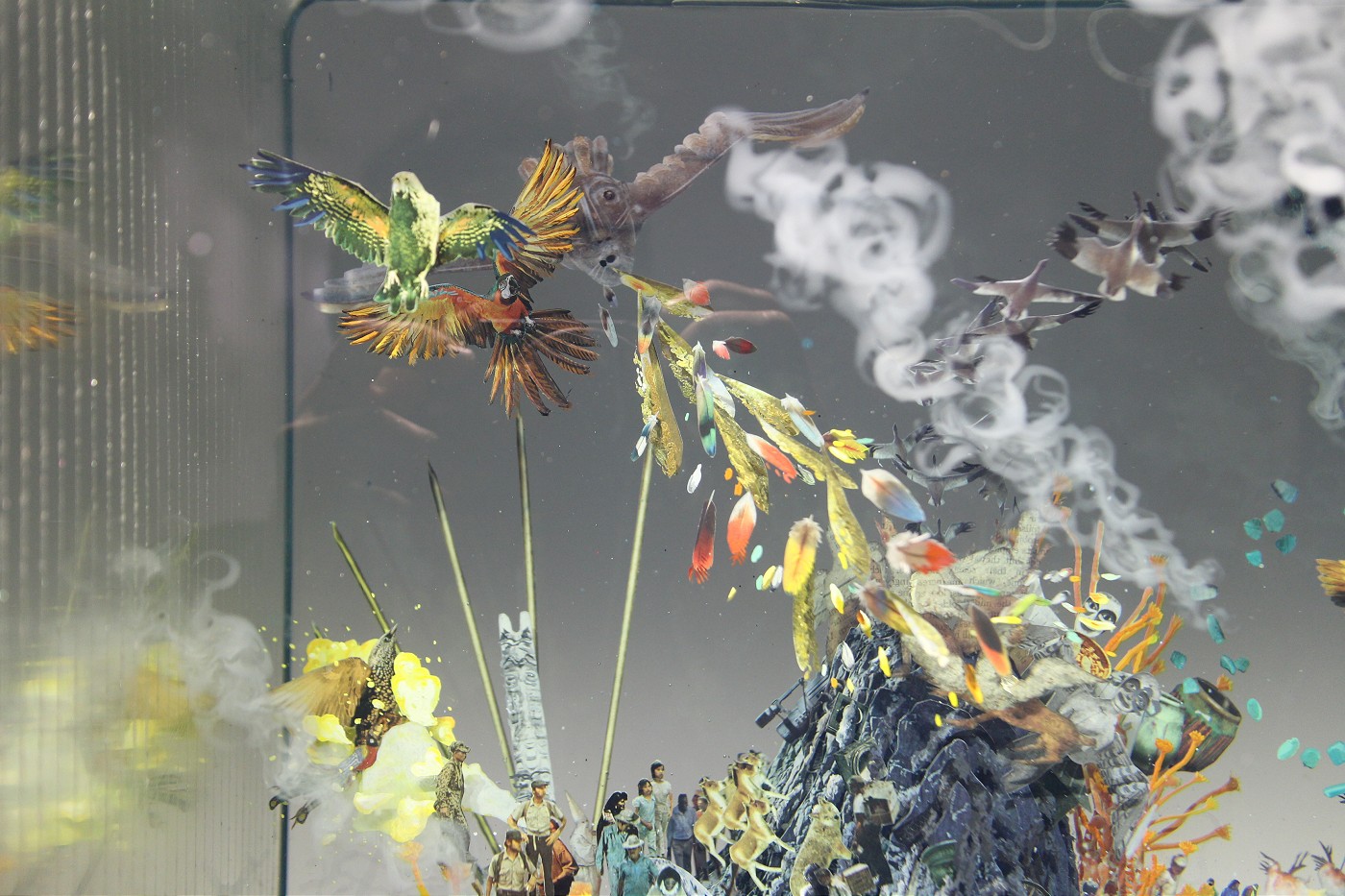 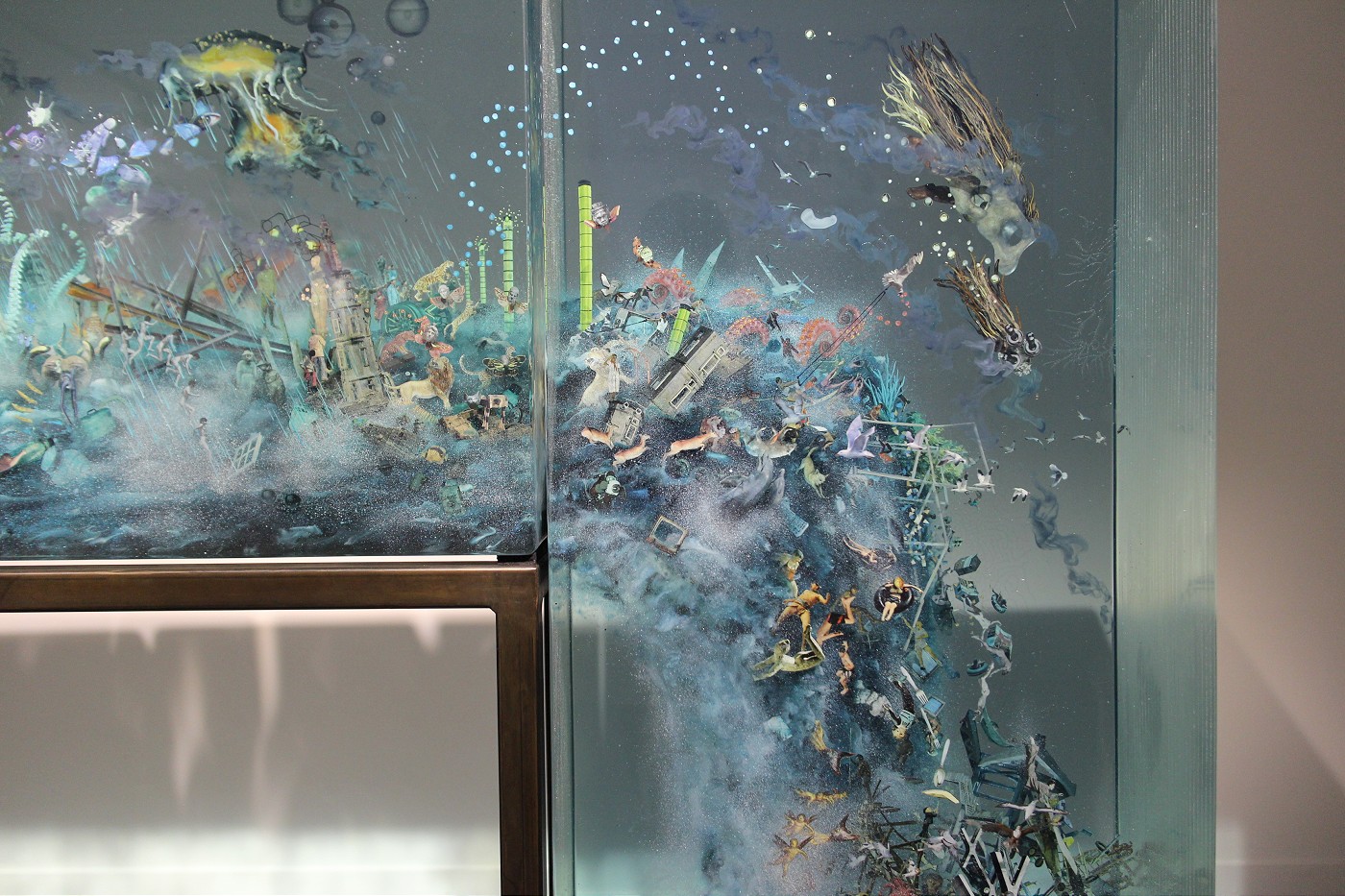 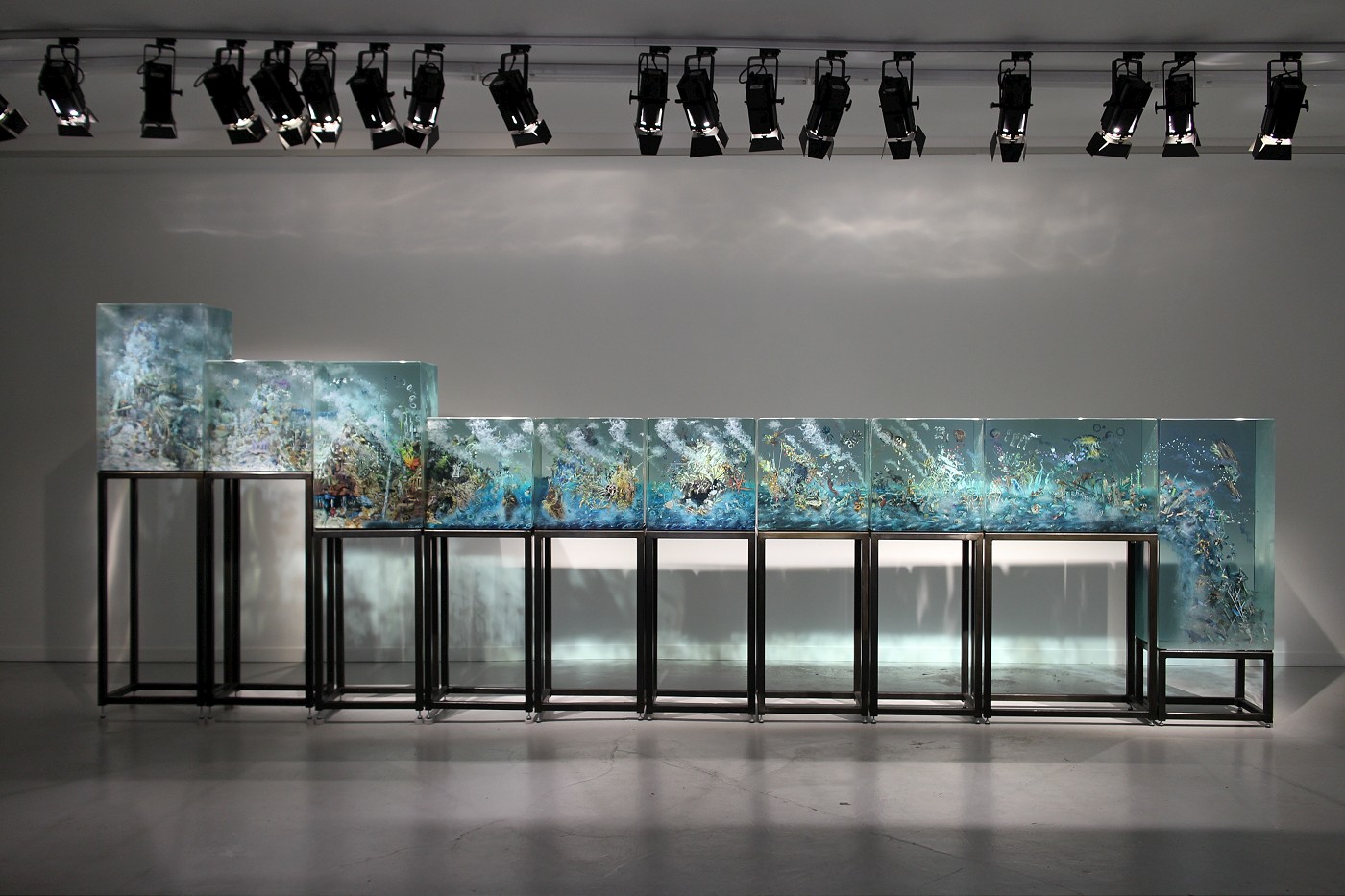 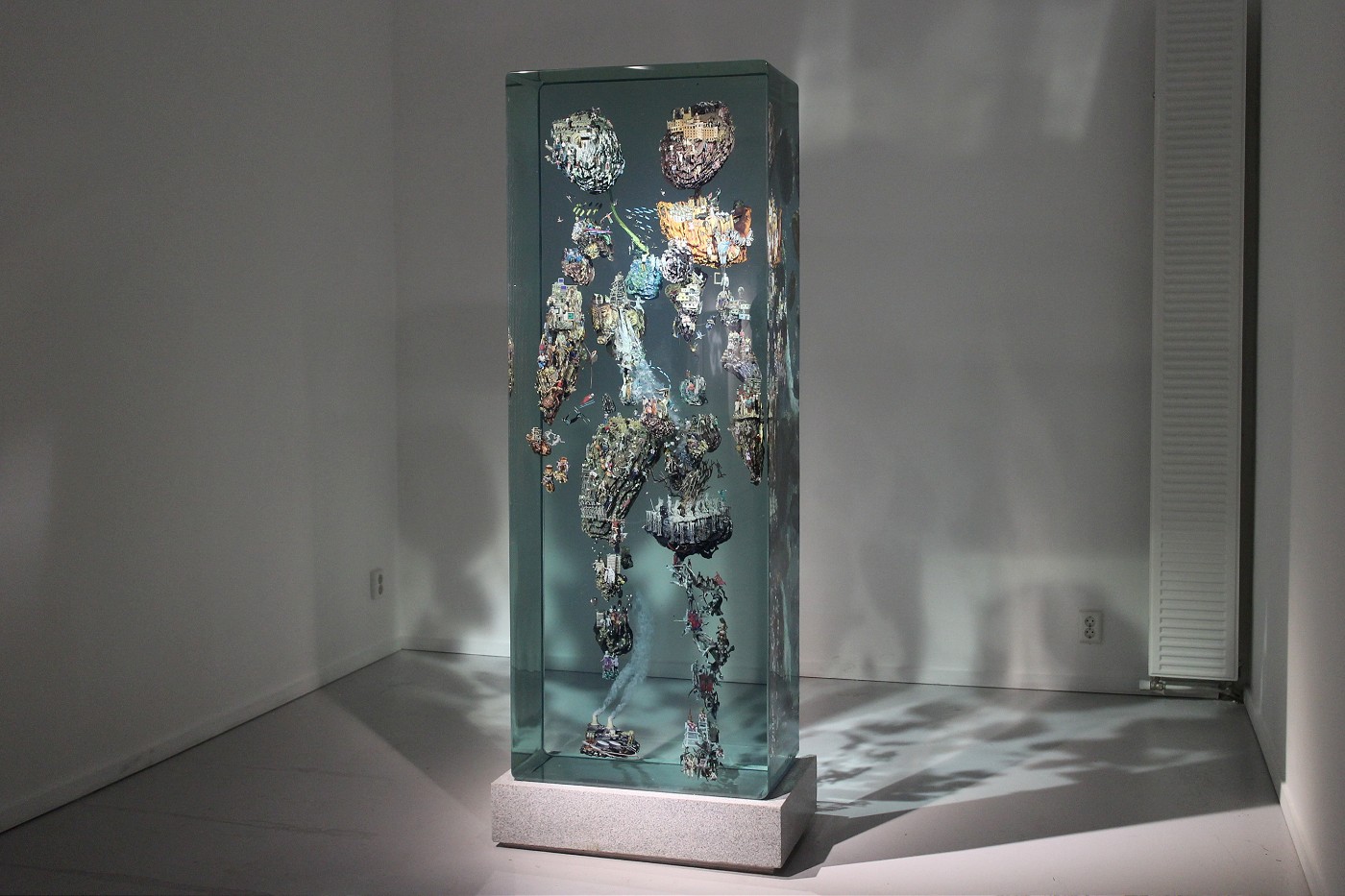 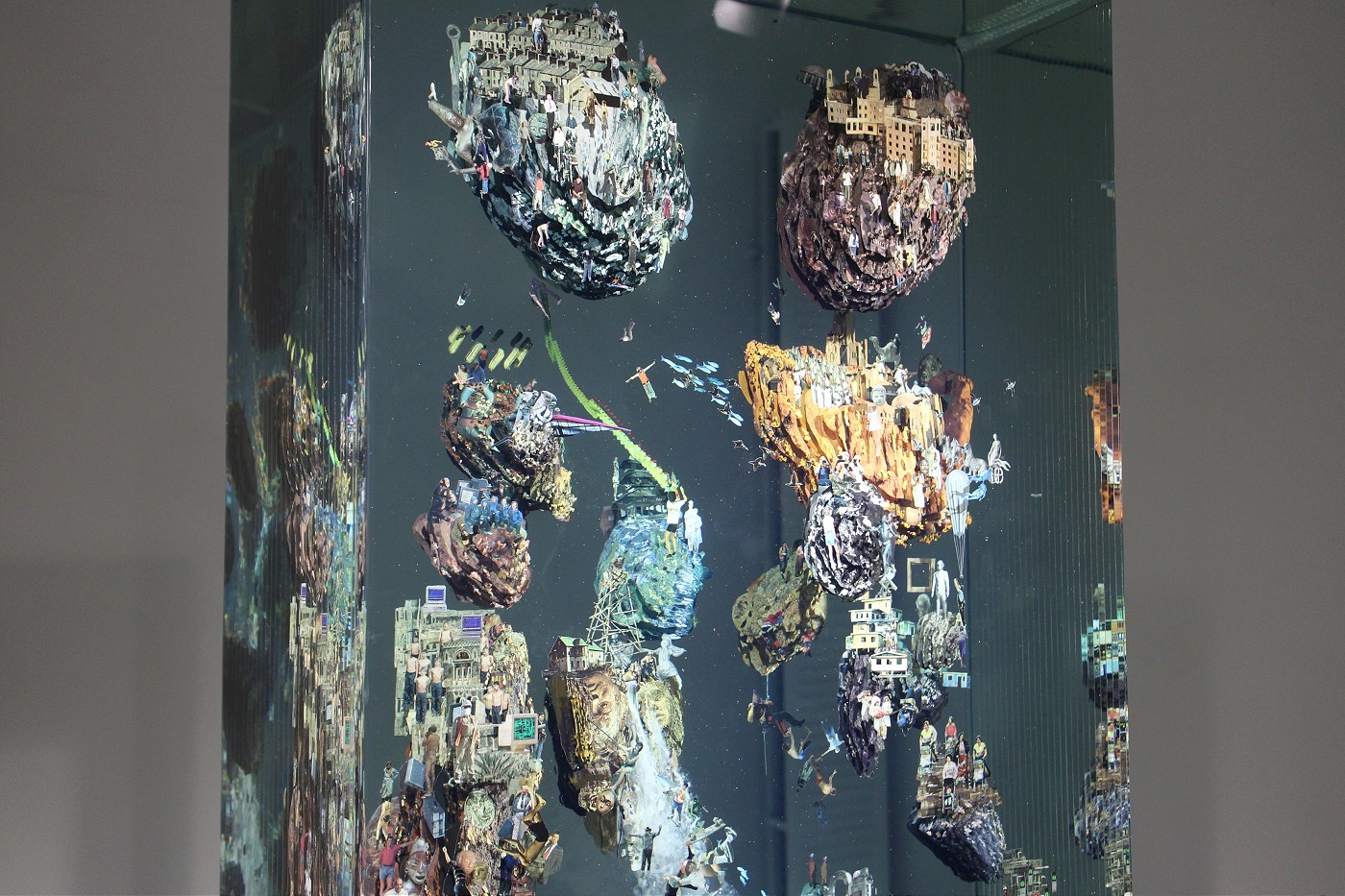 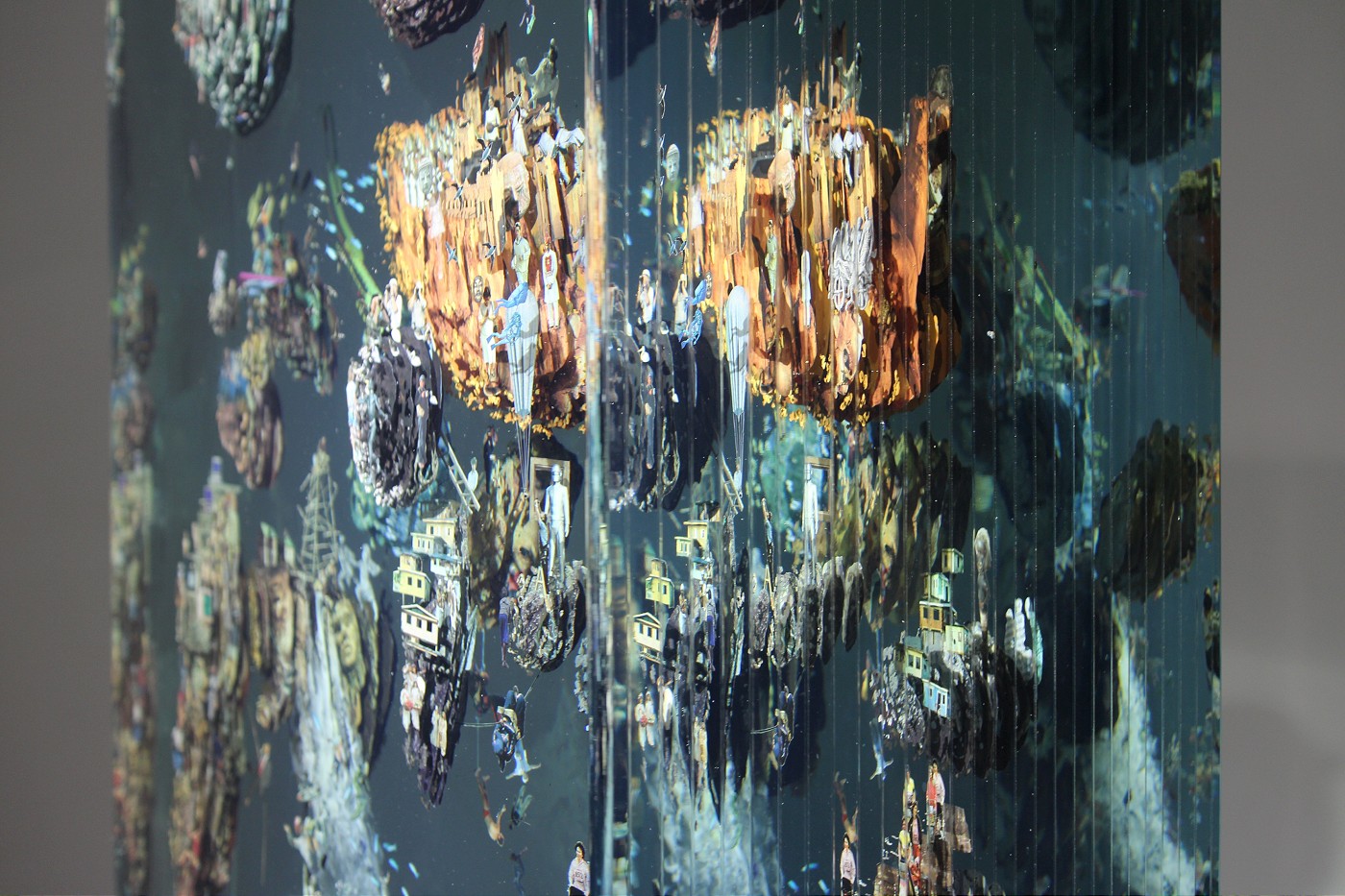 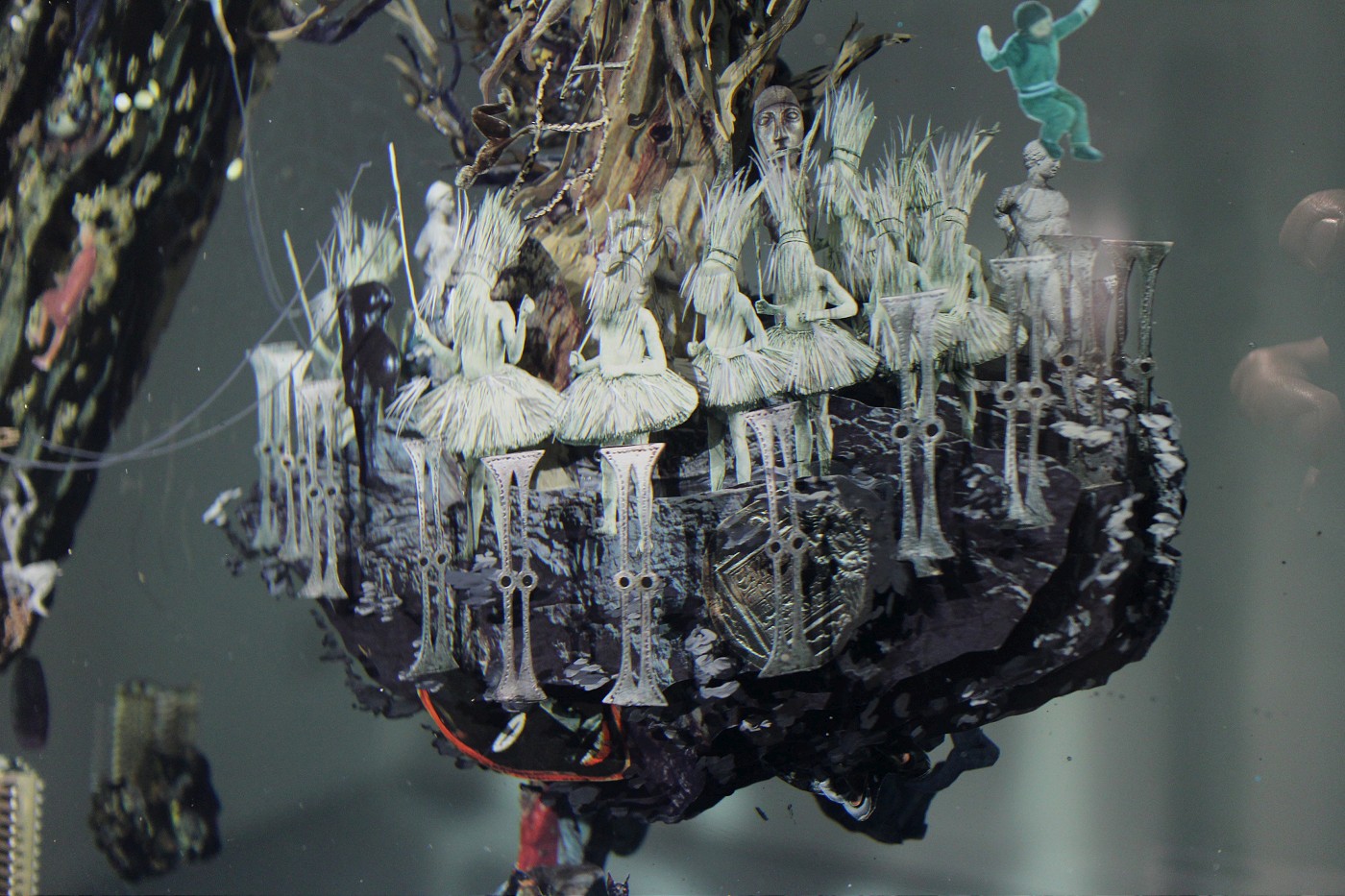