Augustine Kofie’s Building From Memory exhibition concludes this weekend after a five week run at Openspace in Paris. This is the LA-based artist’s third show with the gallery and the title refers to the acquisition and repeated application of knowledge. In his treatise on education entitled Emile, Jean-Jacques Rousseau emphasizes the value of learning from the natural world, proclaiming that “nature made me happy and good.” Kofie takes this idea only as a starting point and goes on to highlight our ability to use this knowledge to manipulate nature for our own ends, allowing us to address the contemporary problems that we face. For example, on an individual level, our understanding of ‘natural’ procreation has allowed the process to be altered to assist people who can’t otherwise bear children to do so through IVF and other forms of assisted reproductive technologies. While on a global scale, our knowledge of algae has allowed the organisms to be synthesized to provide an alternative energy source to the fossil-fuels which are contributing to climate change.

Kofie has translated these ideas into his work through the process of fragmenting and then reassembling imagery into new forms, in a similar way to how he also creates sample-heavy music. These manipulations are represented by the oblique angle of elements within the works which deviate from the strictly horizontal and vertical lines of the source material. In addition to acrylic and spray paint on canvas, the works in the current show also include elements of collage such as packaging for steel wool, a material which was originally a waste product from lathes in the 19th century but which is now used for a multitude of domestic and industrial purposes. The use of wooden rulers has become a recurring motif in his work. The exhibition’s themes of learning and manipulating knowledge are further reinforced by the use of these instruments, which are synonymous with classrooms and have been re-purposed to frame the canvases. The works are dominated by Kofie’s characteristic use of earthy tones but this new collection also introduces a heightened level of dynamism and movement into the works. The exhibition continues until 2 April 2017 (2-7pm) at 116 Boulevard Richard Lenoir, 75011 Paris. 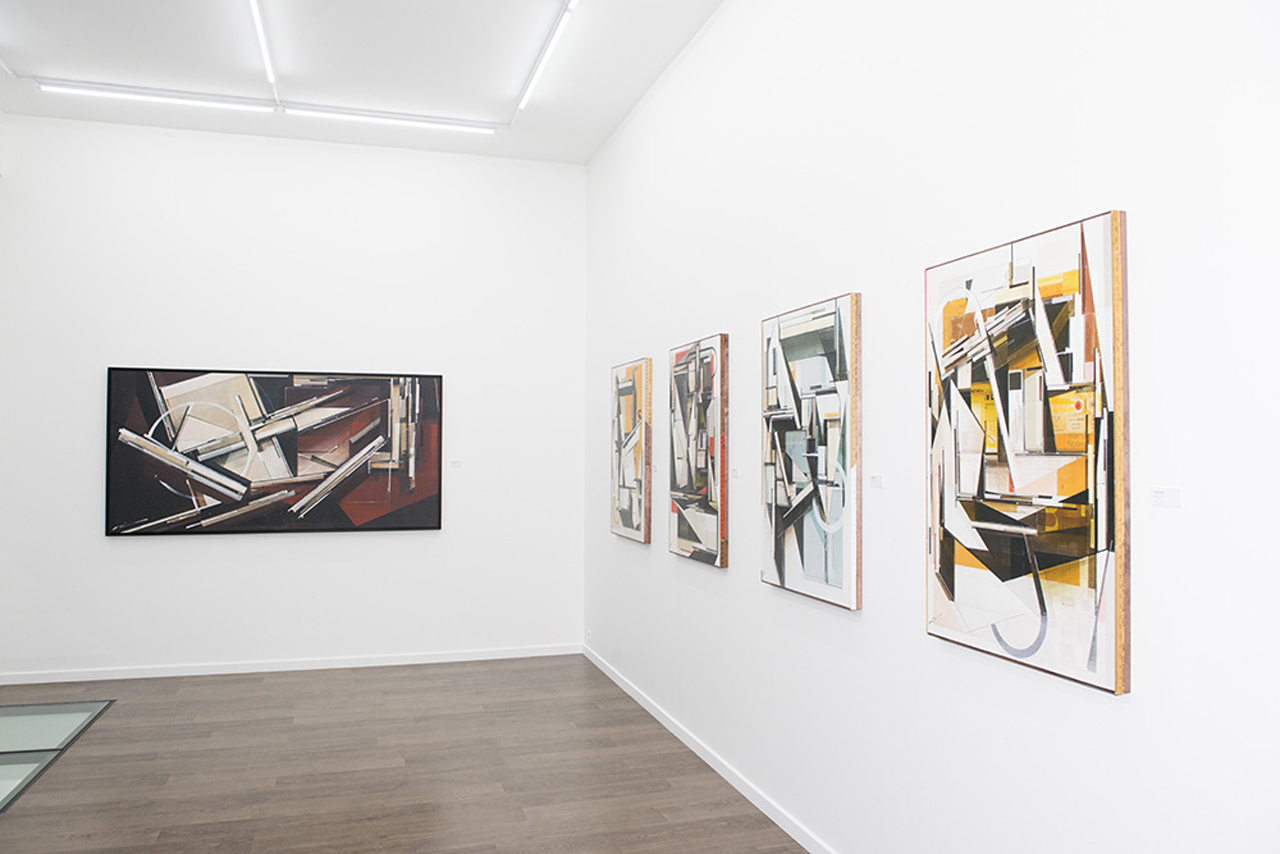 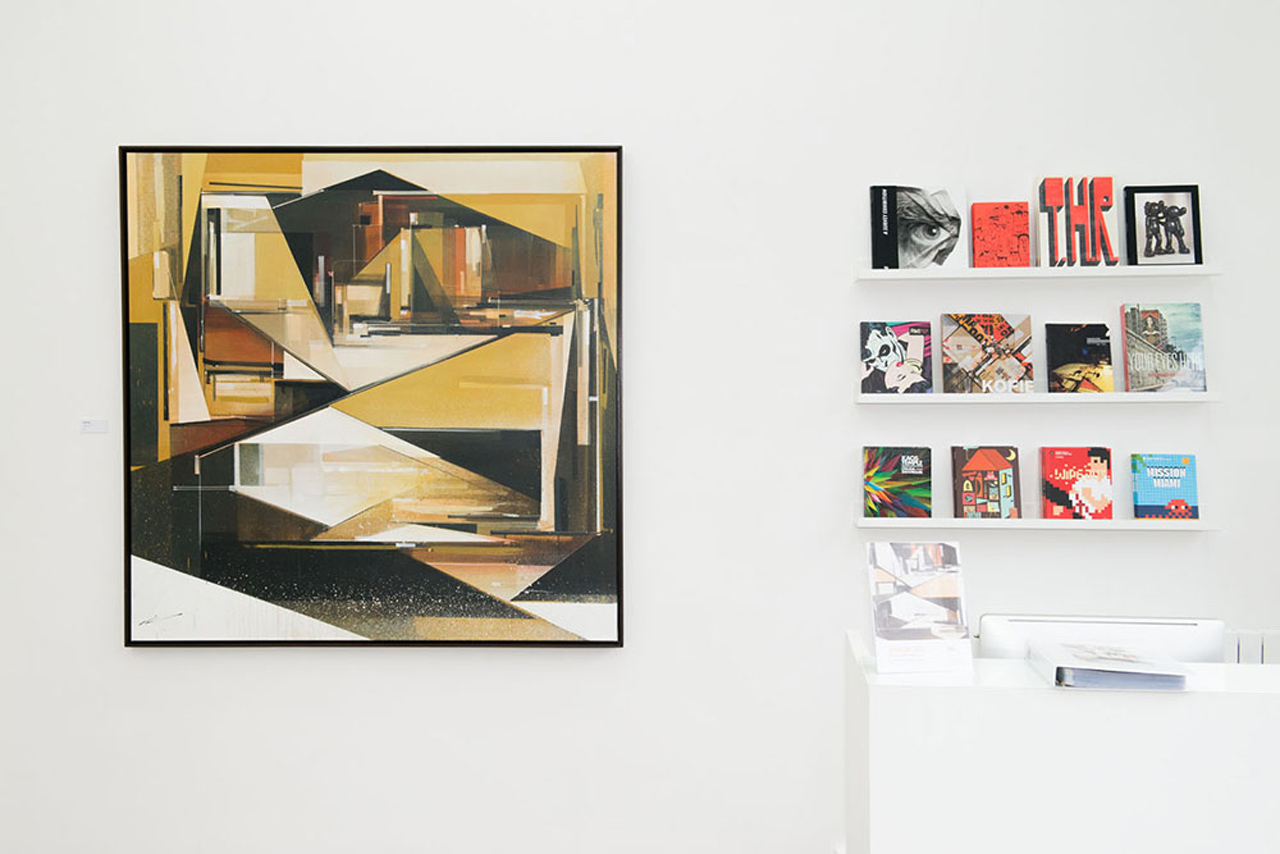 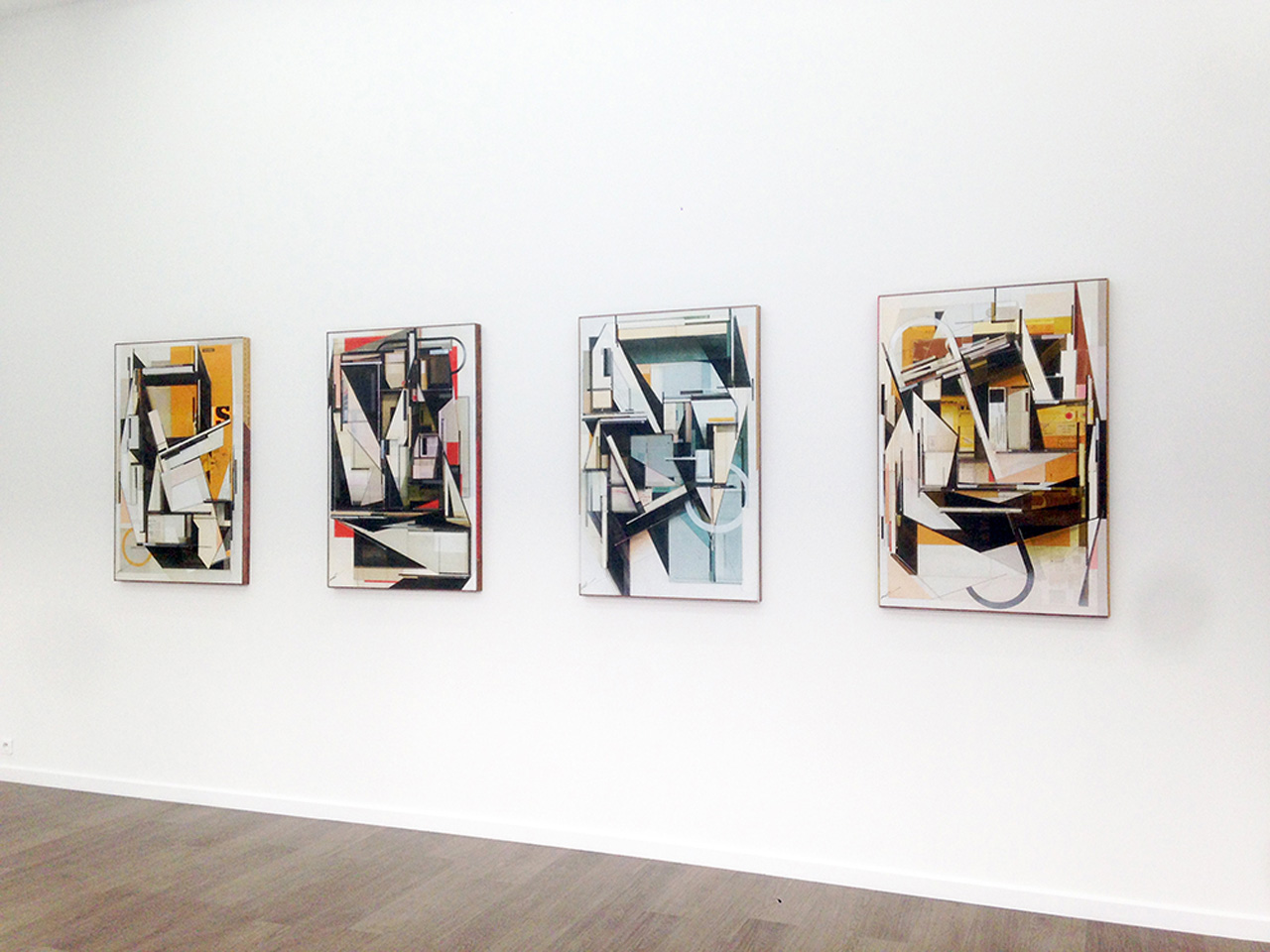 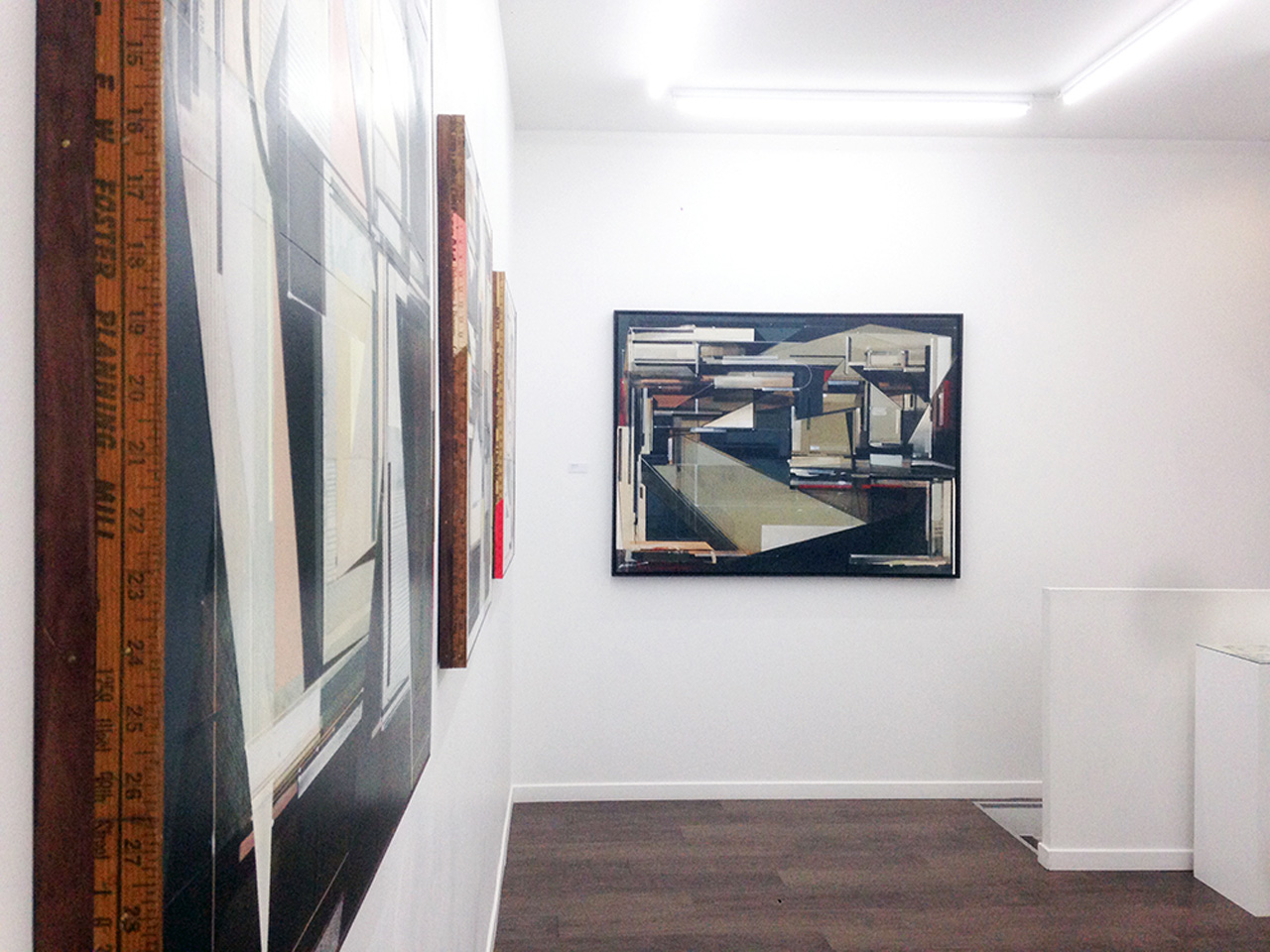 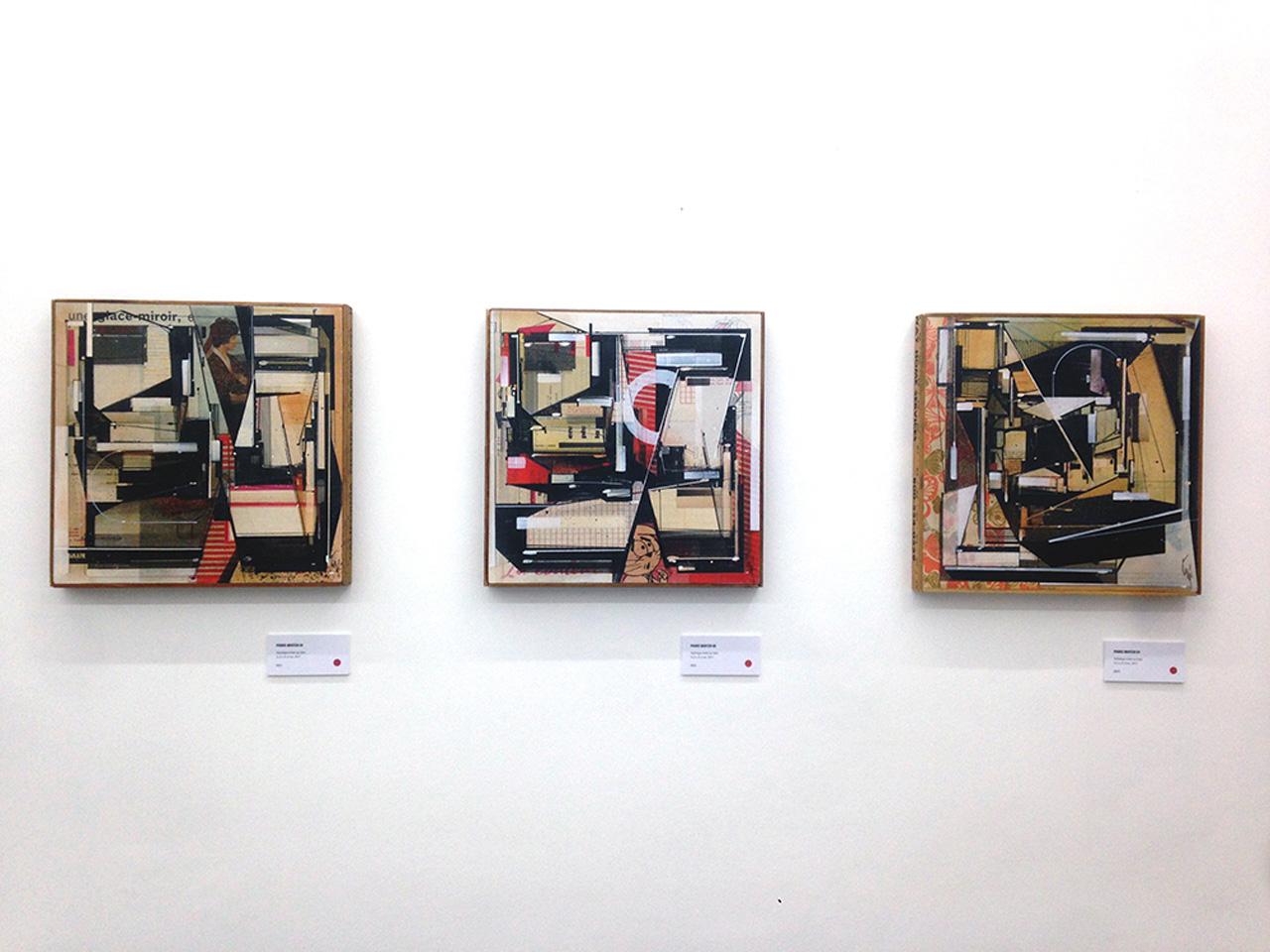 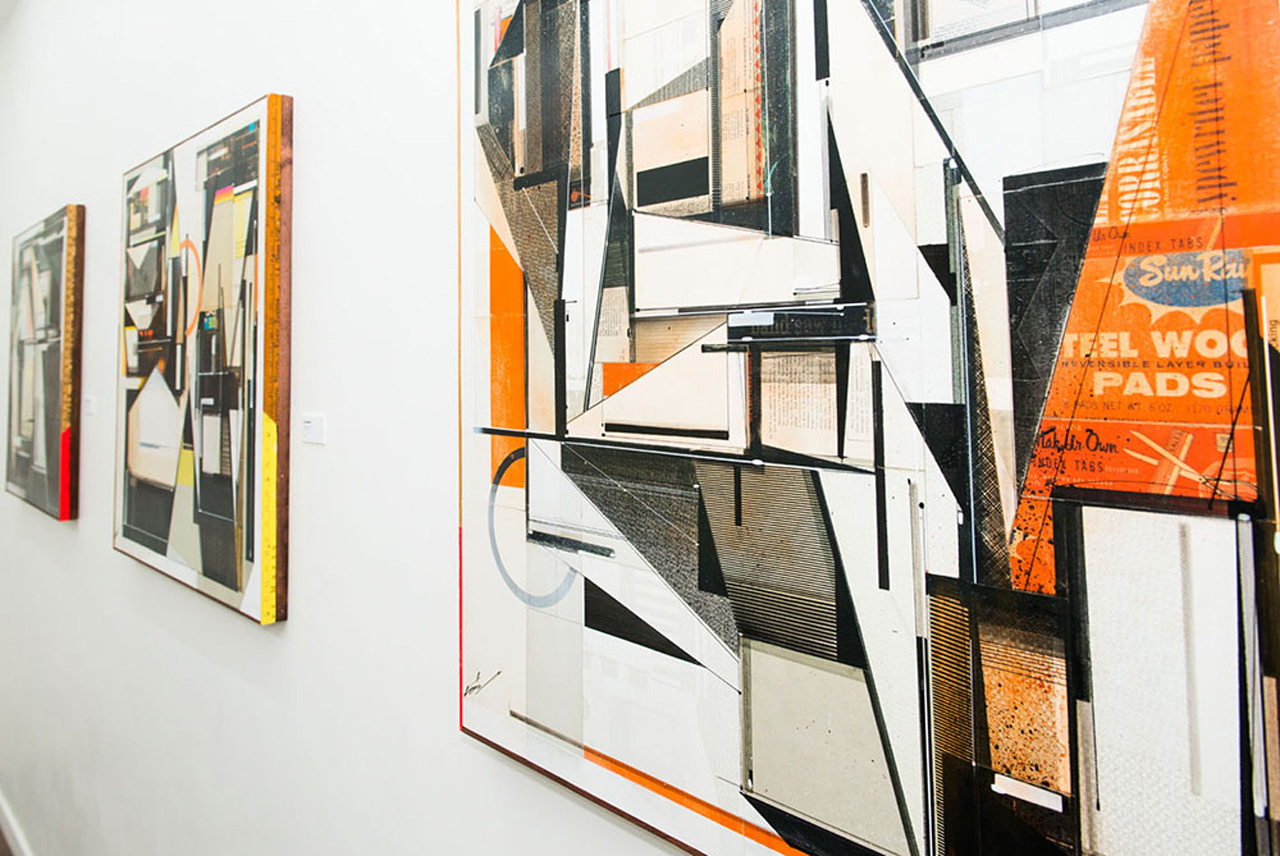 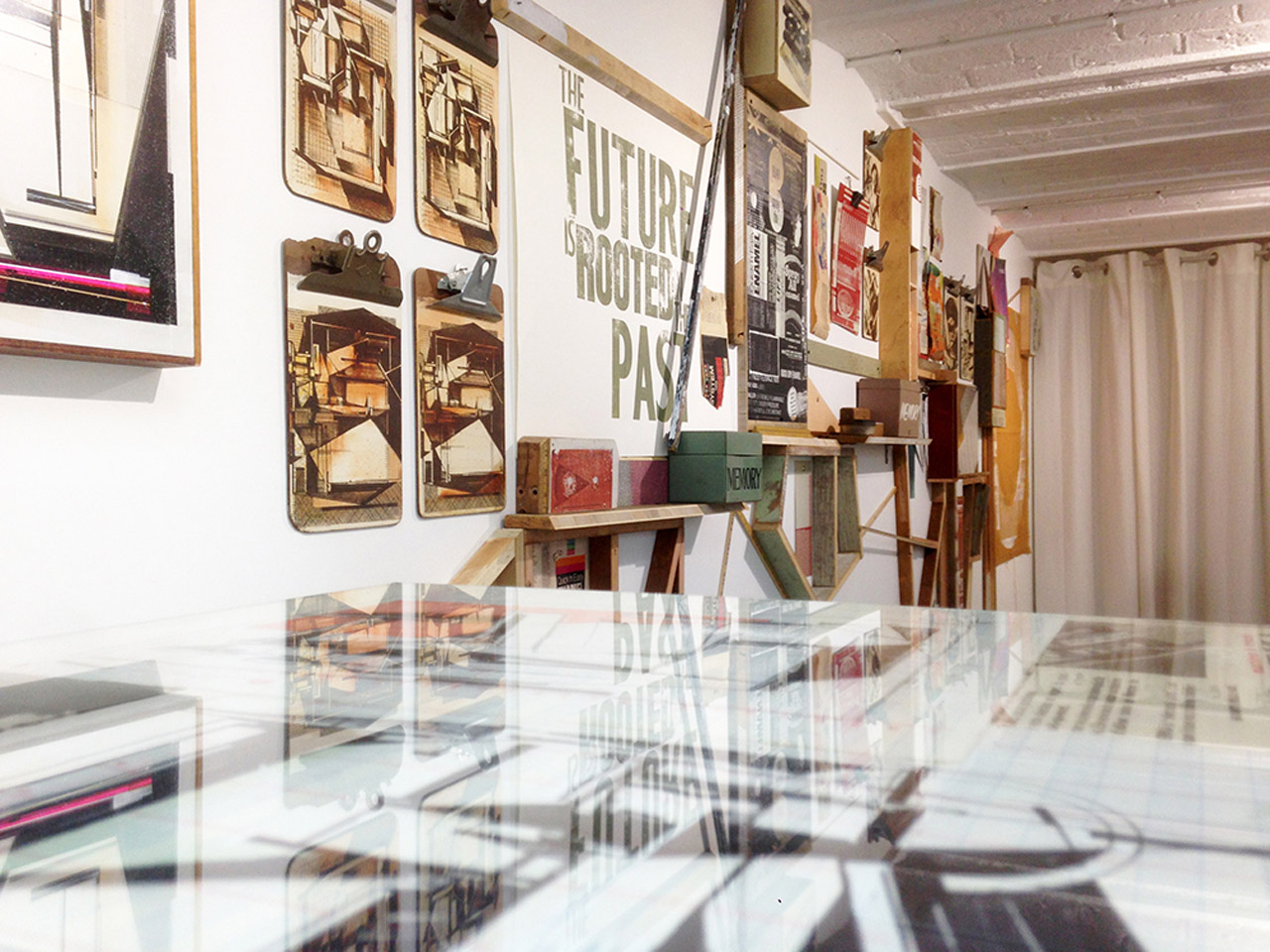 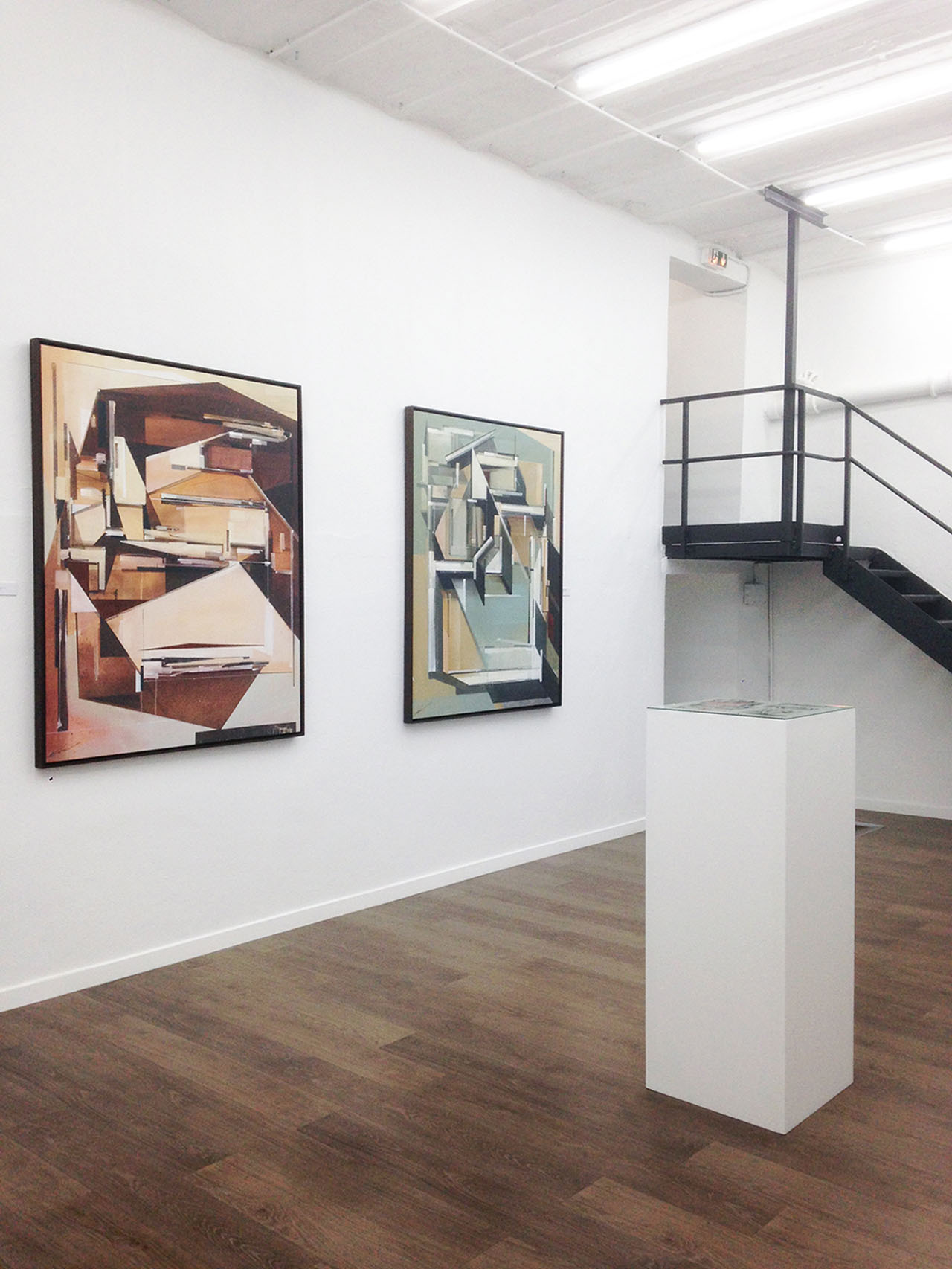