Currently at Honor Fraser Gallery in Los Angeles, Rosson Crow has on display a series of new paintings in a show entitled The Happiest People on Earth. The new mixed-media works (acrylic, spray-paint, photo transfer, oil, and enamel on canvas) sees the locally-based artist step away from the surreal interiors she is known, moving in a new direction featuring “desert landscapes set in a future overwhelmed by the refuse of the paranoid present.” Created in the leadup to the 2016 presidential election and influenced by the post-apocalyptic mood she was in, the natural settings Crow has depicted in the pieces represent how the “spread of conspiracy culture beyond the fringe could be perilous.” 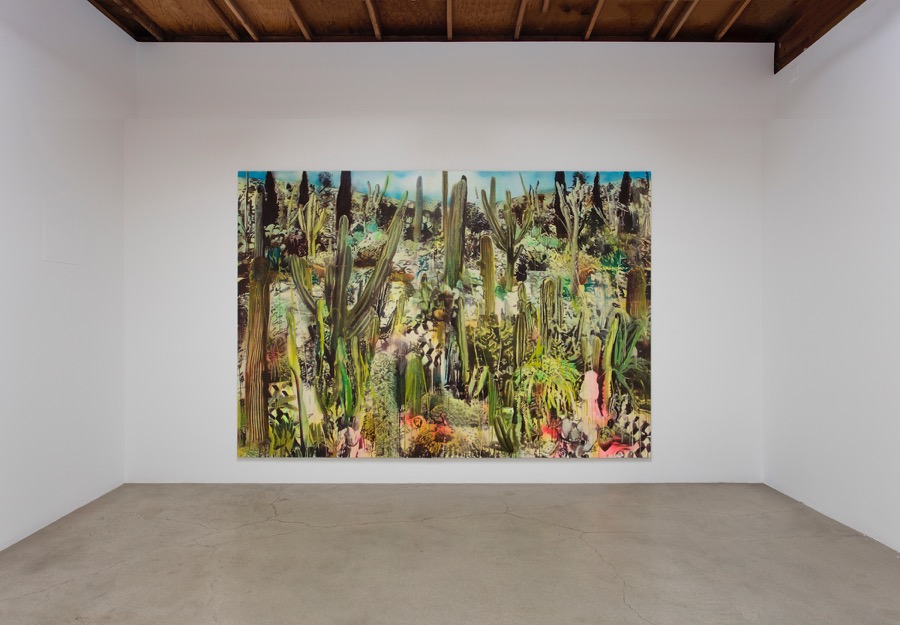 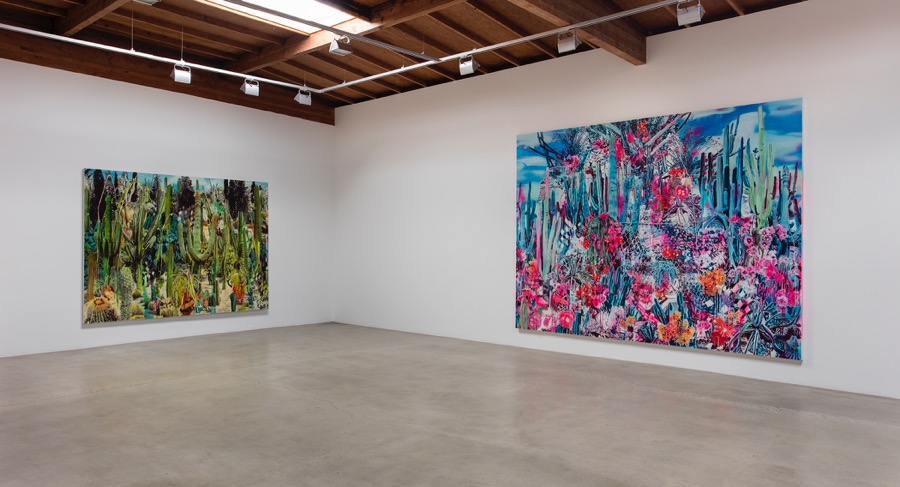 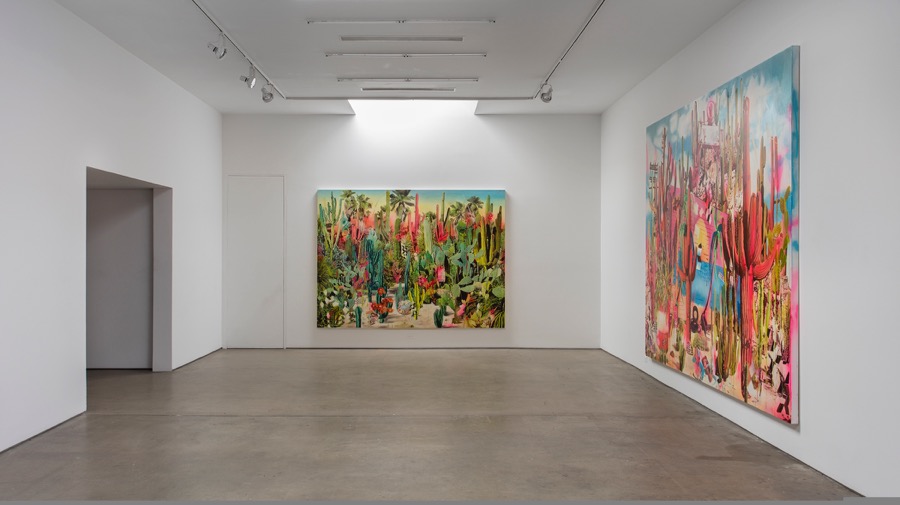 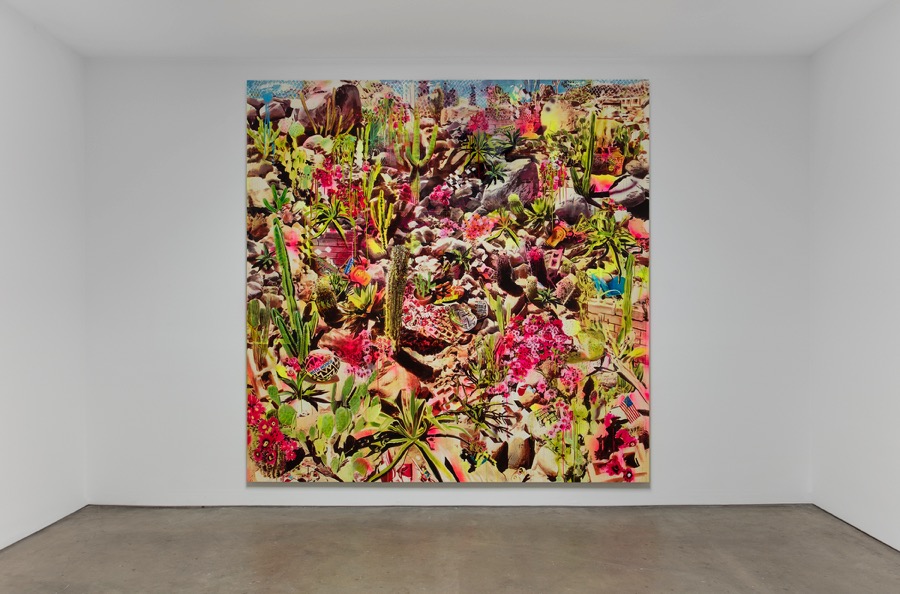 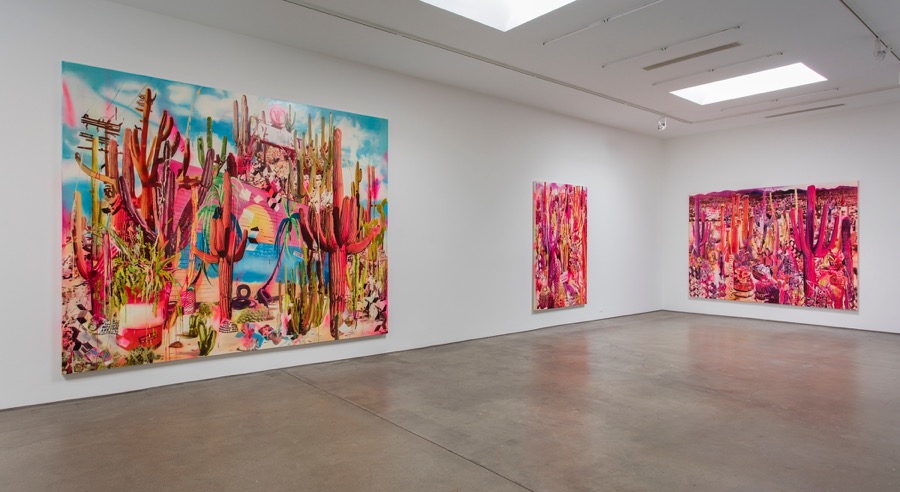 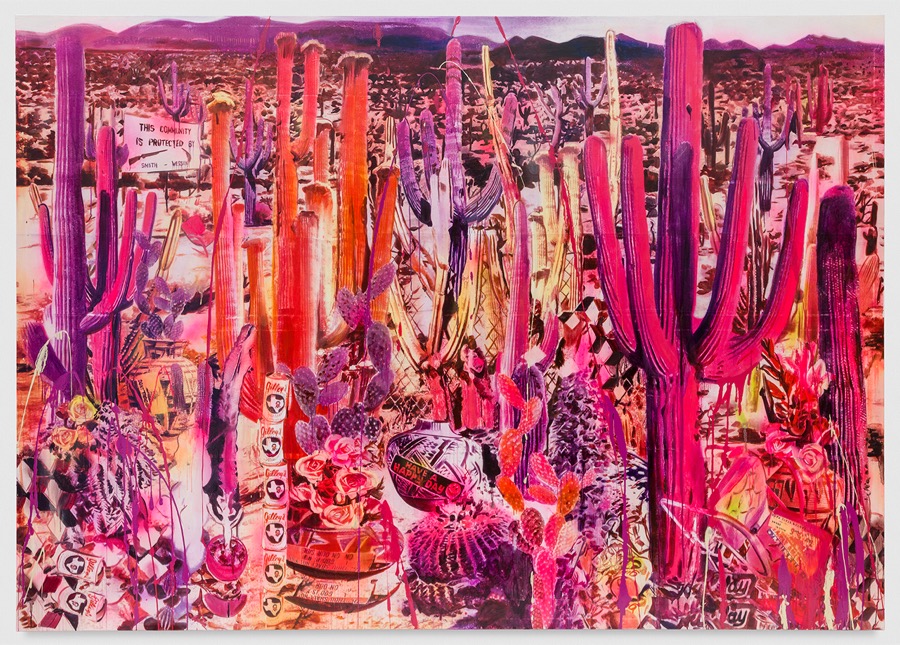 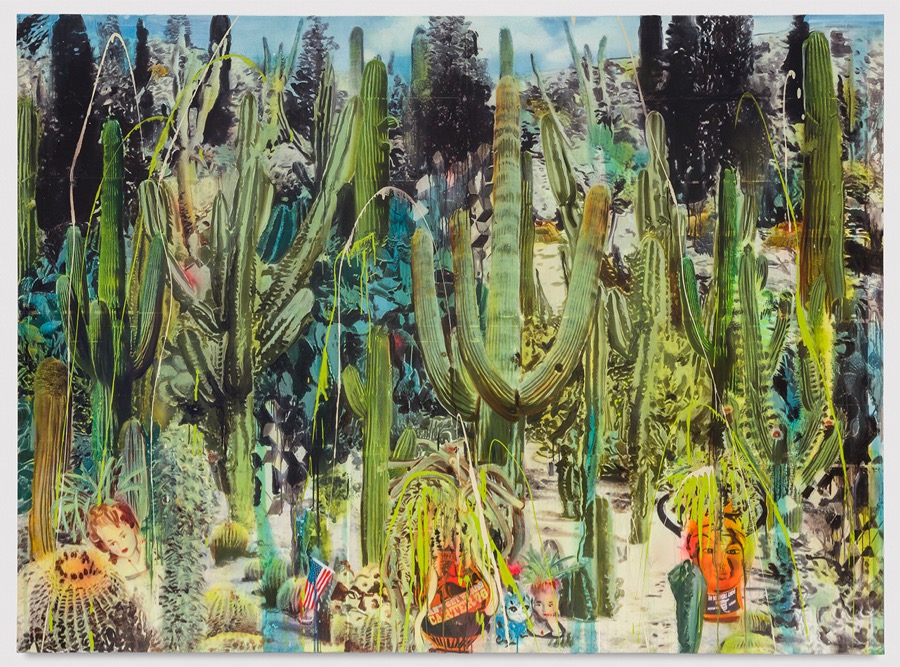