Earlier today Banksy set up a street tea party in front of The Walled Off Hotel in Bethlehem, Palestine (covered), “celebrating” tomorrow’s 100 years anniversary of the Balfour Declaration. The infamous artist already addressed the important role of Great Britain in the ongoing Middle East conflict at the hotel’s museum, and couldn’t miss an opportunity to remind the world about it on this big day.

Balfour Declaration was a public statement issued by the British government announcing support for the establishment of a “national home for the Jewish people” in Palestine. Sent in a letter dated 2 November 1917 from the United Kingdom’s Foreign Secretary Arthur Balfour, its seen by Palestinians as the document that gave away their homeland, while Israelis see it as helping pave the way to the founding of their country at a time when Jews were facing persecution elsewhere.

In his unmistakable sarcastic style Banksy setup a dismal neighborhood tea party, fully decorated with burnt British flags, bullet pierced union jack helmets, crooked red, white and blue cake, addressing British government’s statement that it will mark Thursday’s anniversary “with pride”.  The ‘apology party’ was attended by some 50 local children, mostly descendants of Palestinians forced to flee their land in the 1948 war surrounding the creation of Israel, and included performances, creative worksop as well as the visit of fake Queen Elizabeth II. The center point of the party was the royal reveal of his latest public work – simple “Er, SORRY” text with crown symbol chiseled on the notorious wall. 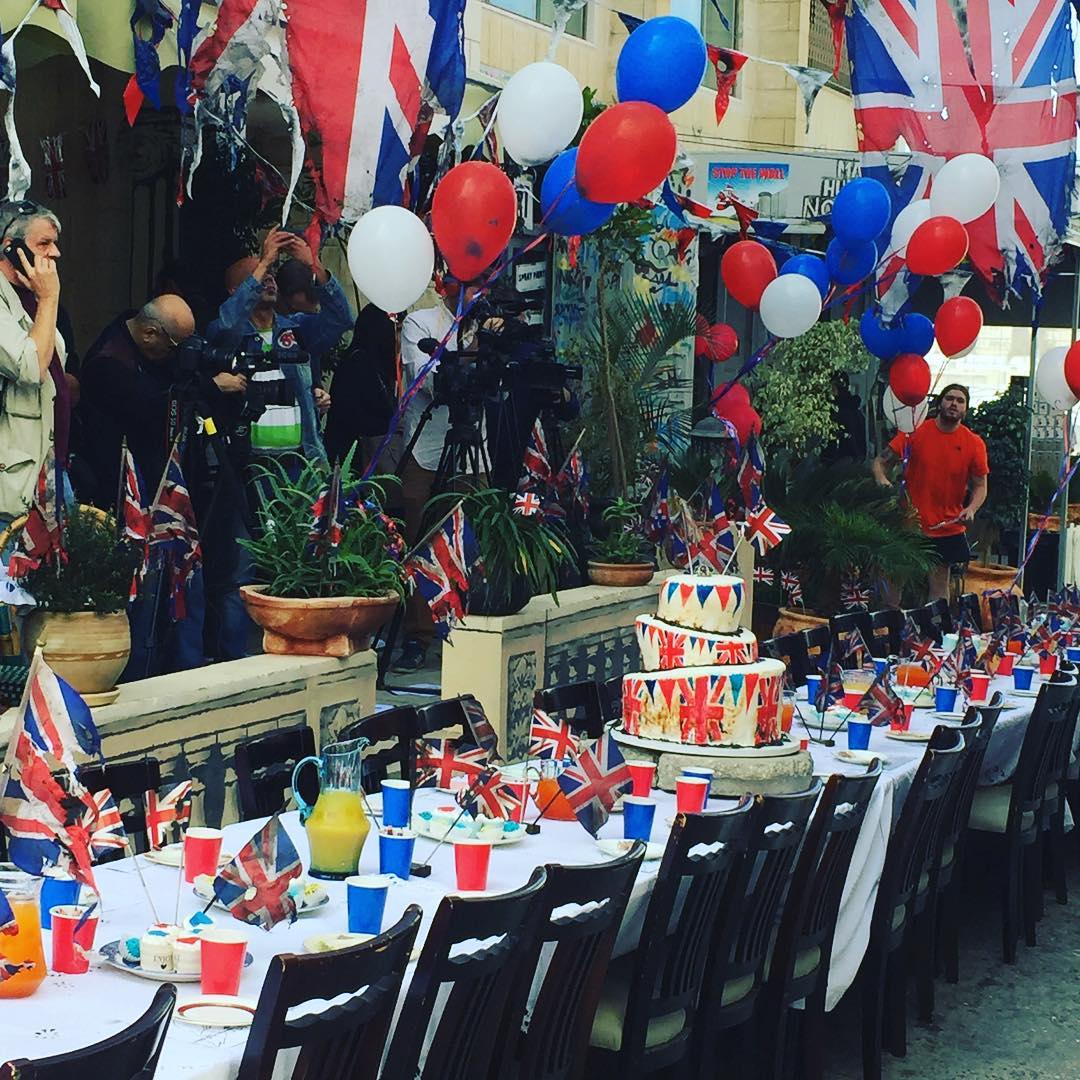 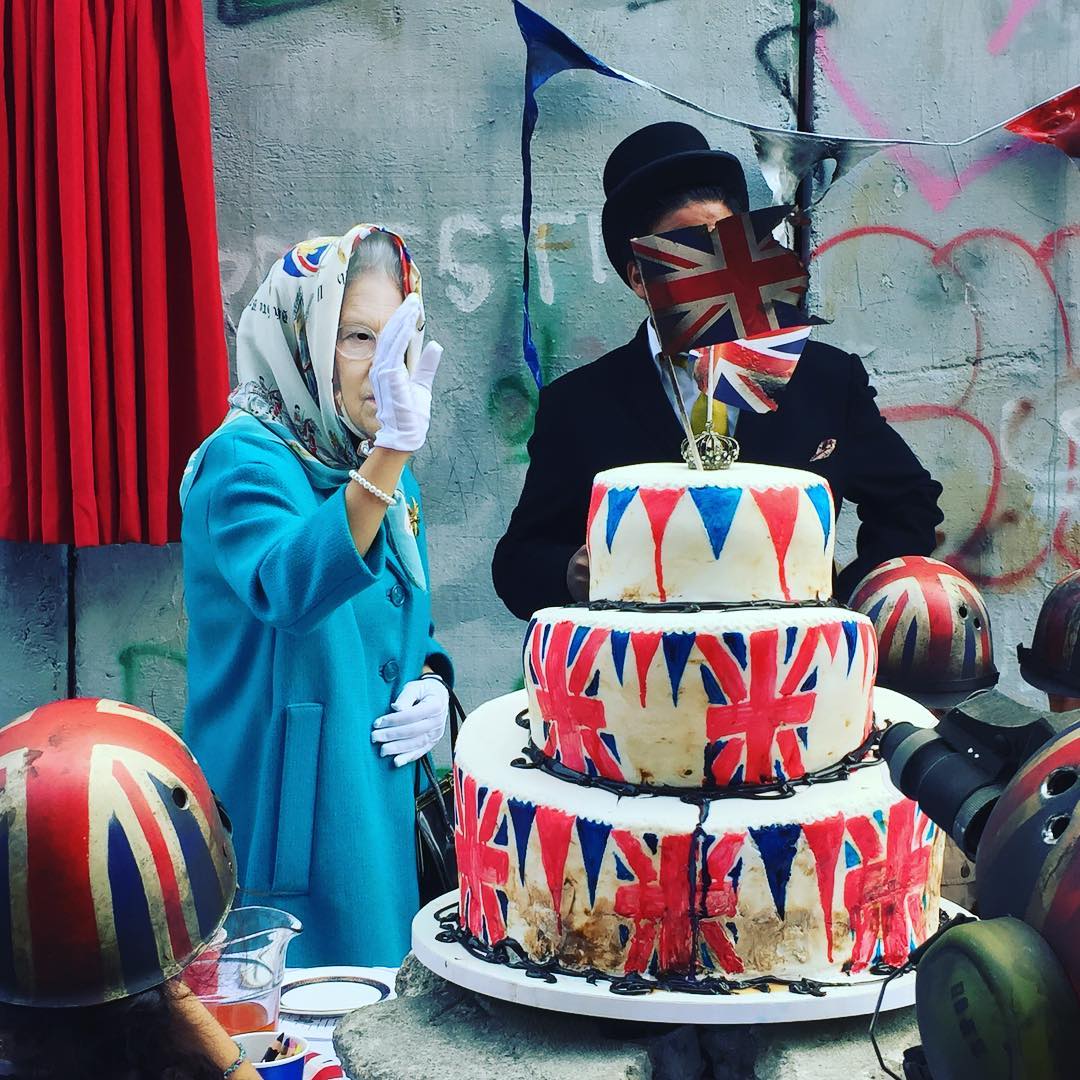 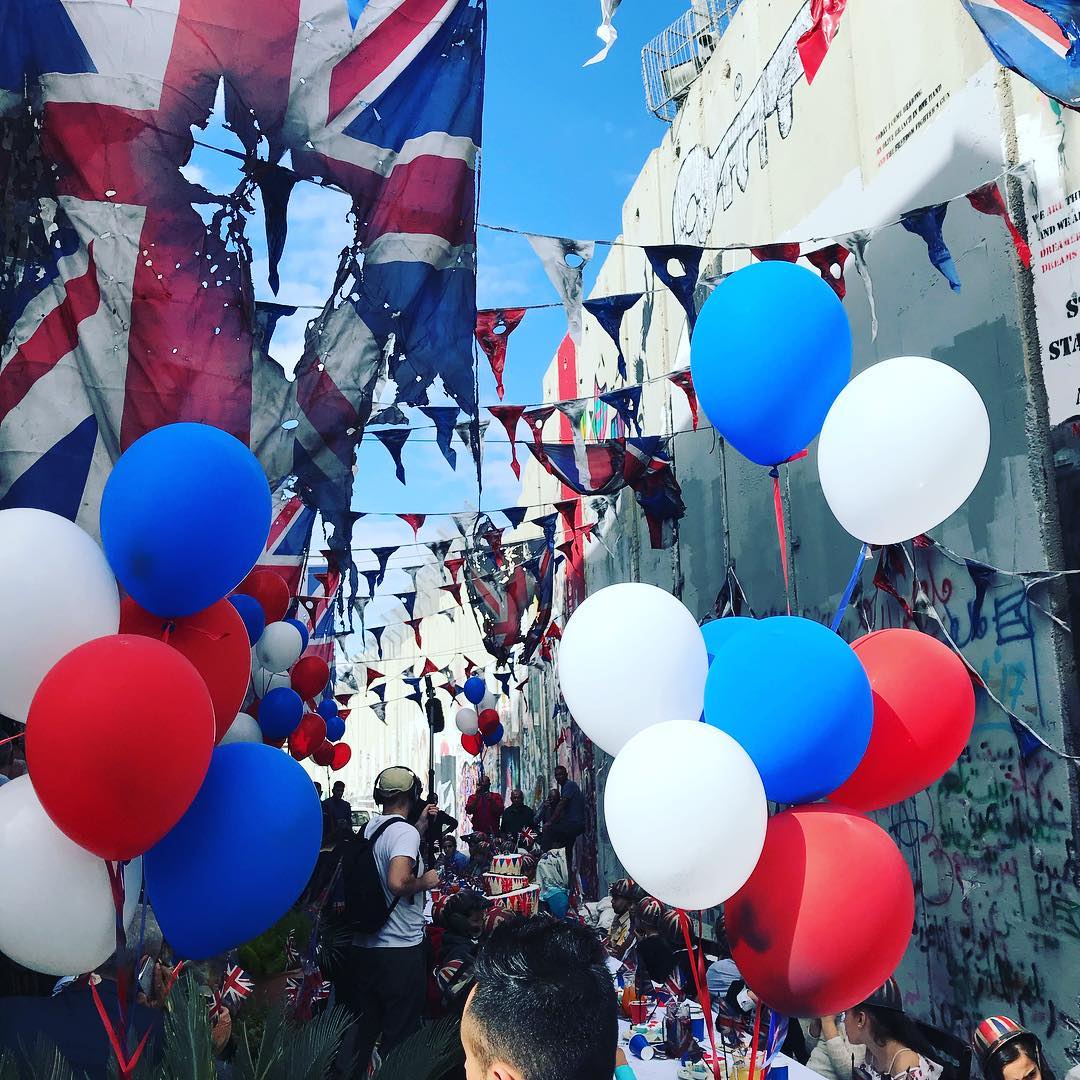 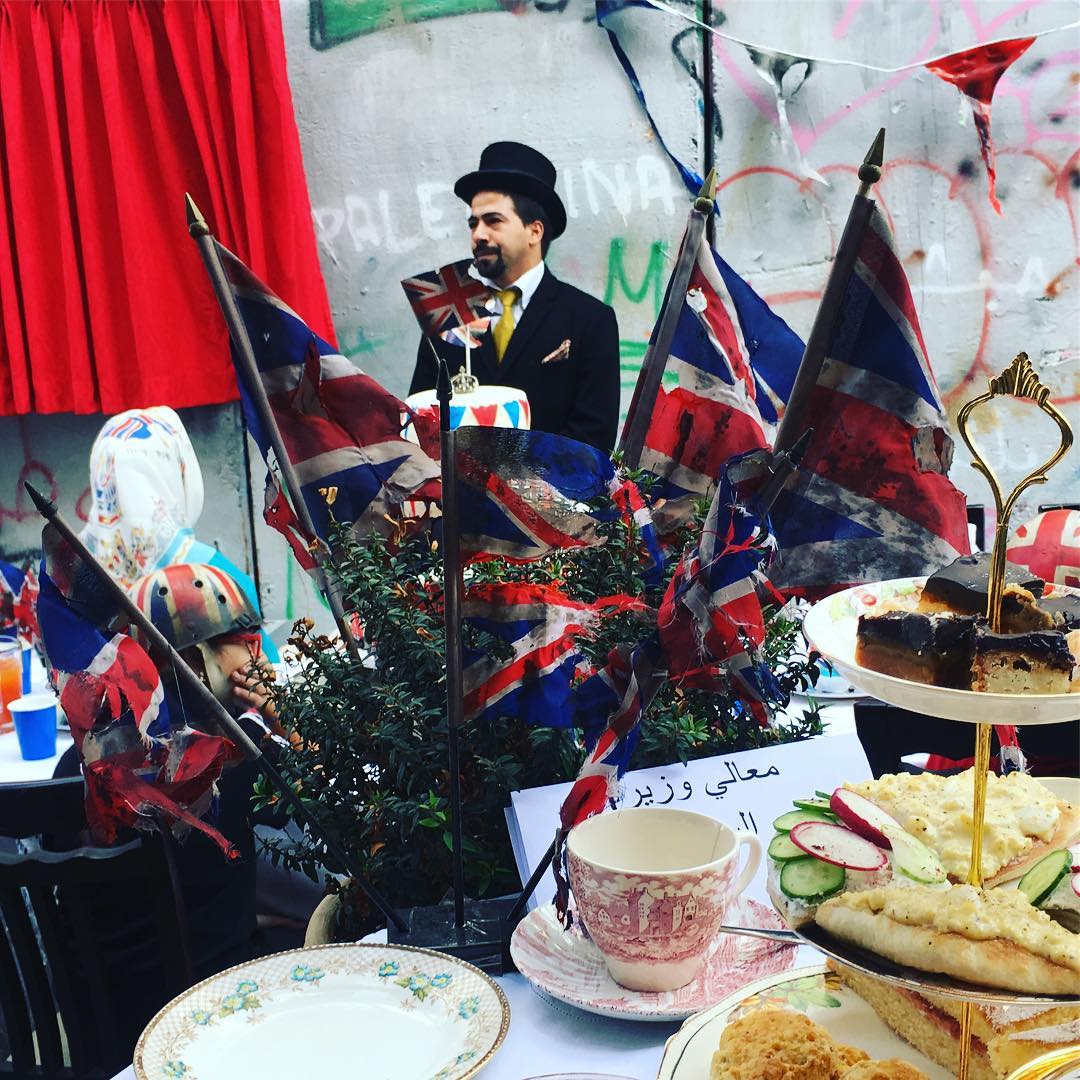