After joining the hospitality industry 6 months ago and successfully running a hotel in the middle of turbulent Bethlehem, attracting both tourists and media attention, Banksy just announced  the opening of a gift shop as part of its new Autumn schedule @ The Walled Of Hotel (featured). Simultaneously opening bookings for winter season as well as announcing the new Vandals Retreat program, the illusive artist is putting his latest project back on the headlines worldwide.

The new gift shop is now open both online and at the premises and alongside the usual mugs and T-shirts it offers a selection of memorabilia officially and exclusively created by Banksy and produced or decorated by local craftspeople. Some of the items include a watchtower art print housed in a cheap Ikea frame with an actual chiseled off piece of wall, miniature reproduction of the hotel’s iconic electronic key fobs, a mini stretch of separation wall or grappling hook made from a crucifix. All of the items in the gift shop have been officially and exclusively created by the artist “and should not to be confused with the ‘Banksy shop’ next door, that has nothing to do with Banksy at all” says the hotel’s website. All profits from sales go towards sustaining the hotel and social projects.

Along with the shop, the hotel management is launching a new Vandals Retreat program, giving tourists a chance to vacation in the company of a famous graffiti artist. The first host will be Australian Lush, who took part in Dismaland 2 years ago (featured), and has been to Gaza recently, painting a series of his provocative meme-based murals. This program will include excursions to paint the wall as well as the dinner with the artist, and the hotel spokesperson stated that the experience is “a bit like going on a cruise with a celebrity, but with a lot more swearing”.

All photos credit by walledoffhotel.com 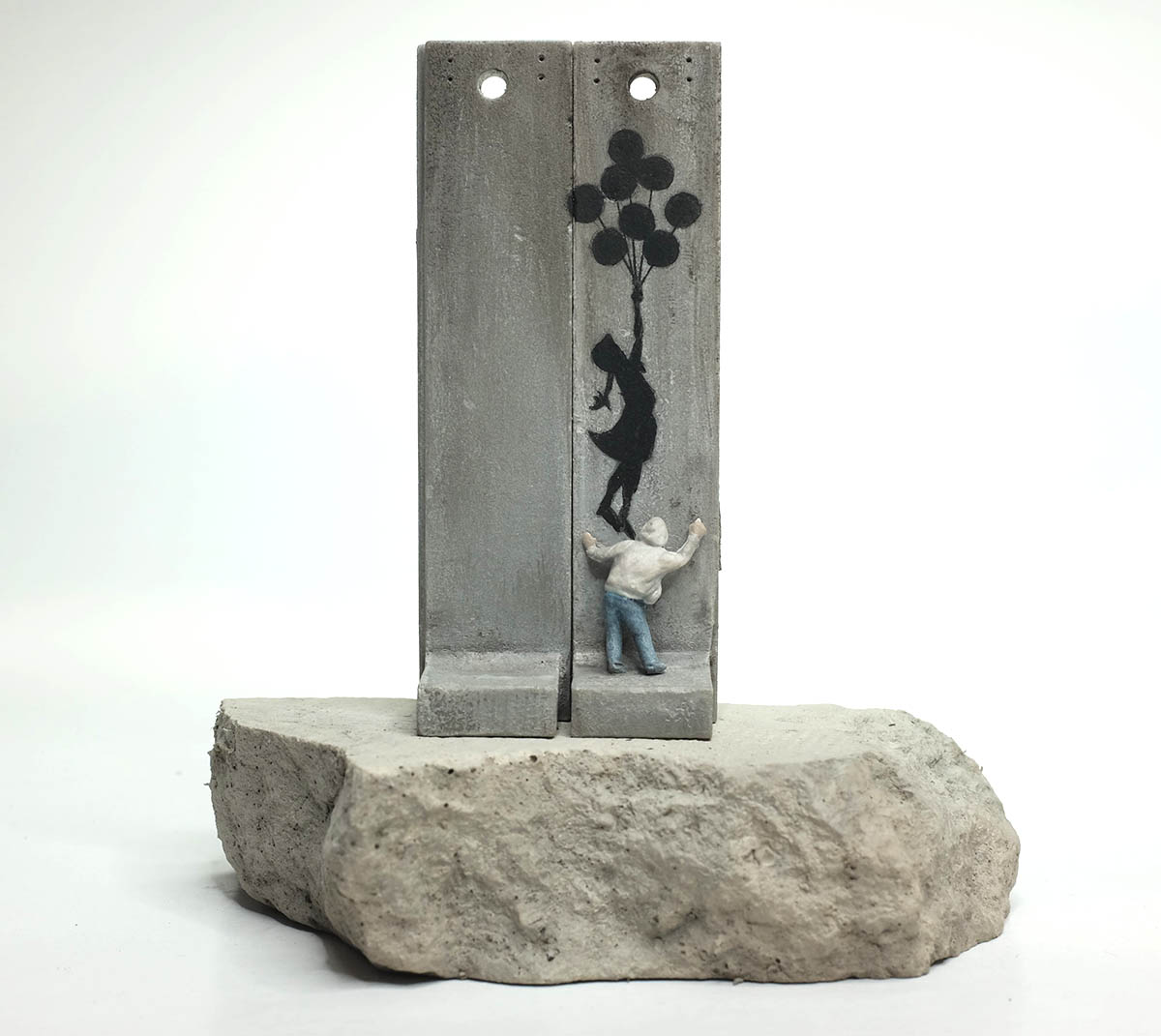 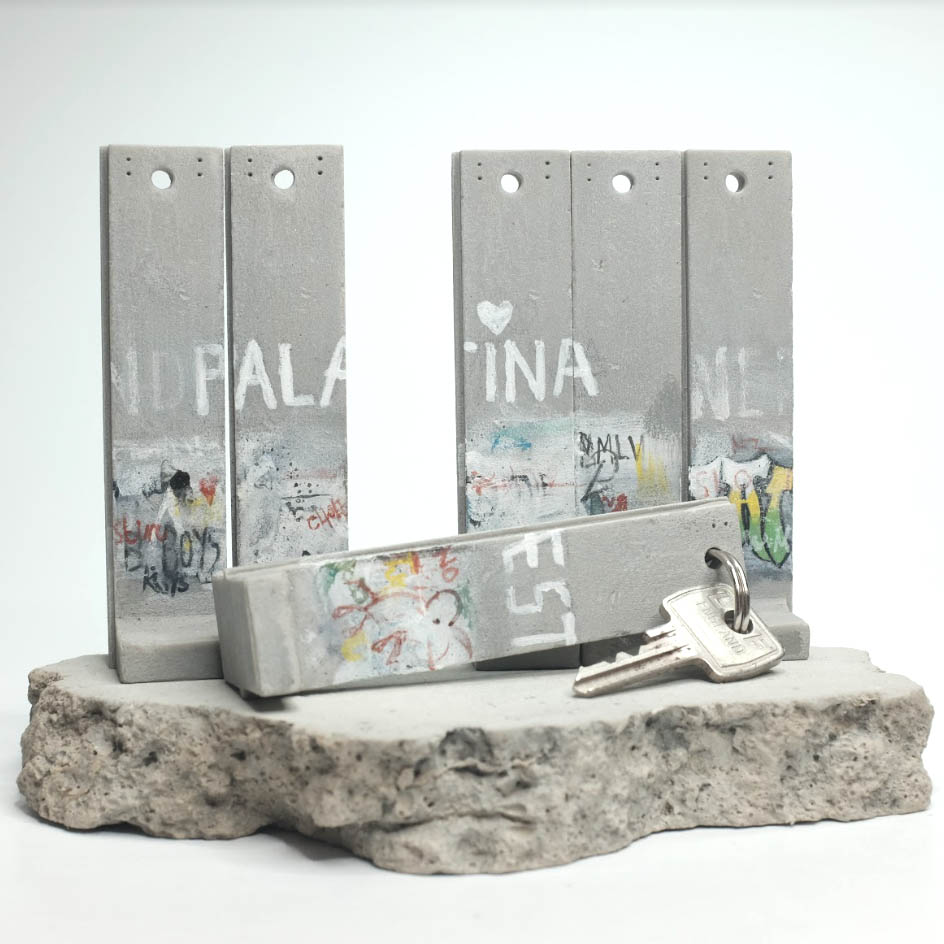 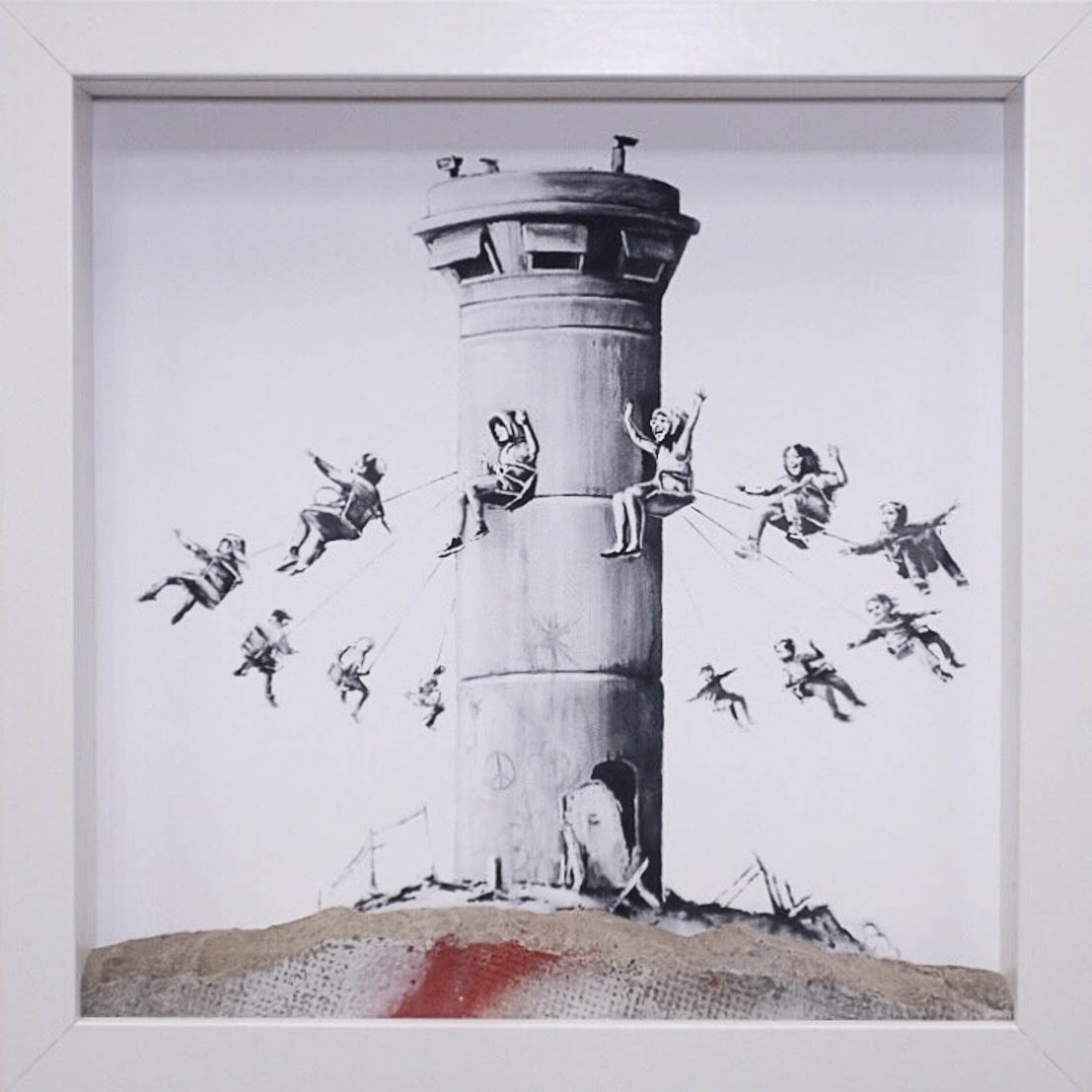