After a first look at this year’s ComplexCon a couple days ago, we now will show you how the imagery of Takashi Murakami branded the event. Along with adding his work to all the adverts, media, and setup of the event, the Japanese artist also had a booth of his own displaying his artwork as well as had a massive amount of merchandise for sale in the gift shop. Top on the list for his fans were exclusive new sculptural editions, two “octopus DOBS”, a Modernica rocker chair, prints, and skatedecks. Murakami also graced the event in Long Beach with his presence and was present for signings, panels, photo sessions, as well a silkscreening showcase with Virgil Abloh for Off-White resulting in some unique t-shirts for sale. 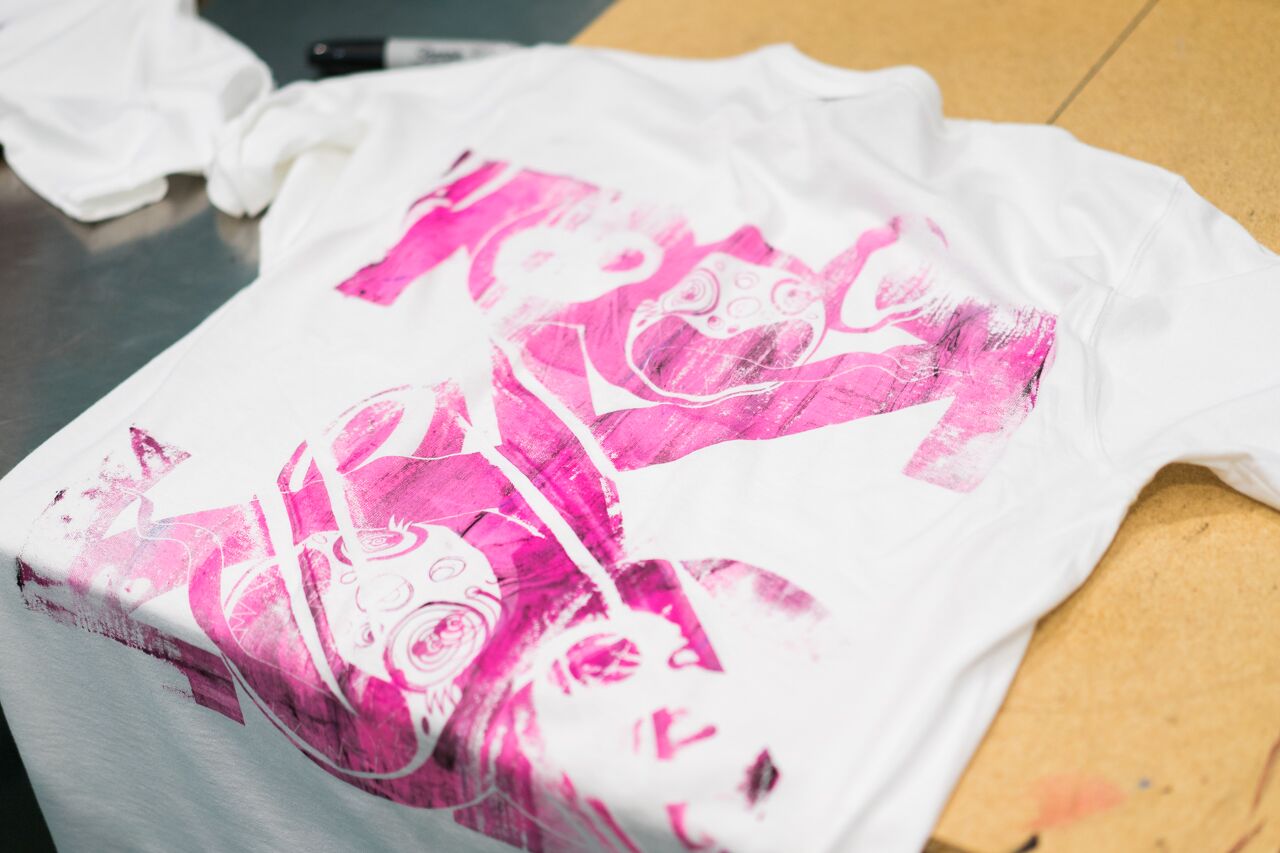 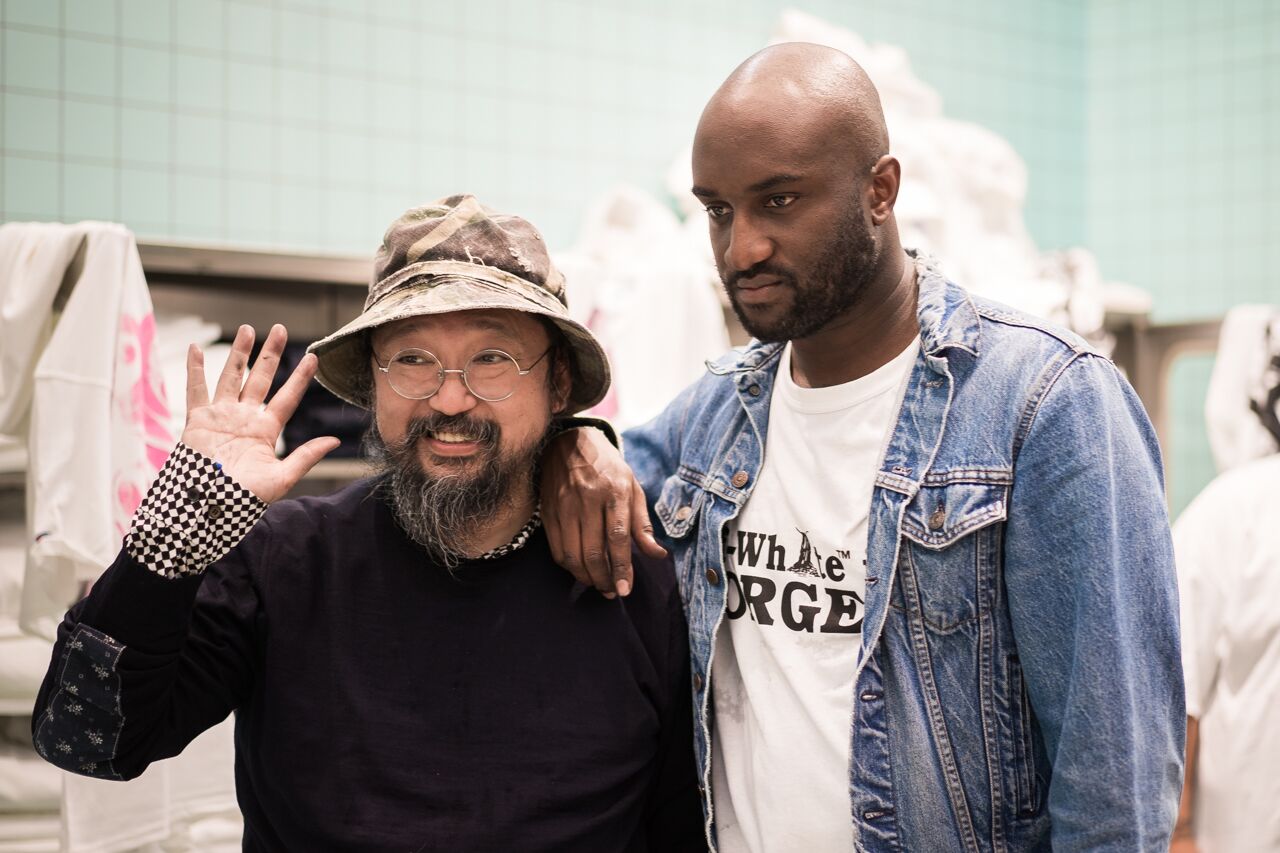 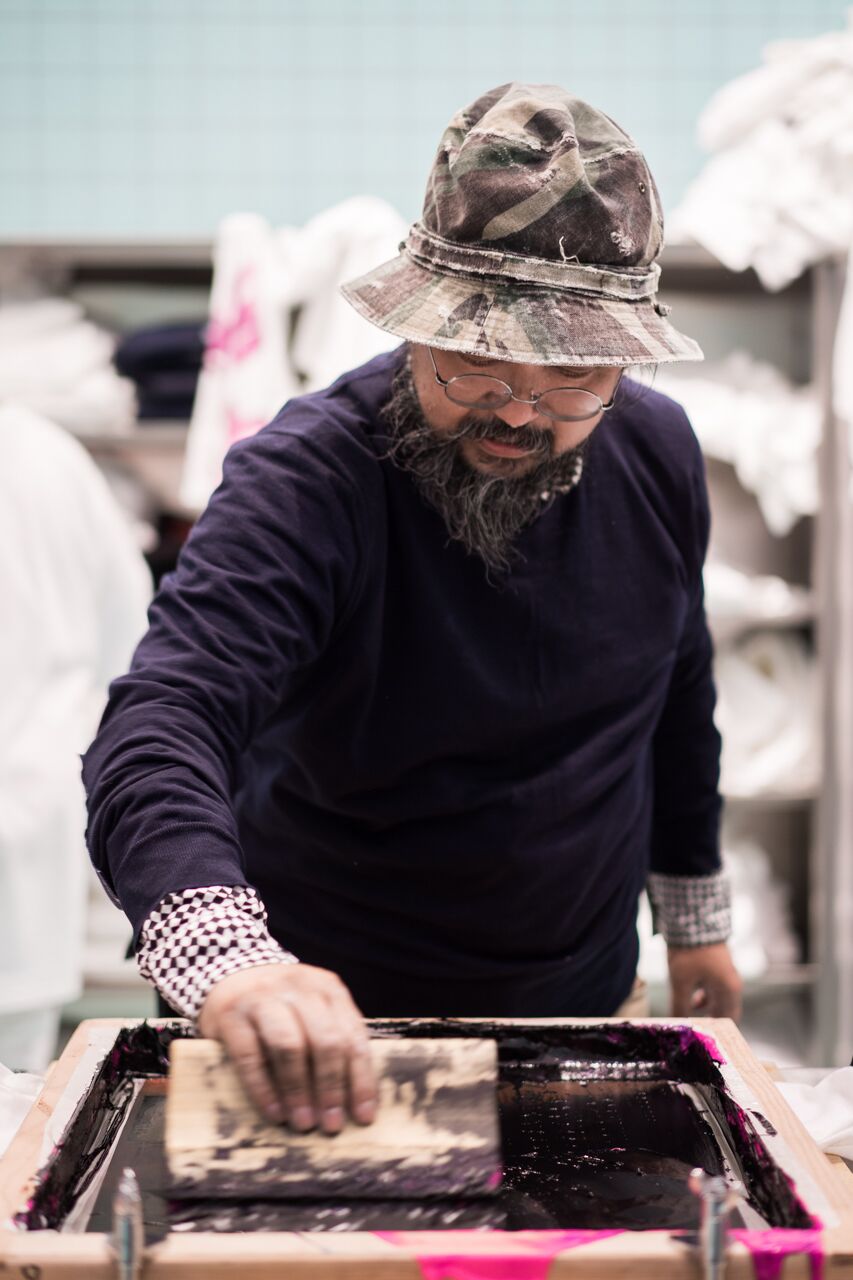 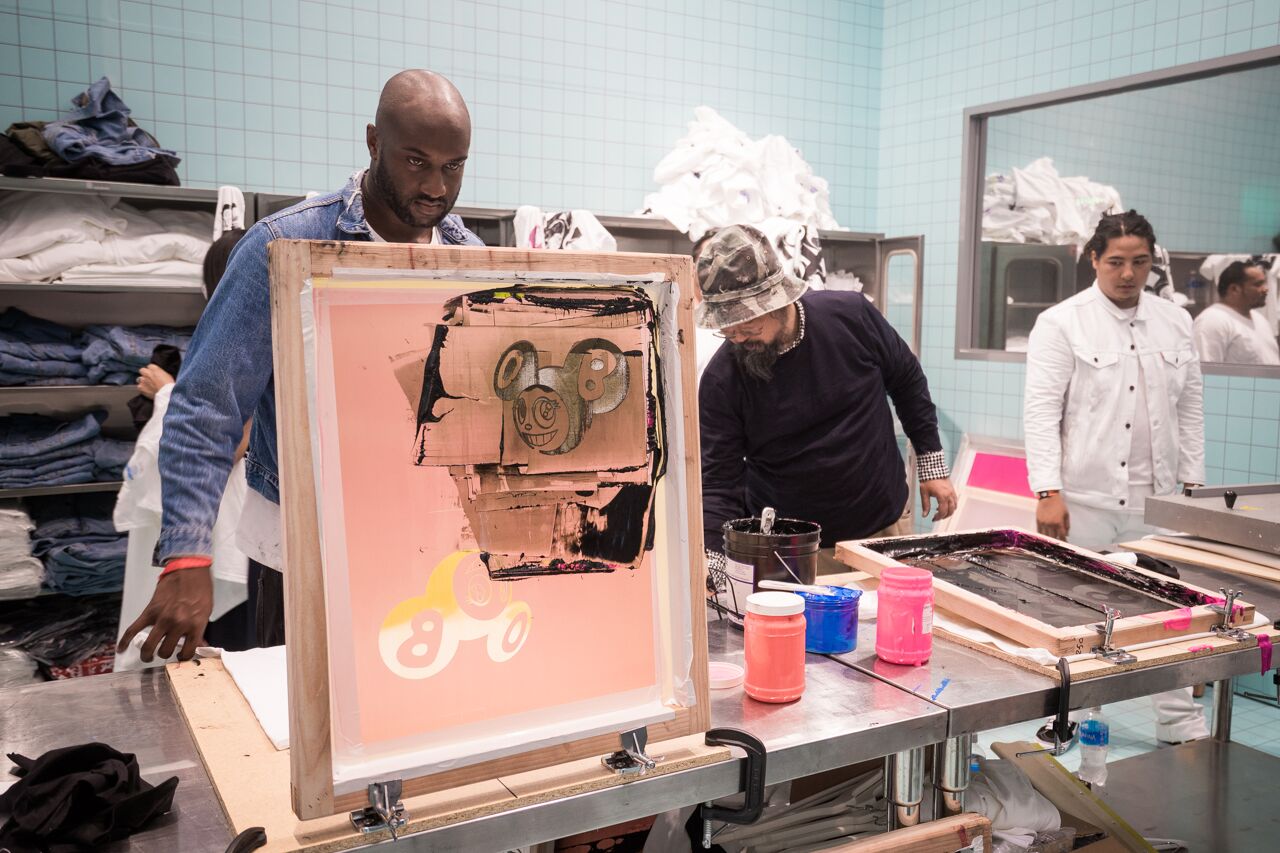 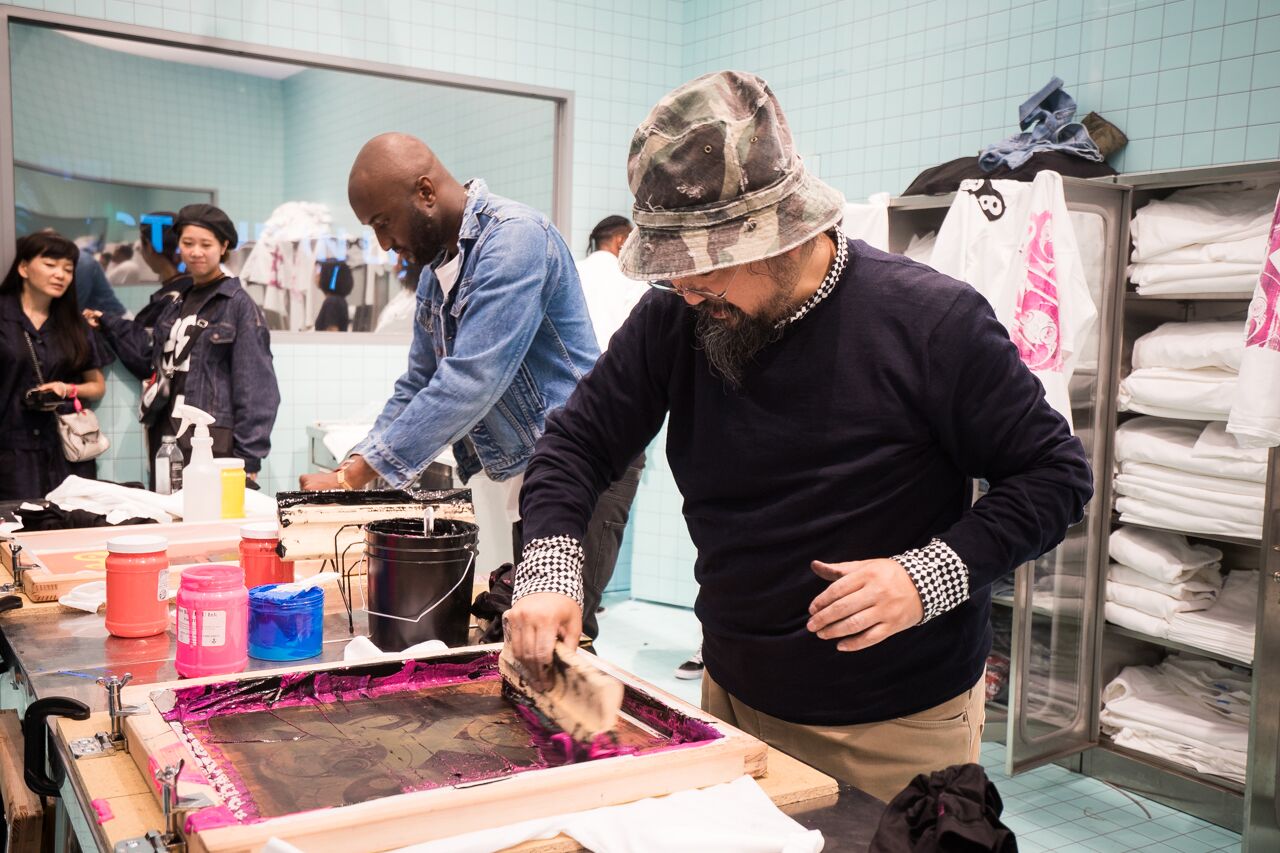 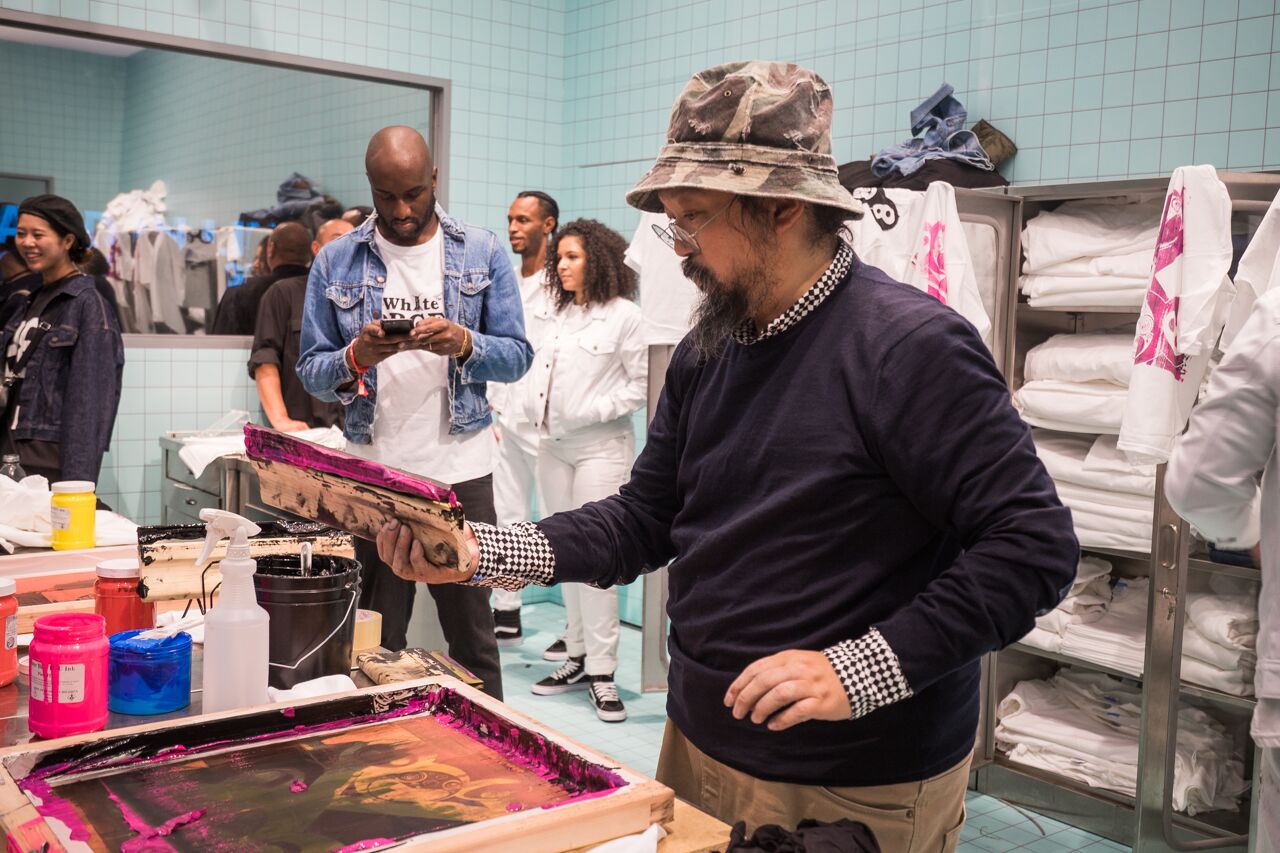 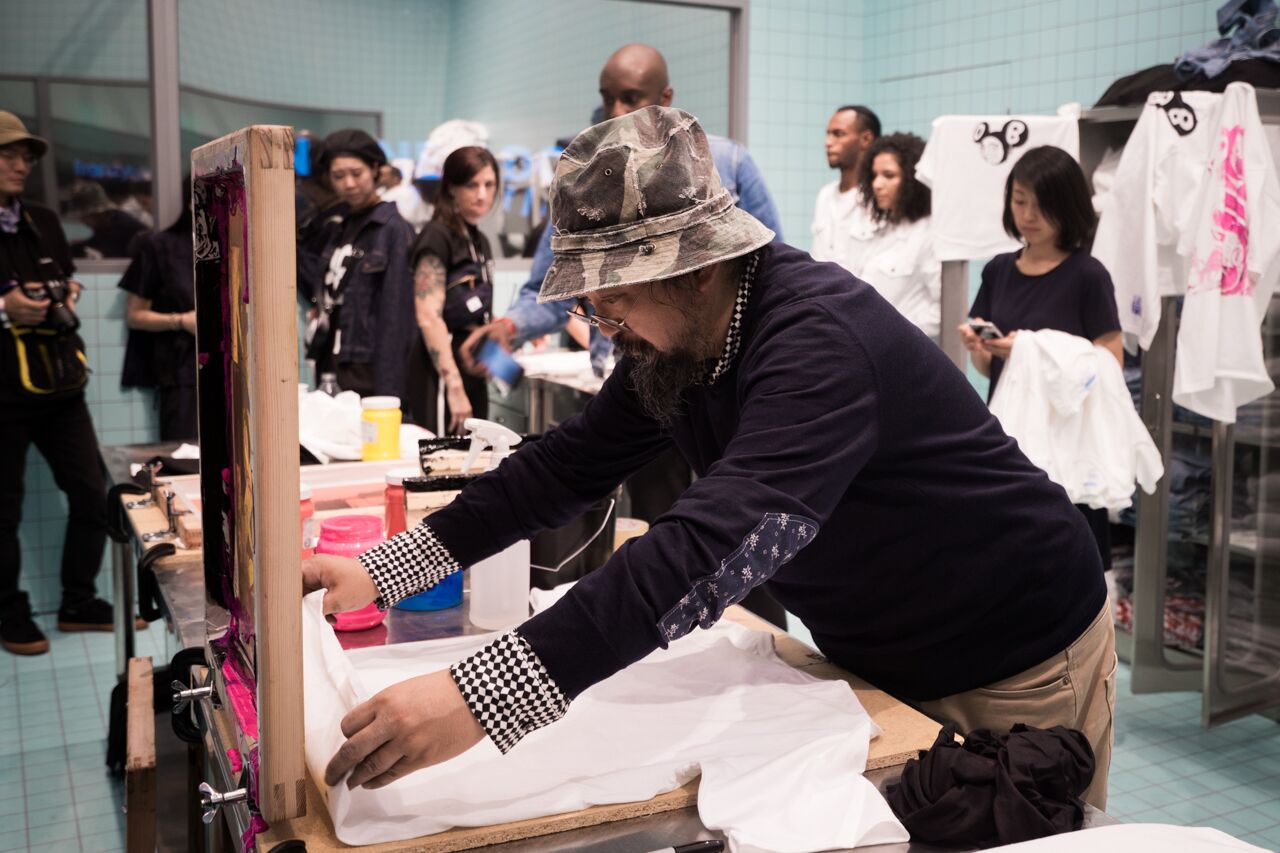 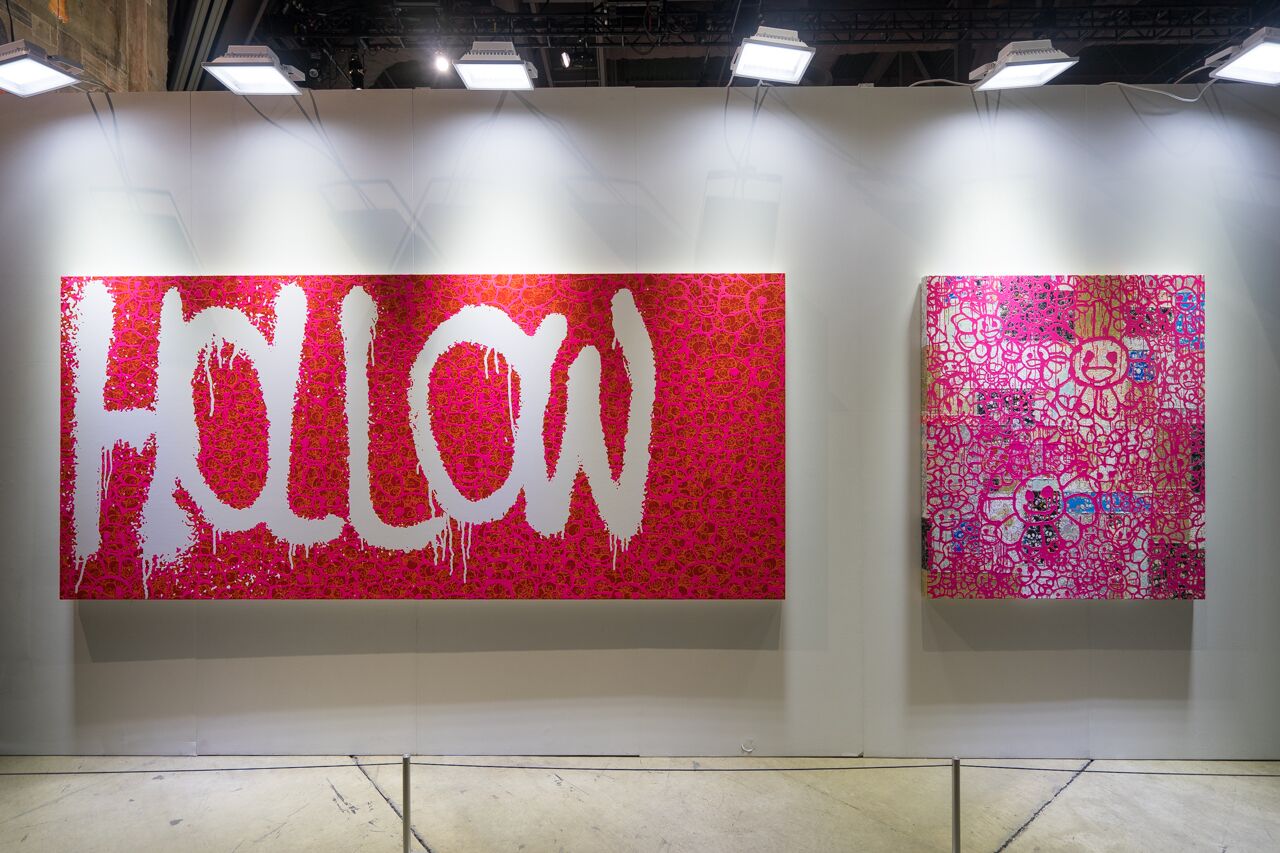