Eight years since his last showing in Amsterdam, Richter finally came back to introduce a new body of work. Even though the work he started developing in the 90s was widely recognized and well accepted, the artist felt it was time to depart from that direction and develop something new. The result are these strong large canvases, reduced in the amount of imagery used in a single piece, but rich both in texture and stimulating color scheme used. The new works are more defined and explicit, using pornographic imagery as a source to explore energy, movement, surface and color. Through expressive brush strokes and layering of vibrant tones, the Berlin-based artist constructs dynamic compositions that suggest human figures captured in a vigorous movement. The fragmented and reduced figures are assembled from sharp lines and vivid hues that depict body parts. This fragmentation accents the motion and the interaction between the bodies, pushing the works into the realm of abstraction. The interaction of elements that is meant to guide the observer to interpret the image individually, seeing them as violent, sensual or simply awkward. By combining the figurative segments as an information layer, with strict linear gradient backgrounds as a pictorial layer, Richter researches how these two affect the perception of the work as a whole, while creating the “aesthetic surplus.” 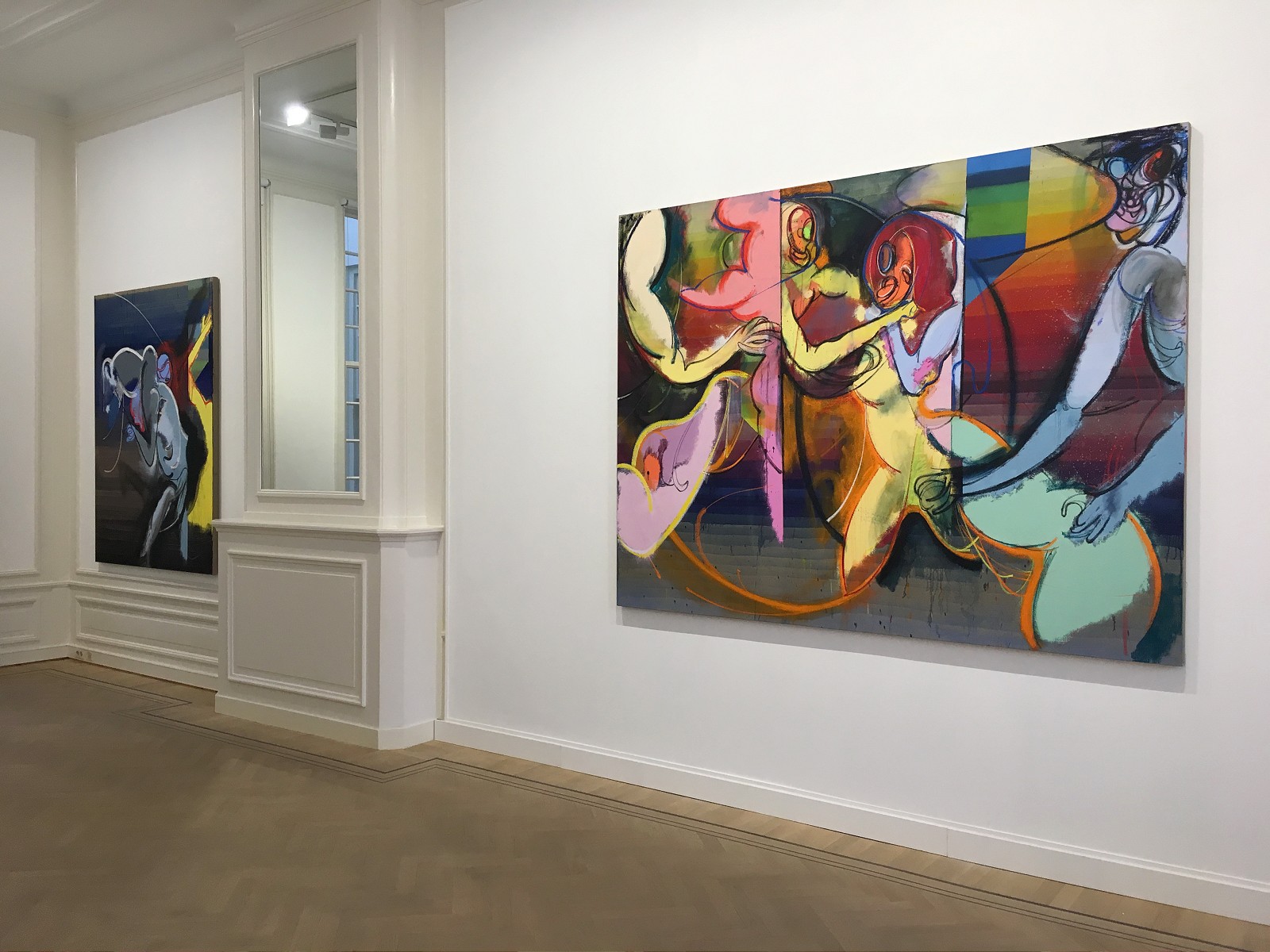 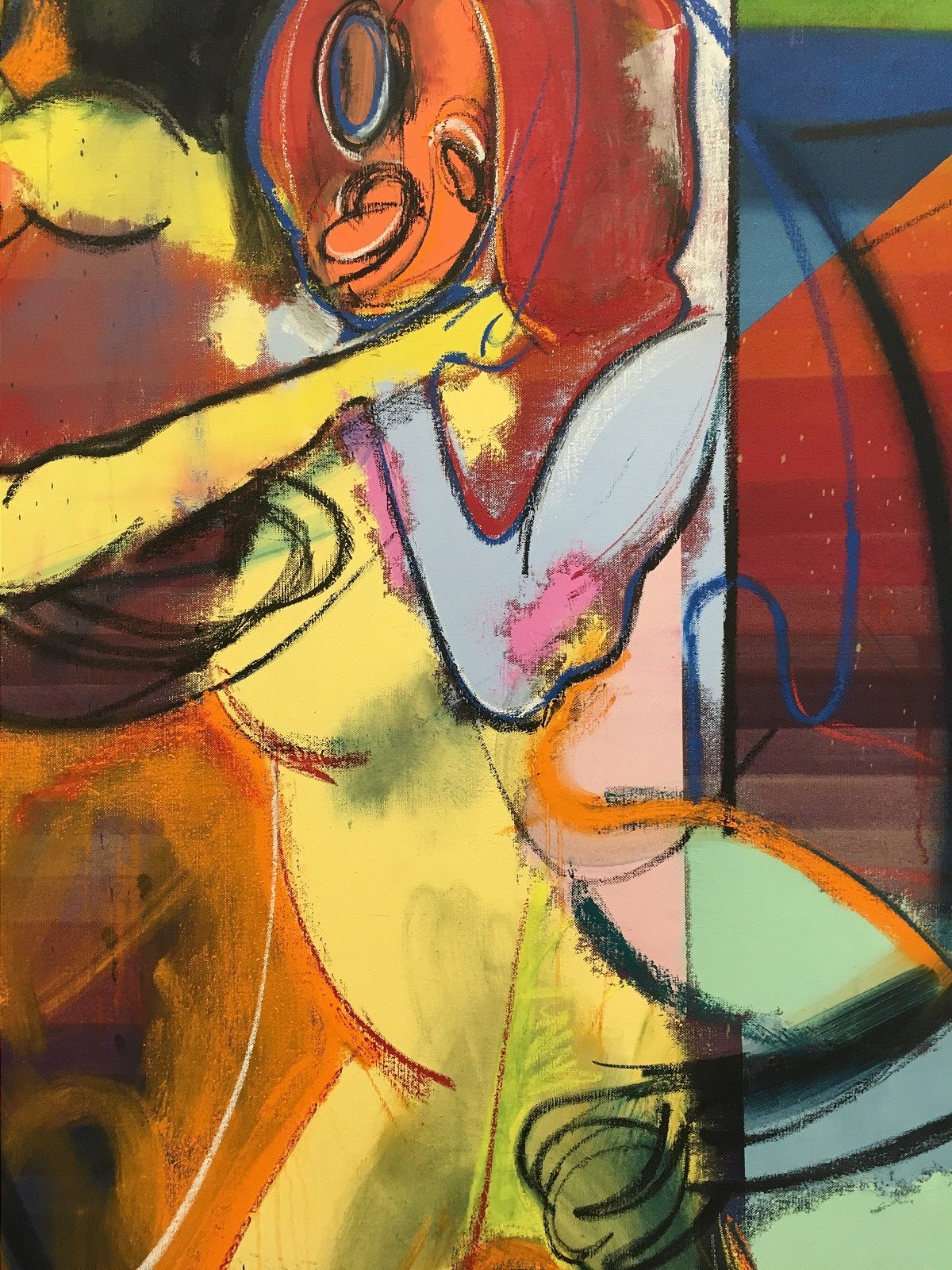 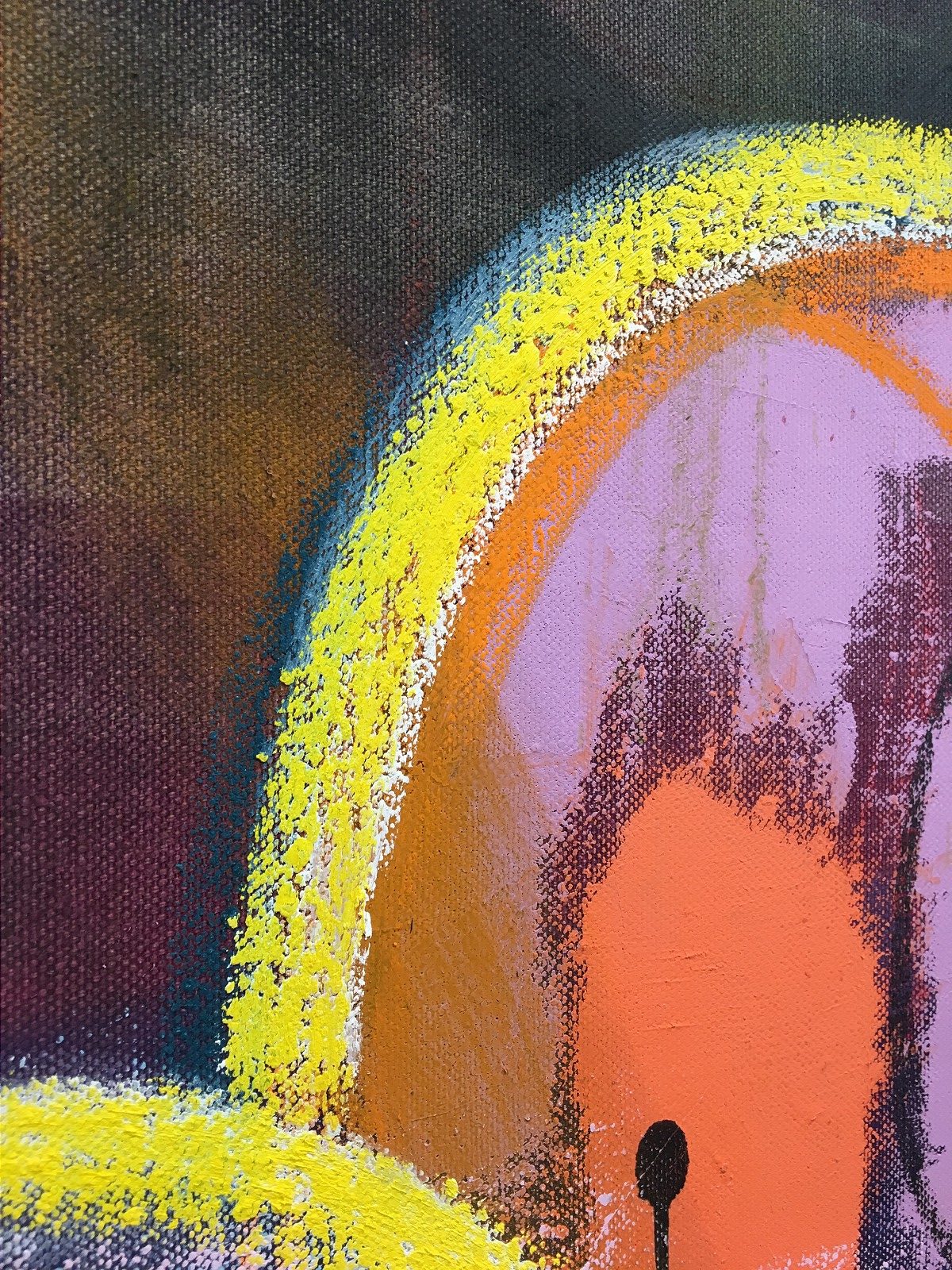 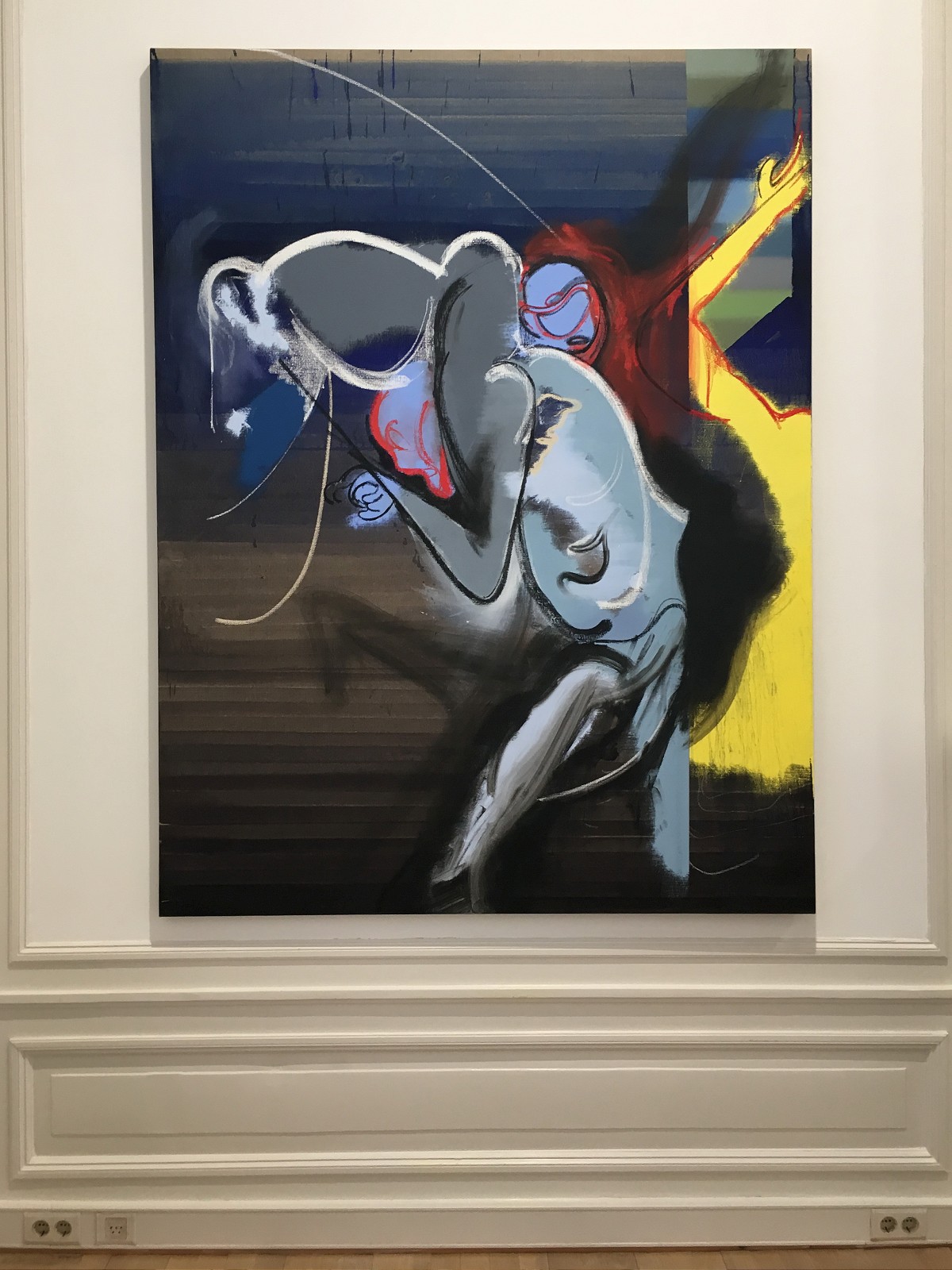 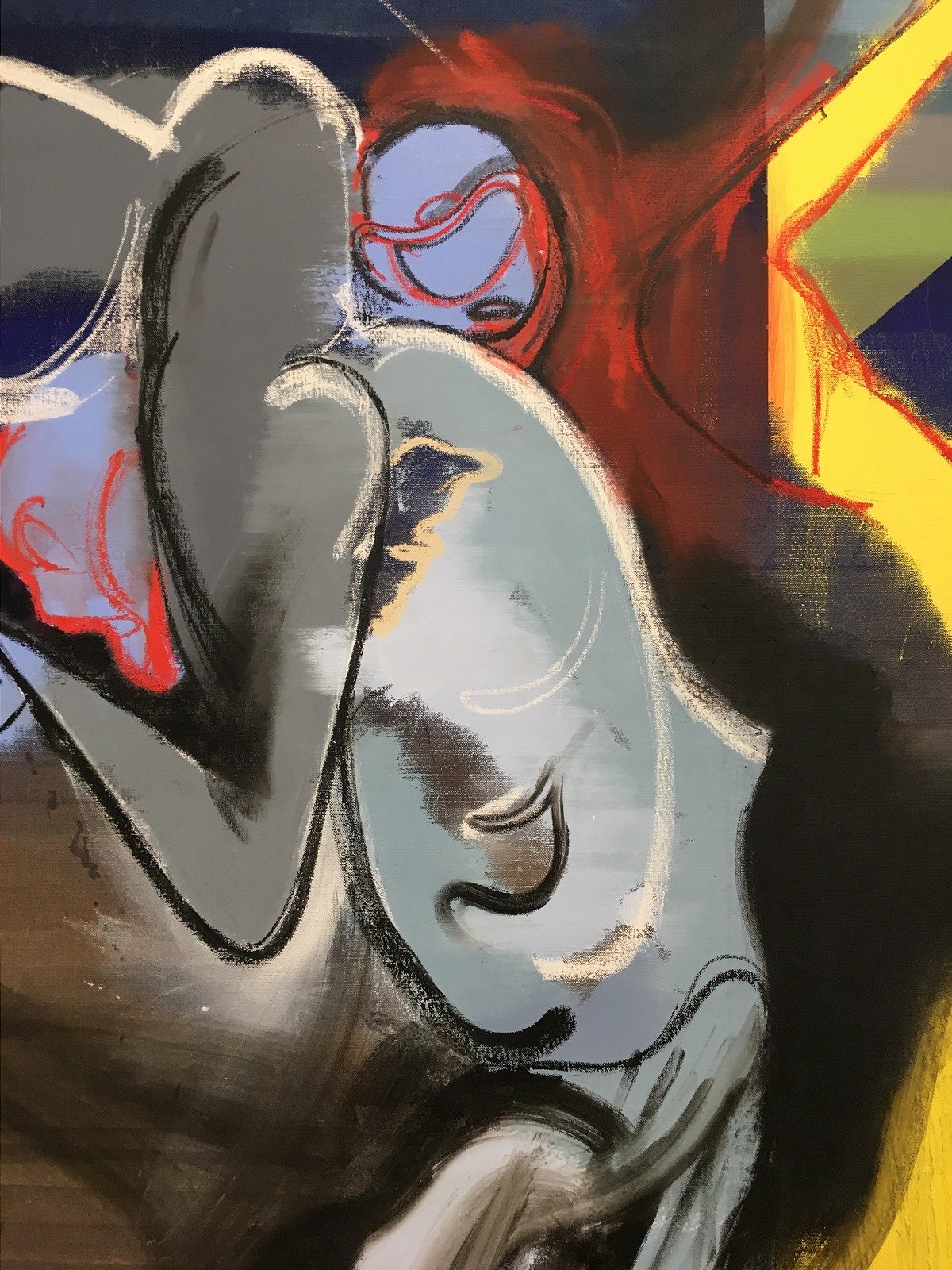 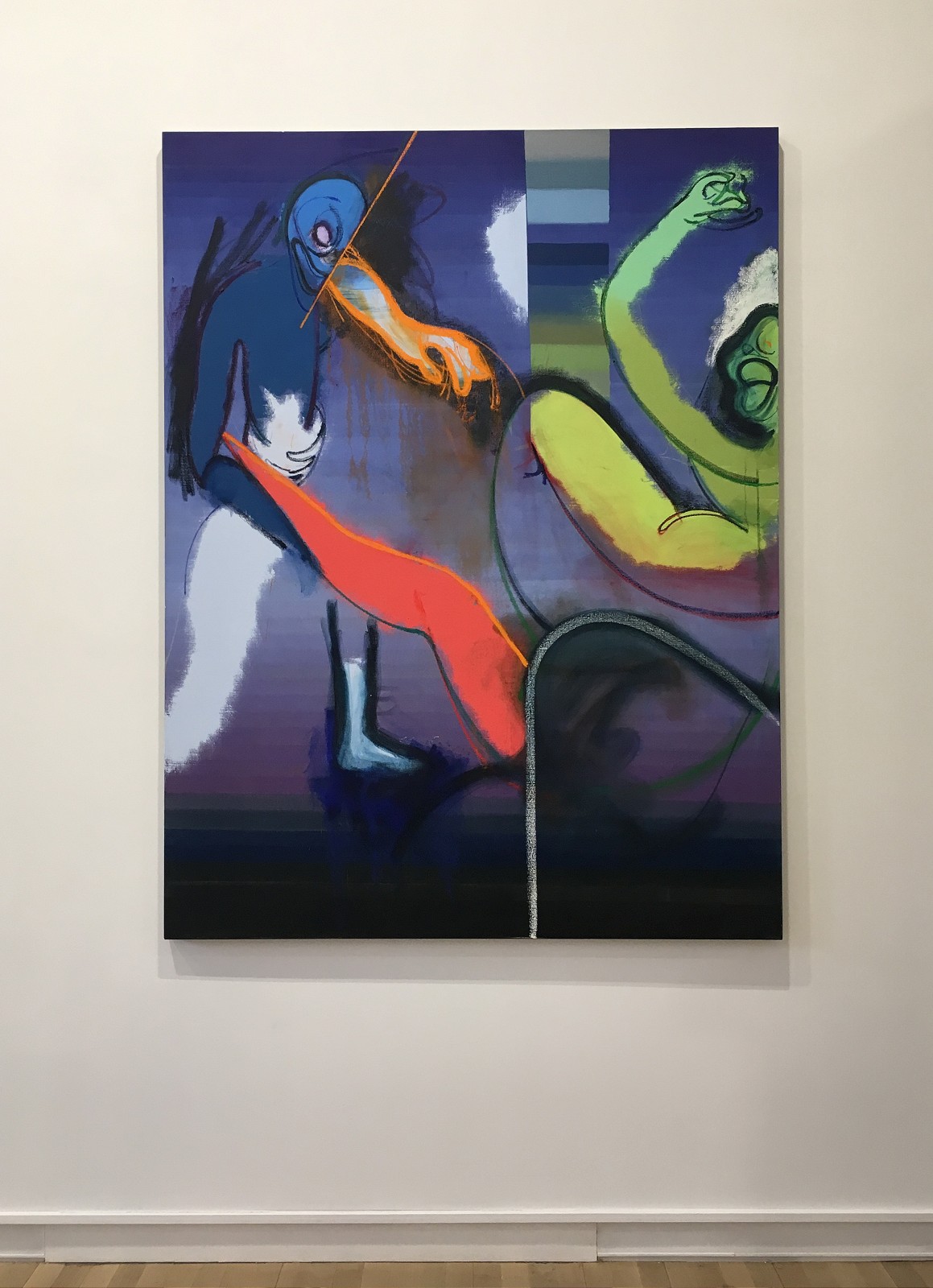 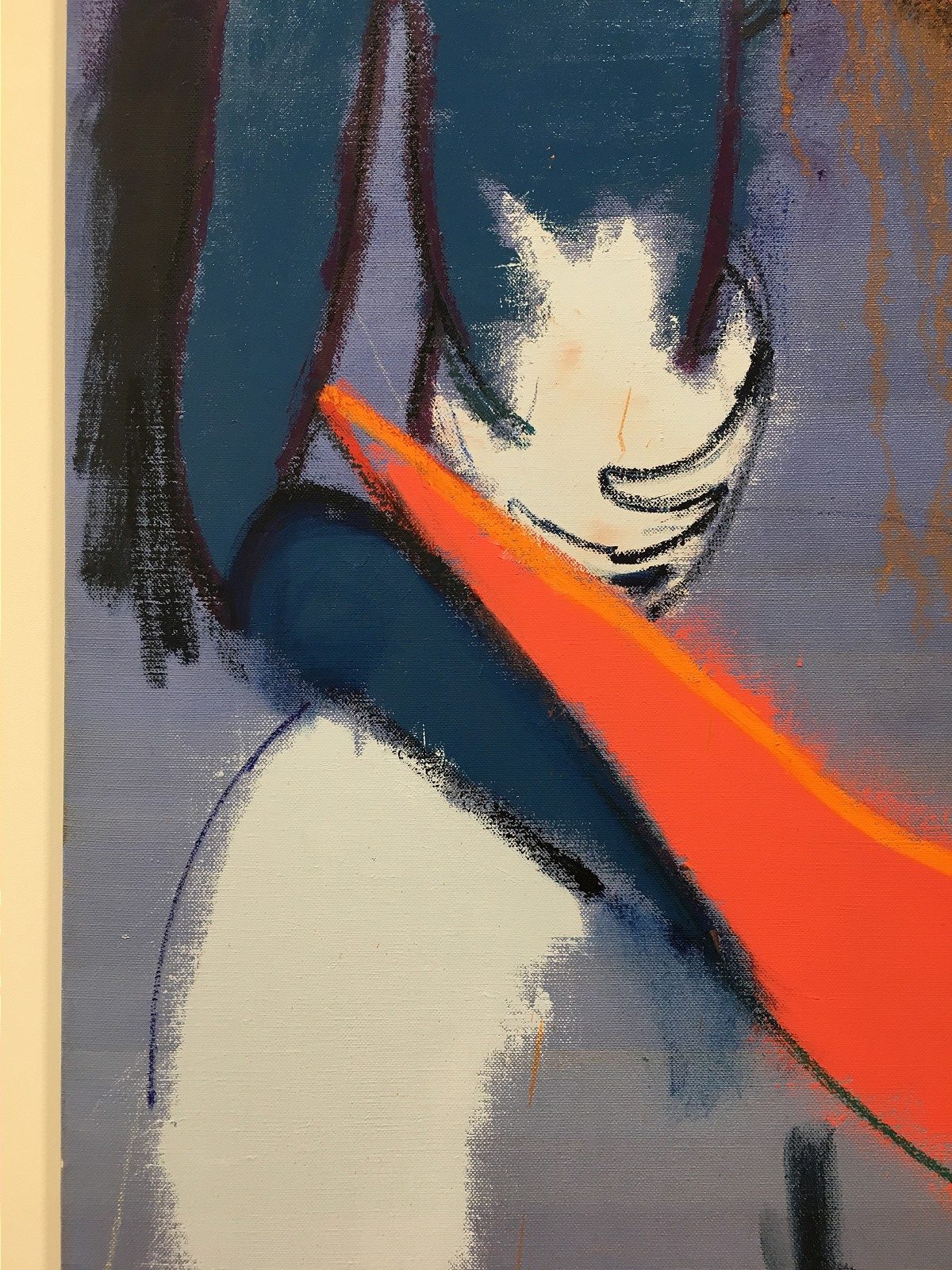 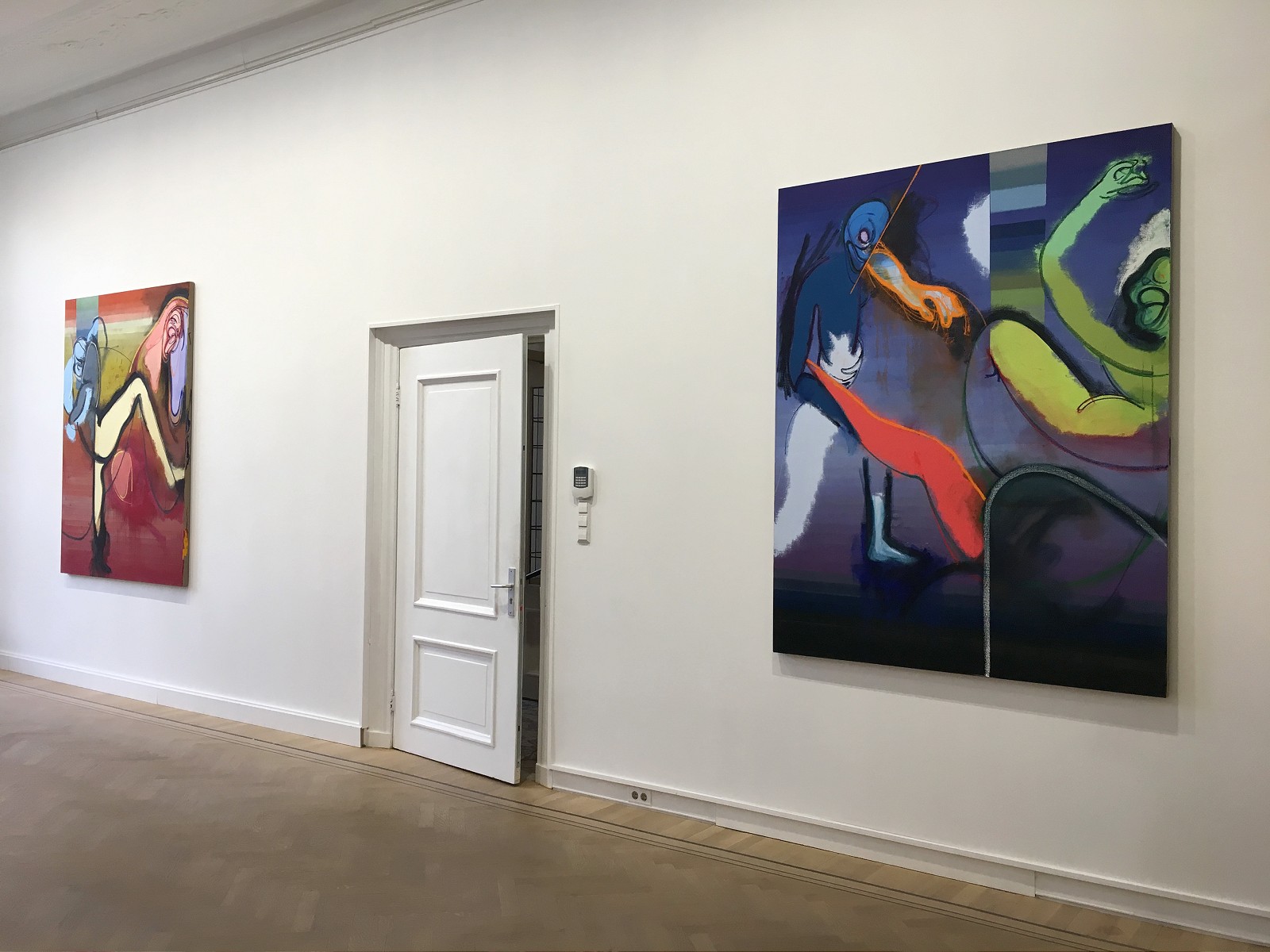