Amsterdam’s secretive street & urban art gallery, The Garage, is celebrating the end of the year with a group show featuring works by their represented artists and friends. The Skull Show is features artwork by different artists from all over the globe, working with different mediums, in different sizes, but all sharing the same familiar theme.

The exhibition opened on the 29th of November, in a very discreet setting of an old 17th century carriage house in the canals of Amsterdam. The highlights of the show are probably Diederick Kraaijeveld’s different sized wall sculptures made of salvaged wood, and Andy Doig’s neon signs created exclusively for the show. These works stand out due to the specific medium used. Aside from those, French street artist Ludo created an oil and graphite on canvas piece, UK’s Sweet Toof painted a couple of oils featuring his signature skull characters with large teeth, legendary Shepard Fairy has two HPM versions of his album covers, but the wittiest piece is probably from Dutch artist, Parra. Not familiar with any imagery that can be related to skulls or bones, he simply drew a note saying “I’m Not Drawing A F*cking Skull Mate,” in his signature lettering style.  The other artists in this show include Butch Anthony, Jasper Krabbé, Broken Fingaz, Gaia, and Klone. 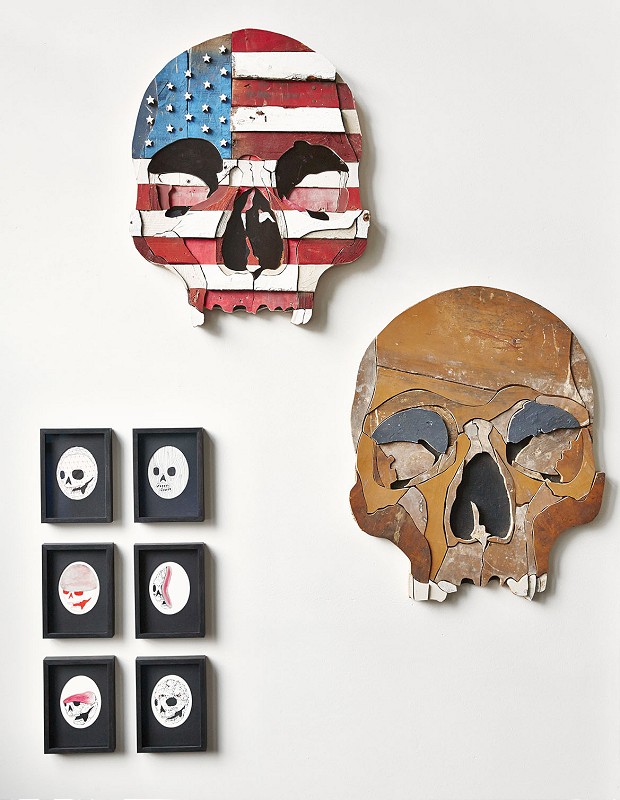 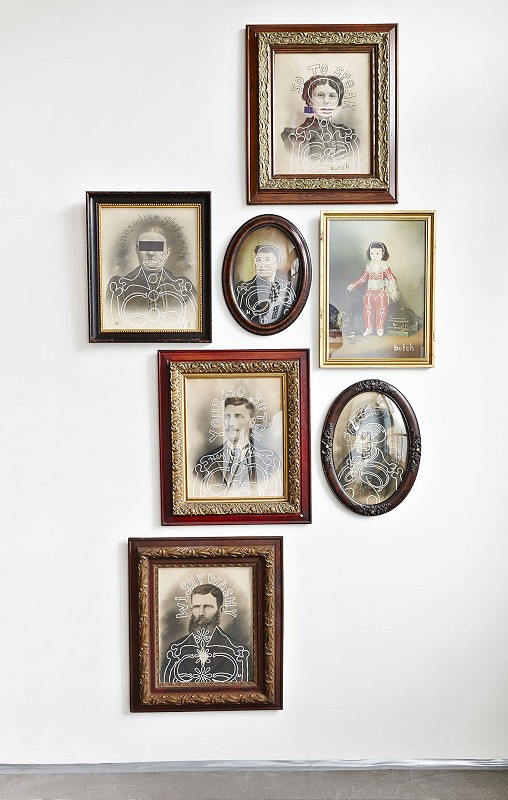 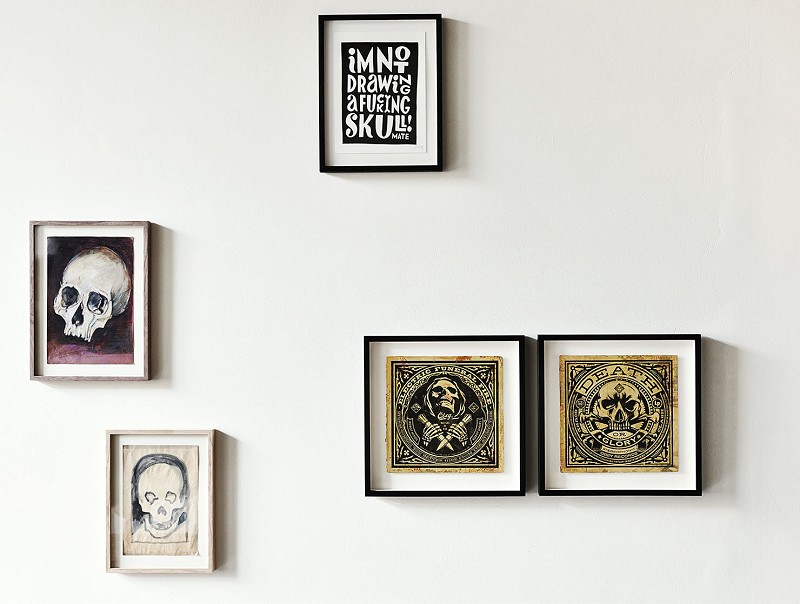 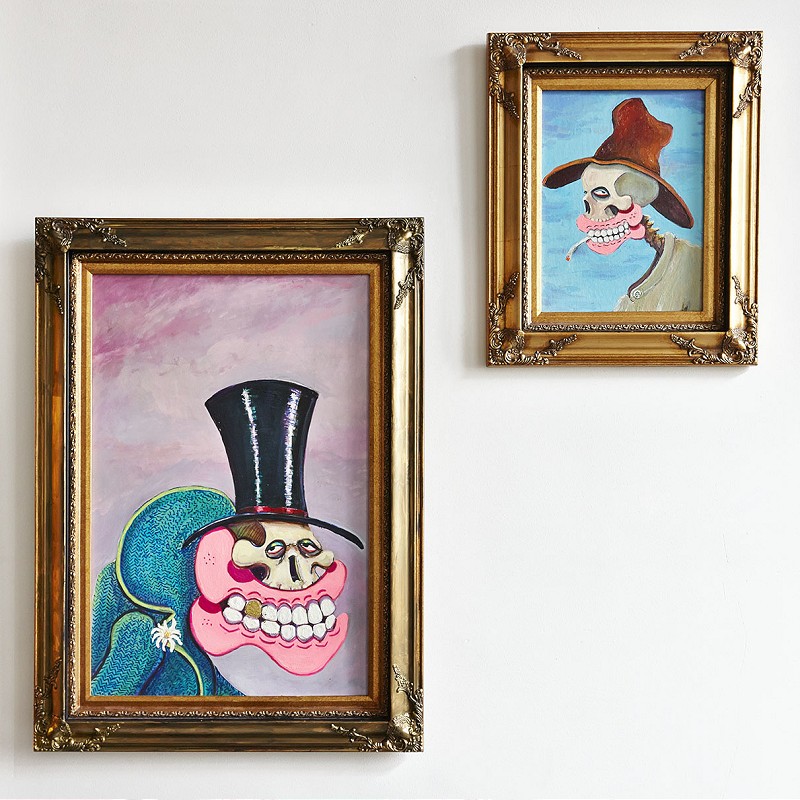 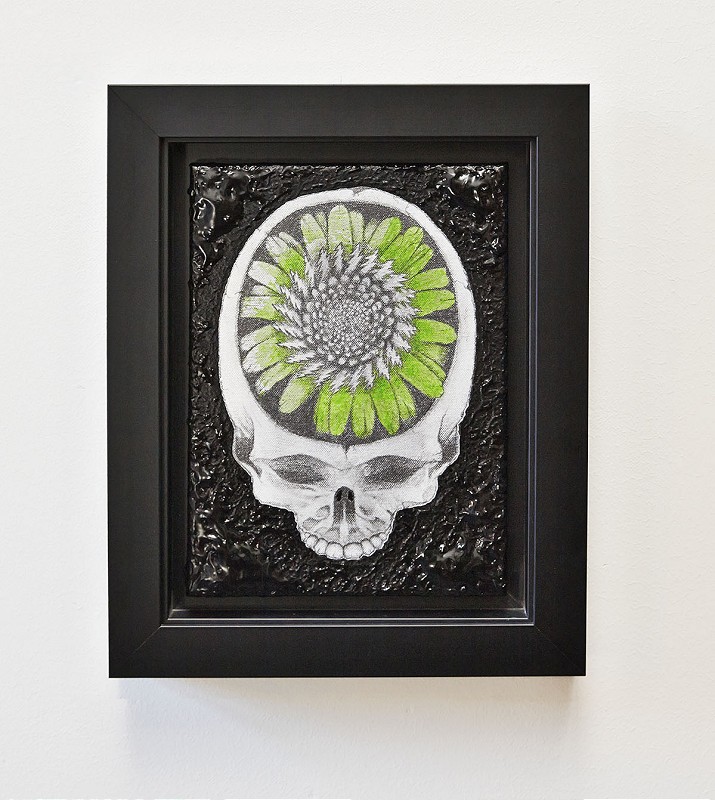 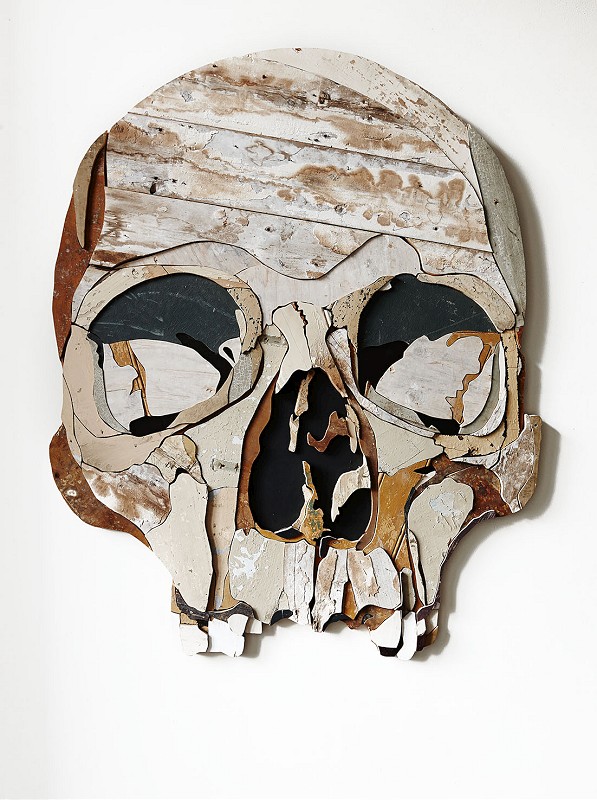 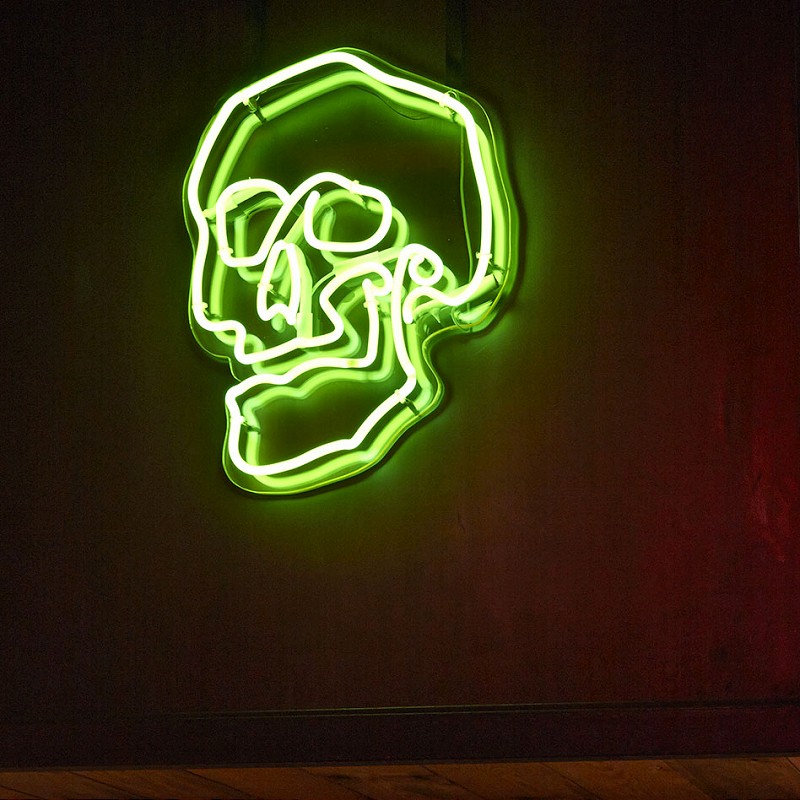 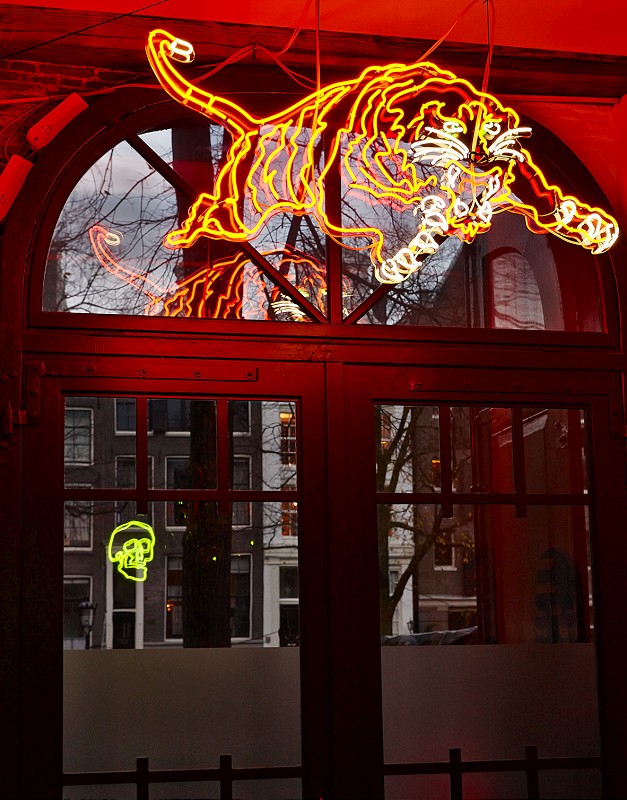