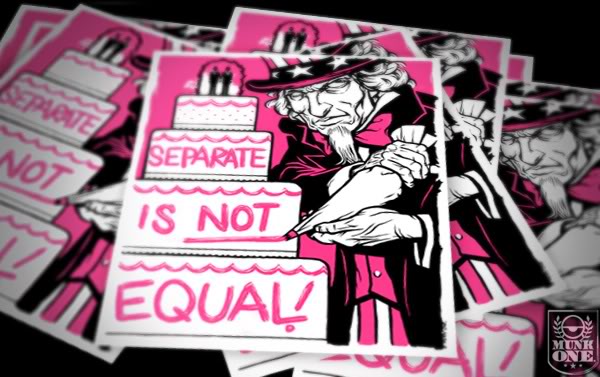 Munk One. Image via Upper Playground.

Some of you may remember our coverage from DC during inauguration week where Shepard Fairey sponsored a pop up show called Manifest Hope. The show was a roaring success drawing together artists from across the nation in their support of the Obama campaign and it’s creation of “Hope.”

Now, the show has transitioned to a new theme of equality and it’s next stop is Los Angeles. Manifest Equality enlists another stellar group of artist such as Barry McGee, El Mac, Clare Rojas, Gary Baseman, Tim Biskup, Logan Hicks, Swoon, Ron English, and Shepard Fairey and the show opens March 3rd-7th. Like the DC show, this for a very limited pop up engagement so don’t miss out.

Check out a preview after the jump.

Munk One. Image via Upper Playground.