Sainer’s second solo show at Galerie Openspace (previewed) in Paris will shortly be entering its final week after opening at the start of December. The title of the exhibition – Chaotic Harmony – emphasises the symbiotic relationship between these two different states of being and this idea runs like a unifying thread through the varied and extensive exhibition. The 29 year old painter makes use of the gallery’s multiple spaces to explore the varied elements which make up his work. The landscapes are a mixture of intimate plein air studies and large-scale canvases depicting the countryside and mountains of his native Poland. The colorist abstracts place a strong emphasis on form and structure and are the first purely abstract paintings that he has exhibited. While the figurative drawings, which demonstrate the artist’s skill at drafting and composition, are some of the understated highlights of the show.

In keeping with the cinematic aesthetic of Sainer’s studio work, Chaotic Harmony has the feel of having been produced by an auteur who has been able to effectively pull together these different constituent elements – portraiture, landscapes and abstraction – to create the large scale canvases that are presented in the show’s principal room. The subjects of these paintings do not exist as part of an easily understood narrative but instead appear more as a single cell cut from its film reel and removed from the larger narrative; consequently, the viewer is denied knowledge of the context and chronology in which it originally existed. For example, in Home Alone the artist has juxtapozed a representation of Bernini’s euphoric and celestial Ecstasy of St Teresa alongside a solitary middle aged women drinking alone; but the work pointedly gives no clue as to the circumstances and choices which led to her current unhappy predicament.

Sainer’s use of subdued, tinted lighting is suggestive of that employed in The Double Life of Veronique by his fellow countryman and legendary director Krzysztof Kieślowski. Sainer’s approach leaves many of his subjects half in the shadows, which sets the emotional foundations for the works. In contrast, the simply titled M – depicting a seated female looking to a point unseen by the viewer – uses high ratio lighting. The contrast with the dominant lighting throughout the rest of the exhibition only serves to emphasise the portrait’s warmth and richness. The exhibition runs through until 20 January 2018 (2pm to 7pm Wednesday to Saturday) at Galerie Openspace, 116 boulevard Richard Lenoir, 75011 Paris. 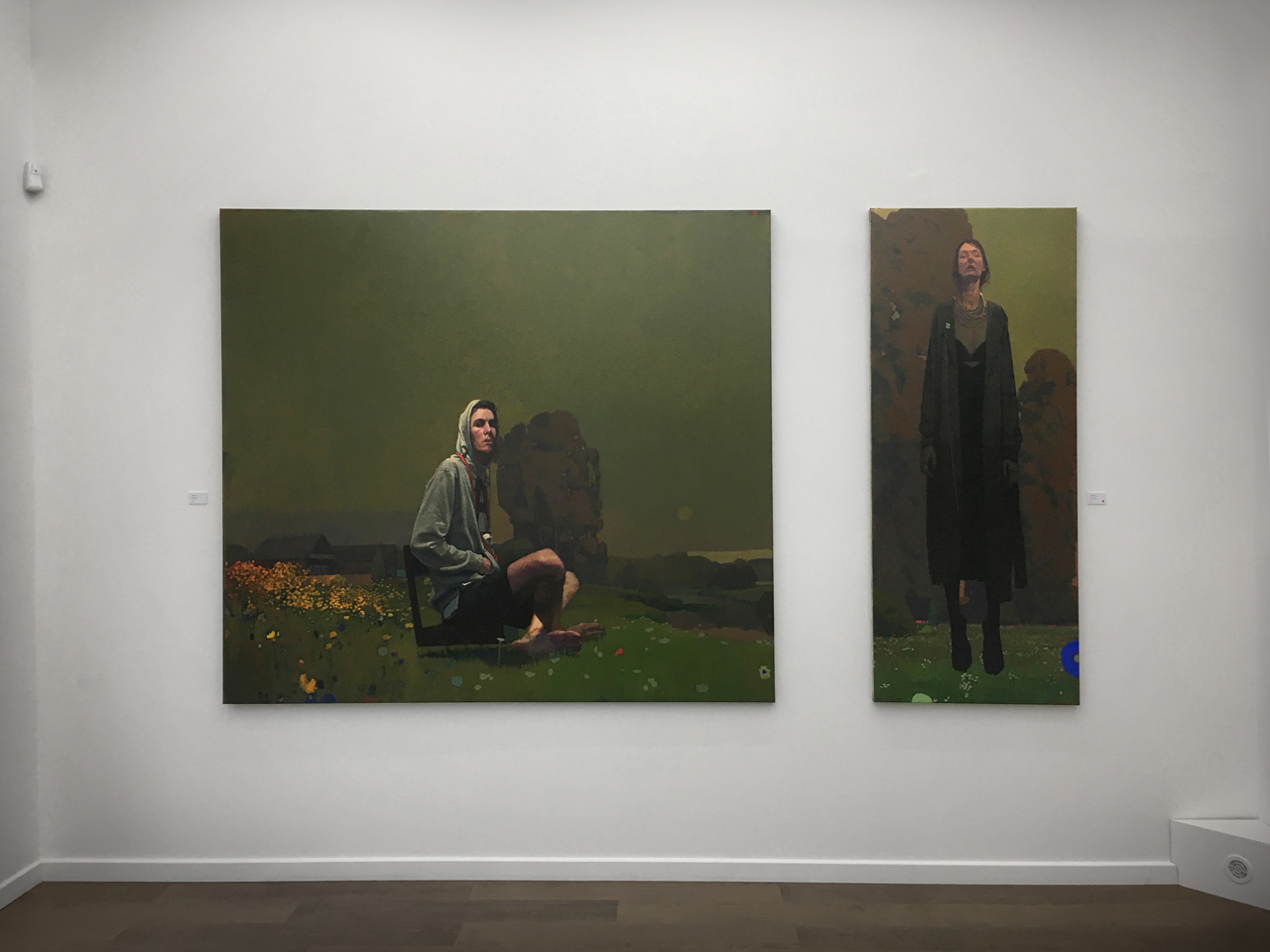 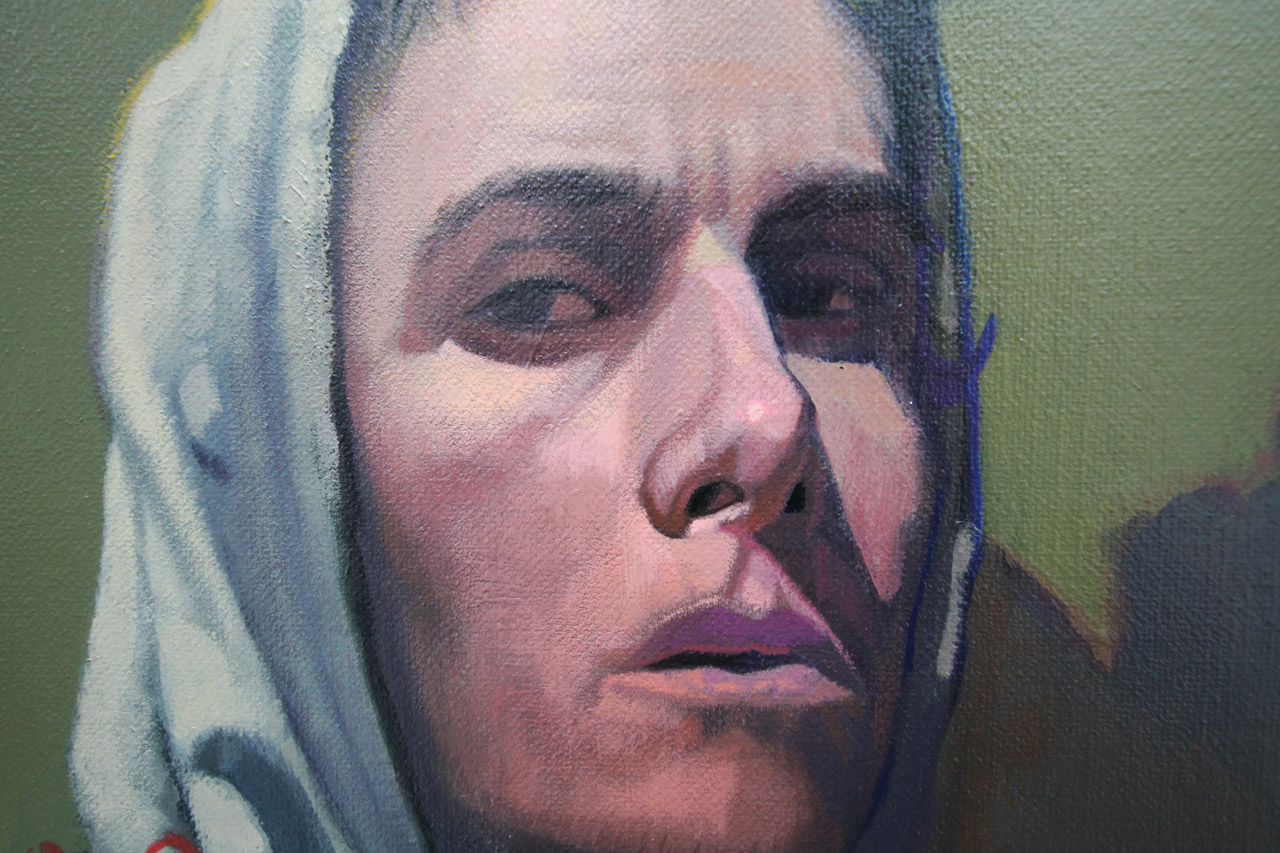 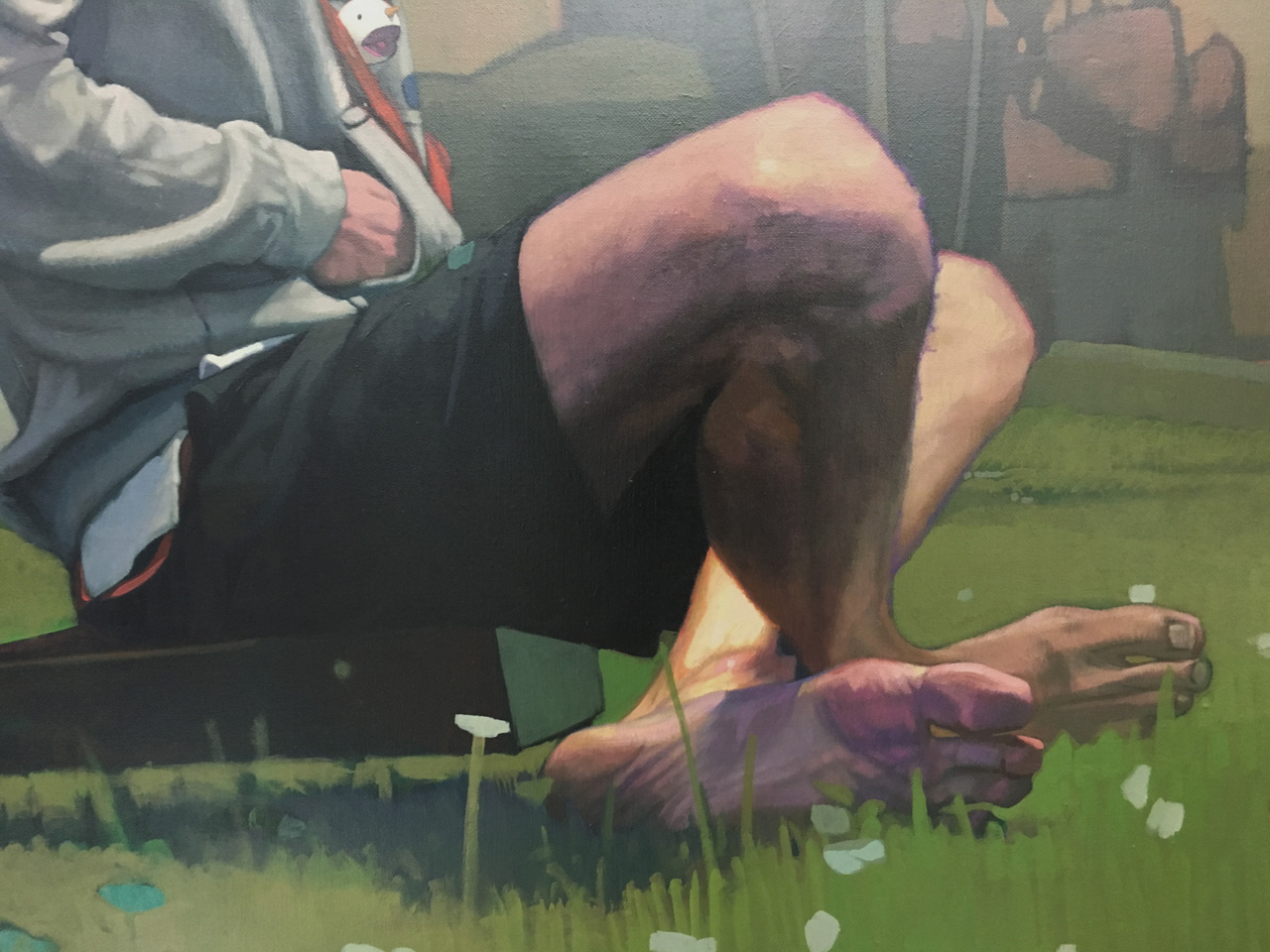 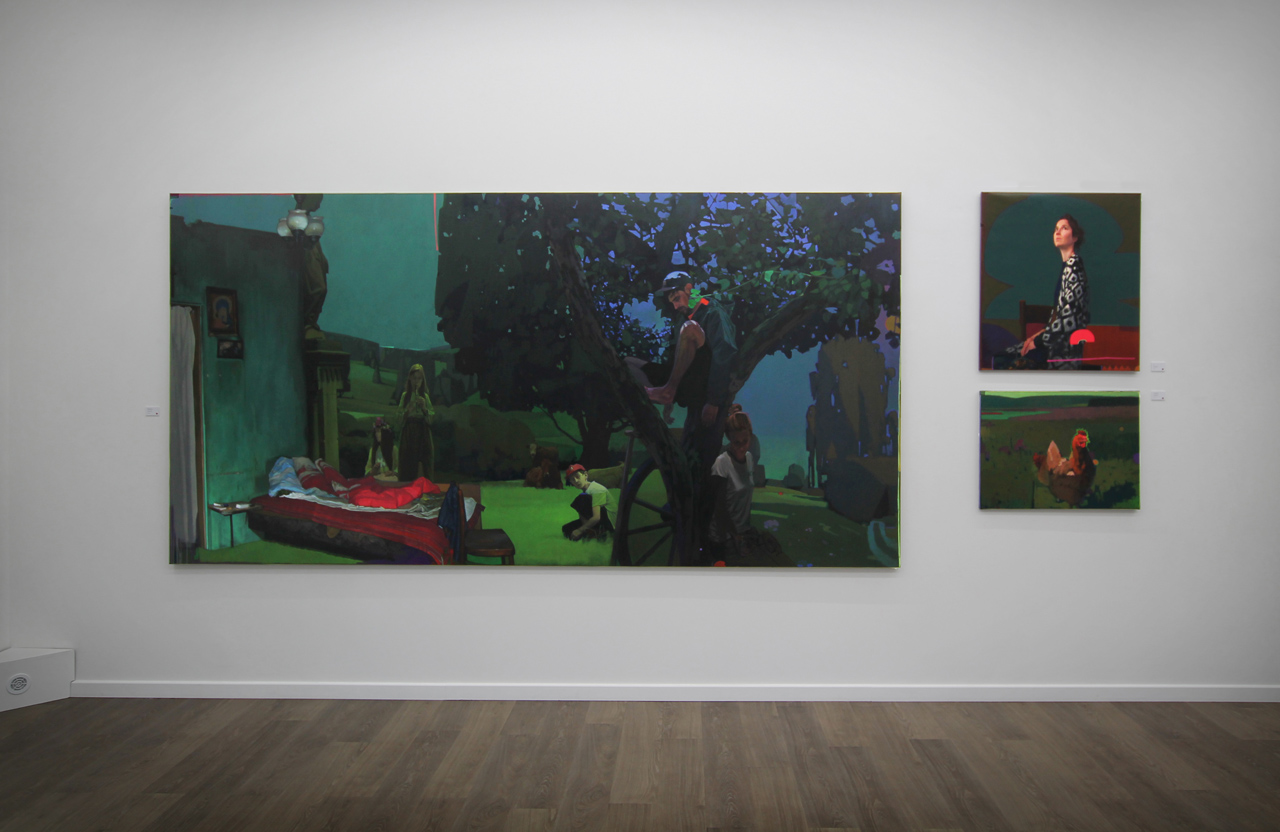 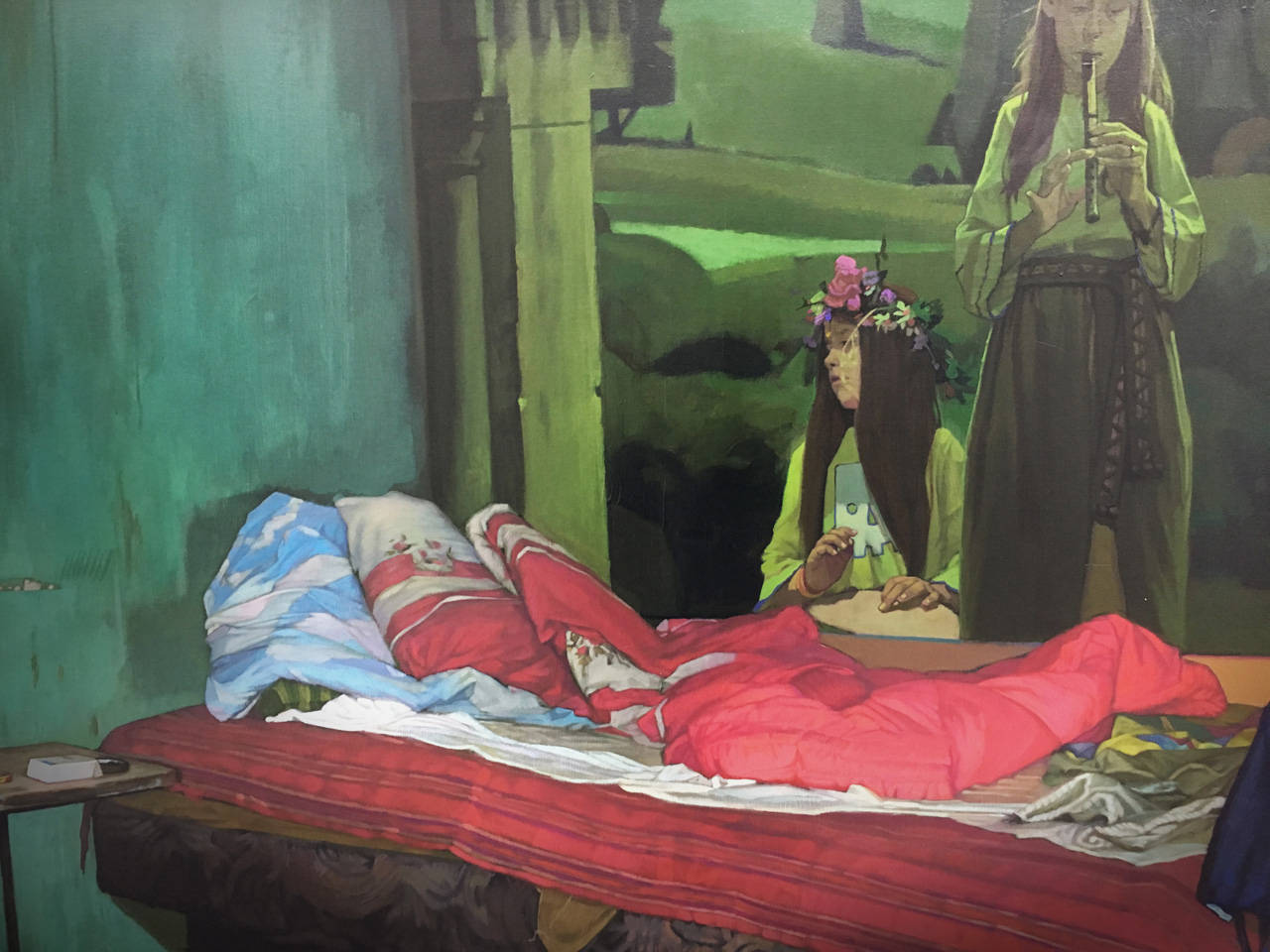 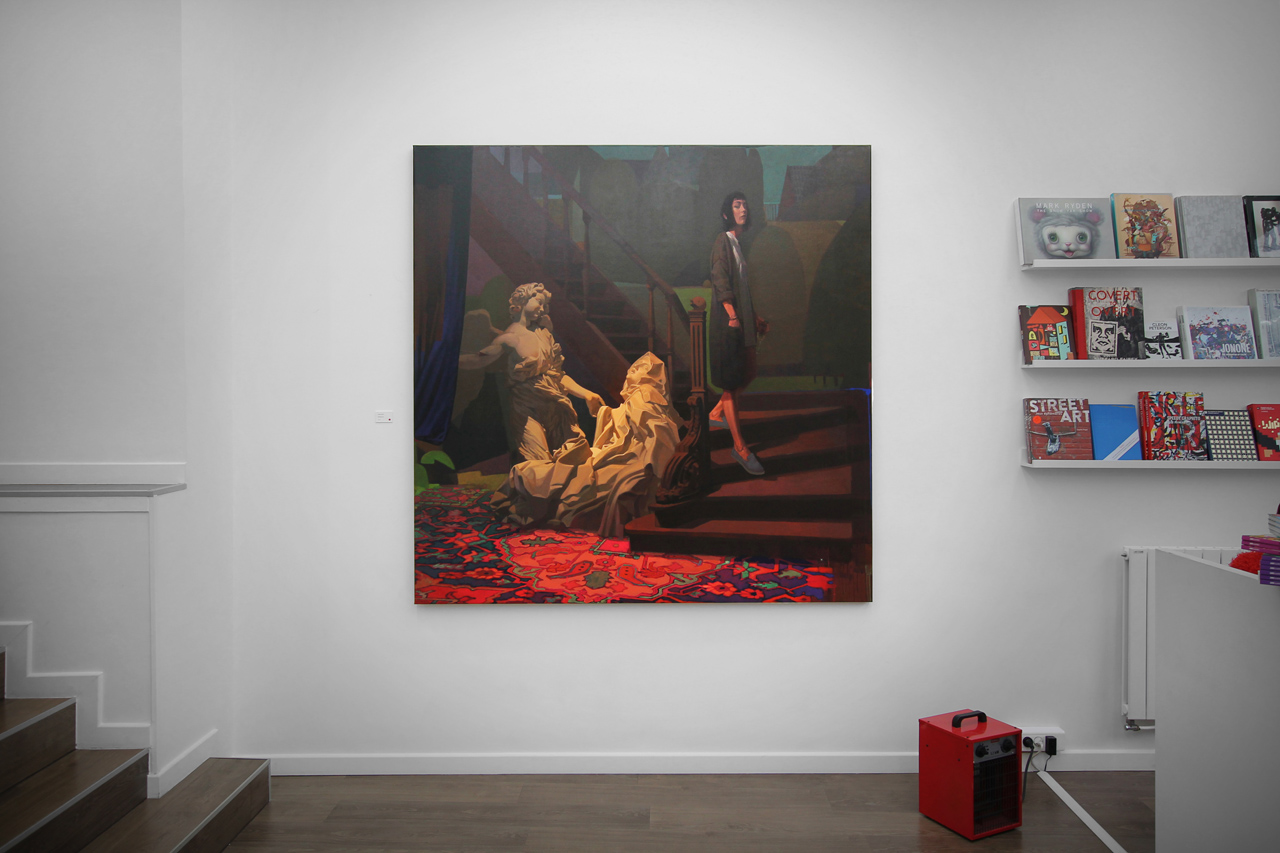 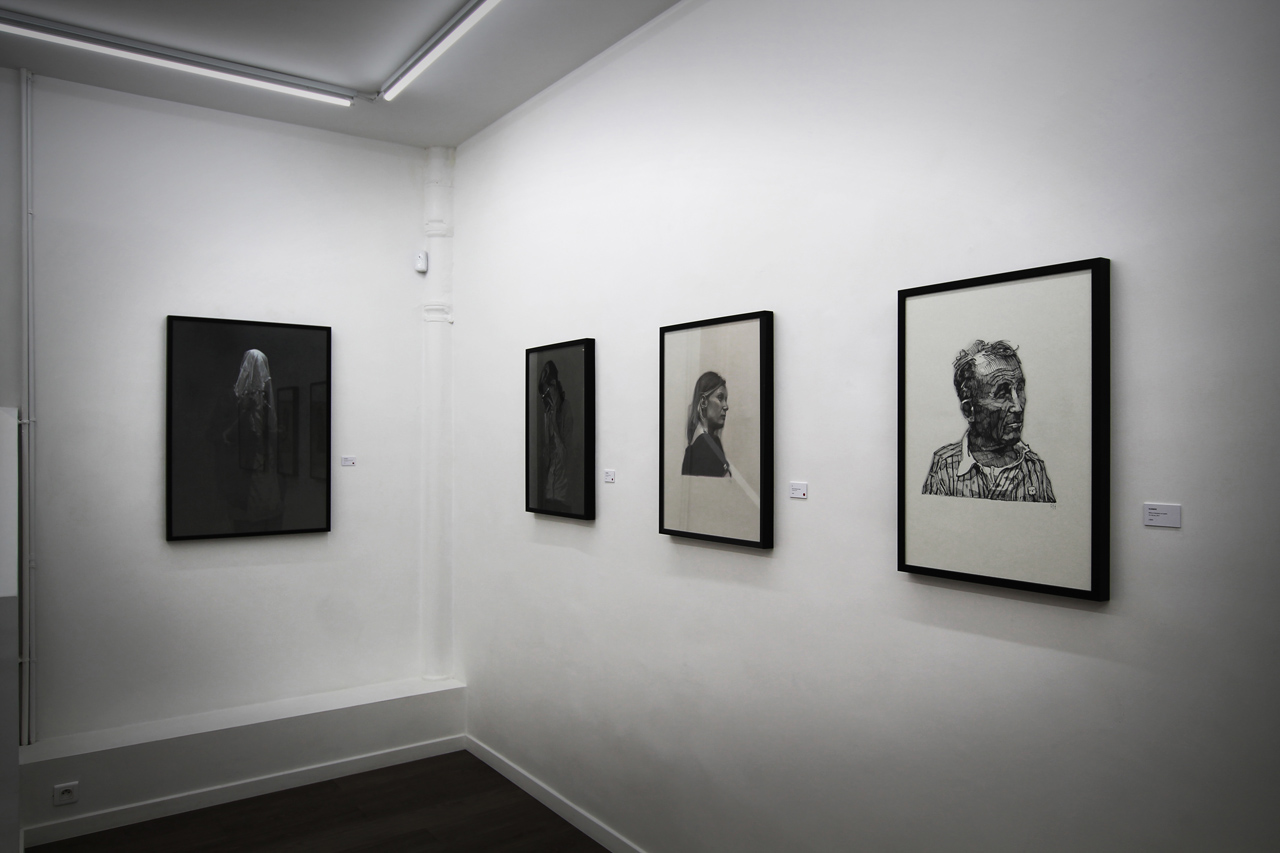 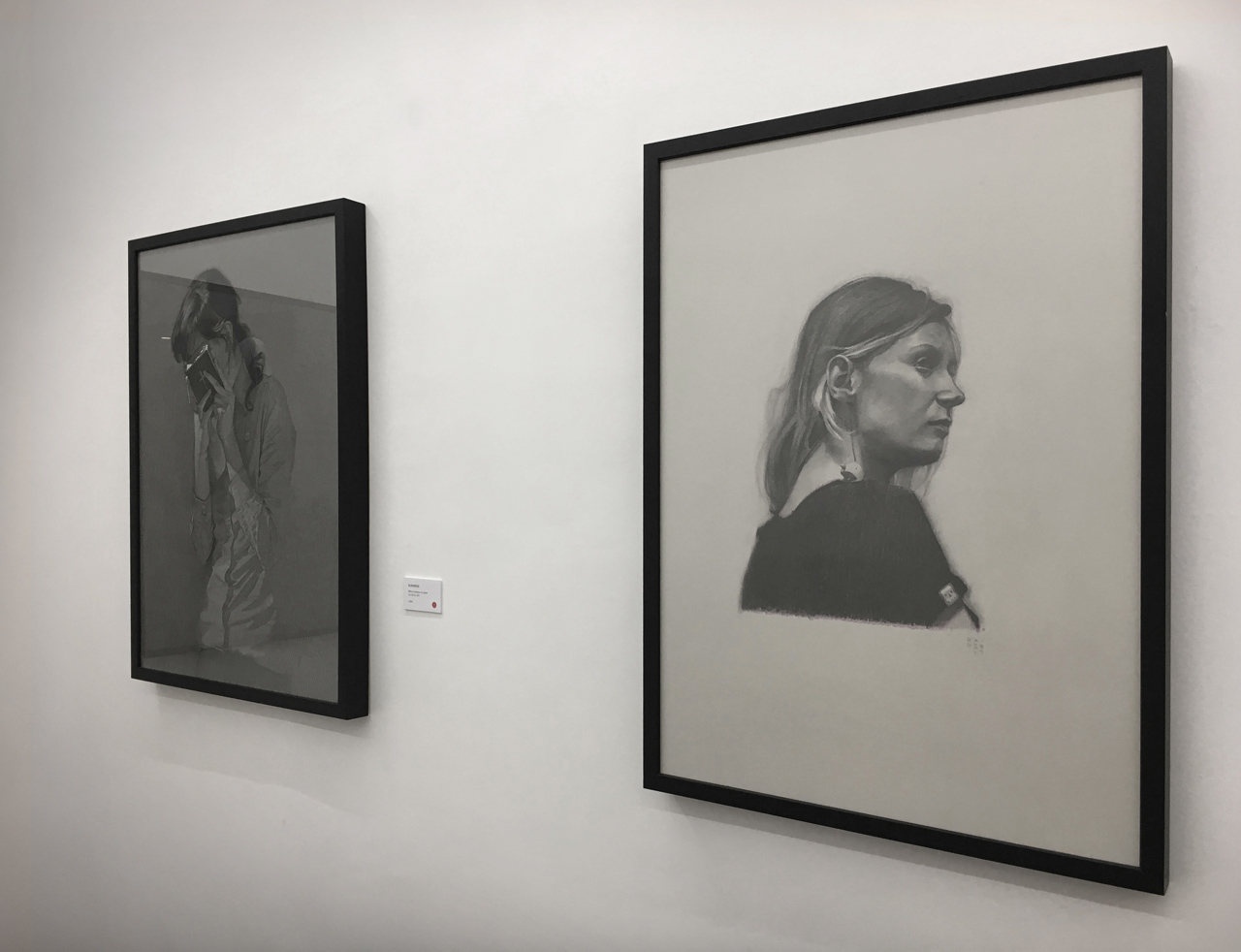