A few days after the official opening of Nuart 2018, we’re bringing you the final view of the new works produced for the 18th edition of the festival. The unprecedented lineup of 26 artists, two times more than their average over the years, included a significant number of stencil artists, a technique that has a special place in the heart and history of Norwegian art.

As one of the most common and important mediums in Street Art, stencils have proven to be a strong tool in reclaiming public space and communicating with the surrounding community. The technique has a huge following throughout the country, and this year’s festival invited in some of the most prominent local, and international names in the game. While headlined by the internationally renowned Martin Whatson, Nuart also introduced works by other Norwegian stencil artists such as Nafir, AFK, and Tref, while Snik and Elki represented the UK and Scottish stencil scene.

Back in the city for a second year in a row, Carrie Reichardt put in place some new tile interventions, Nina Ghafari installed a series of small pieces around town and created two large installations outside of the city, while Ener Konings pasted up a large series of works and Nimi RH74 painted a large wall painting. A good friend of the festival, Nipper, continued his series highlighting the social ideals of sharing, creativity, and citizen-led communication, while Mexican calligraphy artist Said Dokins brought his dynamic visual style into the quaint Norwegian town. Italian Alice Pasquini painted a big mural at the local bus station along with a series of smaller works during her walks, while Korean Jazoo Yang showcased her original approach and concepts to creating public work. 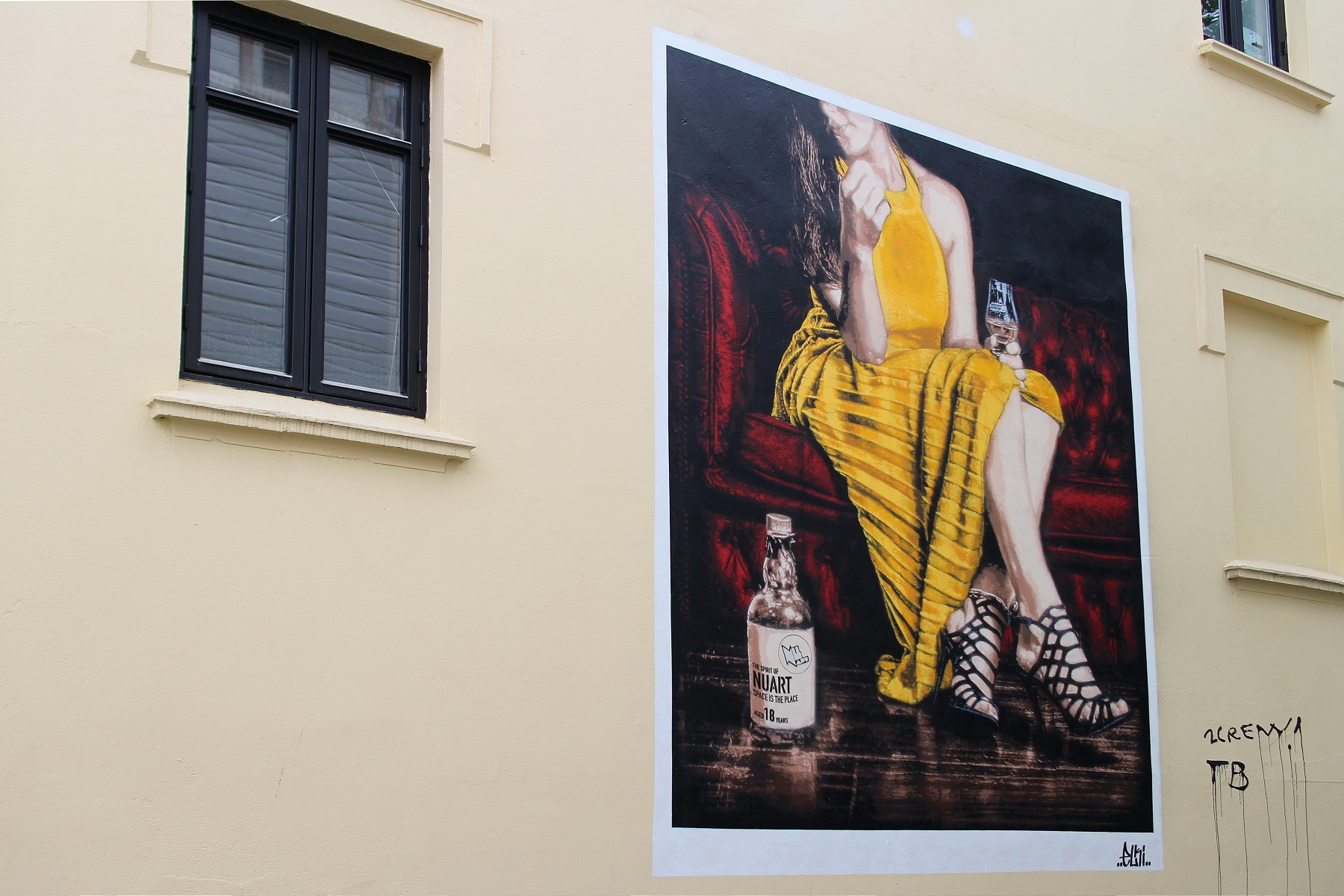 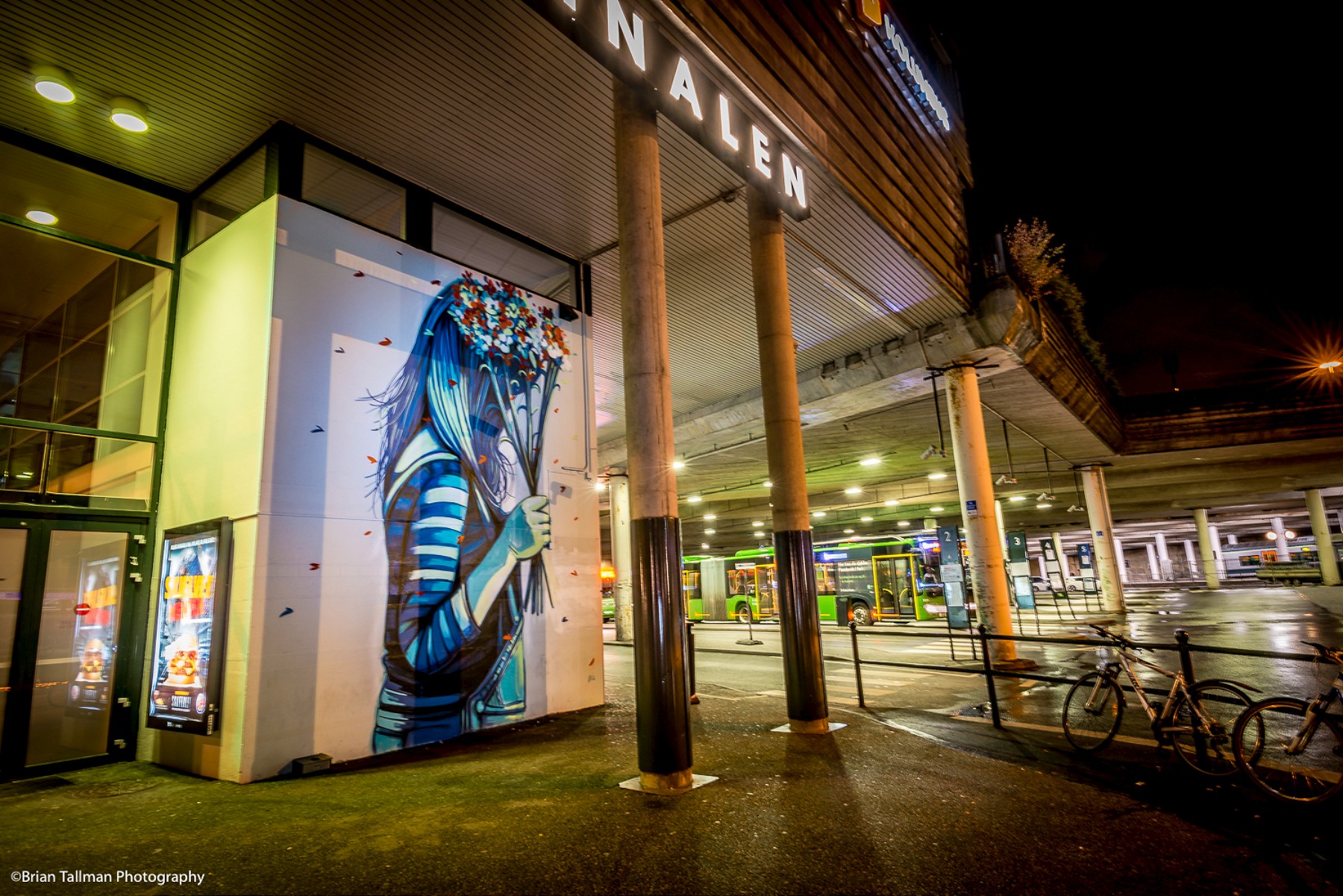 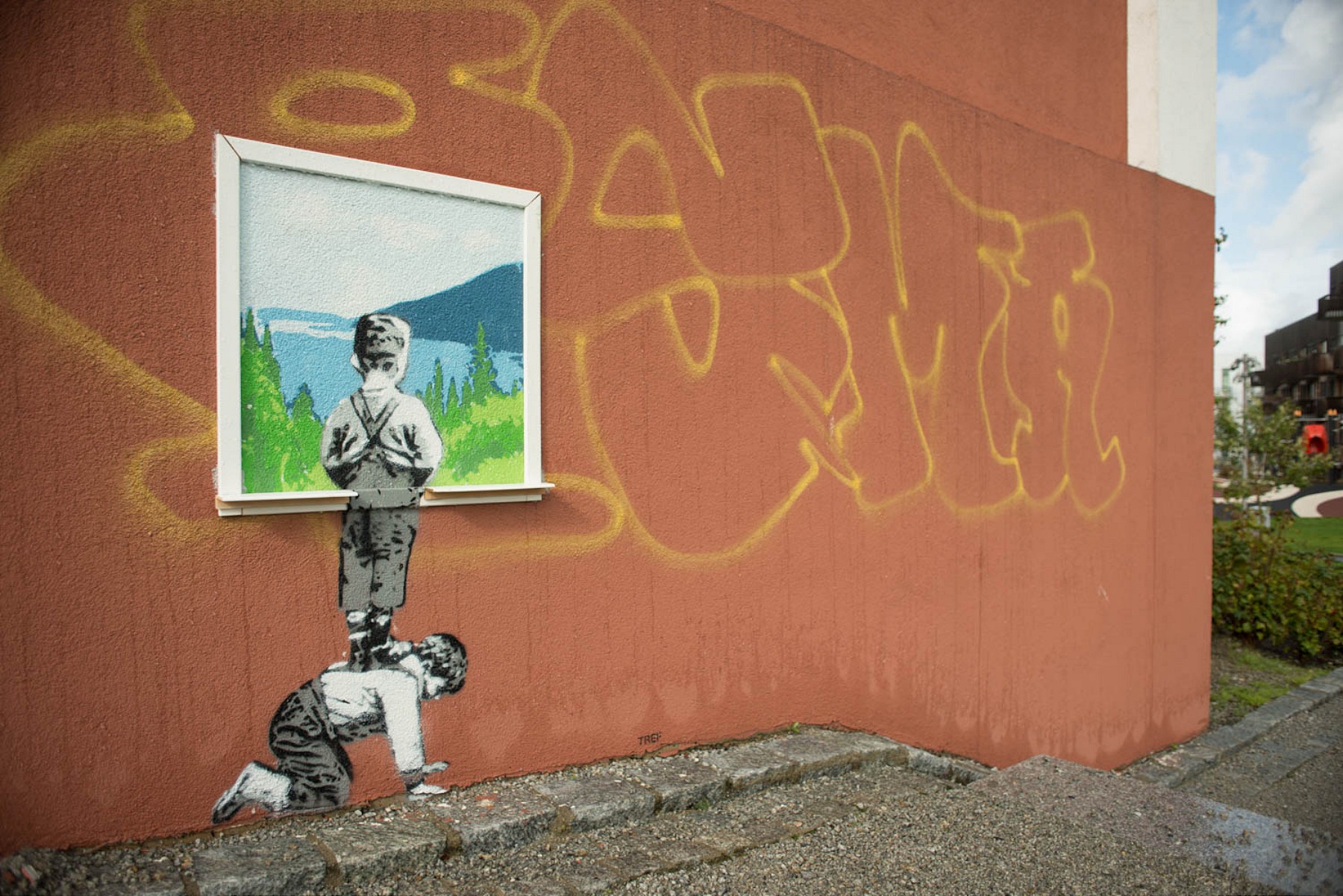 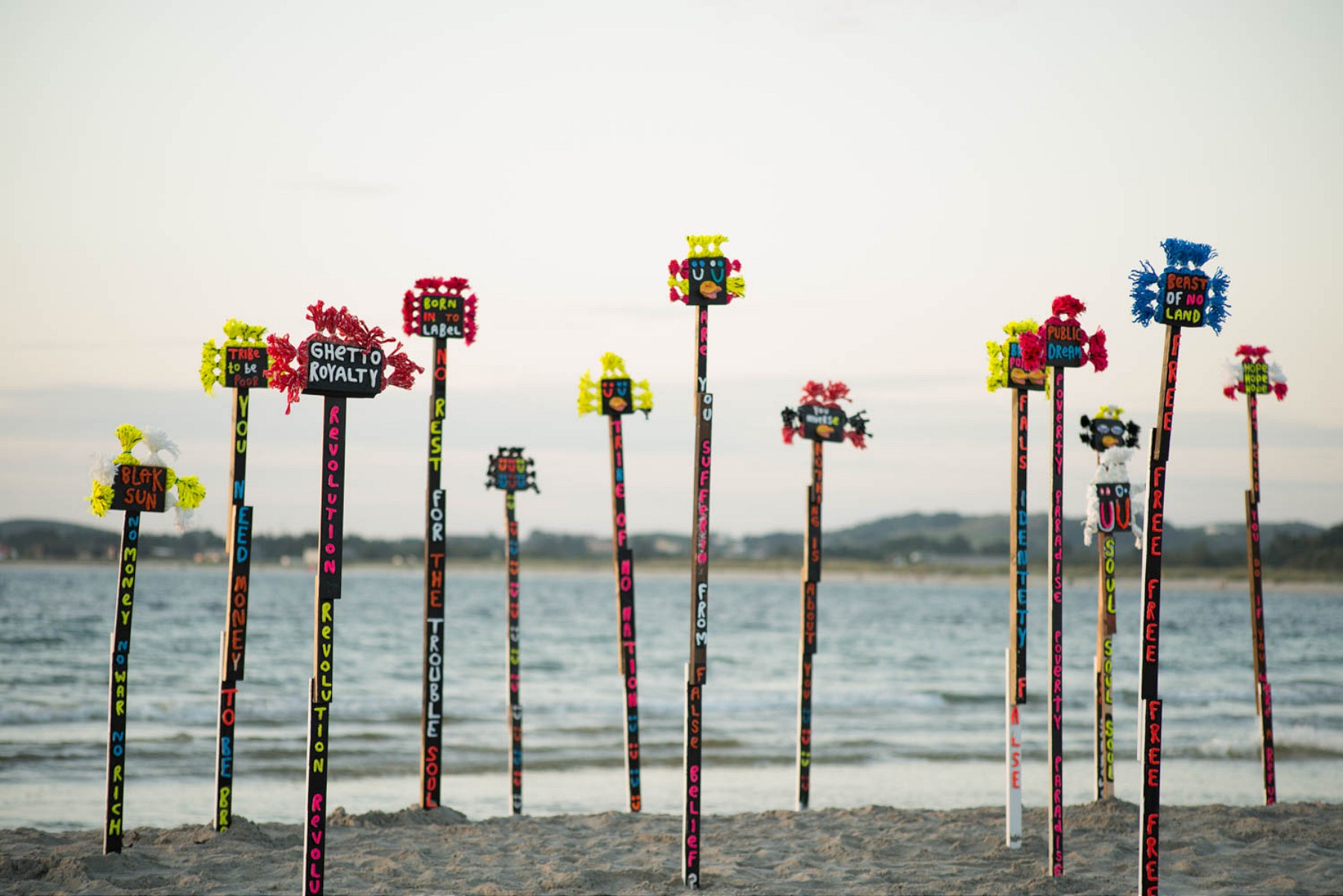 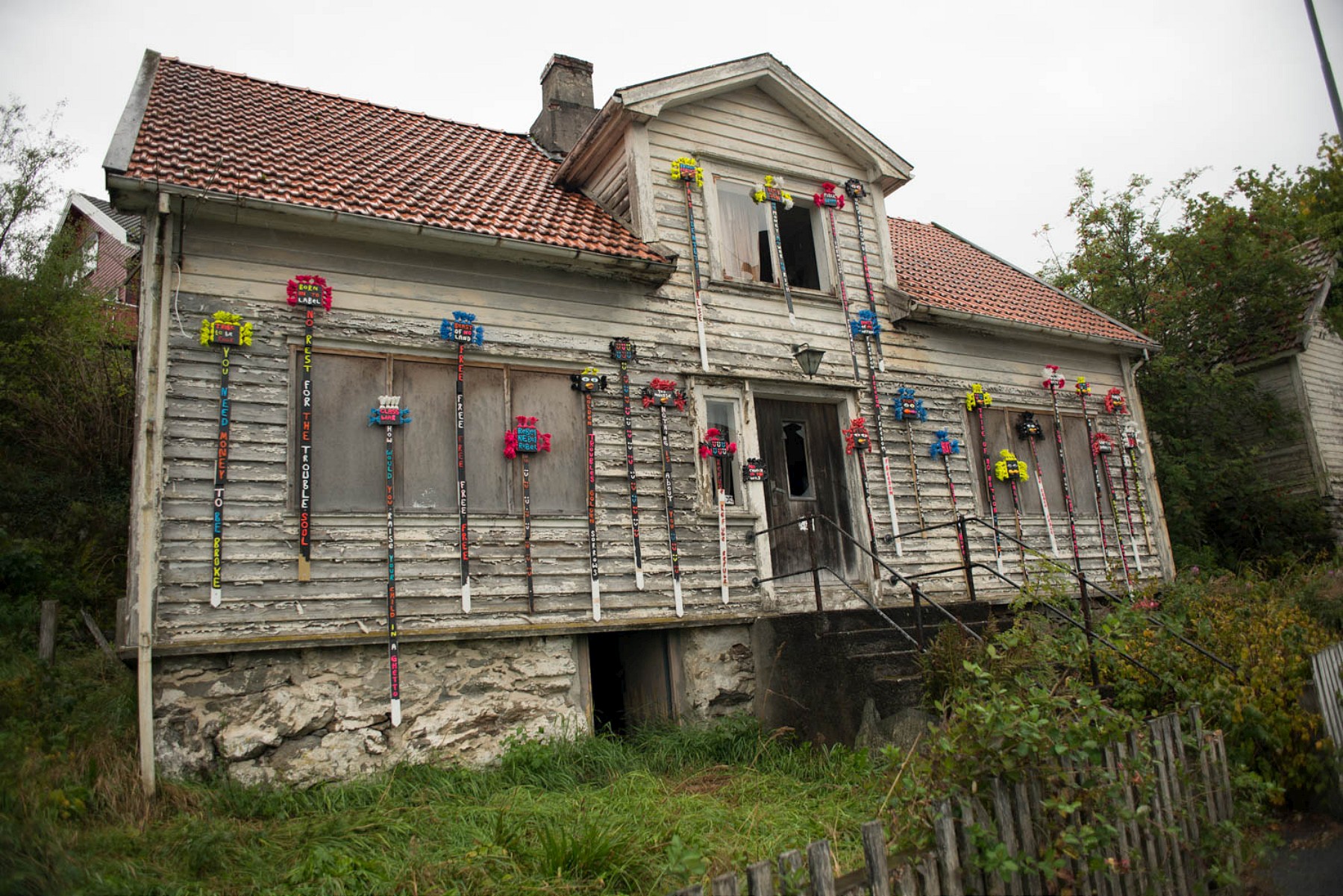 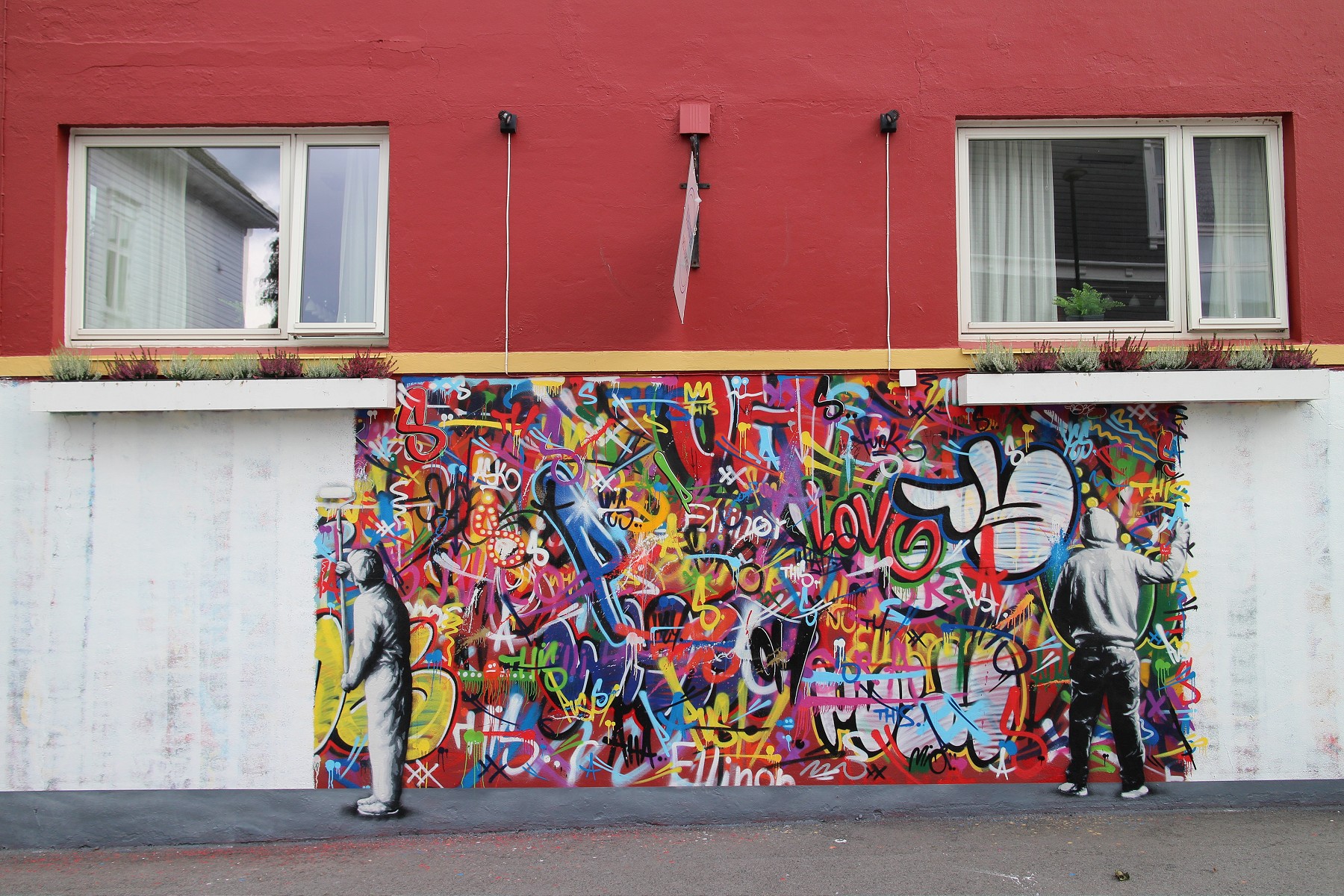 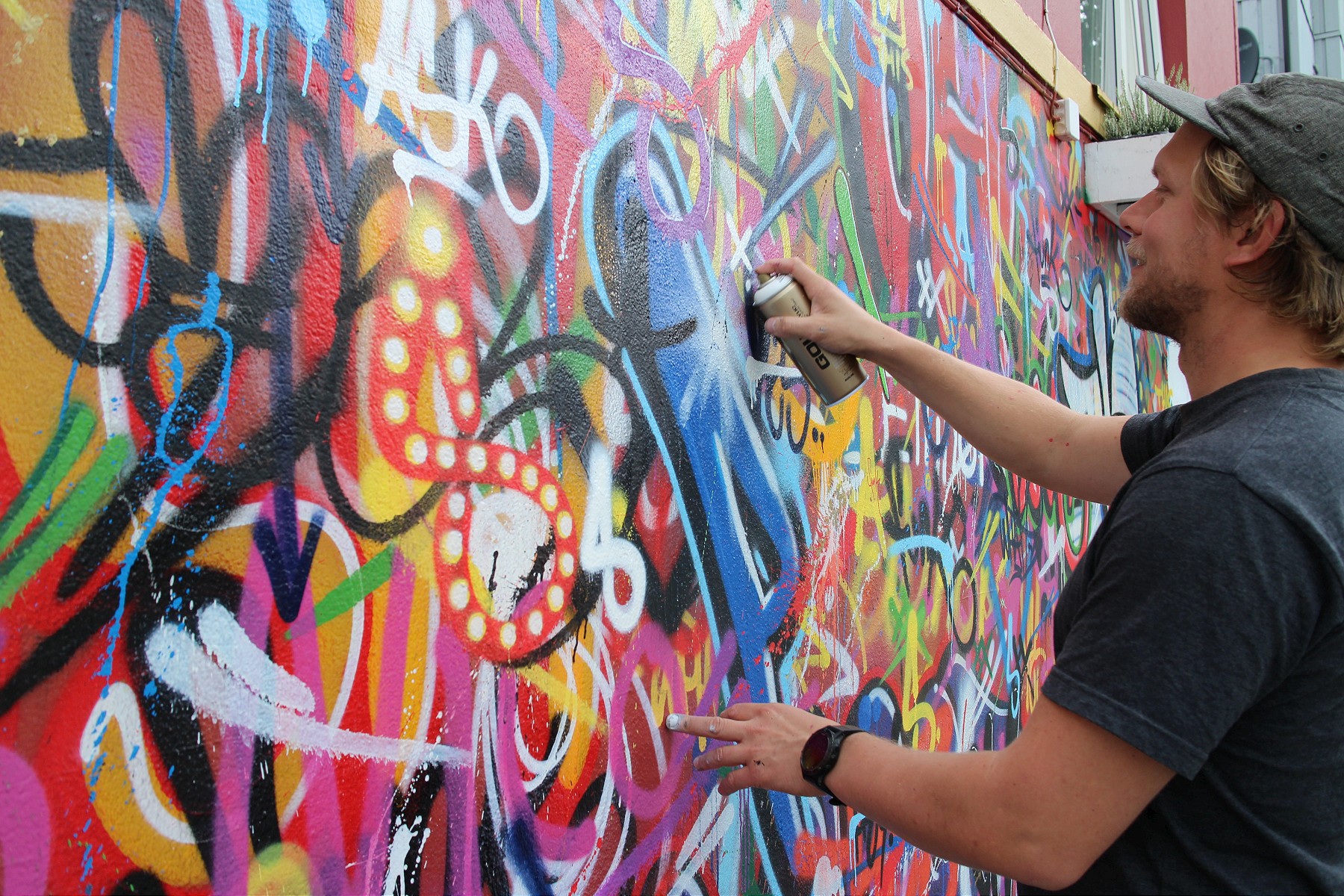 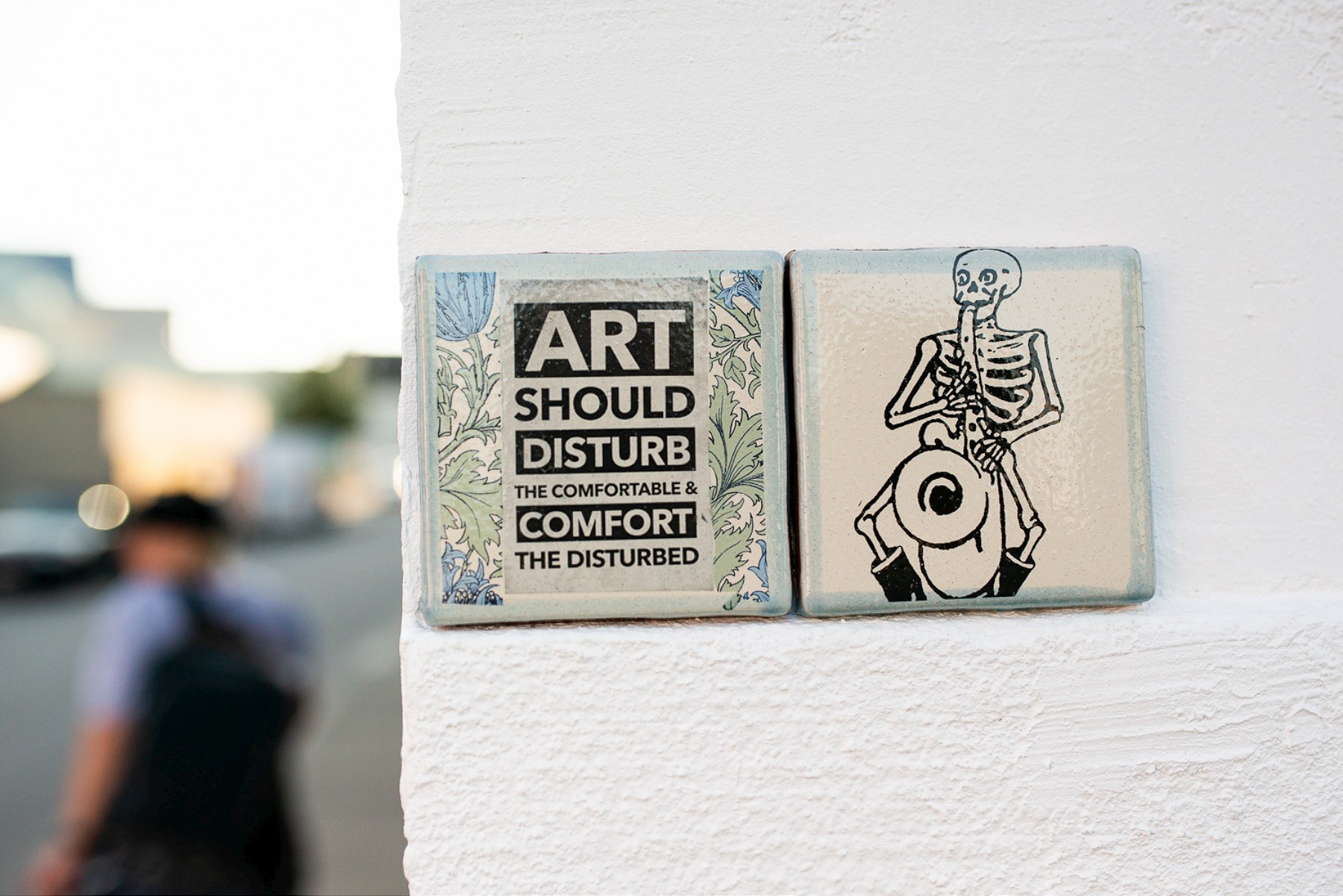