We’ve recently written a lot about what was happening in Stavanger during the 18th edition of Nuart Festival, but we wanted to give you a heads up on the background of two of the arguably most impactful projects that took place. Both murals created by artists that came from other parts of the globe, Australian Fintan Magee and Mexican Said Dokins, were the results of collaborations between the festival and local organizations focused on social inclusion.

Dokins’ Næarhet (proximity/closeness) mural was directly inspired by the experiences of foreigners who have settled in Stavanger, either through choice or necessity. The artist wanted to explore the notions of freedom and belonging and to create a work that unifies people’s experience on this matter. In order to do so, he conducted interviews with individuals from the Johannes Læringsenter resource center for newly arrived immigrants to Stavanger, as well as talked to locals about their attitudes towards foreigners. The result is a big mural spelling “nærhet”, which is constructed from the names and words of the individuals Dokins interviewed during his time in Stavanger. These are written in the artist´s trademark calligraphic style that combines the economy of medieval calligraphy, the energy and expressiveness of Japanese calligraphy, pre-phonetic writing, and prehispanic symbols. The background – half red, half blue, meeting in the middle – is a metaphor for the compromise required in order for us all to live in an equal and compassionate society. Furthermore, the mural is painted in Badedammen, an area in the east of the city where working class and immigrant populations have always traditionally settled.

Only a few days earlier, Magee finished his large mural, which was the result of the Nuart x Attende’s  Social Inclusion Through Street Art program which aims to inspire action and change and raise awareness about marginalized groups through art. Working towards finding everyone a role to play in our society,  members of Attende’s Ren By Gjengen (Clean City Gang), can be seen daily collecting garbage from the city streets – over two tons annually. Australian artist portrayed two of the “gang members” celebrating both their role in the society and the organization’s effort to include these individuals into everyday life and have them contribute for their’s and everyone’s greater good. 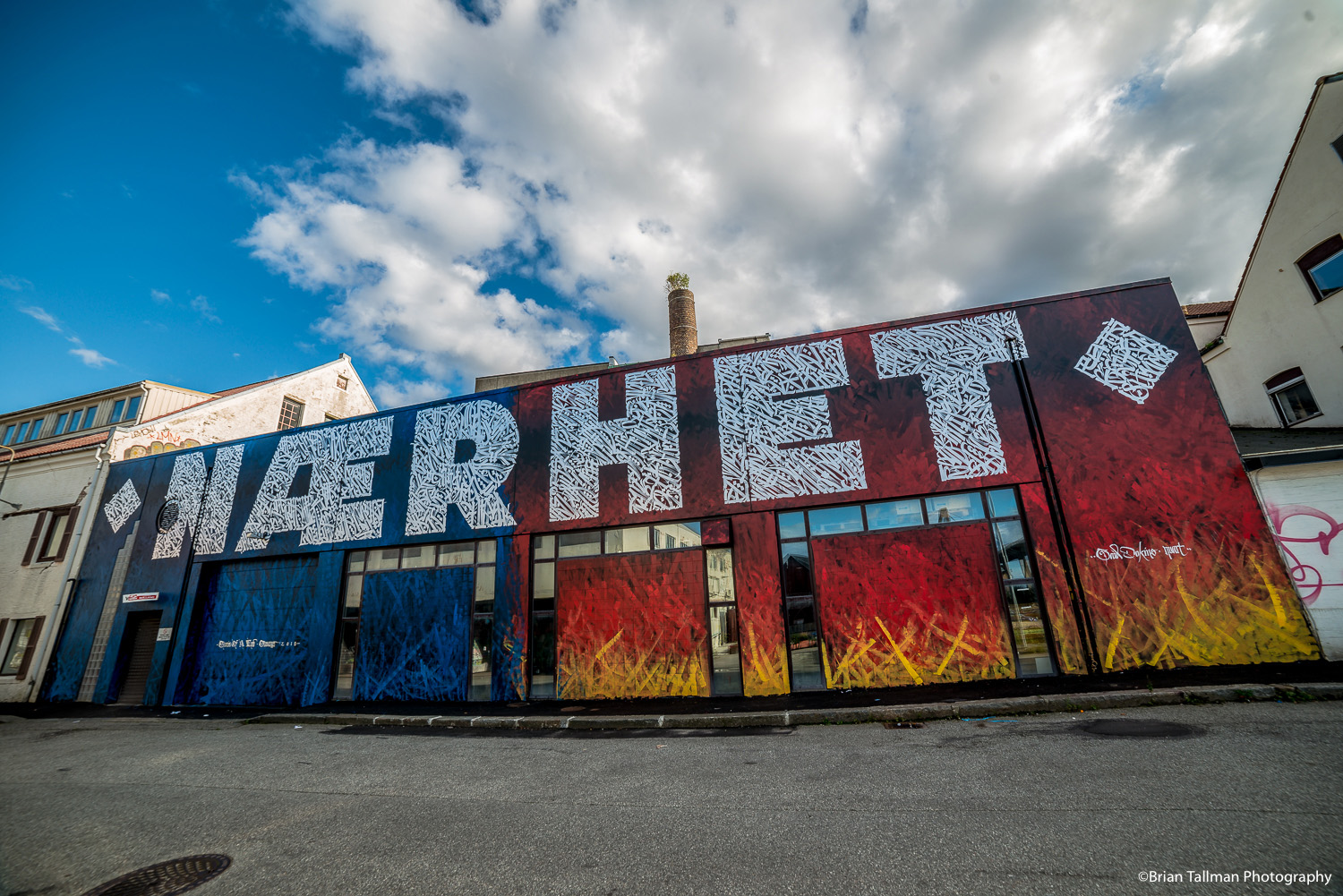 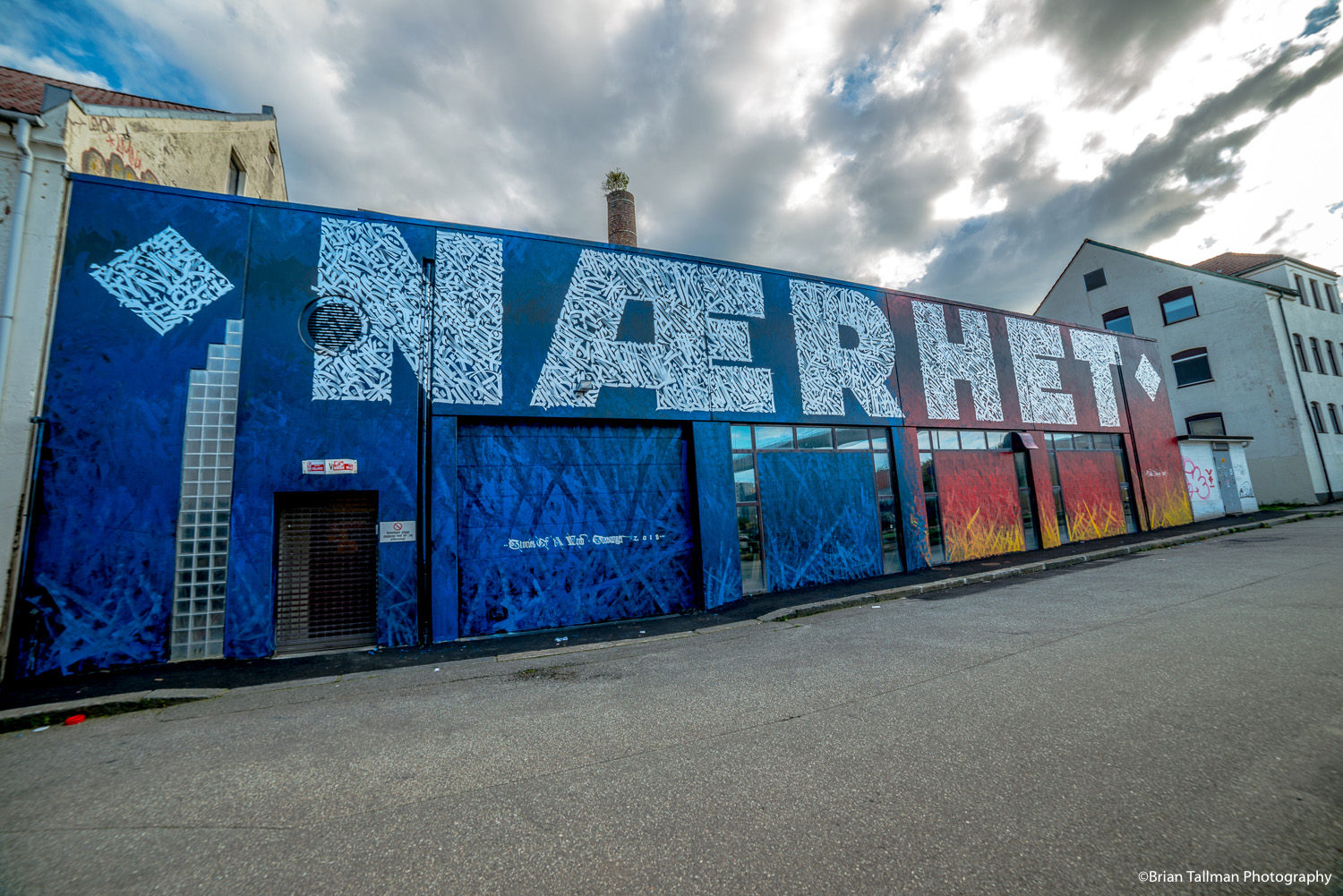 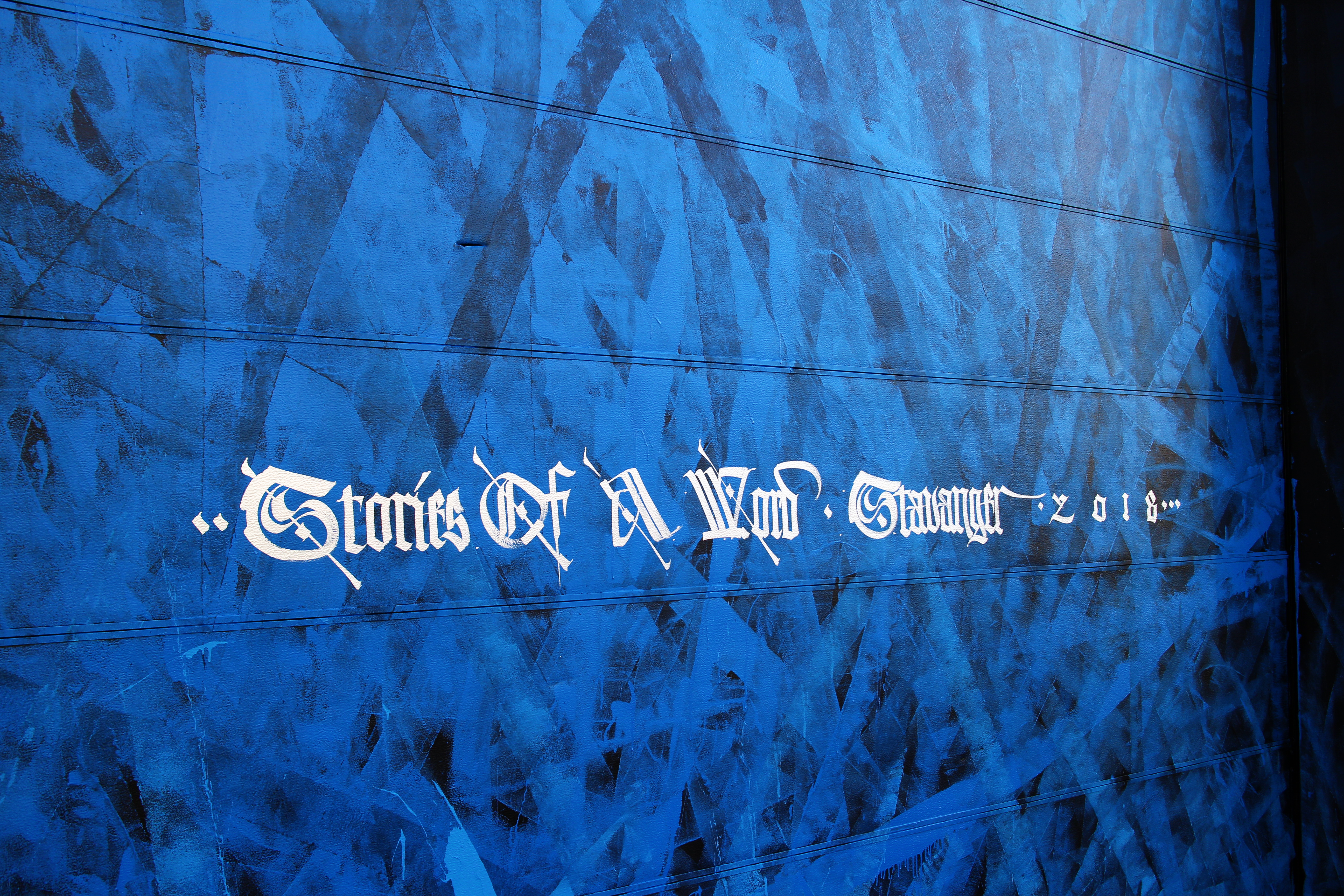 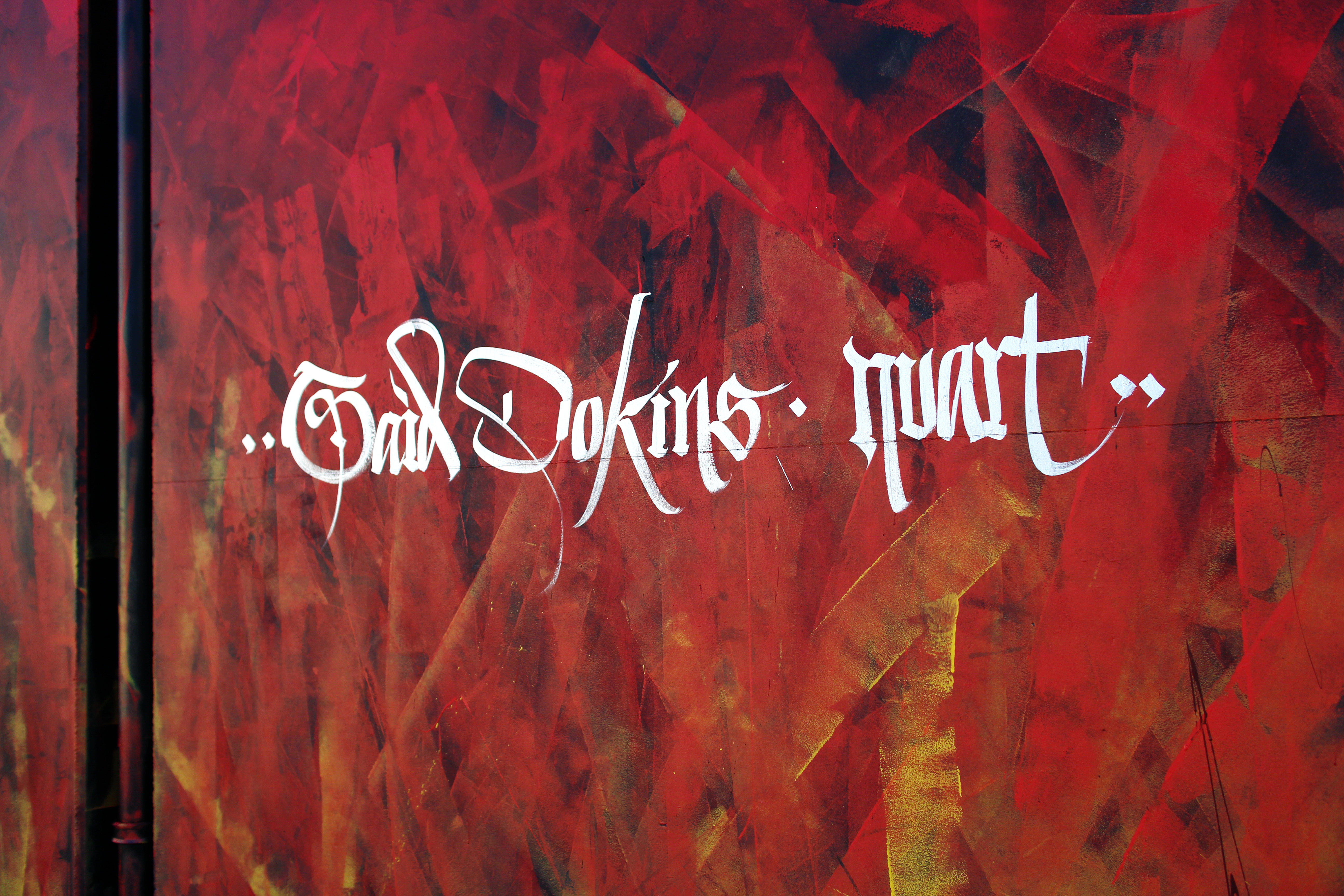 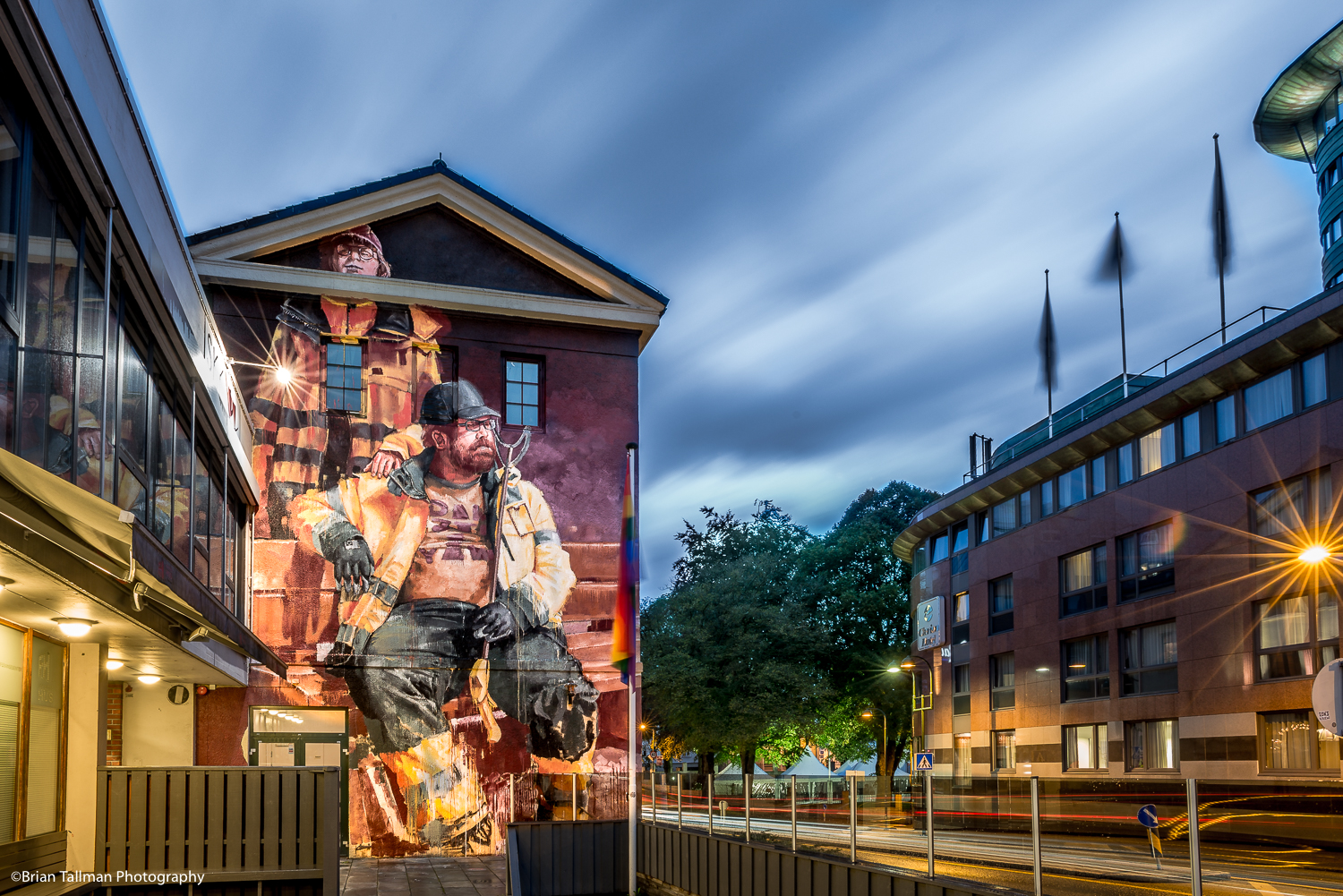 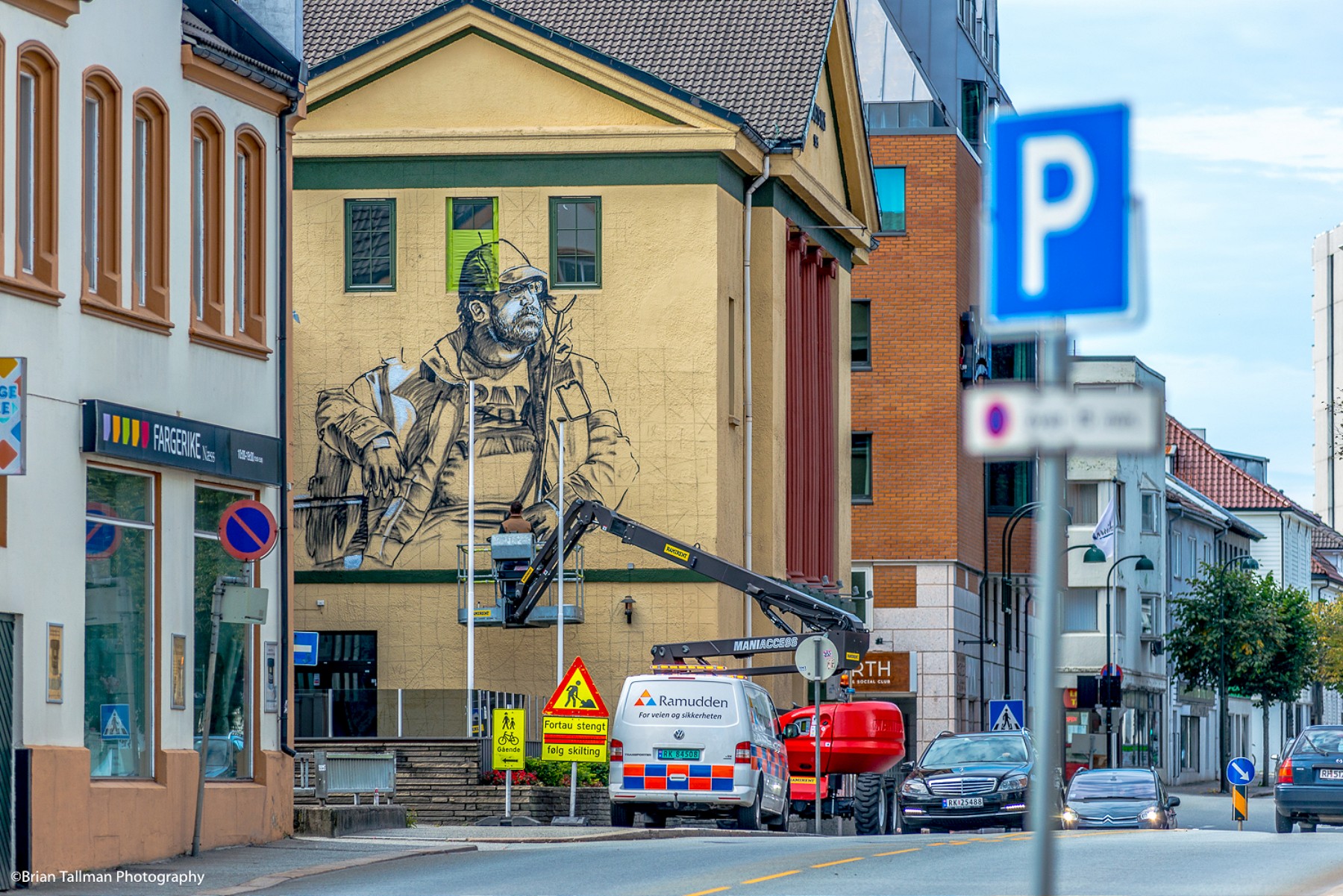 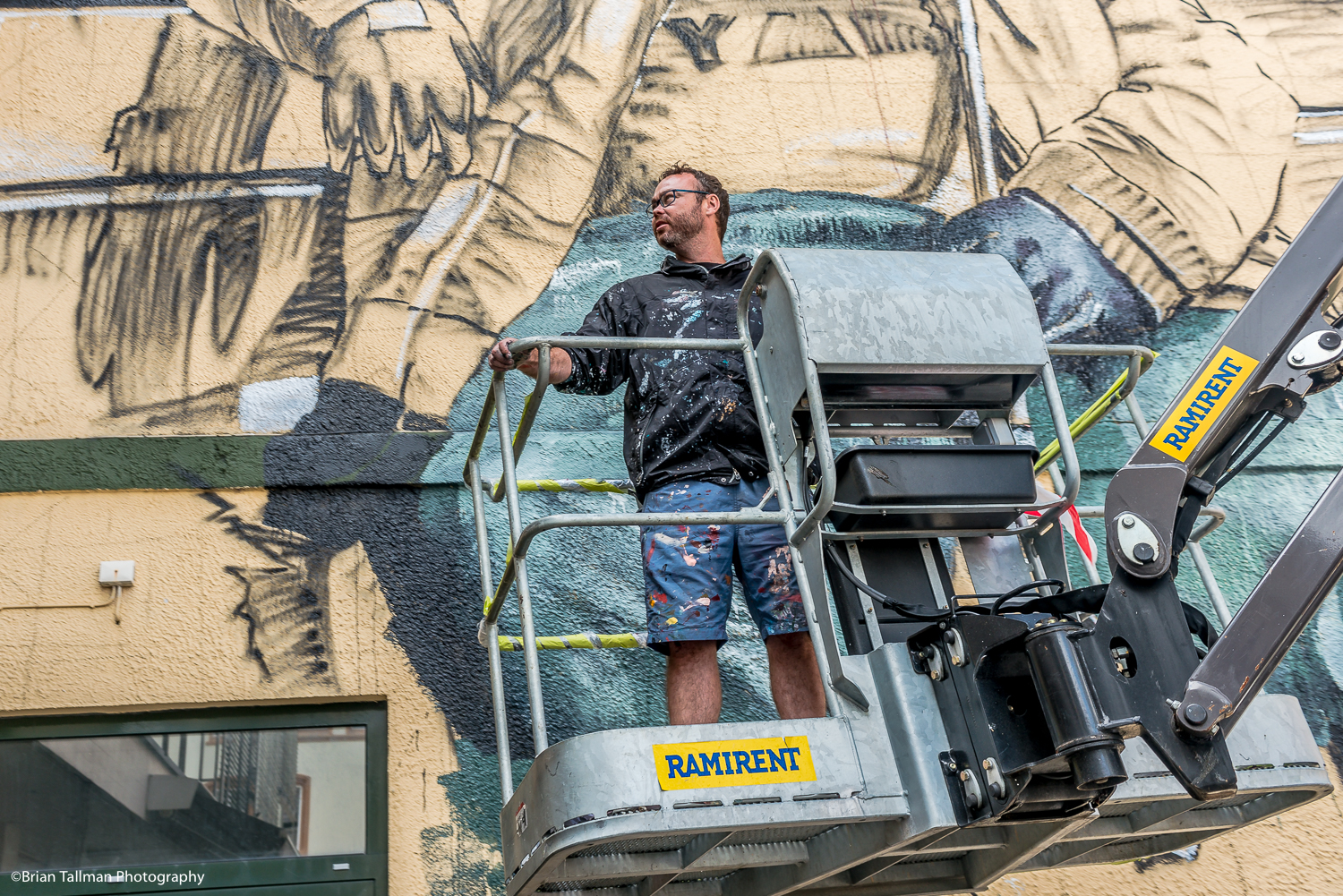 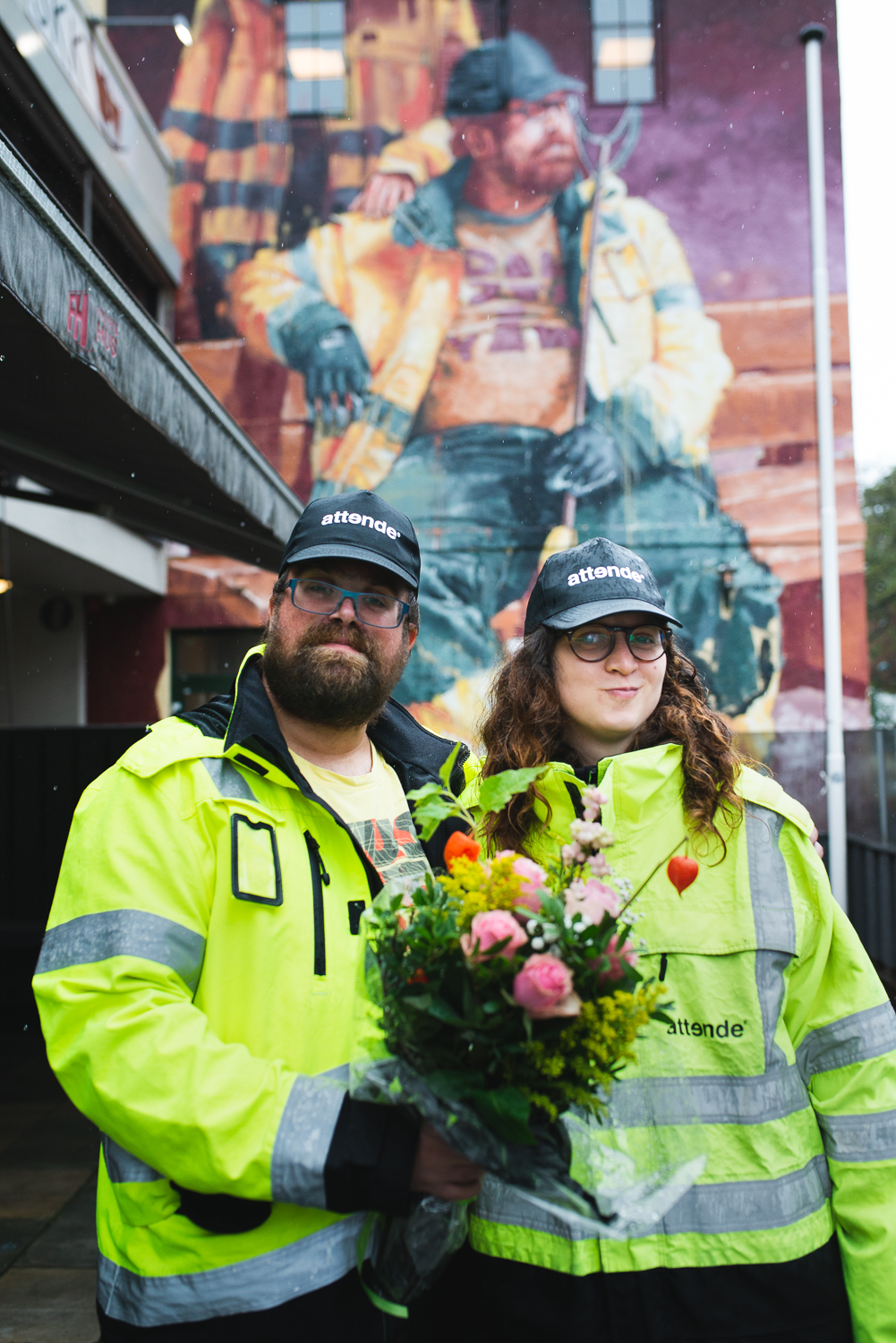