Bergen-based artist Naeem Searle aka NIMI recently spent couple of days in Stavanger painting his piece for the latest addition to Nuart Festival‘s ongoing Art City initiative. The Last Traveler is a ‘sister piece’ to NIMI’s mural Sofia and the Mountain (covered), painted for the same project.

Aiming to produce work outside of Nuart’s annual flagship festival, Art City once again invited the South African-born architect and street artist to create public work in their hometown. The result is a piece that tells a story of a journeymen that bear the weight of the past on their shoulders. The female character depicted in the mural is carrying a heavy load made of elements of her culture and identity, as well as elements of both the man-made and natural worlds. The image symbolizes the struggle and the weight that migrants can experience during their journeys, which is directly connected with their past and heritage, and not them as individuals. As an architect and street artist who likes to experiment with a variety of techniques, mediums and creative processes, NIMI has used a chiaroscuro effect to also incorporate and reflect the architectural elements of the four-storey car park that houses the work. 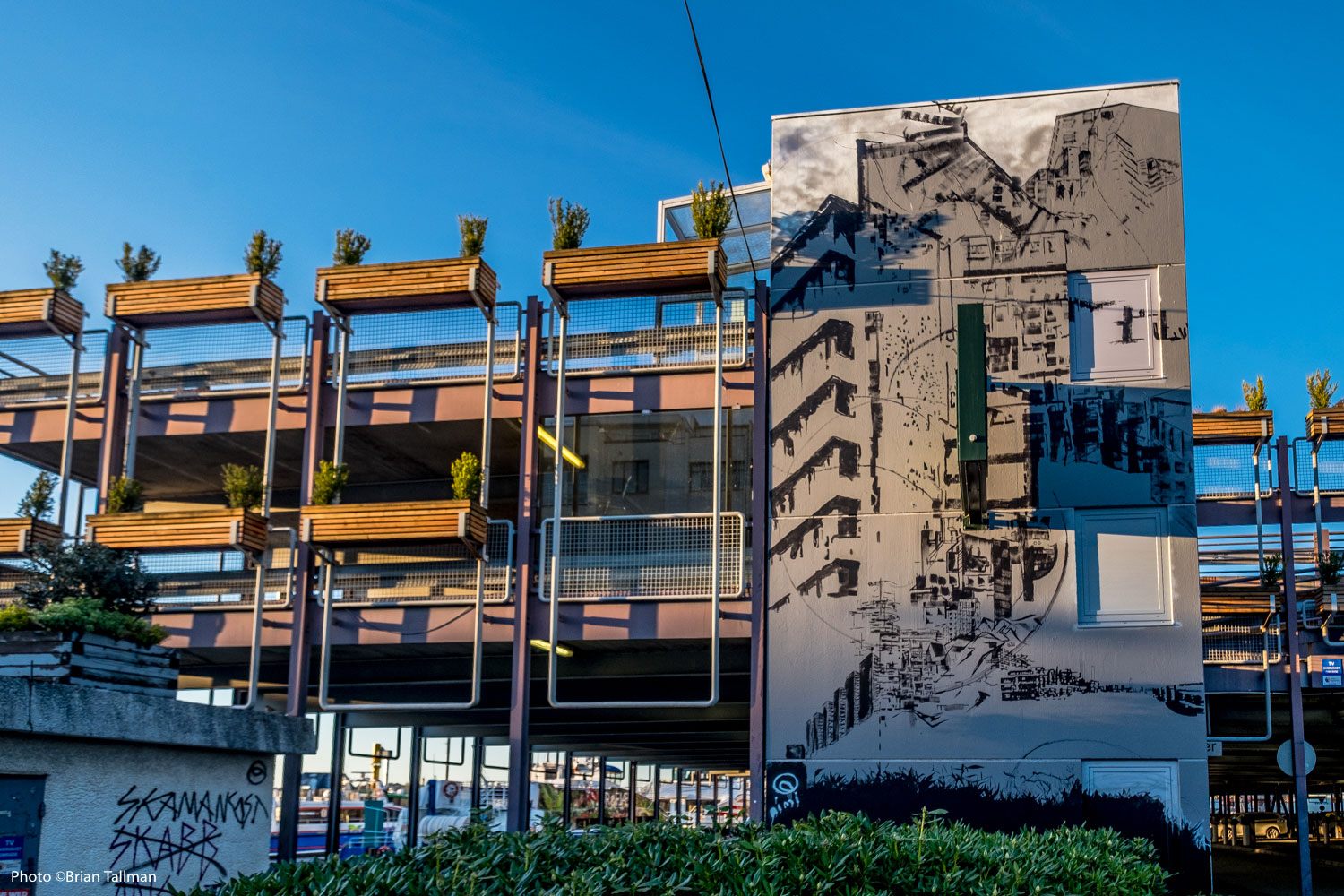 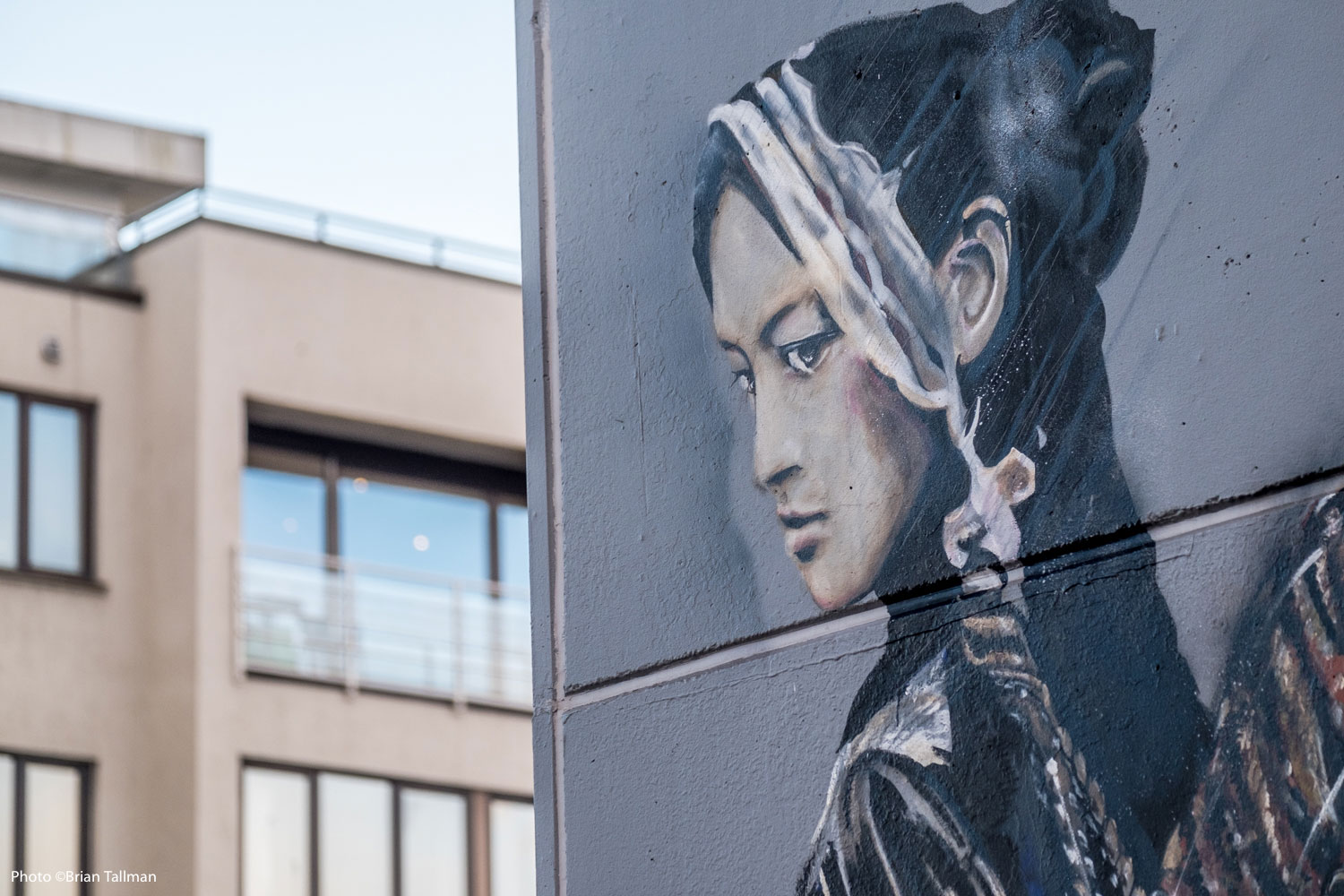 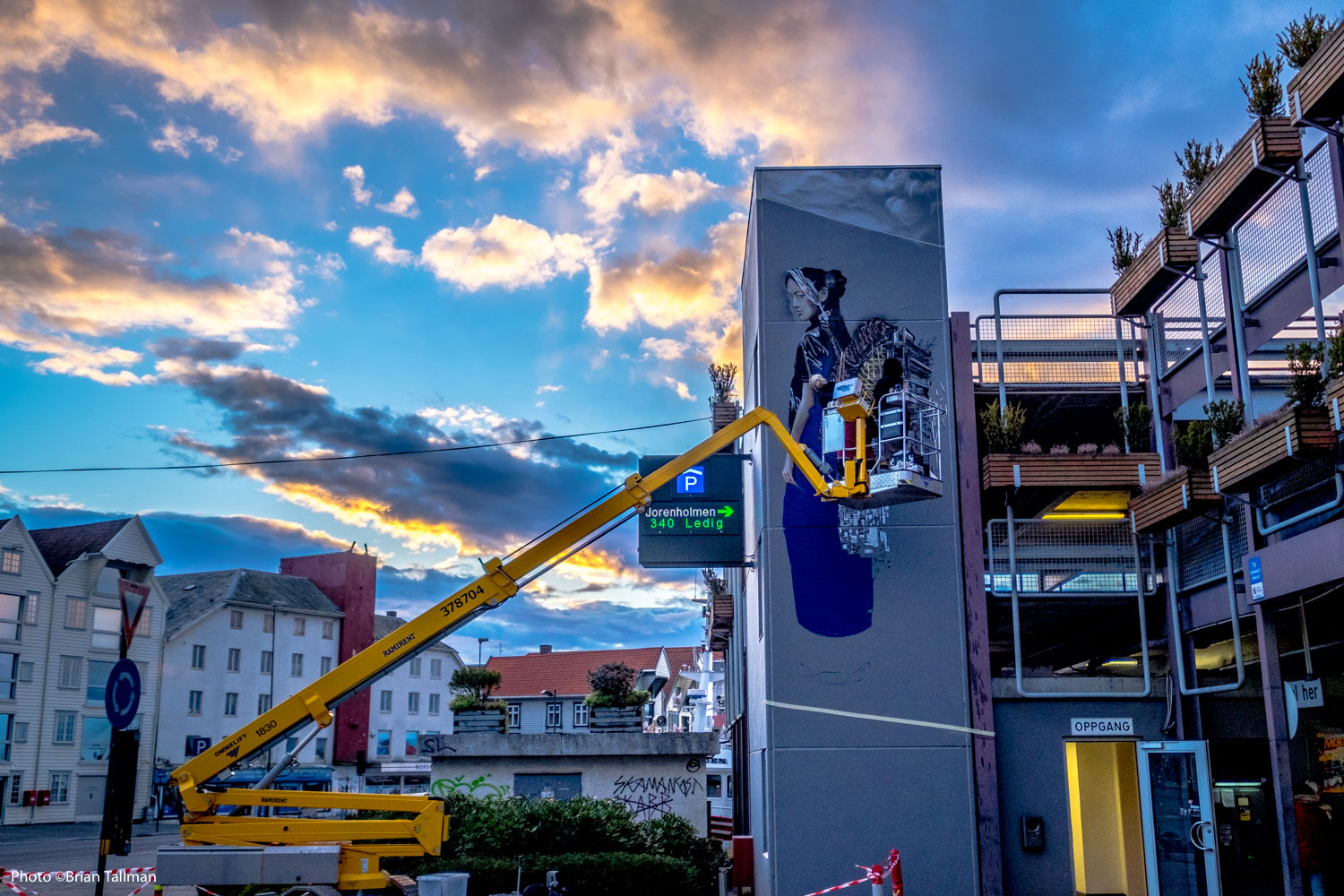 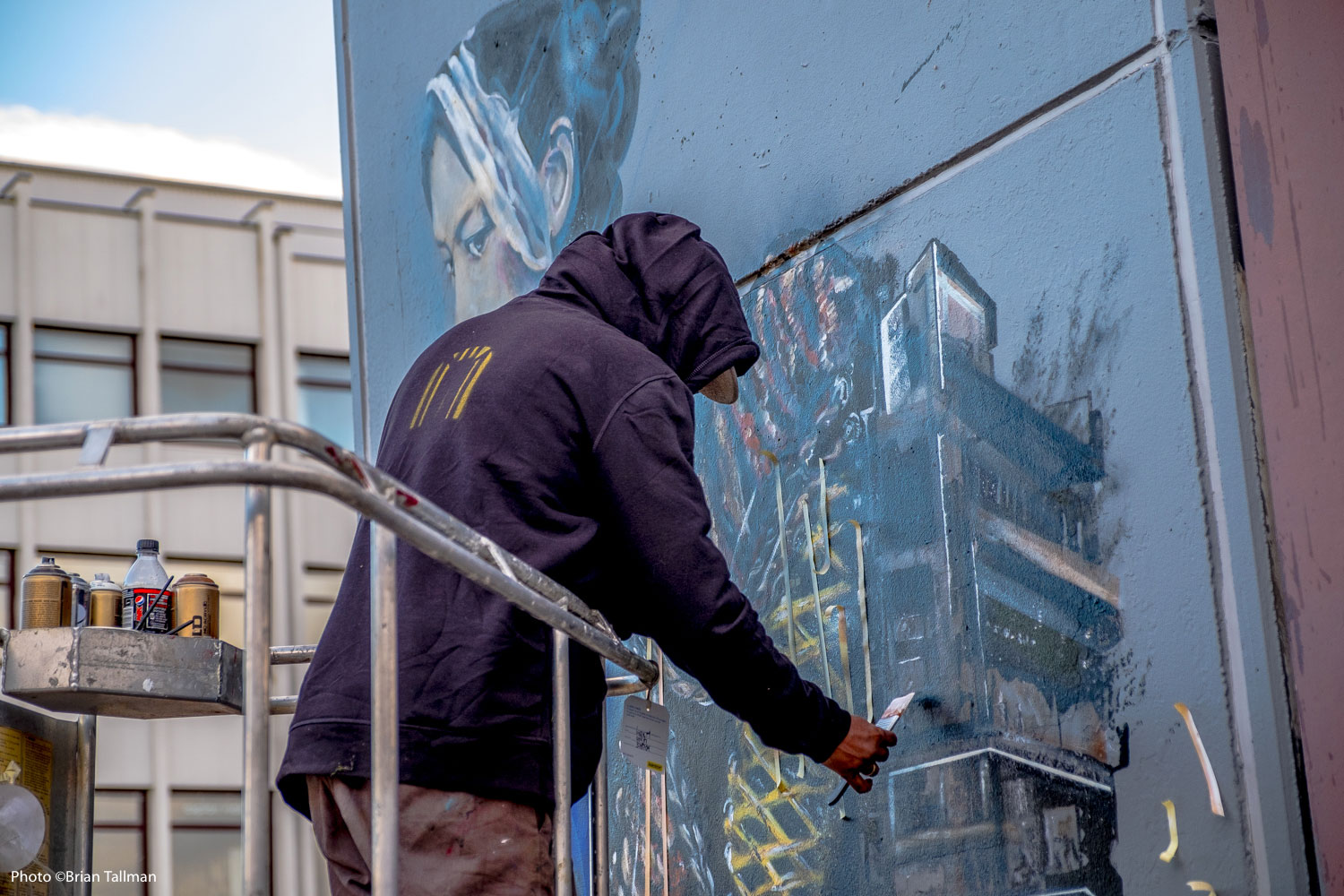 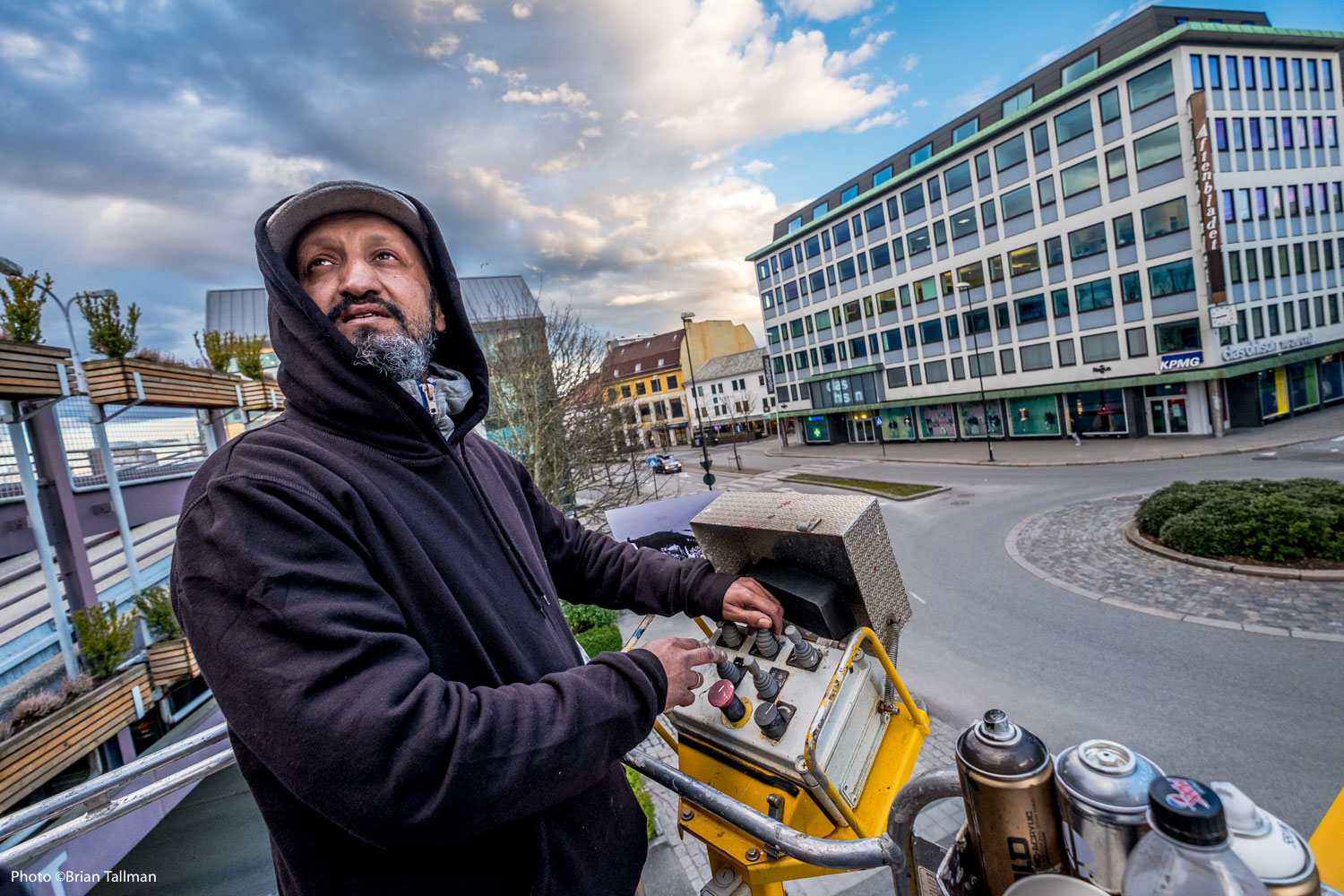 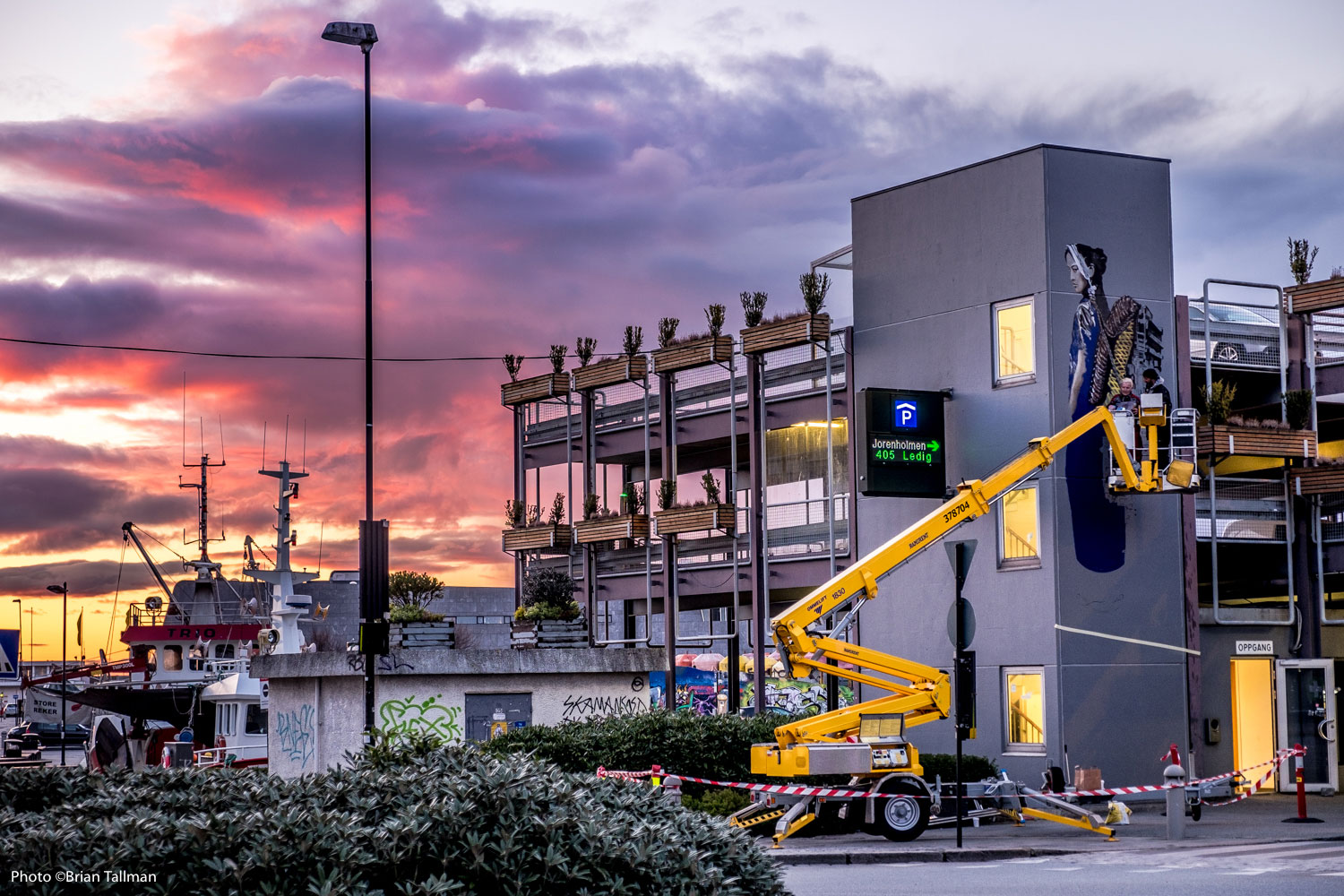 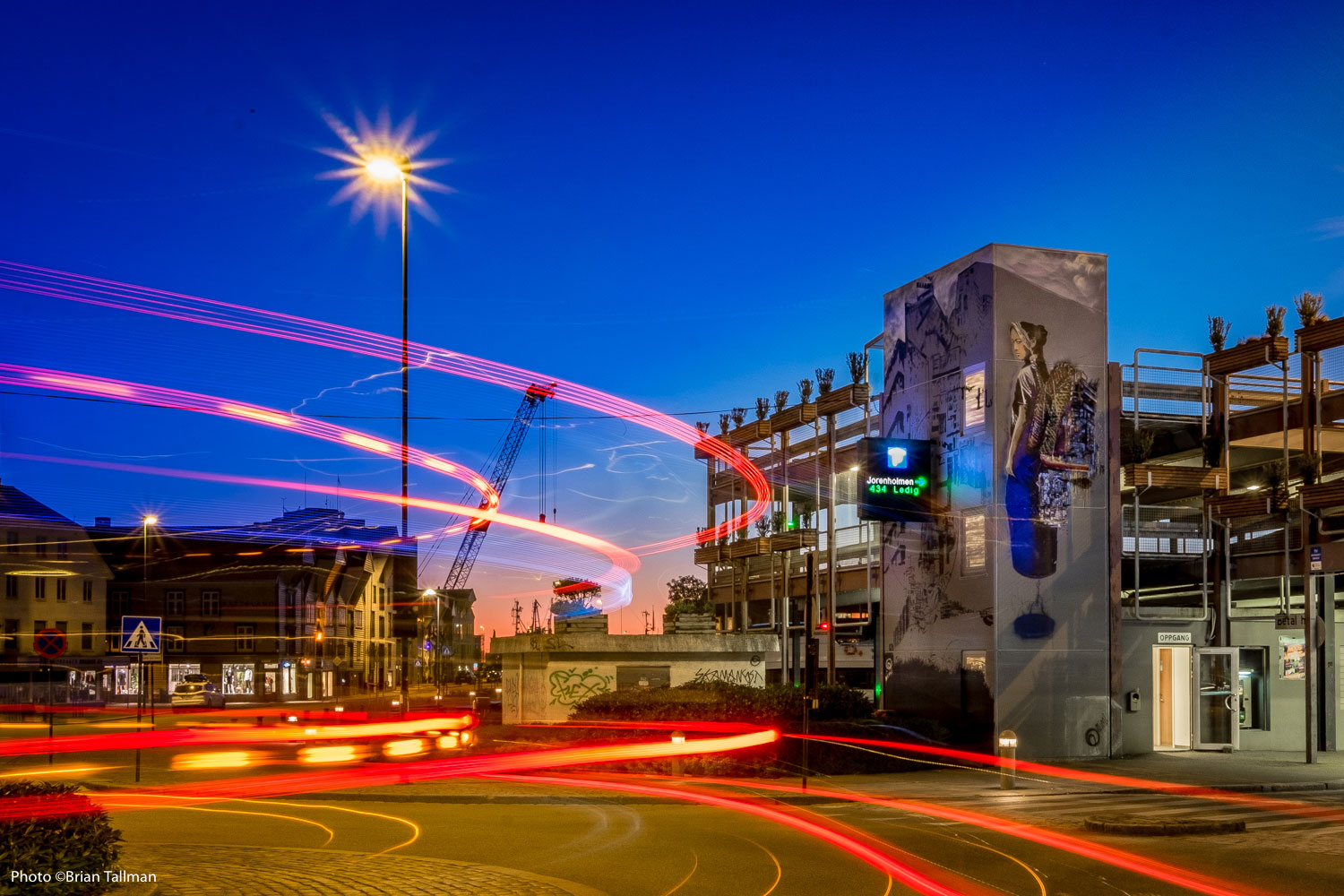