Delivering an early Christmas present to the people of Bristol, Banksy has painted a new work depicting a sneezing pensioner in the neighborhood of Totterdown. The area acquired its name because the steepness of the hills make it appear that the terrace houses are tottering, or tumbling, down the precipitous slope towards the River Avon below. The piece itself is located on Vale Street which at 22° is the steepest residential street in the UK and the native West Country artist has played with these angles so that when viewed at a tilt it appears that the elderly lady’s sneeze is knocking over the Victorian houses. The work’s visuals featuring false-teeth flying out the pensioner’s mouth references the antiquated seaside humor that is associated with places such as Weston-super-Mare, where Dismaland (covered) was staged in 2015. But the subject matter, of course, also alludes to the ongoing COVID-19 pandemic during the week in which the city has started vaccinating its elderly population. The house on which the stencil sits has been recently sold, so it appears that the new buyers have got more than they had bargained for! 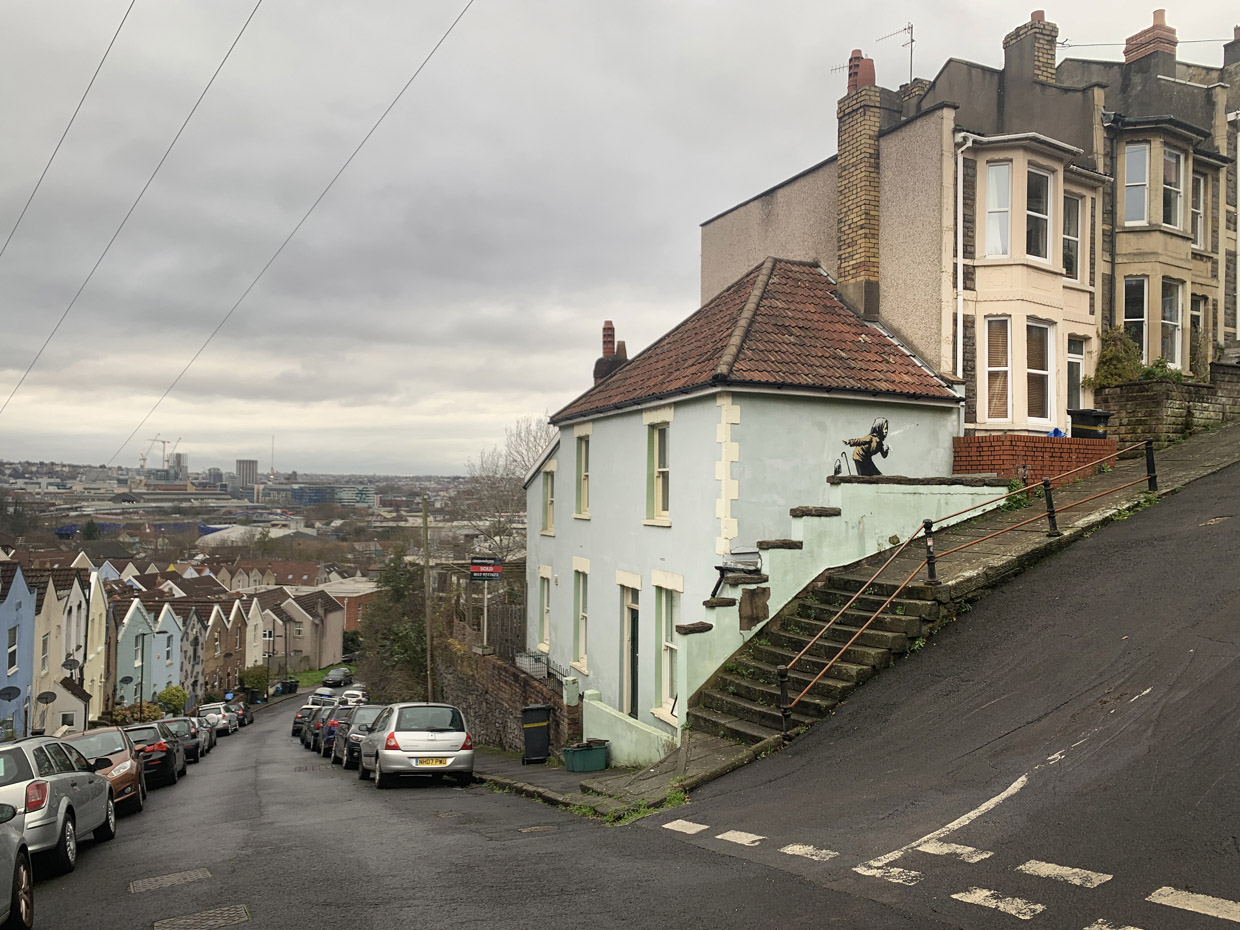 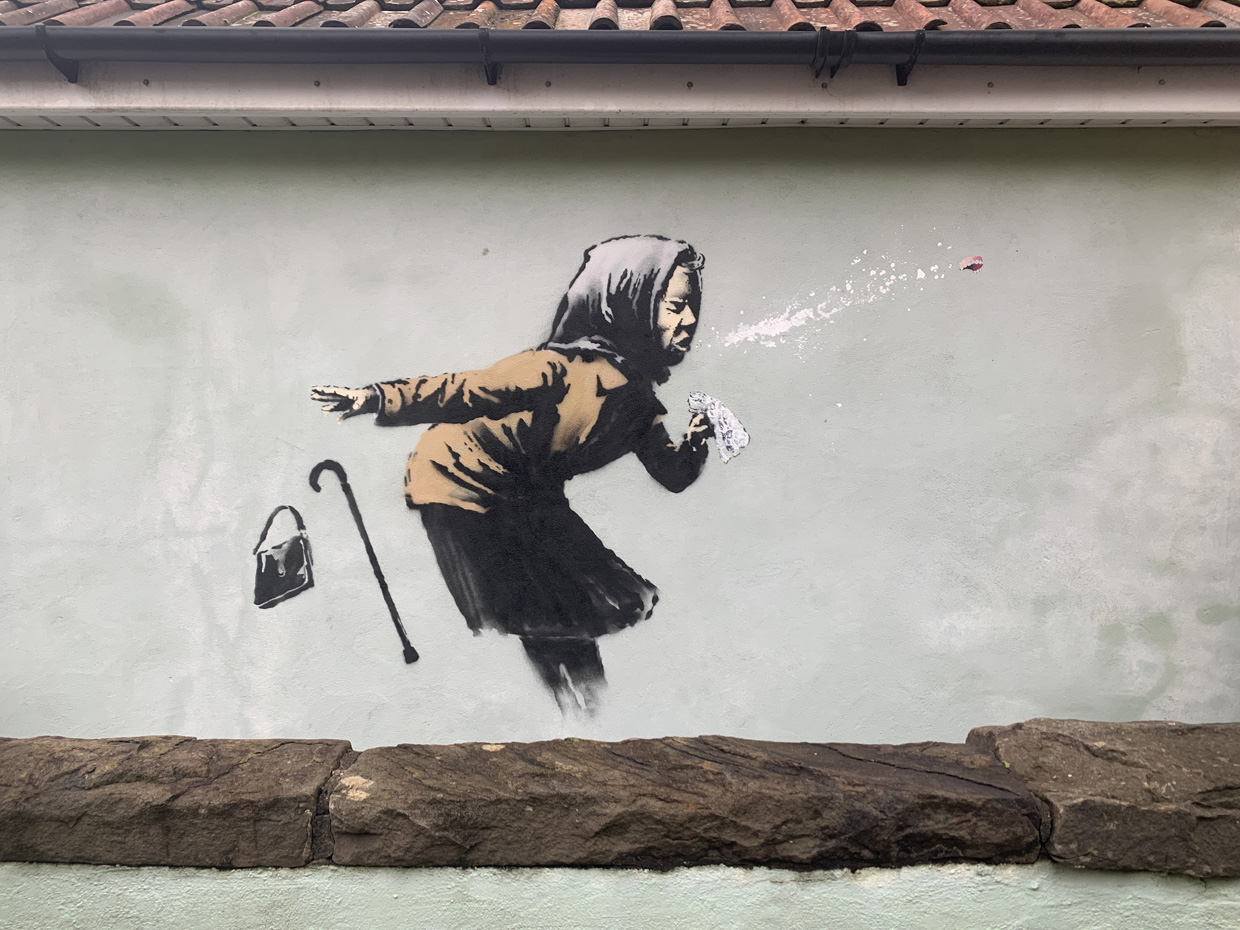 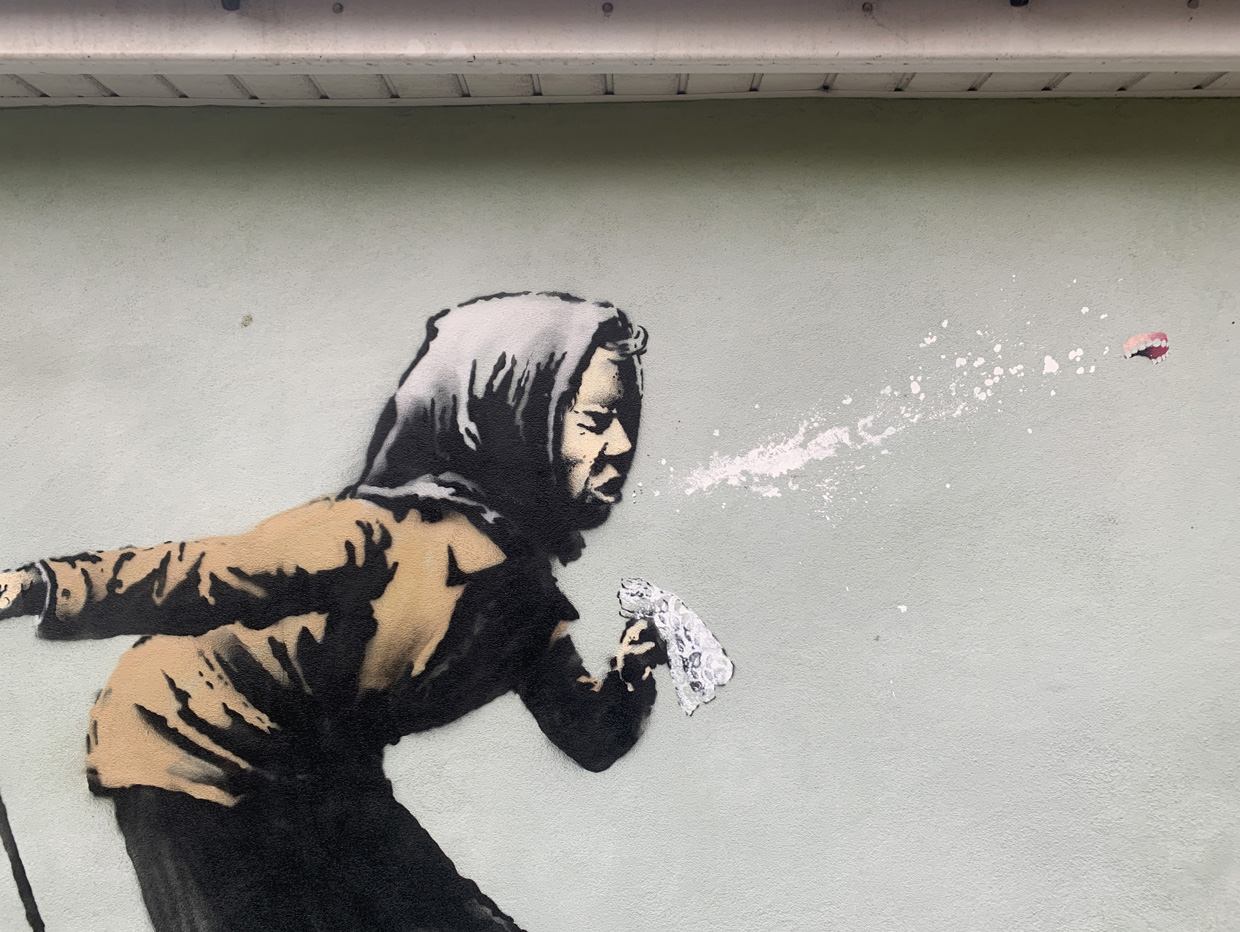 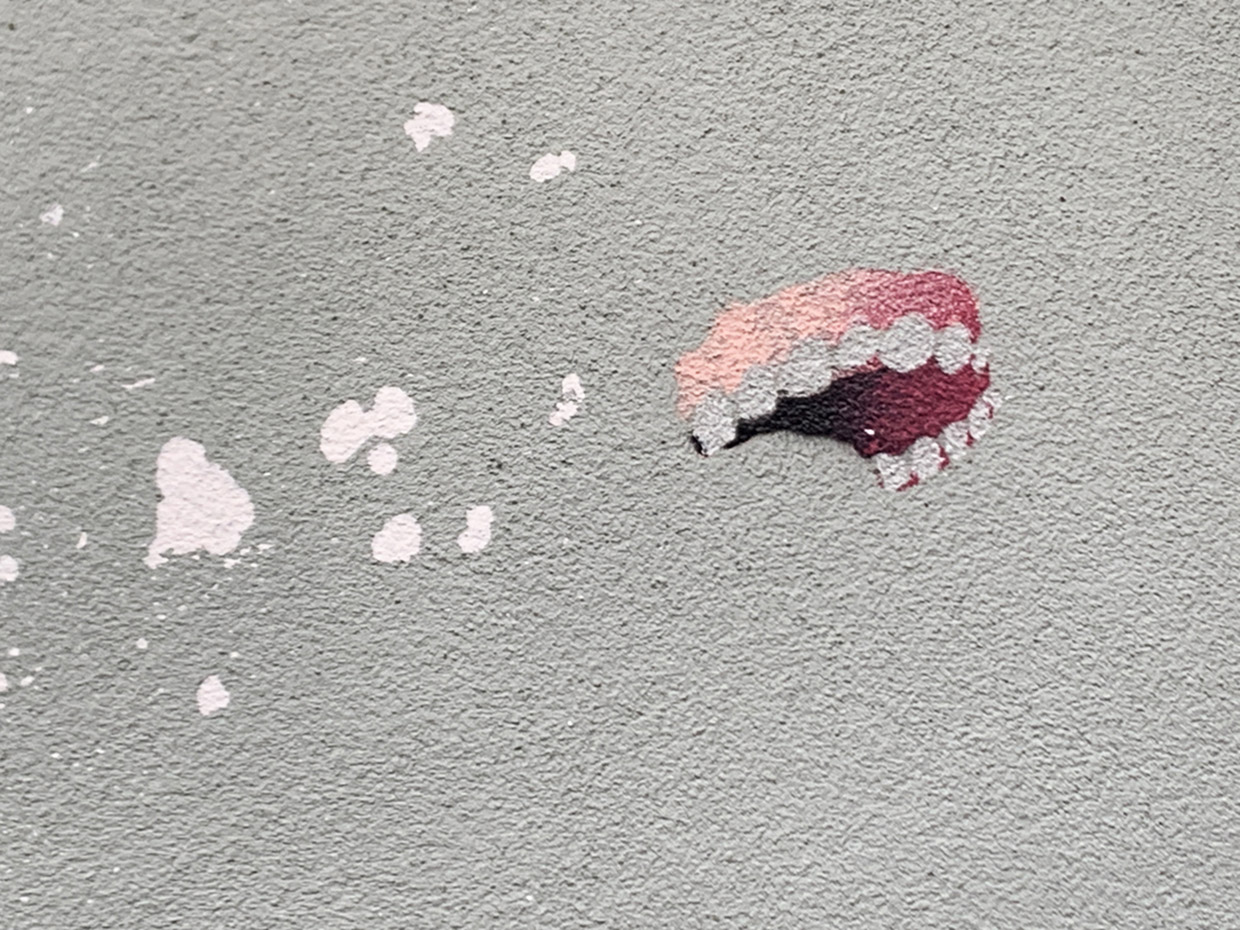 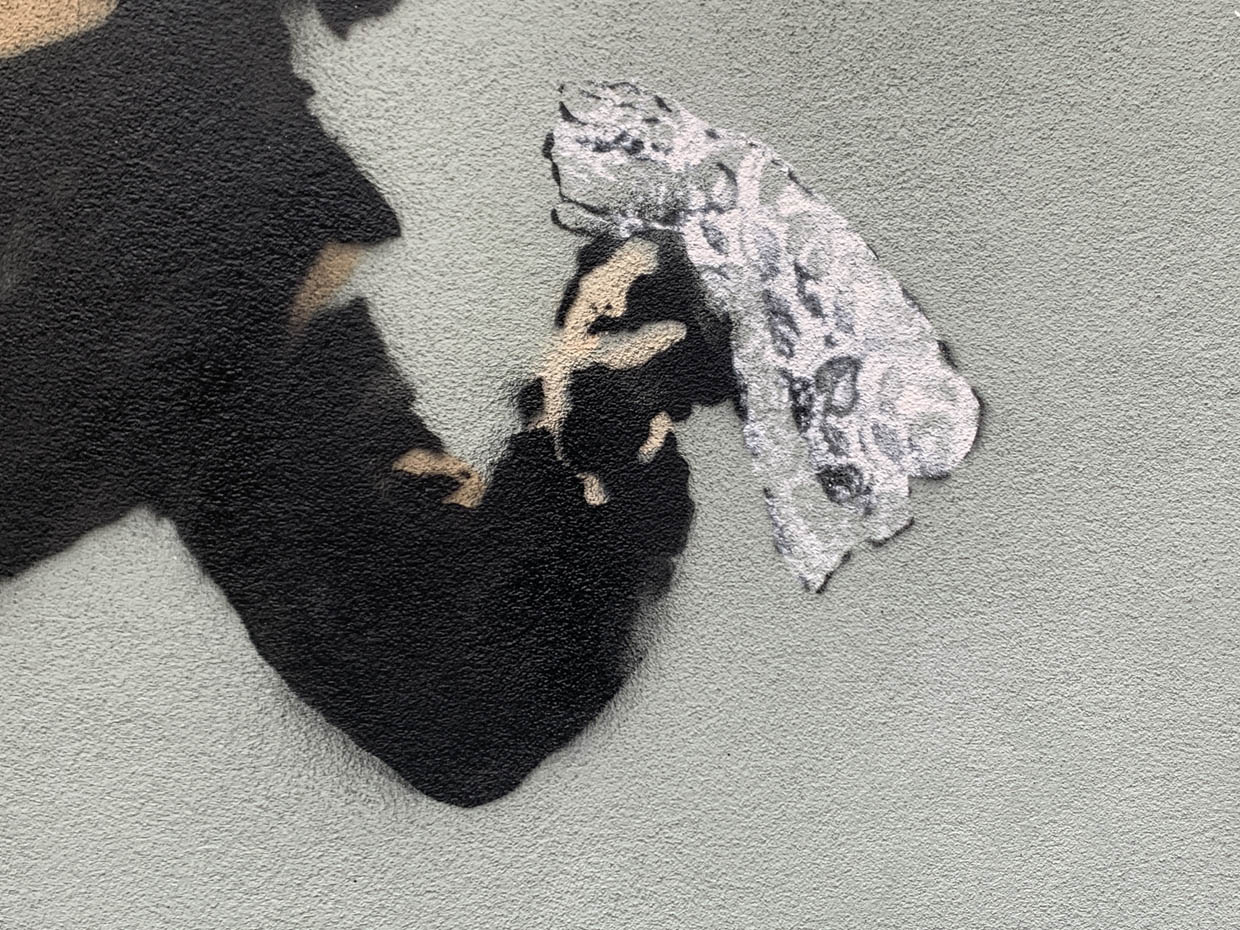 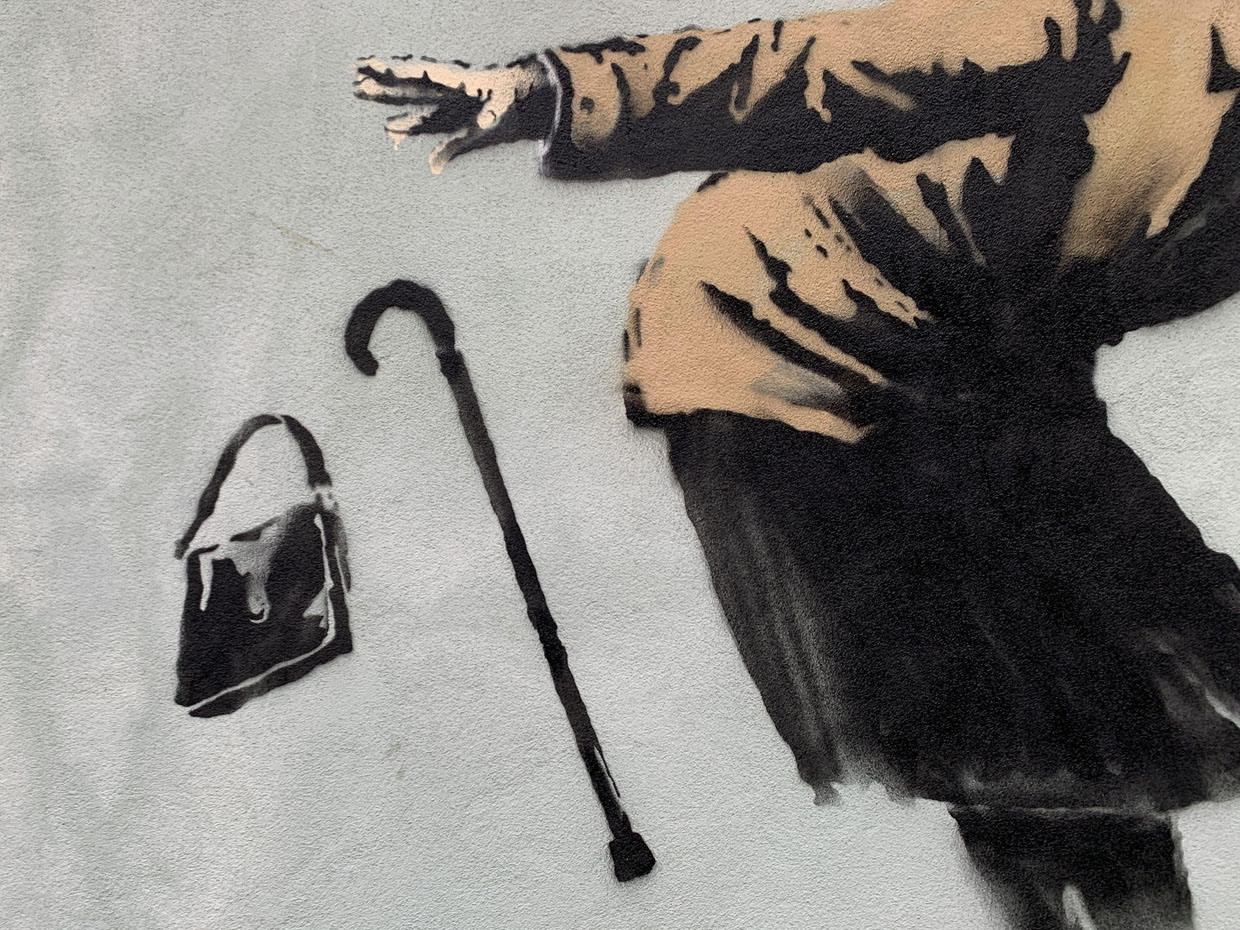 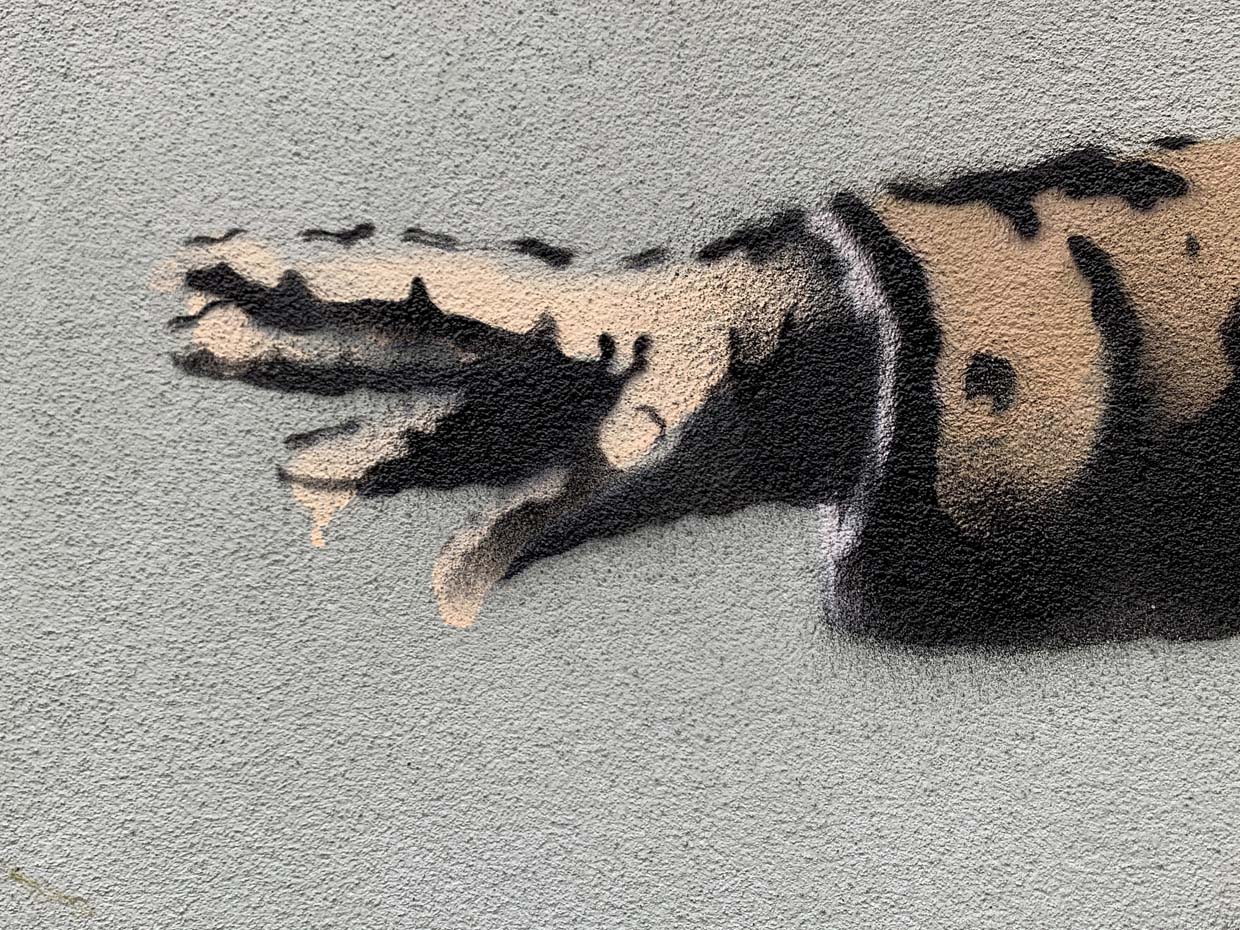 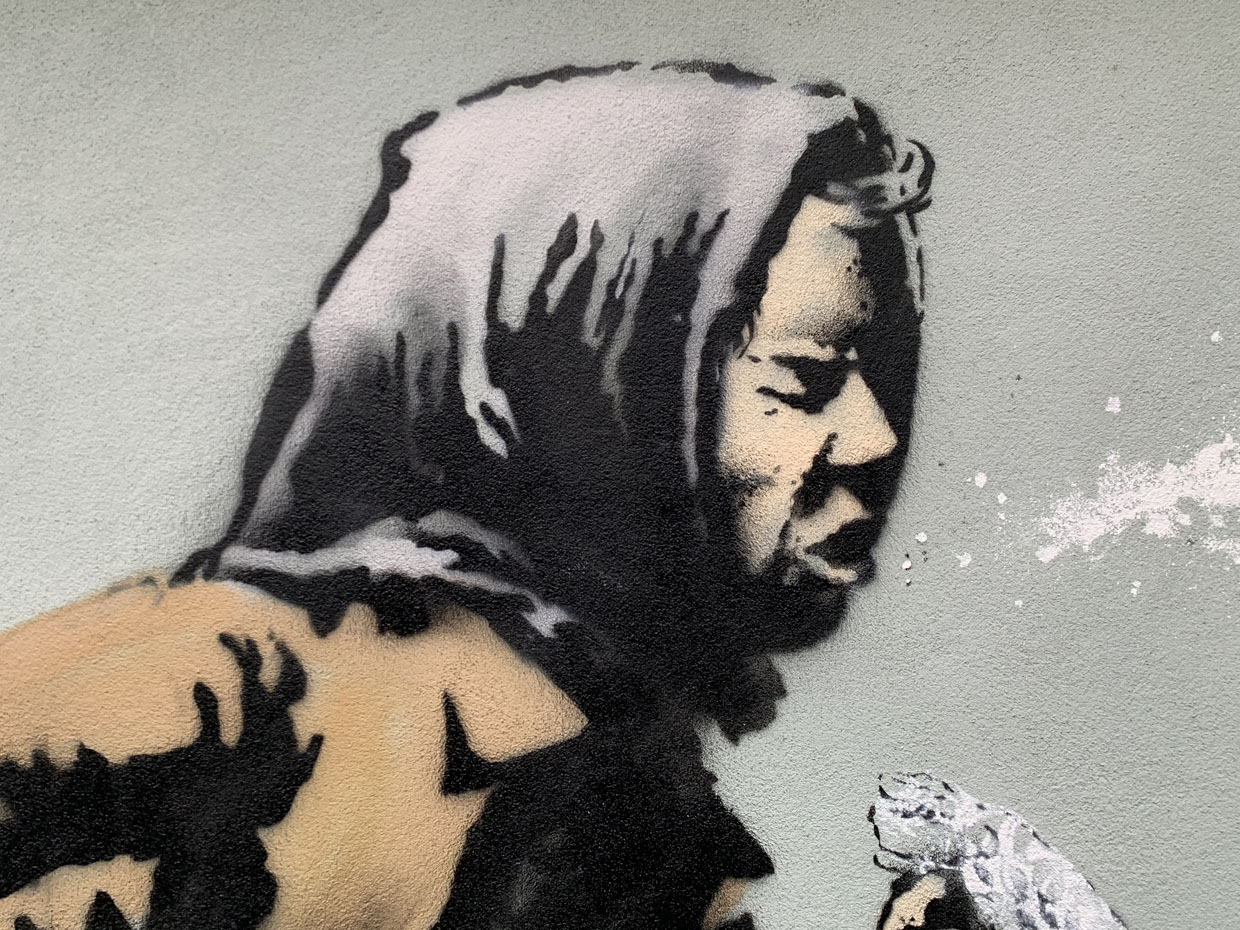