Almost unbelievably, In The Corner Of The Mind is Os Gêmeos’ first solo show in the UK. The exhibition at Lehmann Maupin’s new London outpost allows the viewer to once again dive into the twin’s playful, personal universe created from small memories which they call Tritez.

A large canvases which shares its name with that of the exhibition depicts a head supported by crutches and, as a result, is strongly suggestive of Salvador Dalí’s Le Sommeil (Sleep). For Dali, the crutches hint at the fragility of the supports which maintain ‘reality’ and this vulnerability is further underscored in Os Gemeos’ iteration by the figure that’s poised and ready to turn off the light. This is complimented by further layers of surrealist narrative: an open window allowing escape from inside the head, a wall of bricks built within the mind; a blanket draping the figures that matches the hue of the first can of Colorjet spray paint which the São Paulo-natives picked up aged just 9 years old.

The Pandolfo brothers’ dual passions for Brazilian folk traditions and hip hop culture are laid bare in the show’s largest work entitled Life is a song in which you dance your own way. The principal figure is playing a modified Bossa Nova guitar but has an ‘80s boombox on his head; and while the marionette, which has shades of Mestre Vitalino’s figures, is clearly breakdancing like the twins used to do at the São Bento subway station in their youth. These figures are set against a background of sacred geometry which helps to marry together and harmonise these two distinct influences.

Their contextual awareness, acquired from years painting graffiti in the street, is evident in the placement of Firefly where the tones of the subject’s architectural dress matches the 19th century stained glass windows which flank the painting and its patterned background chimes harmoniously with the tiled floor below. Elsewhere in the exhibition, their signature yellow characters and trademark line work are complimented by fantastical details like sequinned landscapes, a bird turntable and joyfully patterned fabrics. While the exhibition is comprised of just five paintings, this forbearance is disguised by the raw creative energy contained within each one. 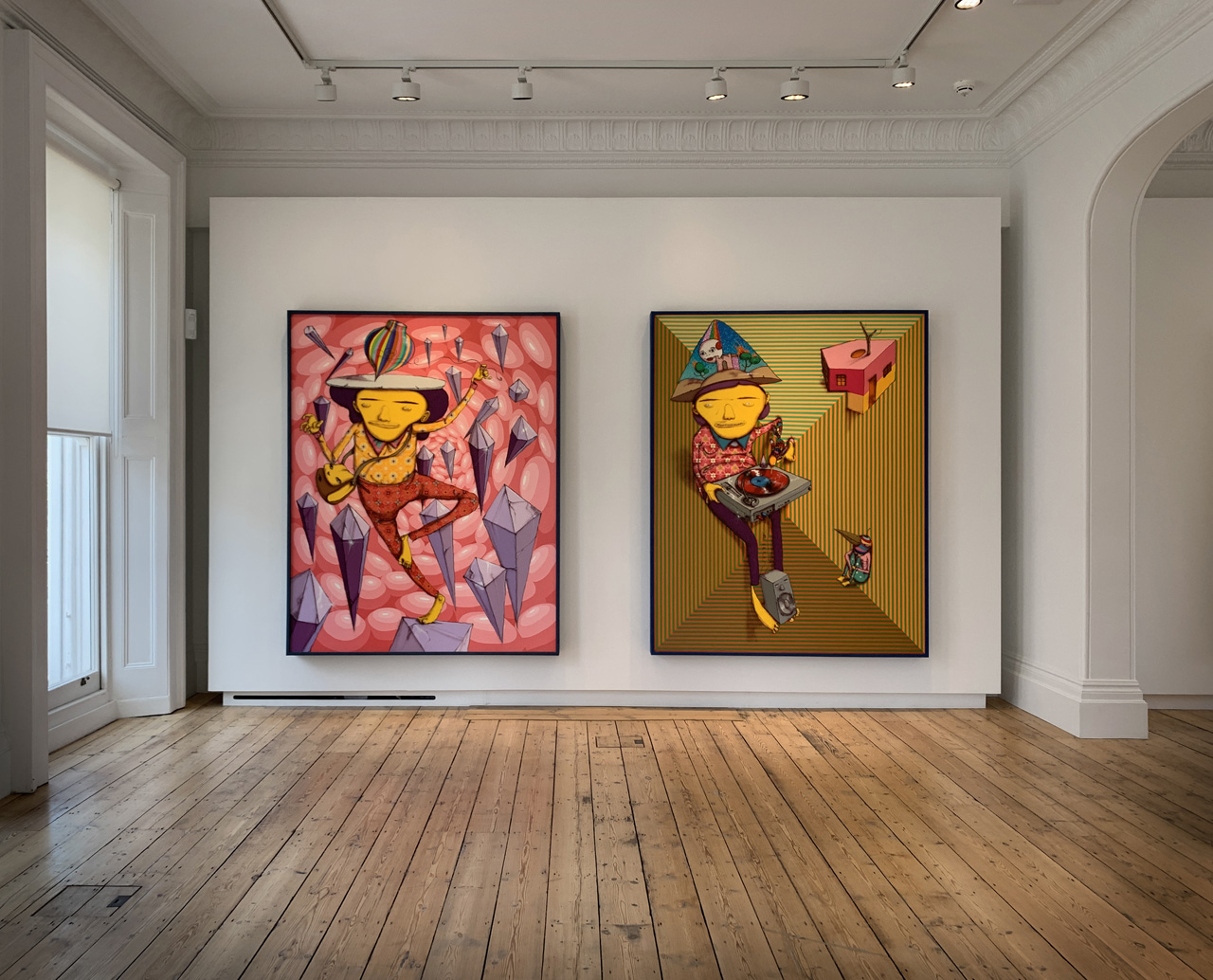 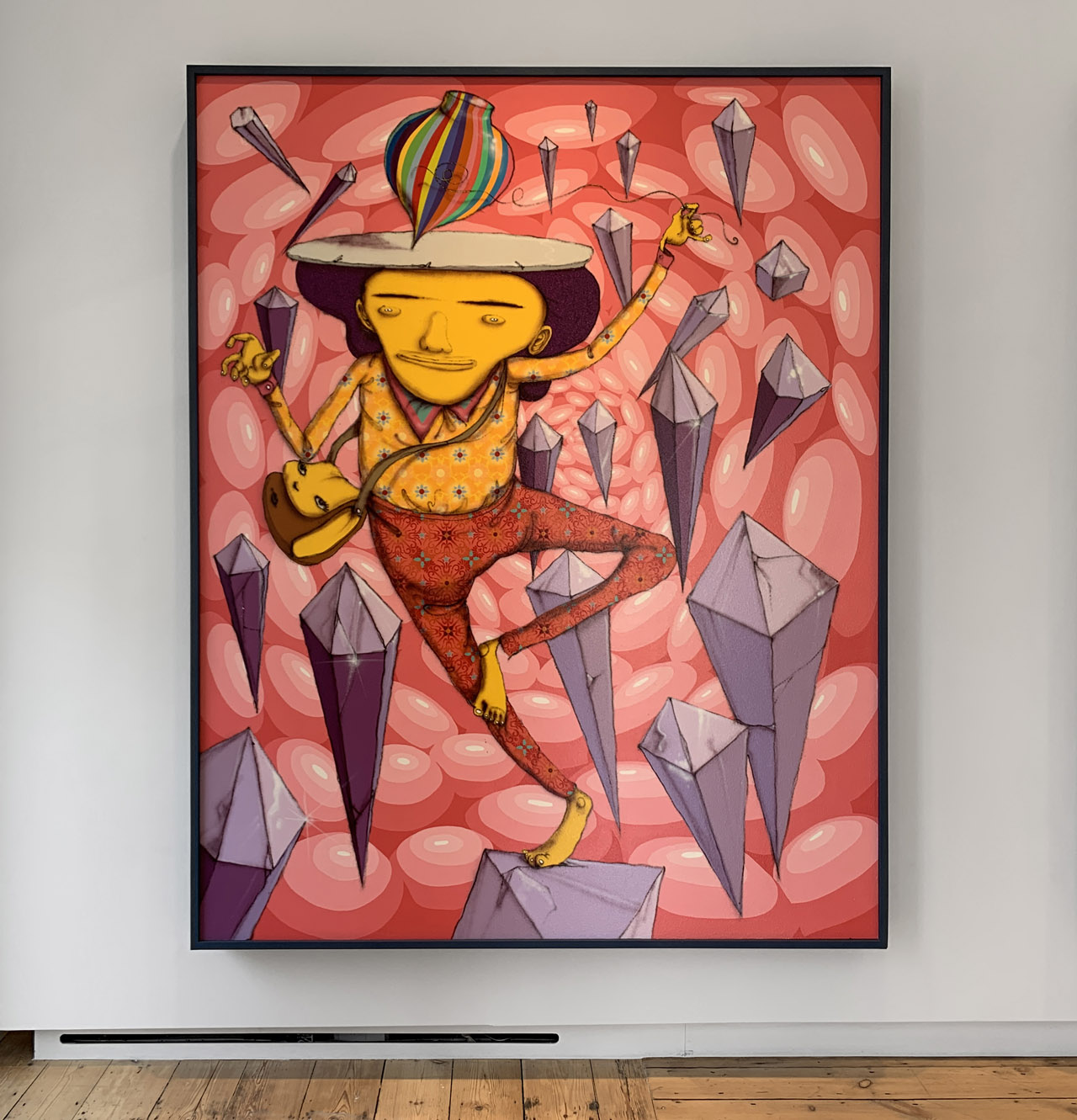 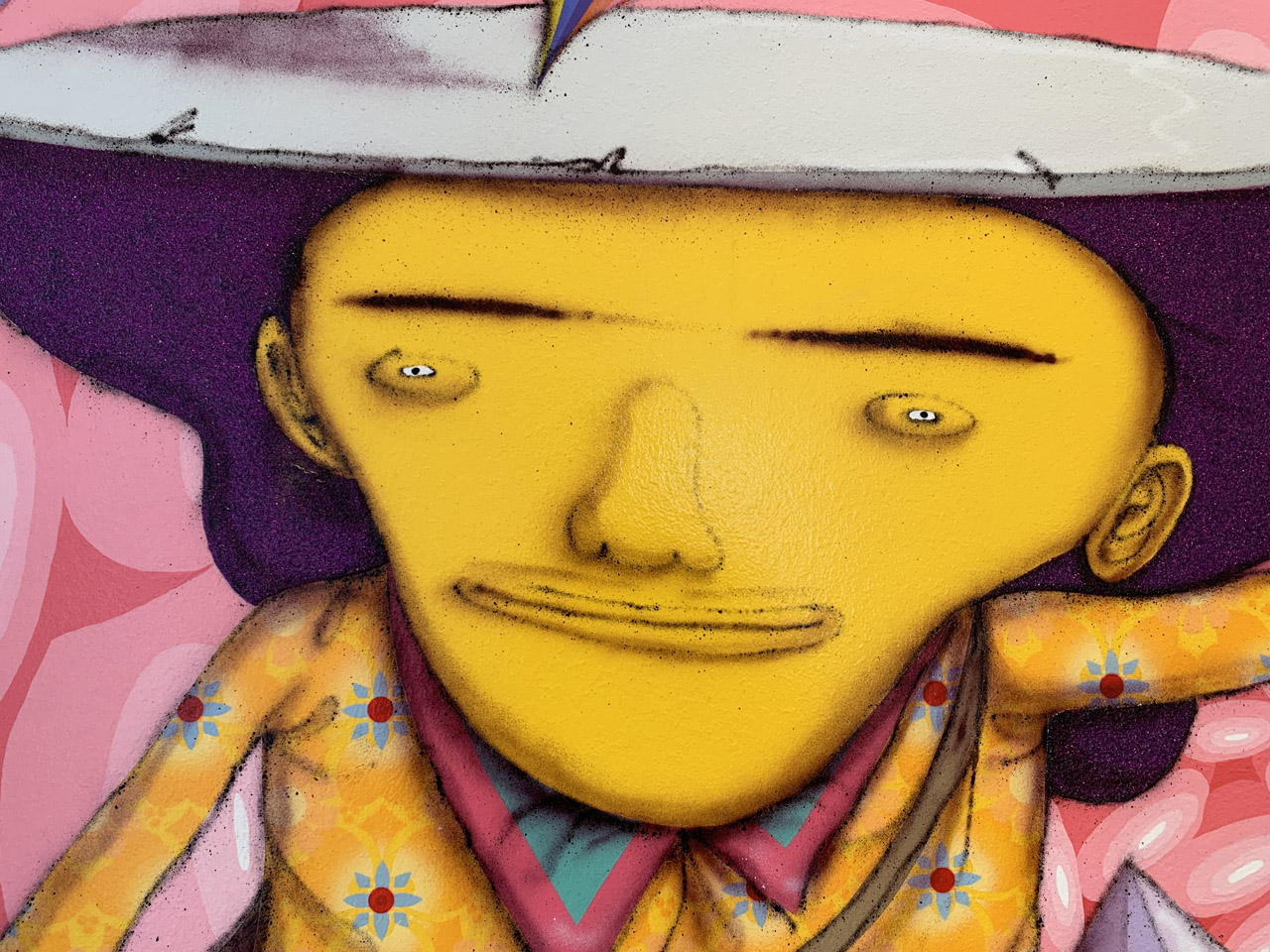 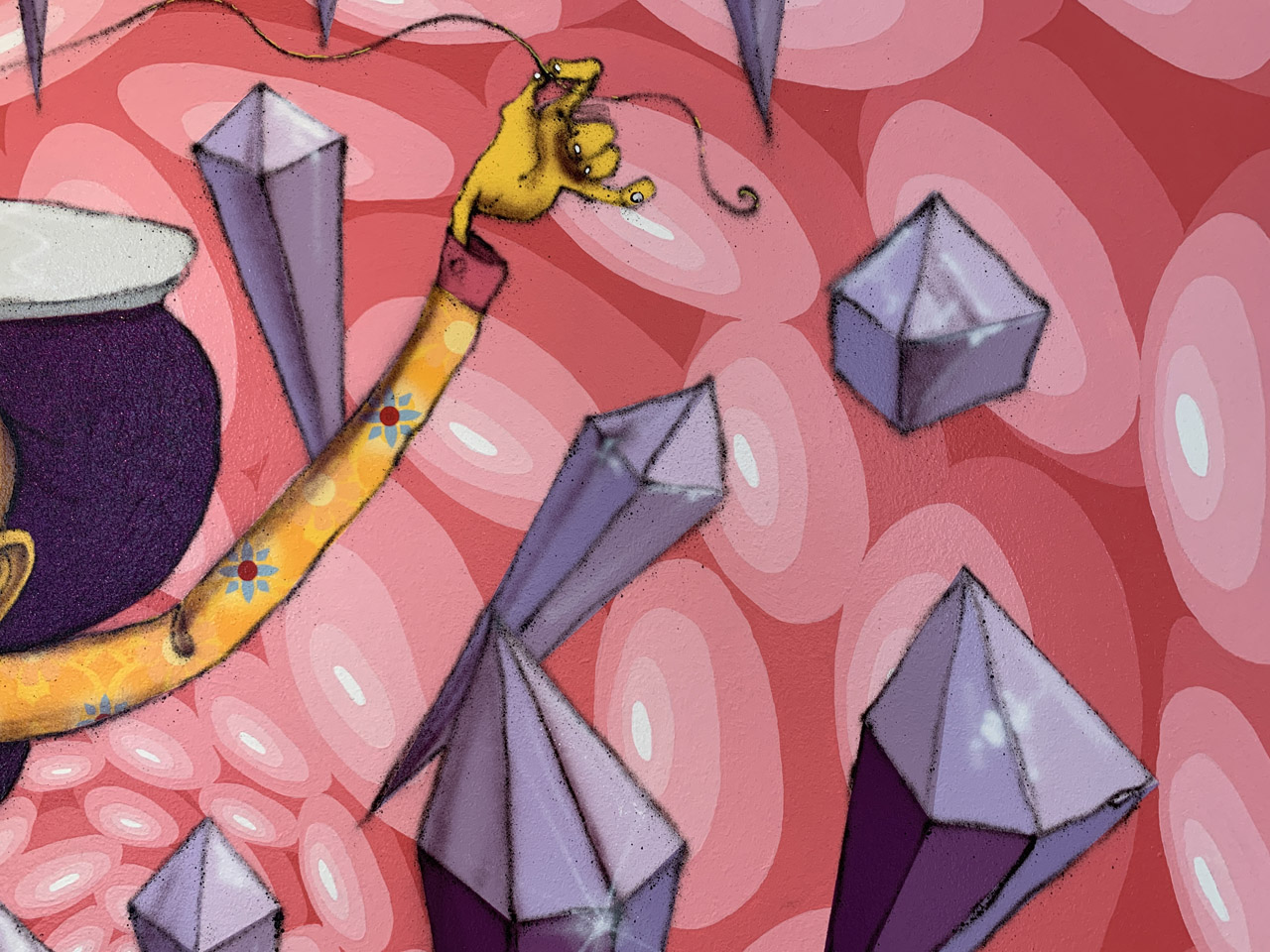 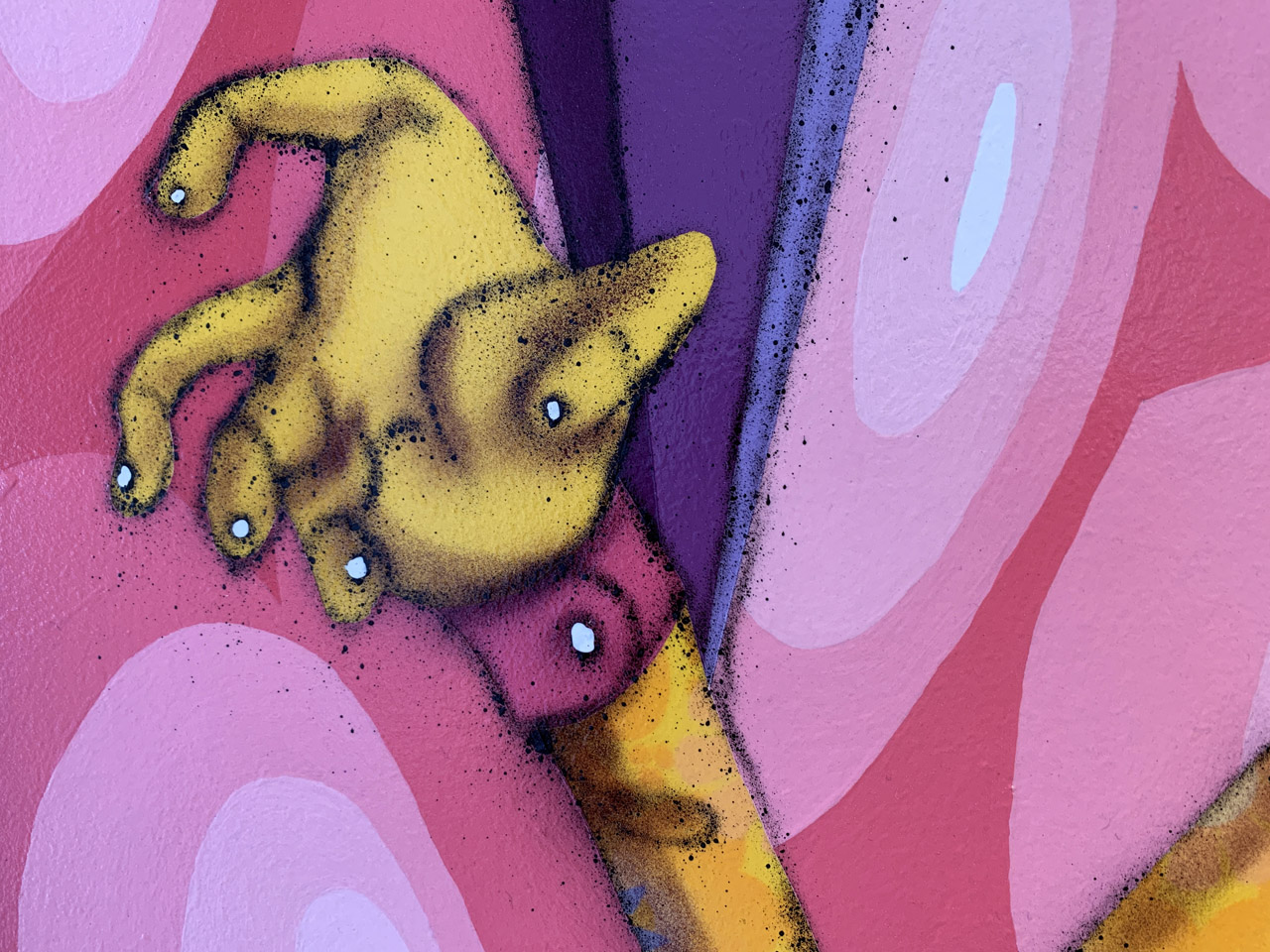 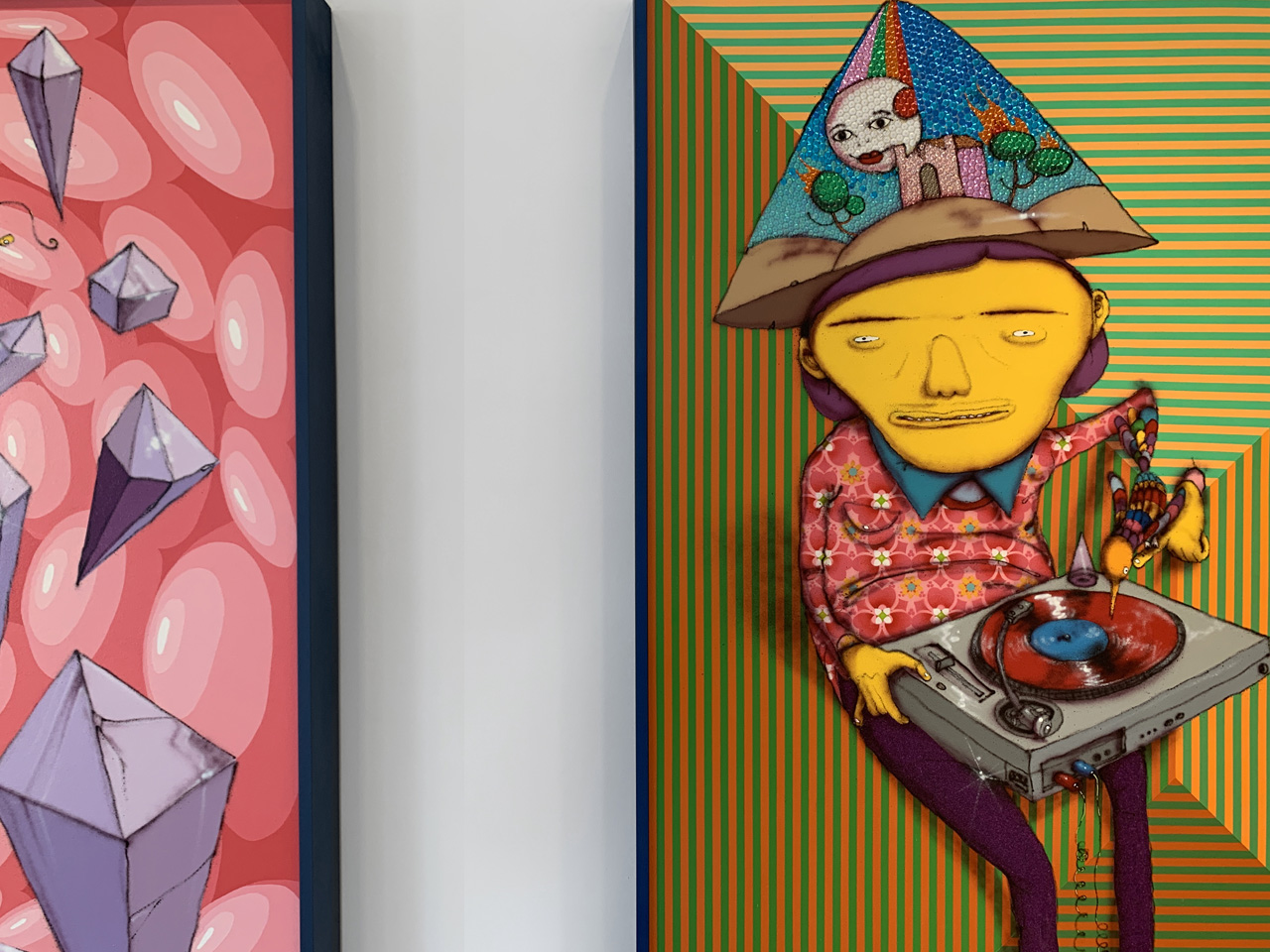 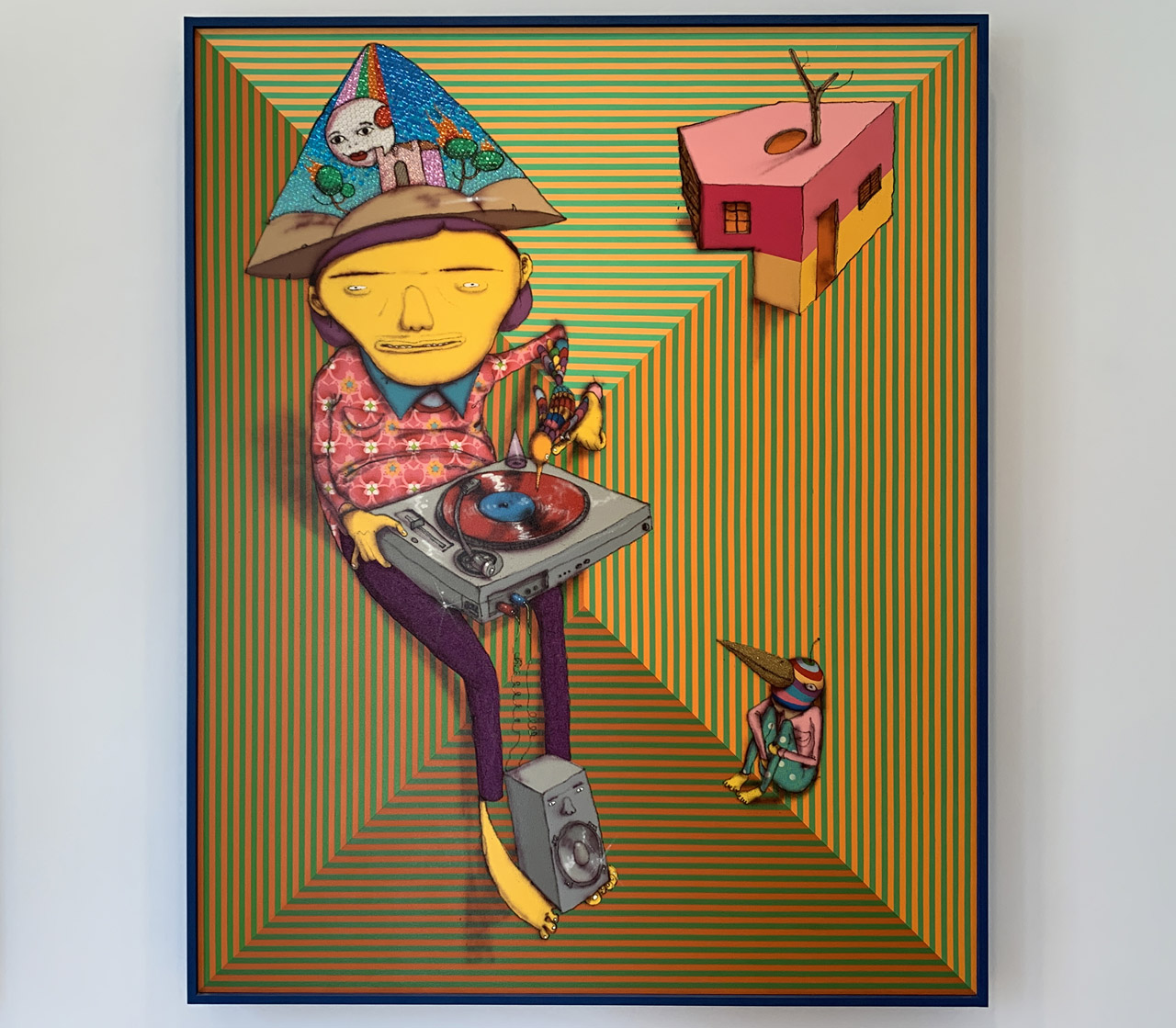 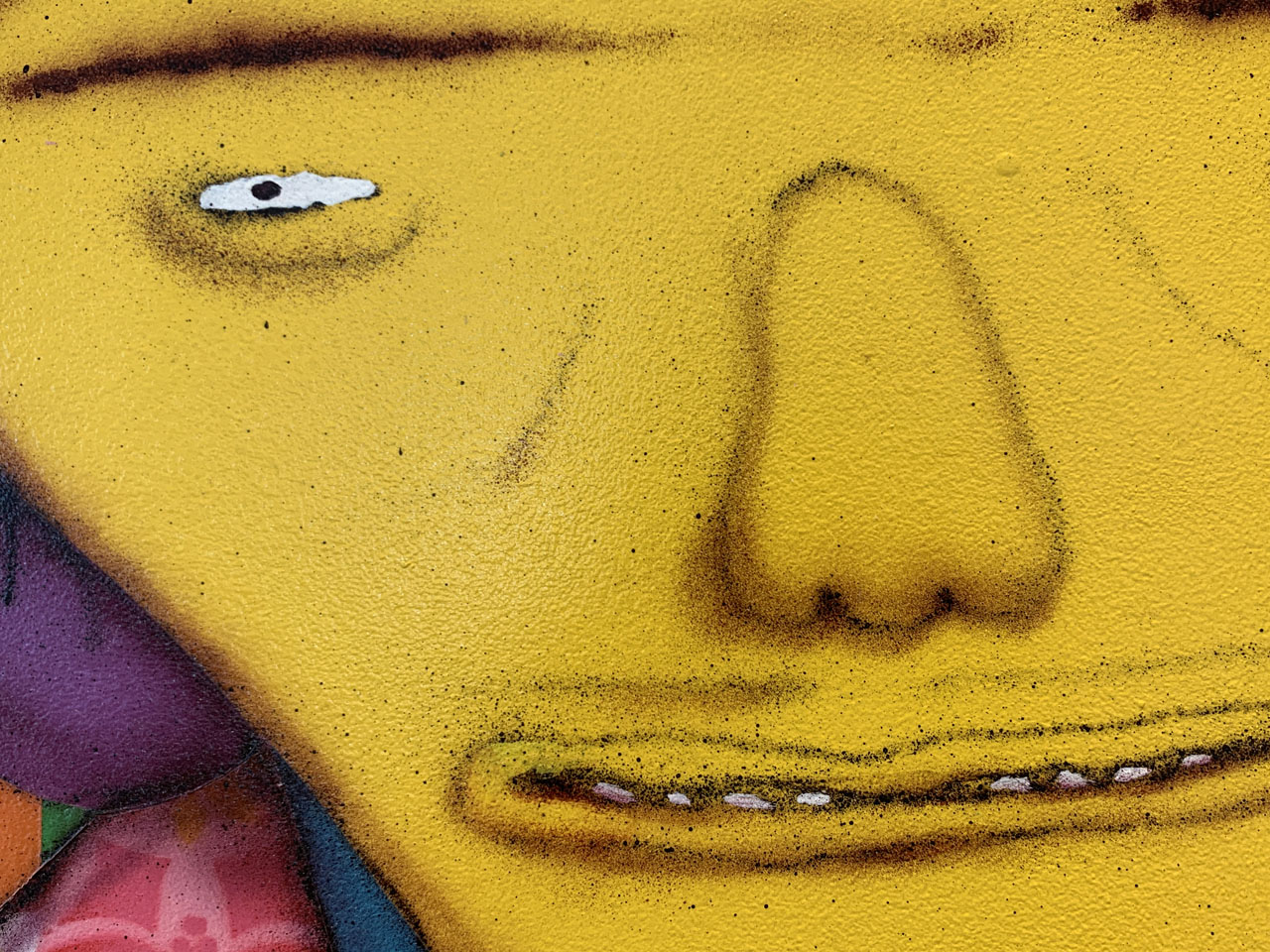