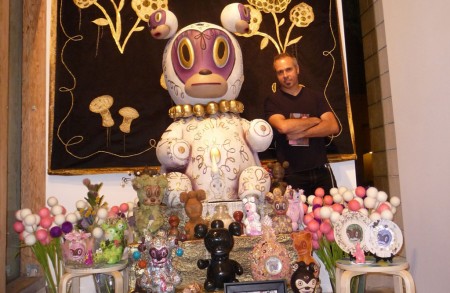 Corey Helford Gallery held a very special collector’s preview of Gary Basemanâ€™s latest exhibition “La Noche de la Fusion.” The amazing “Enlightened Chou” installation was more impressive, once assembled, than when we previewed it inÂ our studio visit. The installation is comprised of many Chous, each one is from a different country: Thailand, India, Mexico, Brazil, Russia. These Chous are Baseman’s way of breaking down the literal boundaries of the modern day countries.

The intimate opening was attended by some well-knowns such as Jonathan Levine, Natalia Fabia, Adam Wallcavage and Luke Chueh, to name a few. The private viewing was intended to give collectors of Baseman’s work a little room to mingle and take in the great paintings before the main event tonight from 6:30 – 11pm. Tonight’s extravaganza will be a full-on blowout with a festive “Carnivale” environment filled with games, fiery hula hoopers and even Brazilian Dancers/Drummers dressed in decadent costumes designed byÂ Baseman himself. Get there early as capacity will be limited.

Check out a surprise from Gary for the readers of AMÂ after the jump. 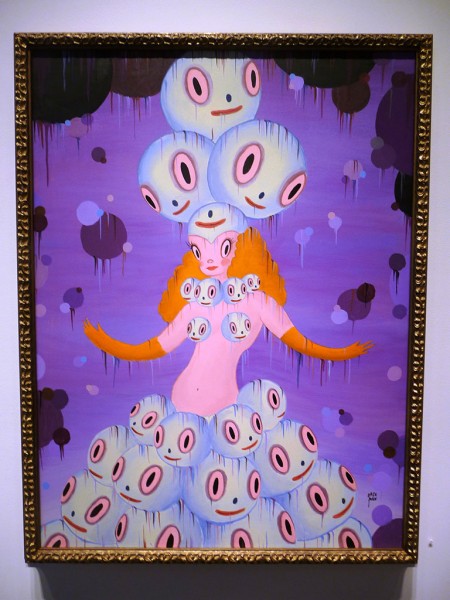 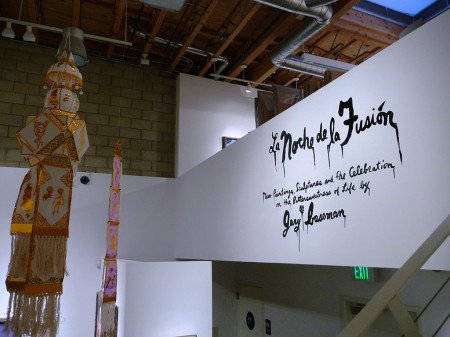 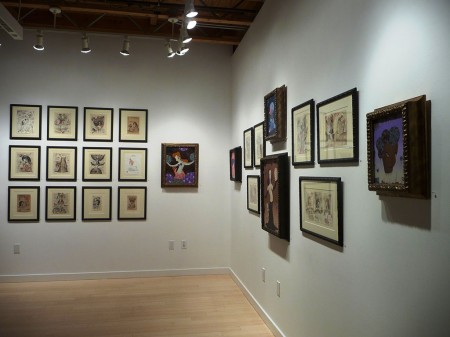 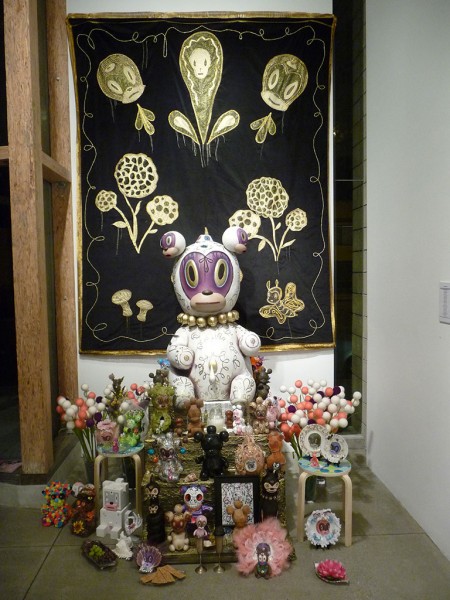 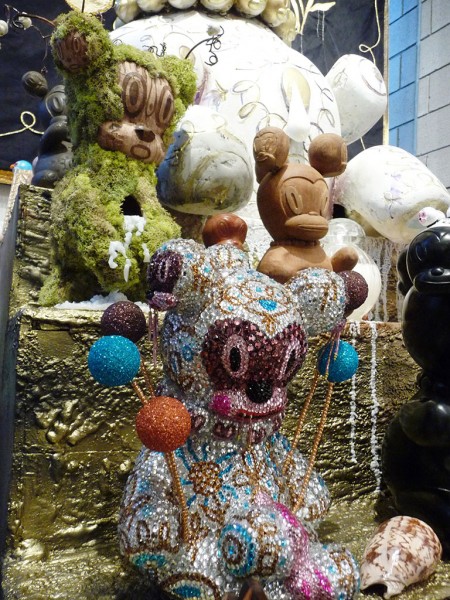 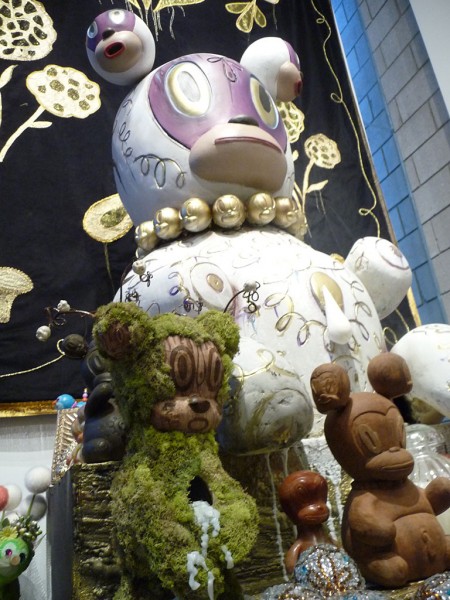 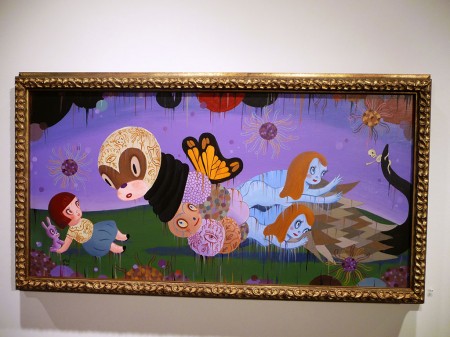 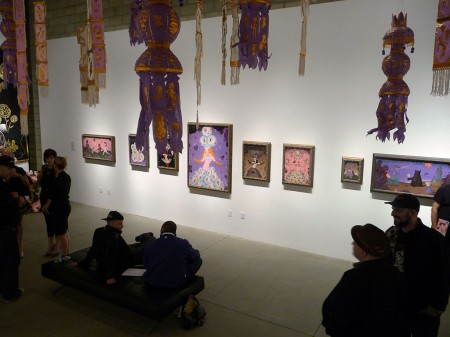 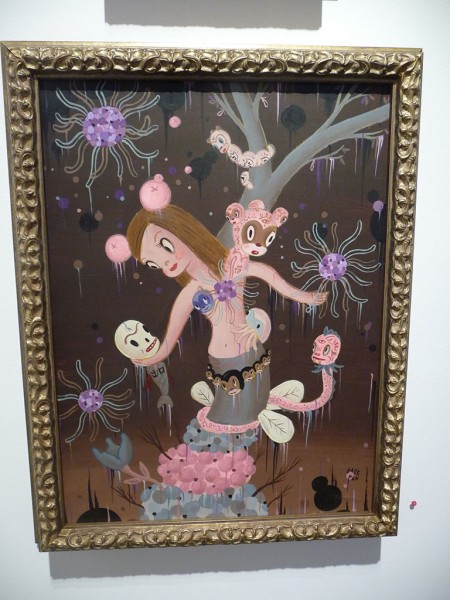 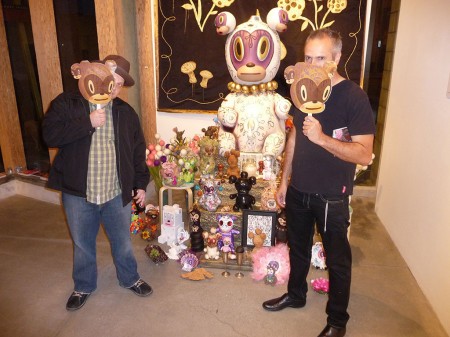 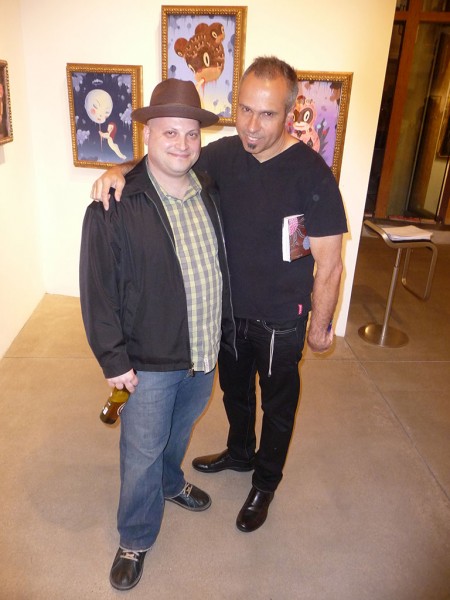 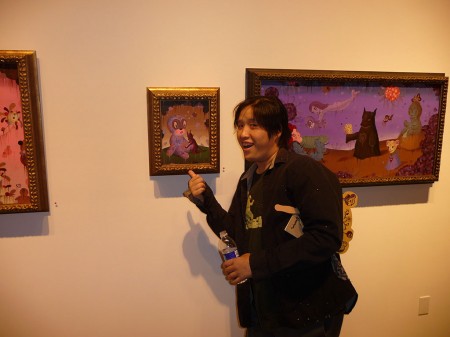 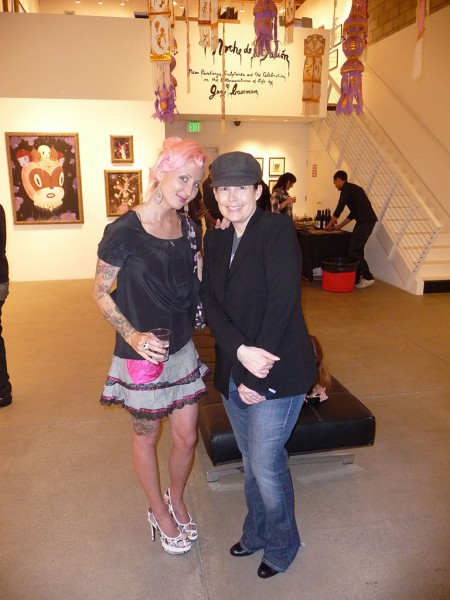 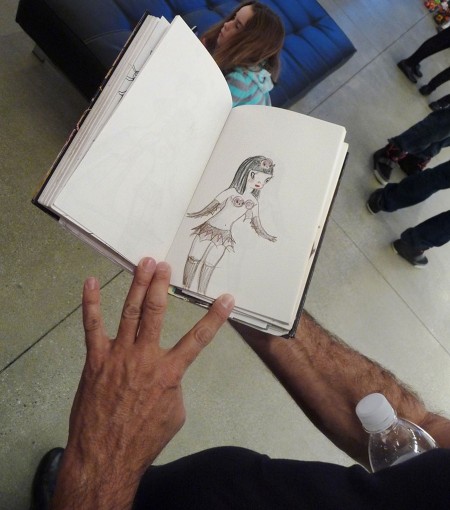 Sneak preview of the costumes for the opening night festivities 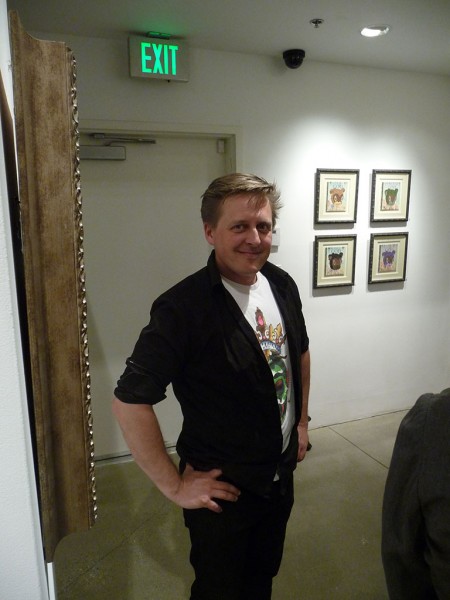 Gary took the time to do two drawings forÂ our readers.

-The first one will be given awayÂ to the first person to post a country that has an “Enlightened Chou” included in the installation.

-The second drawing will be given to the first reader to find a member of the AMÂ staff at the opening extravaganza tonight. 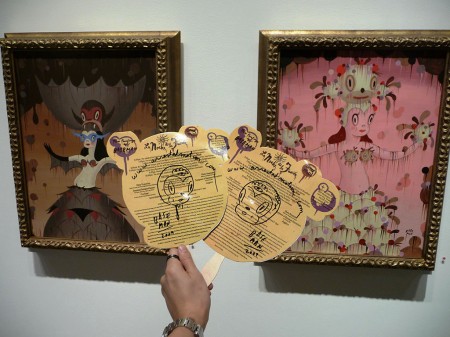 Come costumed as you perceive your TRUE SELF.

Sneak Preview of the costumes for the opening night festivities