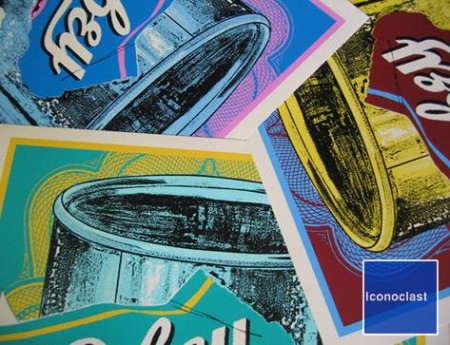 ObeyÂ and IconoclastÂ are bringing back the Soup Cans! Shepard FaireyÂ has designed three more colorways of his iconic “All City Propaganda” Soup Cans. The continuation of thisÂ amazing series will look awesomeÂ asÂ aÂ completed set. The price will be $250 for each printÂ in theÂ first batch and tiered higher as the release moves toward selling out.

The first colorway of the new soup cans will be released in conjunction with the new Iconoclast website launch sometime in June, with the release of the two subsequent colors soon thereafter. The premiere of the new website will also feature some special releases of a few never before sold gems so get your F5 button ready. 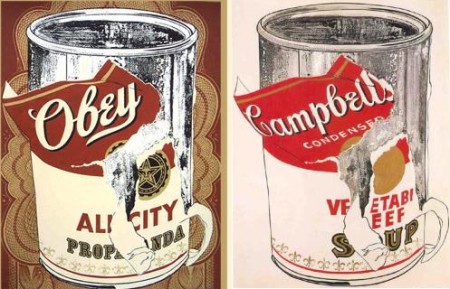 If you are fortunate enough to own the original Soup Can from Obey, Iconoclast is making a special offer to match you up with a full set with matching numbers. But hurry, they only can do so for a limited time! Contact them here.

Originally released in 2005 as a silk-screened edition of 200 from Iconoclast, Shepard Fairey designed this after Warhol’s famous “Big Torn Campbell Soup Can (Vegetable Beef).” We can’t wait to see how this complete set of Obey Soup Cans will look on someone’s wall.

Thanks to Ryan from Iconoclast forÂ the heads up.
Discuss Shepard Fairey here.