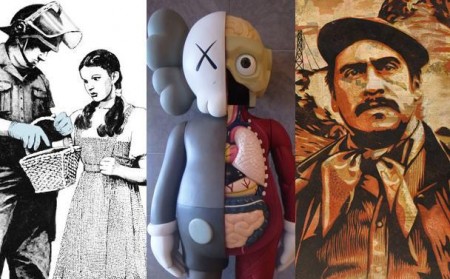 “Word on the street is…” How many times have we heard those words muttered? Well, in the past few weeks, we’ve heard a lot of chatter about some artists – mostly around 3 major players: Banksy, KAWS and Shepard Fairey. Mind you these are UNCONFIRMED reports from the RUMOR MILL. Read about all the speculation after the jump.

Banksy: He has a new show coming up possibly in his hometown of Bristol.Â And, it’s speculated that it’s going to be held this week… (one can dream right?)

Kaws: Last week the 4-foot Dissected Companions were released in Japan and sold out instantly. The Rumor Mill has heard that they are dropping this week in the US, maybe not online though.

Shepard Fairey: Whispers have been that Shepard has been picked up by the prestigious Deitch Gallery. After doing veryÂ well in the recent Sothebyâ€™s contemporary auction, it makes sense that Mr. Fairey makes a splash into the contemporary market with one of the premier taste makersÂ in the United States – Jeffery Deitch. With the world’s biggest art fair “Art Basel – Switzerland” opening officially today, we may find out very soon if this rumor has legs.

UPDATE… Scratch this one off the Rumor Mill and place it into Wikipedia. It’s been confirmed that Shepard is now showing with Deitch at Art Basel. Check out this new piece “Patagonia” that is showcased at the Deitch booth. (via TWBE) 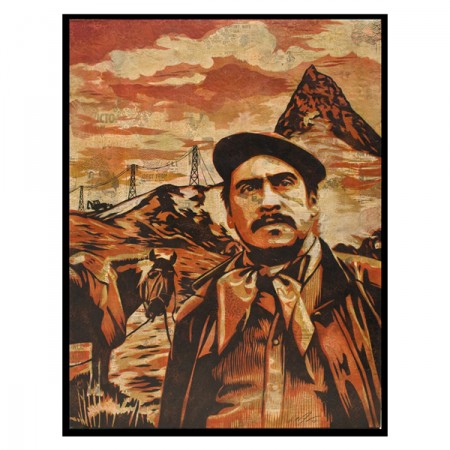