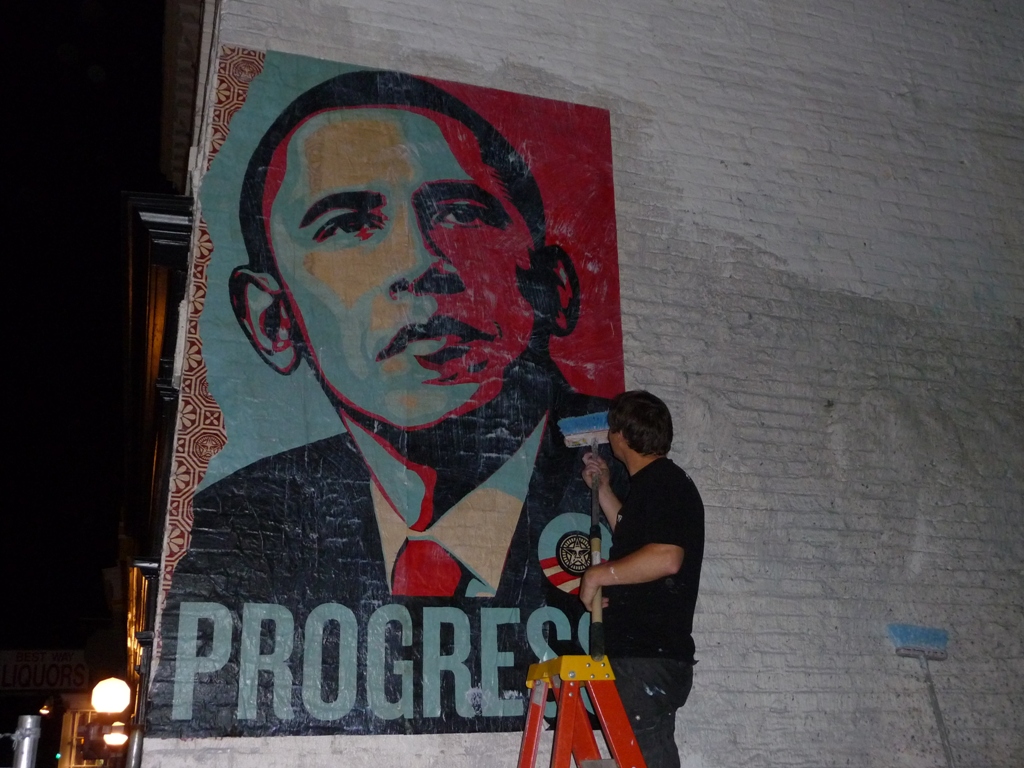 Last night, AM got invited to follow artist Shepard Fairey around Washington DC and watch him create a few murals at some prominent DC locations. Shepard and his boys hit the ground running Wednesday afternoon, even after a grueling cross country red-eye earlier in the morning. Painting the town Obey was Shepard’s goal.Â  He was the first person to roll up his sleeves to hit the wheatpaste, and was the last person to leave.

It was surreal to see Shepard create a brand new mural of his ICONIC Obama: Progress image in the heart of the U street corridor. Wasting no time at all, Shepard grabbed a brush and jumped right to the very top of the ladder exclaiming: “pass up the pasters!” A few moments later, I was asked hold the ladder and it was ON…Â  Fast forward an hour, I found myself with a sticky/slimy brush in my hands and wheatpaste all over my jeans and Nikes. The end result… an urban masterpiece.

Read more and see the pictures from Shepard’s night in DC after the jump. 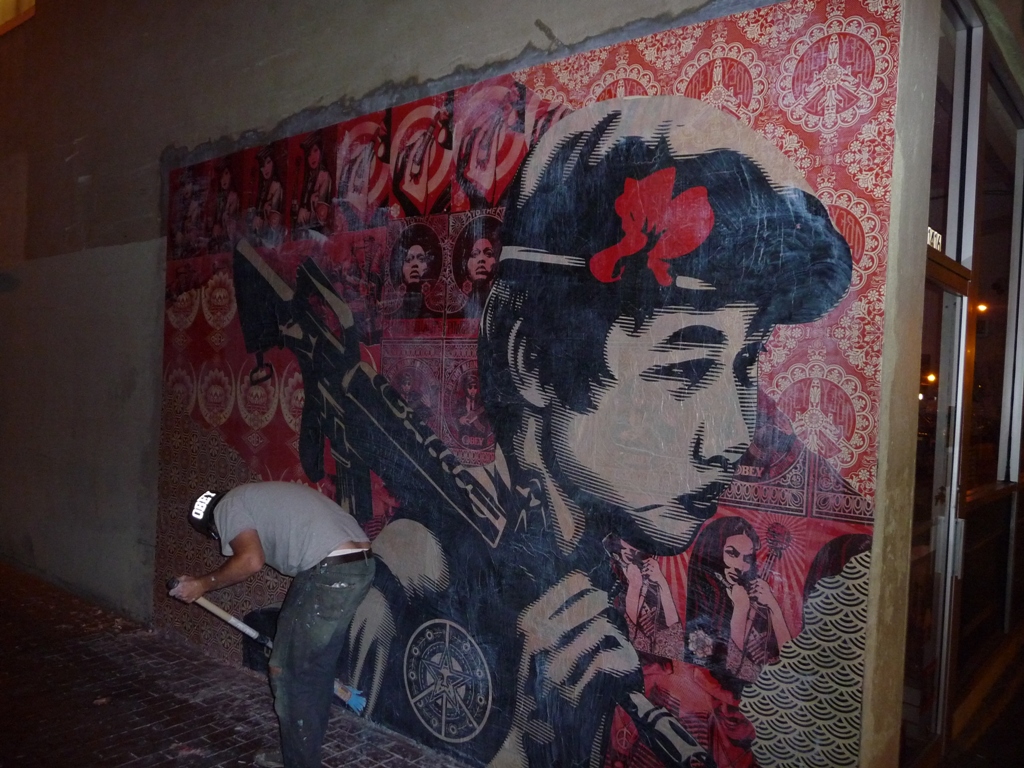 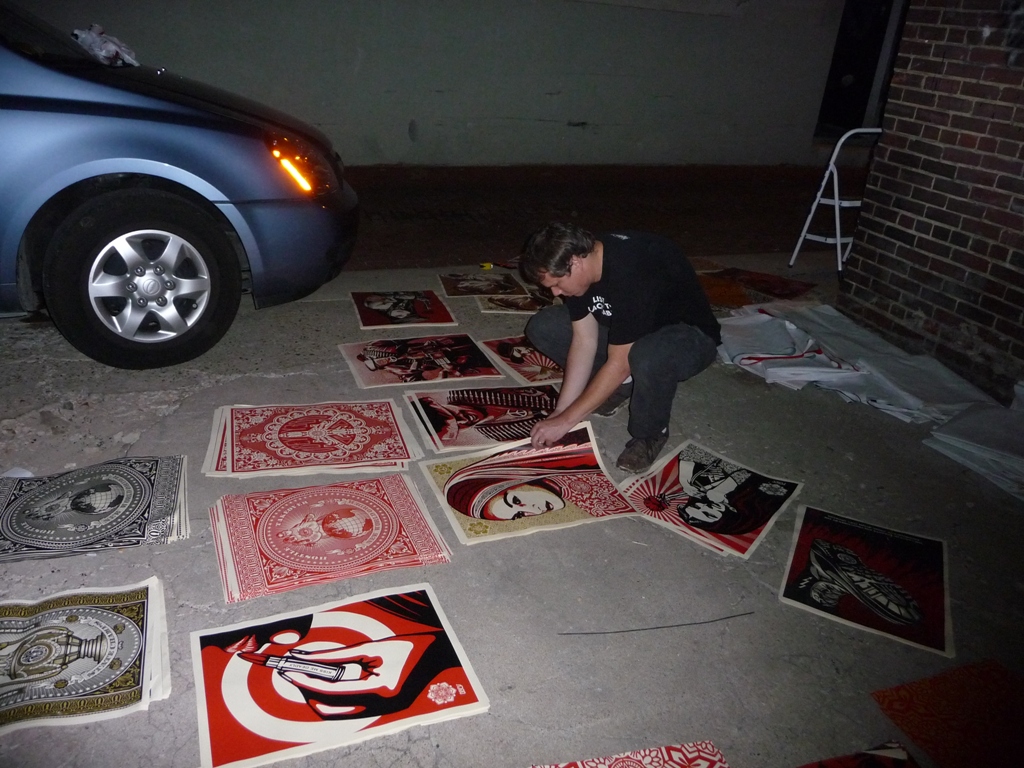 It was funny to see everyone looking around concerned every time sirens blared. That’s because normally Shepard is posting his pasters up guerrilla-style (aka: not legally). But this time, Martin Irvine (owner of Irvine contemporary) actually helped secure legal wallspace throughout DC. Stated Martin: “the building owners were excited to donate space and have Shepard’s work on their walls.” 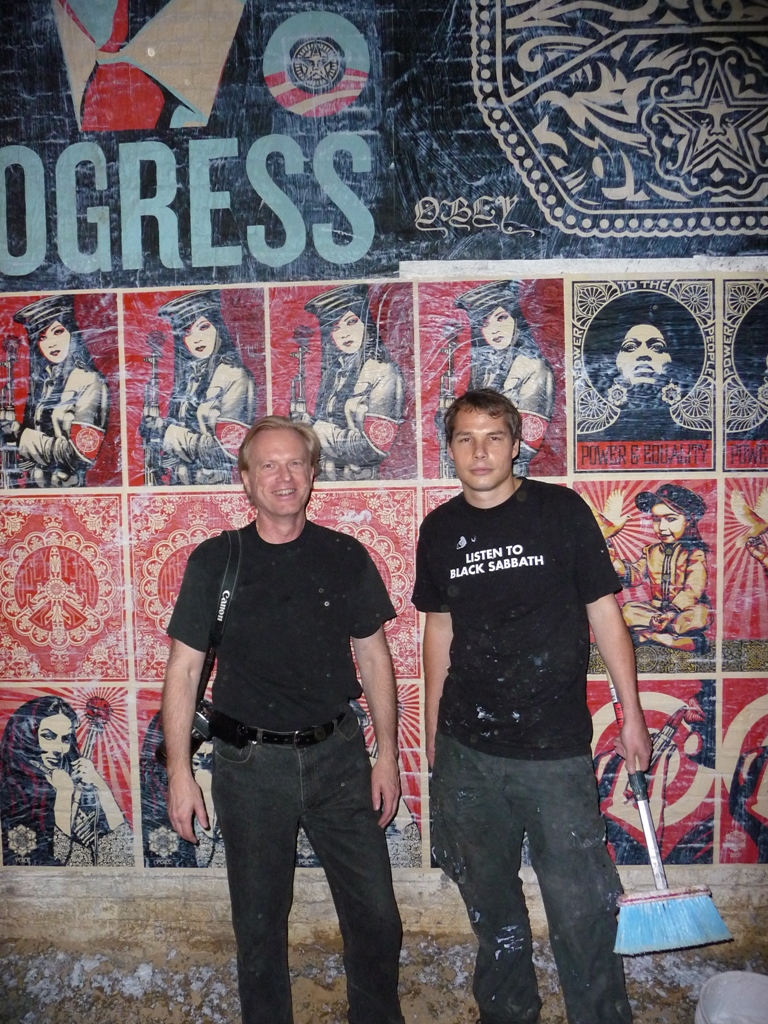 The timing couldn’t be better – an iconic political image in the heart of America, just two weeks away from the presidential election. If you are in Washington DC this weekend, do yourself a favor and check out his dialogue at the Corcoran Museum and his show opening at the Irvine Contemporary on Saturday. After DC, Shepard and crew go to Boston to make a little “Progress” in Bean town…

Shepard talking with a person wearing an unofficial Obama shirt

A little to the right…

A little to the left

Before Mural (2 hours before)

Covered in Obey chowder… initiation into the Posse isn’t easy.