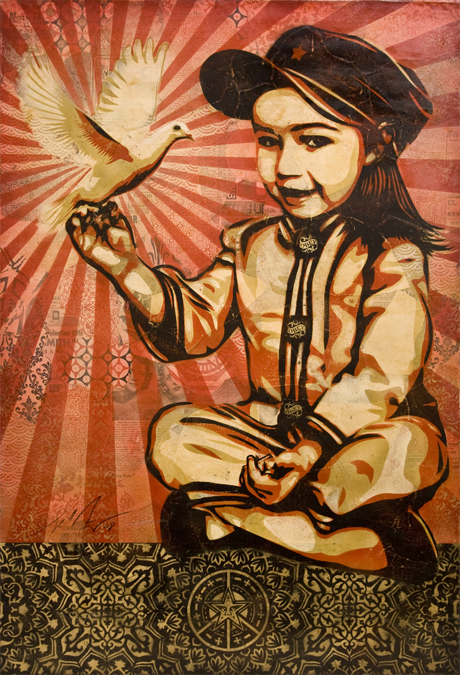 Continuing with our coverage of Shepard Fairey’s pending trip to DC, we now have the images that will be exhibited at the Regime Change Starts at Home show at the Irvine Contemporary Gallery.Â  Shepard will have 9 new paintings and collage on paper pieces for the exhibition.Â  Included is the LAST of three unique hand stenciled collaged portraits of Barack Obama’s campaign icon: “Hope”.

The show opens October 18thÂ  (6-9 pm) with an afterparty by invitation to follow (10-12 pm) with all 3 artists: Shepard Fairey, Al Farrow, and Paul D. Miller in attendance.Â  Get there early because there will be a line for the exclusive print for sale only at the exhibition!

If you will be inÂ DC the day before, be sure to check outÂ Shepard speaking at the Corcoran Museum.Â  More show details and pictures of the entire show after the jump.

– Duality of Humanity series: Based partially on Stanley Kubrick’s Full Metal Jacket and photos from Al Rockoff. Duality images depict the conflicting themes that many face. 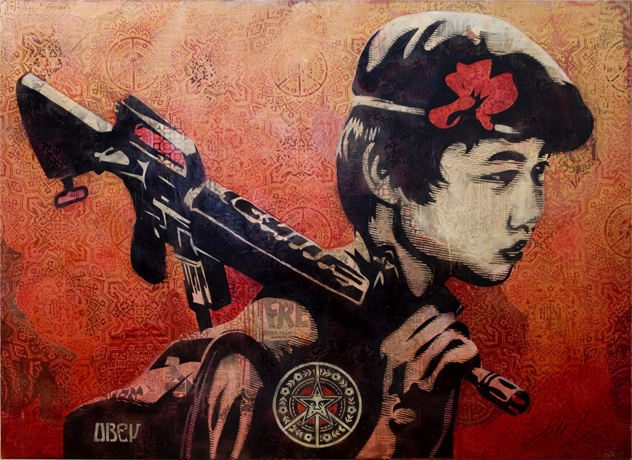 – The message ofÂ hope coming from the possible political change from the coming election. 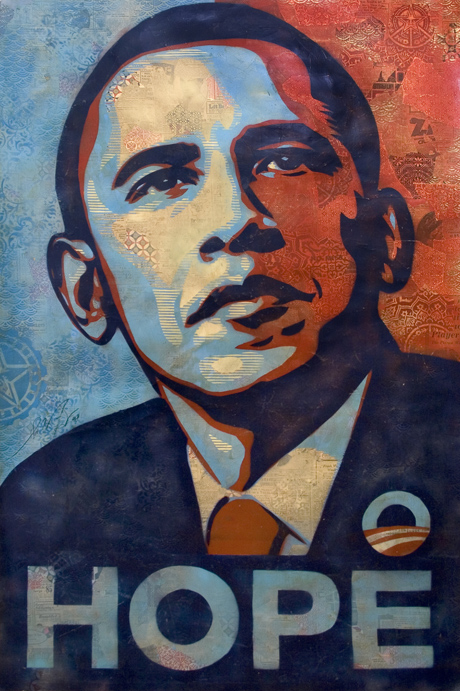 Stay tuned as AM will also be on-site to bring you exclusive pictures and content from the show.