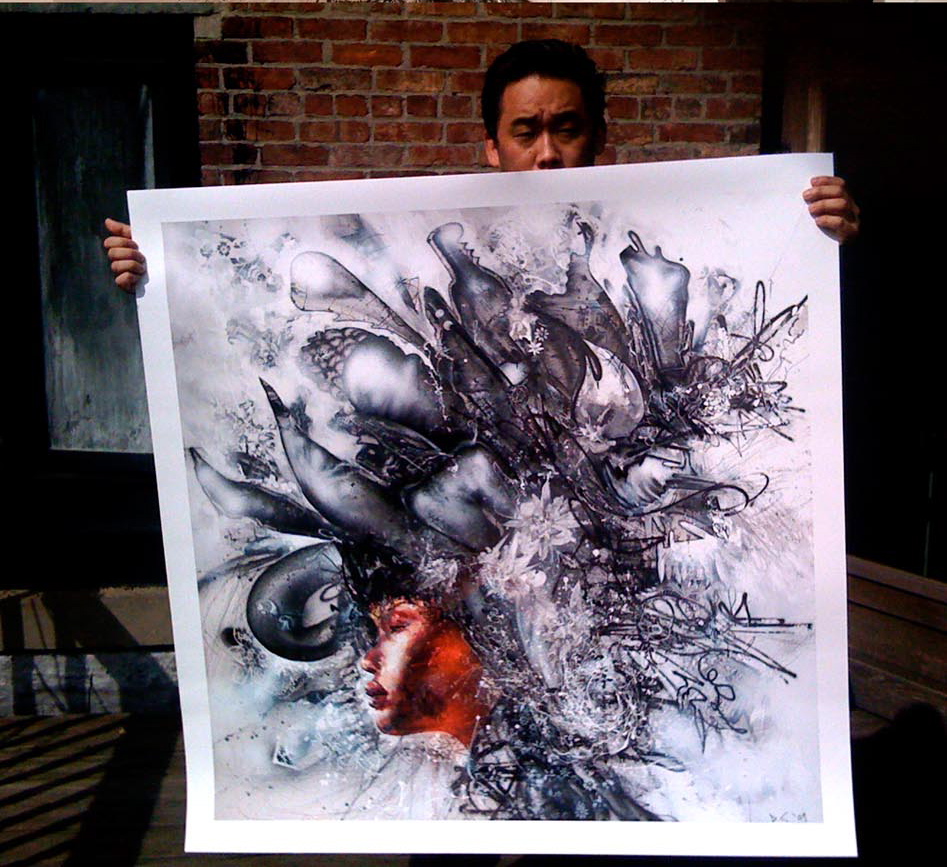 Remember that show-stopper piece that David Choe painted in April for his solo show in China (covered)?Â  Apparently, he has decided to release a print of of the stunning “Death Blossom.”Â  It looks like this limited edition will be available for that Giant Robot Biennale 2 show at the Japanese American National Museum (JANM) next month that we told you about.

To get an idea of how large that original painting was, take a look at Choe next it as well as check out his show card for the JAMN; all after the jump… 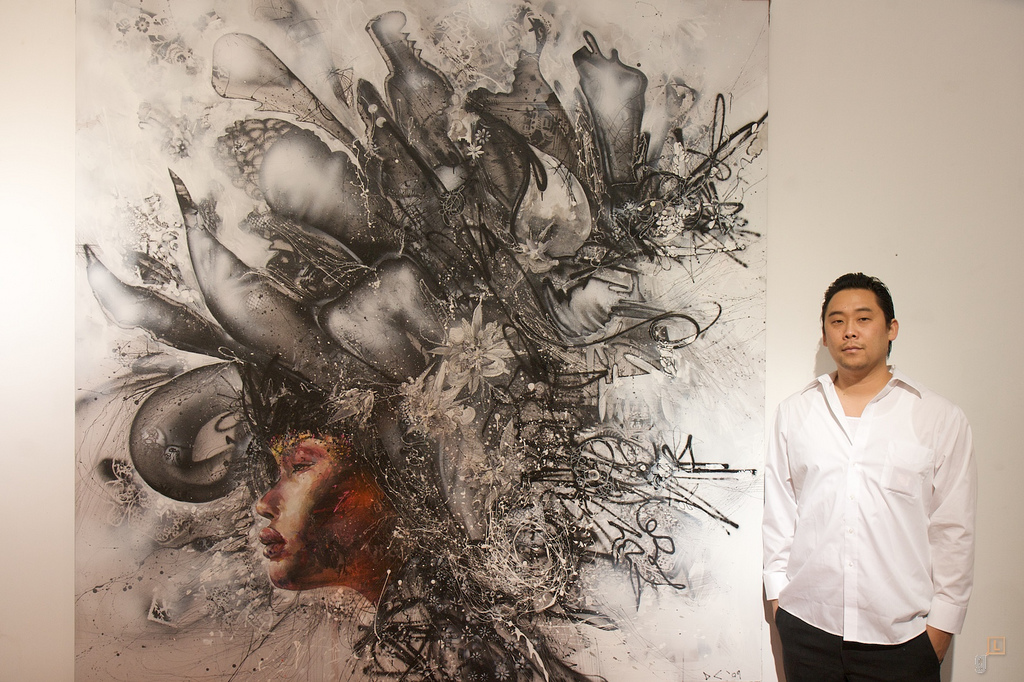 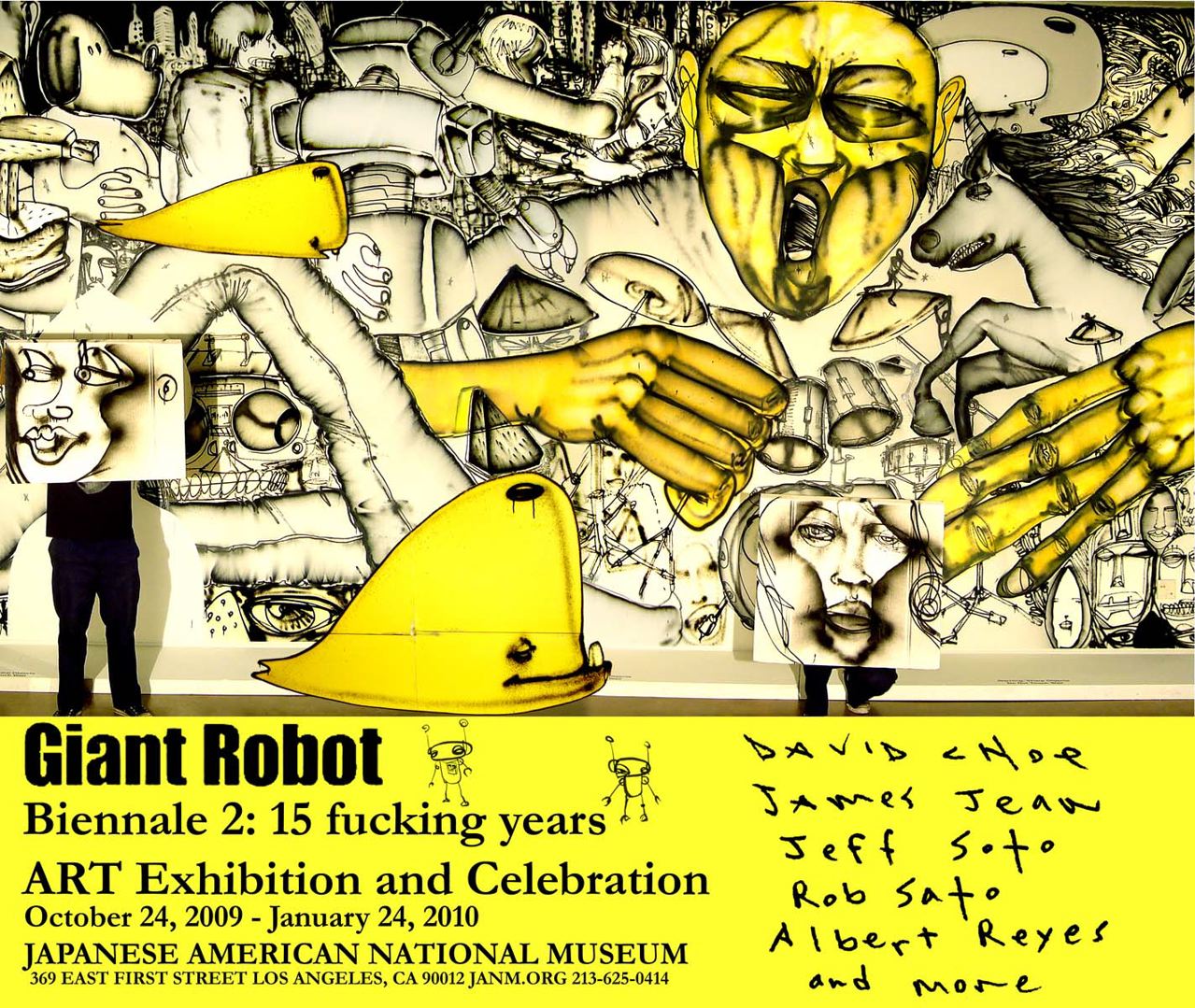