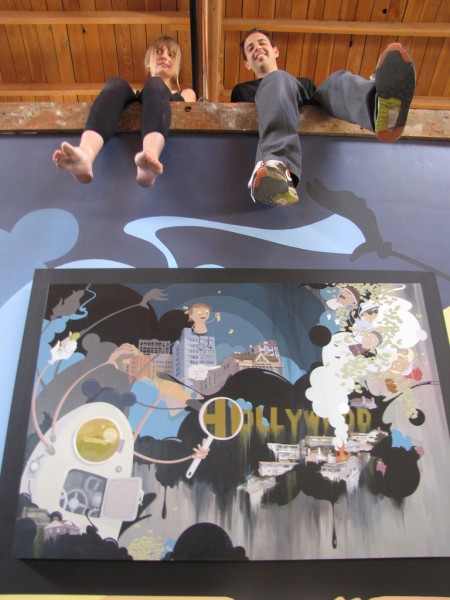 AM had the opportunity to sit down with the recently transplanted Australian duo of Dabs and Myla – a couple of artists that we’ve had our eye on for a while.  Their wondrously complex yet easily accessible paintings and murals are the result of years of collaboration as well as a seemingly near-psychic connection found only in the strongest of couples.  While Dabs creates the characters, Myla renders the washed out backgrounds and intricate cityscapes.  Their individual voices harmonize together with near symphonic results, the sum being much greater than, and almost unattainable without, the individual parts.

The couple, who has been living stateside for only a few months, have been making the most of their time. In addition to upcoming shows at Thinkspace and participation in Logan Hick’s Primary Flight, Dabs and Myla have created an impressive new body of work as well as a massive indoor mural for their upcoming solo show, “The Golden Age.”  As an added bonus, this Friday’s opening will also feature a group show curated by the couple featuring guest artists like Greg “Craola” Simkins (featured), Luke Chueh (interviewed), Logan Hicks (interviewed) and Paul Chatem (to name a few).  “The Golden Age” goes down (under) this Friday the 13th at New Puppy Gallery in Los Angeles. 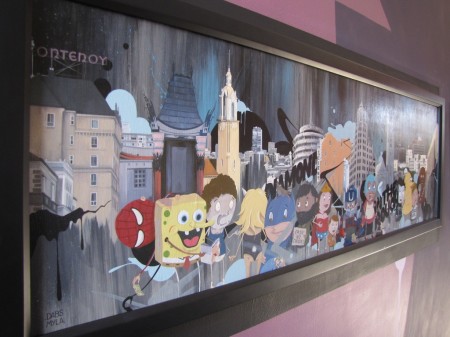 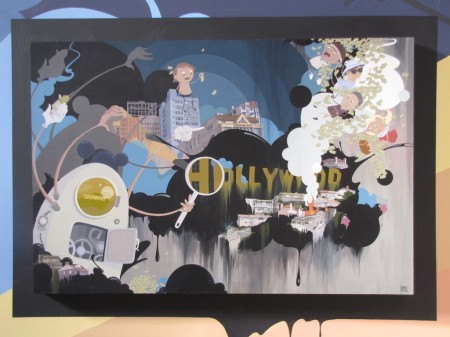 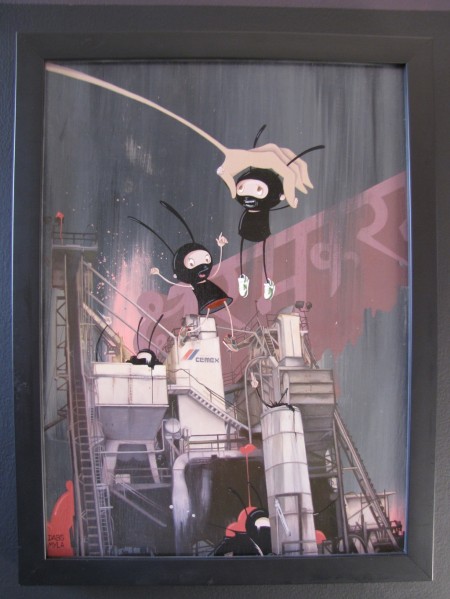 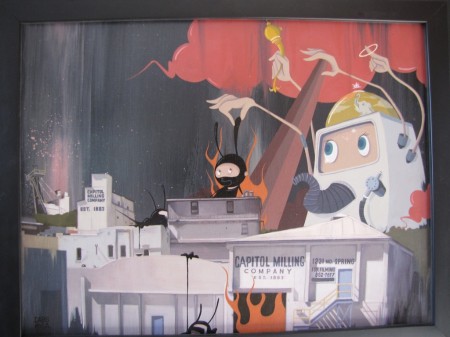 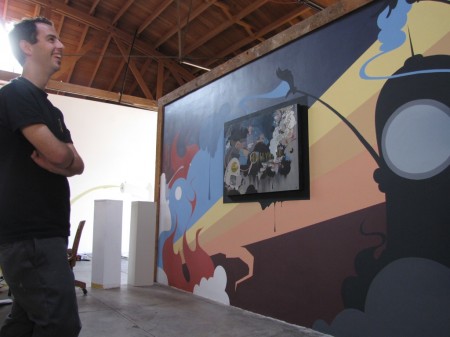 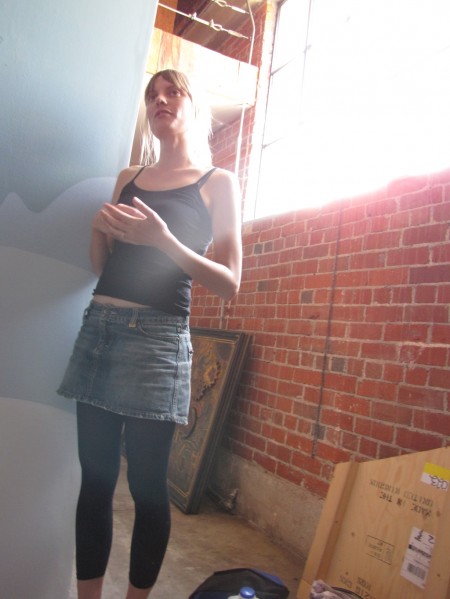