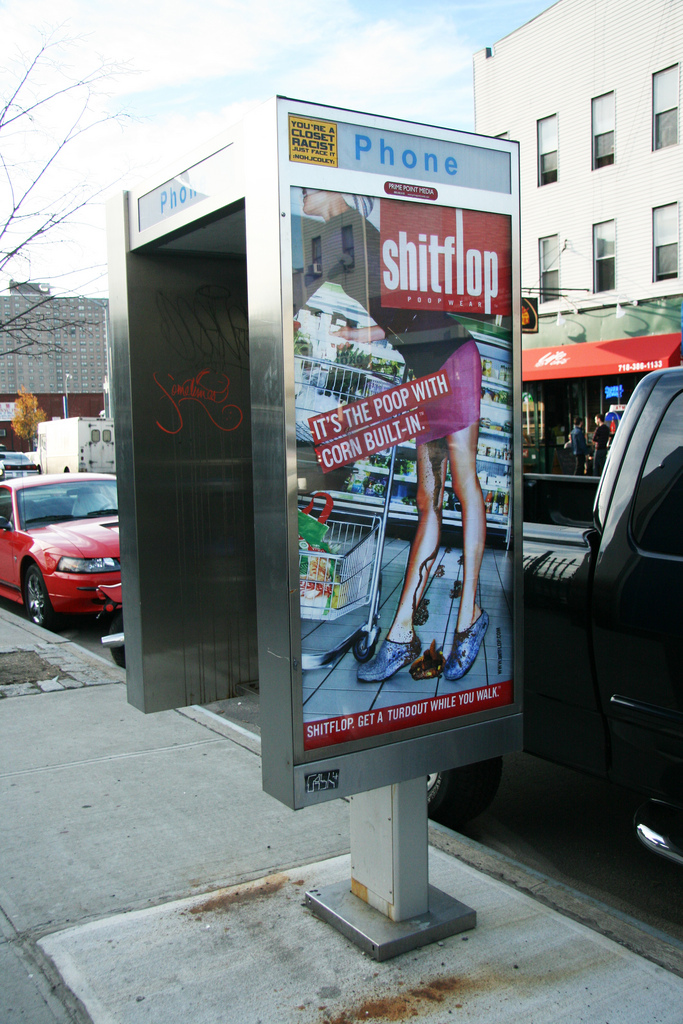 Things have been pretty quiet for Poster Boy since his show with the Neo-Con Collective at the Carmichael Gallery in April (covered). But, a couple new pieces have shown up in New York where he teamed up with the Decapitator to “modify” a some phonebooth ads.

Another example of how they feel about advertising after the jump. 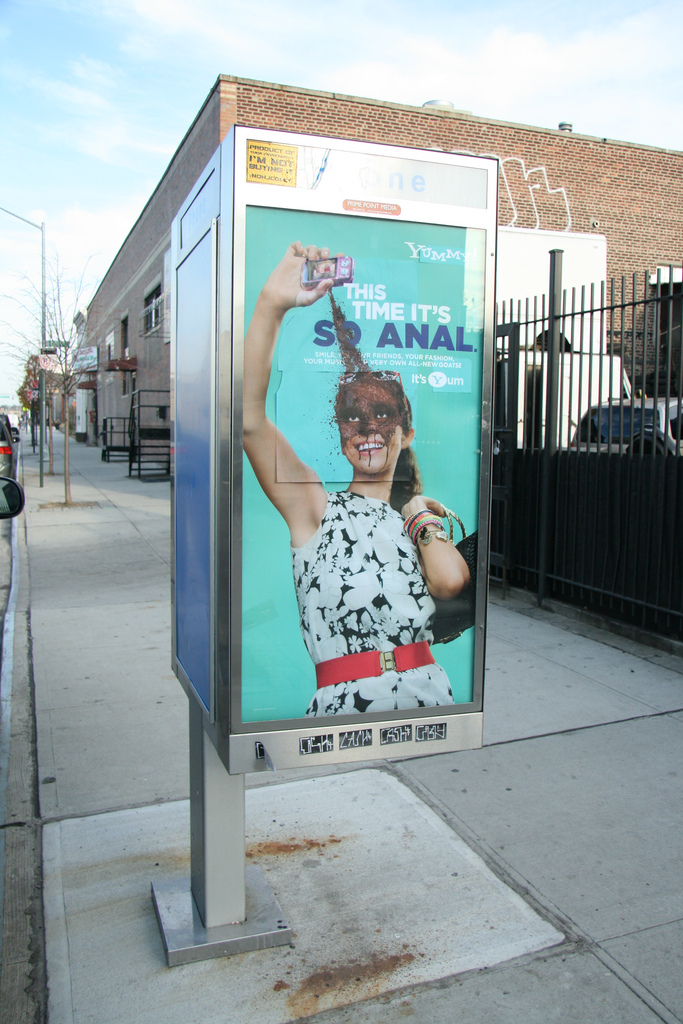 Story via Animal.
Photos via sabeth718.