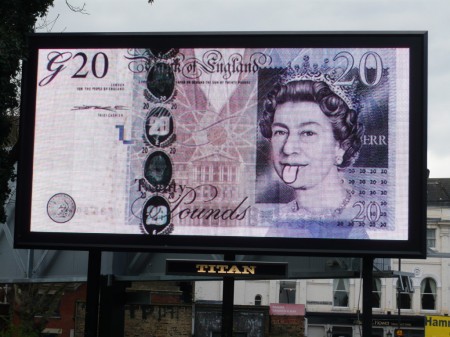 Originally thought to be an April Fool’s joke, United Kingdom street artist D*Face had the last laugh when he released a 20 pound sterling note remixed in his signature 80’s punk and skate inspired style on over ten digital billboards throughout the city in protest of the G-20 London Summit.

Were the advertisements paid for or did D*Face hack into the computer systems controlling the billboards? A message on D*Face’s website reads: “No fools day. Where there’s a will there’s a way. Catch them before they pull the plug if they haven’t already…” Either way, a pretty rad stunt.

Images of the other billboard variations after the jump. 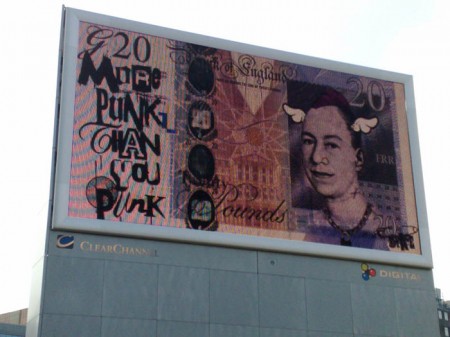 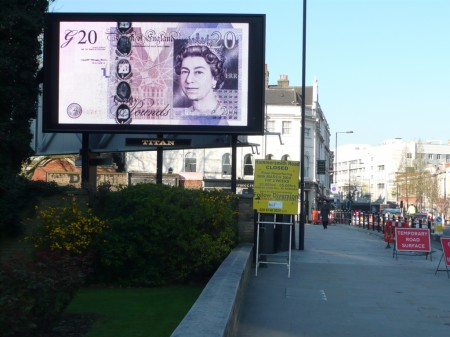 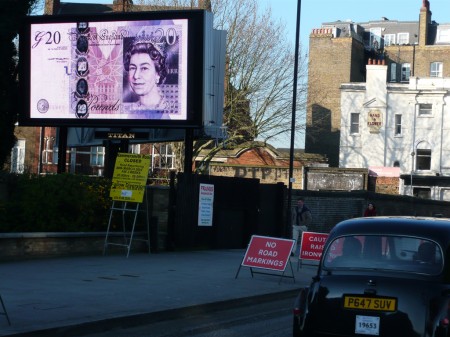 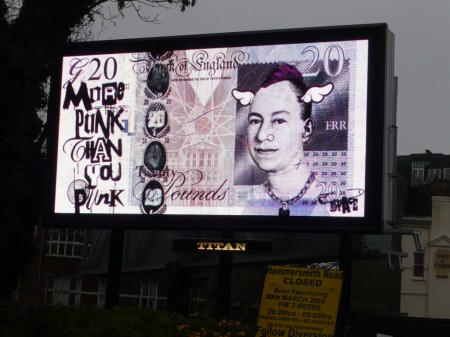