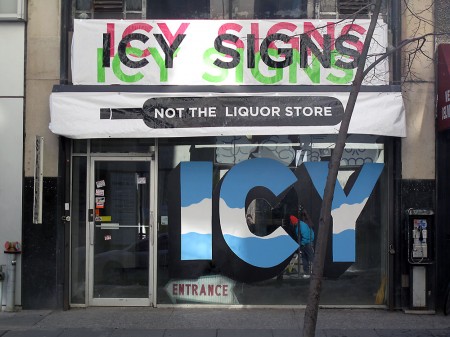 When we were in Philly to check out Steve “ESPO ICY” Powers’ amazing “Love Letter” mural project (covered), we stopped by his center city headquarters to chat with the man himself and get a behind-the-scenes look at his work and creative process. Similar to Powers’ previous Coney Island studio opened in conjunction with Creative Time’s Dreamland Artists Club, his Philadelphia space is part studio, part working sign shop and part neighborhood hangout. With every wall covered with ephemera, art, jokes and junk, it’s clear that Steve draws inspiration from a wide range of sources and then cannot contain the flood of ideas to his brain. 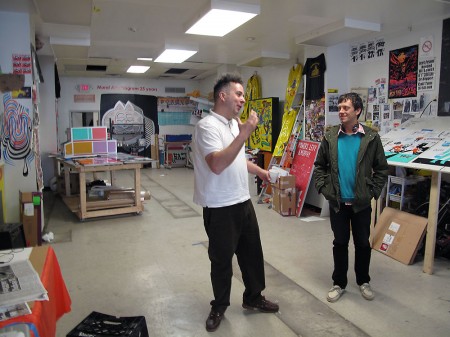 ESPO and friends were hanging when we arrived, and after a bit, we took a brief look around. Lining one wall, was a case filled with sketches, photos and concepts for Love Letter, and on the opposite wall, what looked like a shrine to graffiti writers from back in the day. 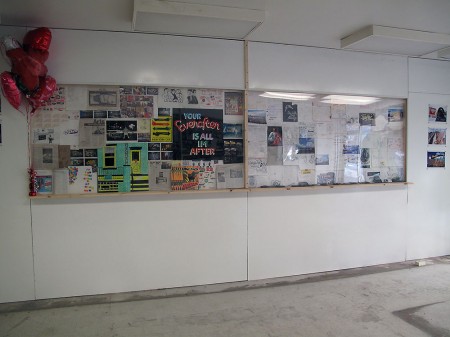 wall of ideas and sketches for Love Letter

And on one of the work tables was a few new metal pieces still awaiting some finishing touches. On display on another table was a classic series of metal pieces, recently returned from the Beautiful Losers touring show, depicting the life, death and rebirth of Superfeen. 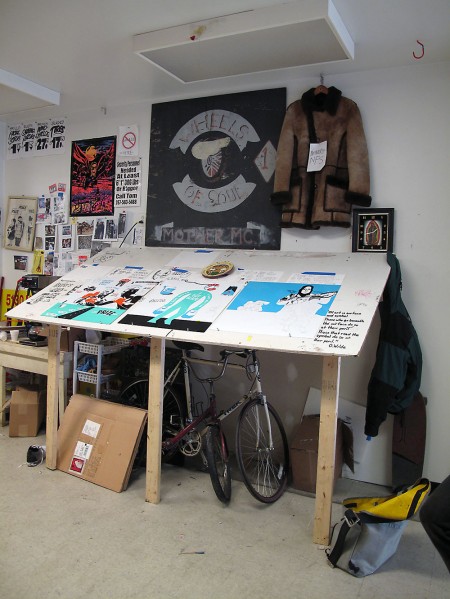 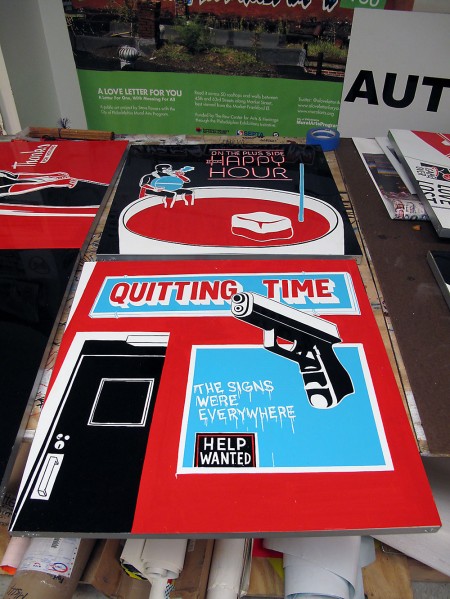