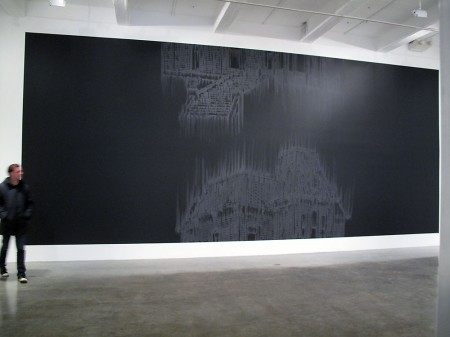 Continuing on with our walking tour of Chelsea (see part 1 from yesterday here), we stopped at Metro Pictures on 24th Street to see “Midnight Madness,” the latest show by painter Gary Simmons. Simmons’ “erasure” style – he uses oil paint, pigment and cold wax to produce ghostly smeared images on textured backgrounds – works perfectly with his current theme: horror-movie houses and old theater marquees. His rendering of the Bates House from Hitchcock’s 1960 classic “Psycho” (pictured above) was particularly effective: huge and looming, but ethereal, and split like an old mistimed movie reel. 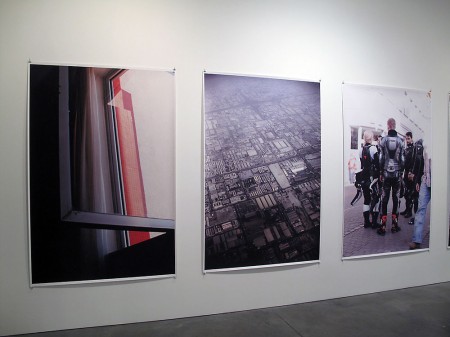 Making our way down the block, we found the new show by German photographer Wolfgang Tillmans at Andrea Rosen Gallery. Walking into the space, it appeared more like an open studio than a gallery show. Dozens of prints of every size were affixed directly and seemingly randomly to the walls. And there was no discernible theme to the subject matter – a man sitting in front of computer, a female track runner, stacked crates of eggs – as if the artist had not yet gone through the selection process to whittle down his images for exhibition. But what could be mistakenly chalked up to an apparent lack of sophistication of display and concept is instead exactly Tillman’s intent – a remark on the deluge of images and information we all experience almost continuously in the current digital, global world. 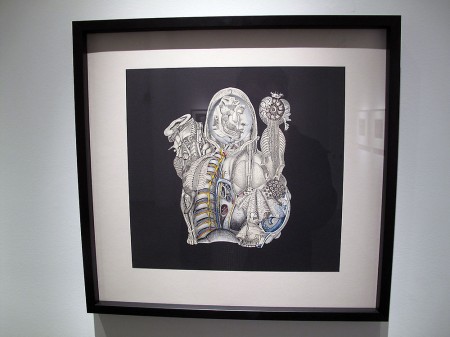 Further on was “Circumnavigation,” a survey of works by the late Frederick Sommer at Bruce Silverstein Gallery. Sommer was well-known for his photography, but was also an accomplished artist in other mediums such as painting, drawing and collage, as well as being a writer of poetry and prose. We were particularly taken by Sommer’s collages of medical illustrations, which brought to mind scientific texts from other worlds. 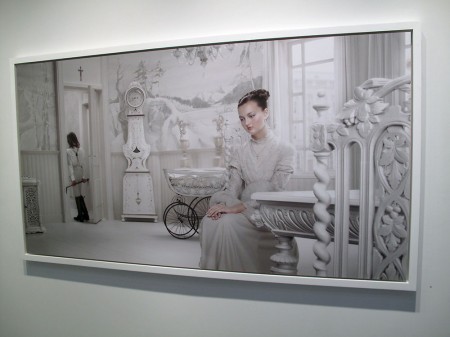 And, on display at Halsted Hunt Kraeutler was Dutch photgrapher Erwin Olaf‘s “Hotel, Dawn & Dusk.” Olaf creates ornate and highly stylized sets to produce striking and immaculate images that fall in the intersection of visual art, fashion and film. 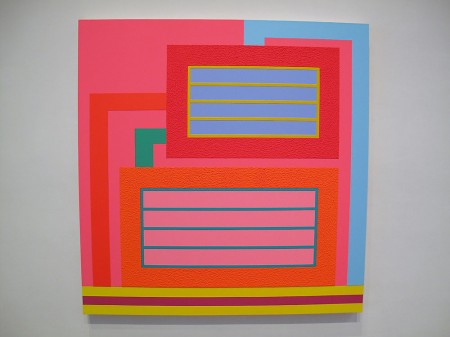 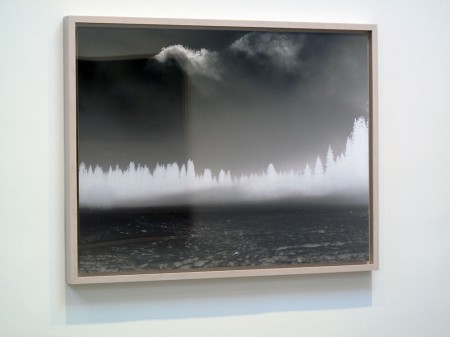 Walking North to 25th, we took in the exhibition of recent large-scale photographs by Richard Misrach at Pace Wildenstein. Although the subject matter in the current show – mostly landscapes and seascapes – is common to Misrach, the style is a departure from his usual lush natural colors. Instead, he created these images by digitally inverting colors to their opposites, transforming the natural world into something unfamiliar. 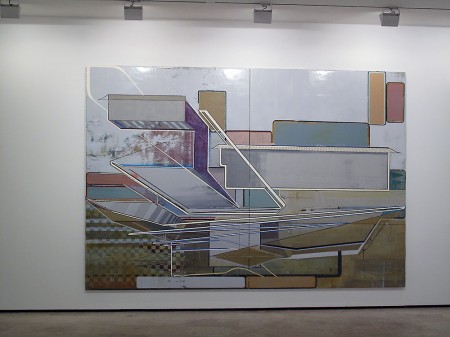 And finally, we ended our walking tour of Chelsea galleries at Lehman Maupin on 26th for the closing of Christian Hellmich’s show “The Array – Transfer/Domino.” The young Germain painter’s large abstract canvases are filled with hard-edged architectural forms, countered with soft-colored shapes. Hellmich eschews all representation and narrative, and instead focuses on the process of painting.

Hope you enjoyed this survey of the current shows in Chelsea.