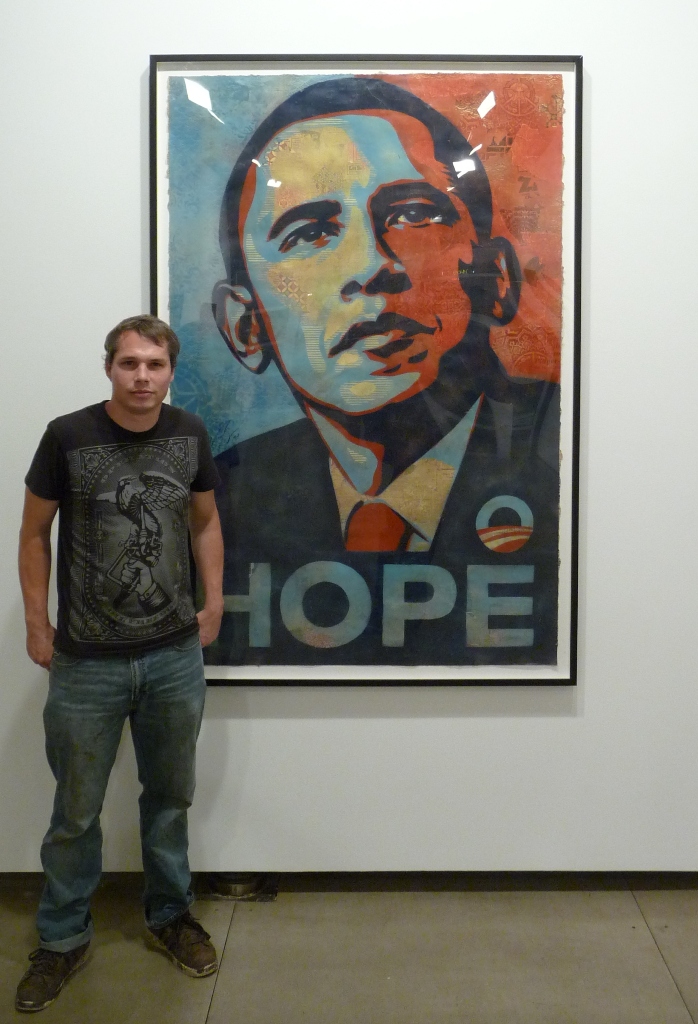 Shepard Fairey’s weekend in DC was very fruitful. He unveiled a new image:Â “VOTE“Â for Barack Obamaâ€™s Campaign, held aÂ dialogue at the Corcoran Museum, and showed at the Irvine Contemporary. AM got the breakdown on all the weekend events; including the exclusive after-party with DJ Diabetic himself. 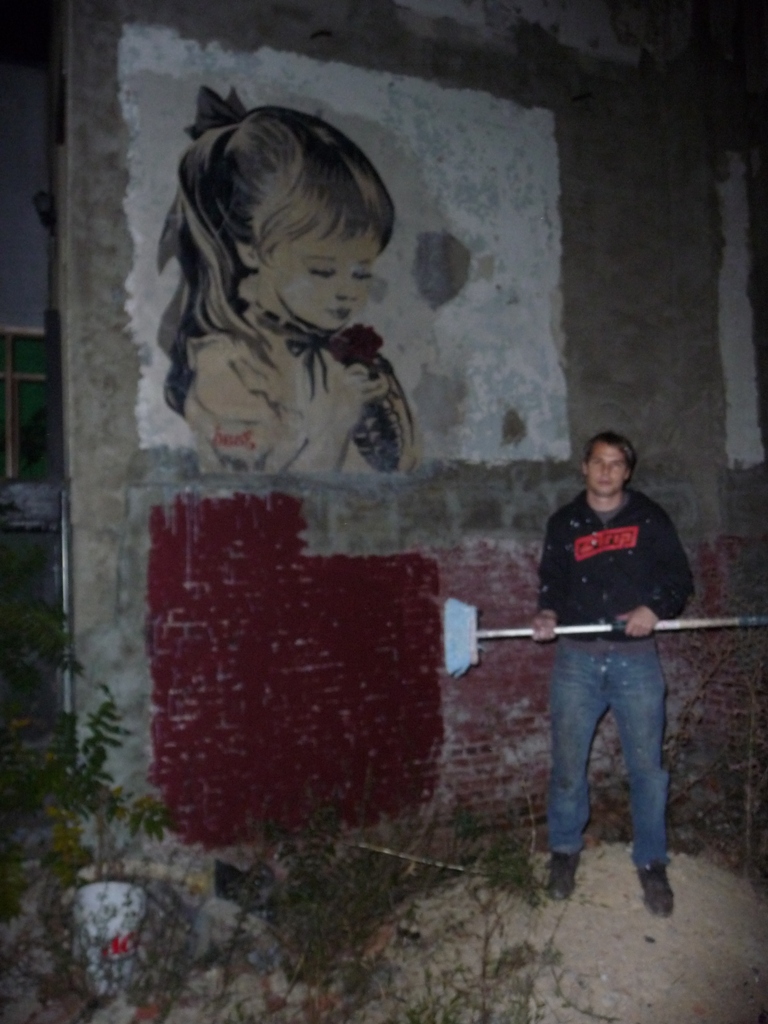 All the details, pictures and special surprise await after the jump. 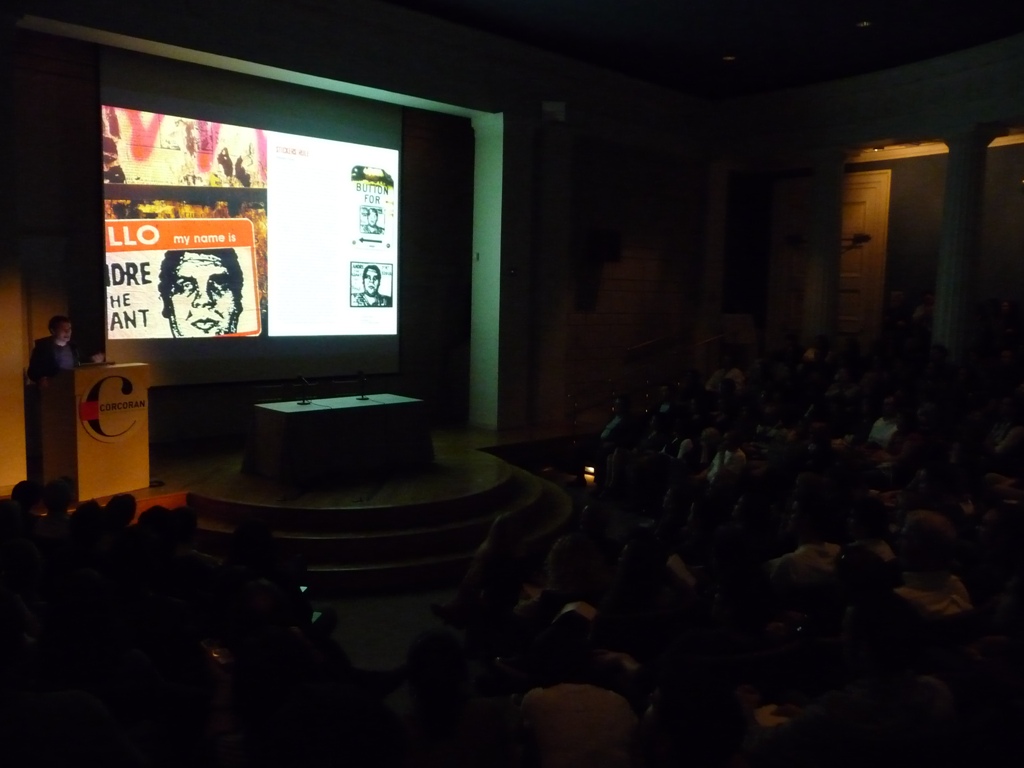 The auditorium was completely filled with students and fans wanting to hear about the artists’ views about art and itâ€™s relation to politics. Al started off the dialogue and explained his style of using human bones and authentic ammunition as the building blocks/materials for his sculptures. Shepard continued the discussion on iconicism – how he started “OBEY” with a simple icon which grew to be recognized as an image known around the world. He then explained that â€œOBEYâ€ gave him an outlet to comment on the state of politics and his concern that people were taking the advertisements and information being feed to them for granted. Shepard also stated that his previous messages which conveyed a negative spin on government was out of the necessities of the time and did not reflect his true nature. The potential change in government brings hope for a brighter future and this is reflected in his latest works.

After the dialogue, Shepard took time to greet his fans/sign items and did not stop until everyone was gone two hours later! Around 11pm, Shepard opted to hit DC again to post more “OBEY” murals. Shepard was a machine and the pasting lasted until 5am! 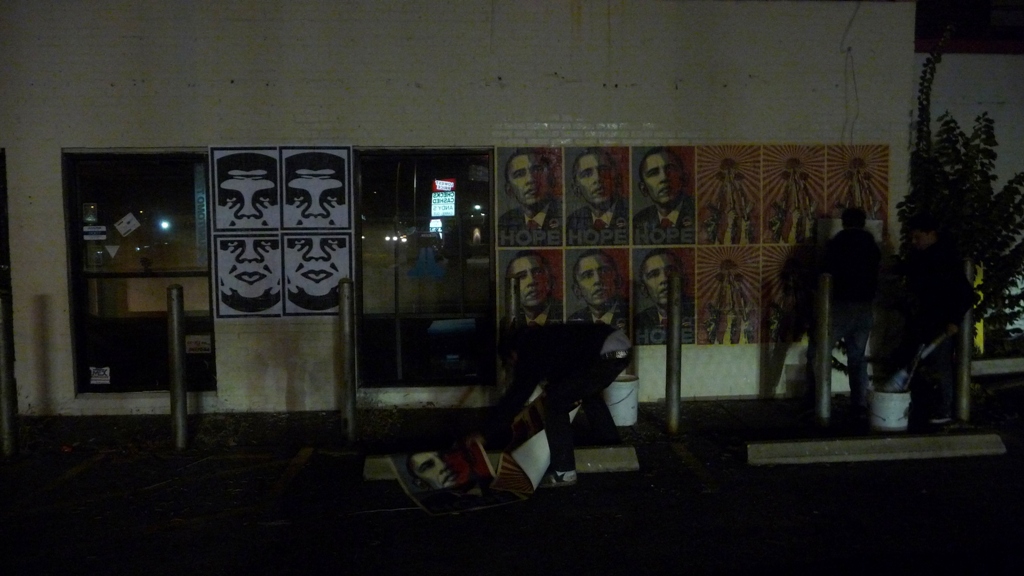 Shepard put together a wonderful show that had DC excited. With the media already buzzing about the numerous spots Shepard hit around the city, it wasn’t surprising to see the gallery packed for the opening. Shepard and Al were both very social and gracious to their fans. They were on hand all night to meet and sign items for their fans. 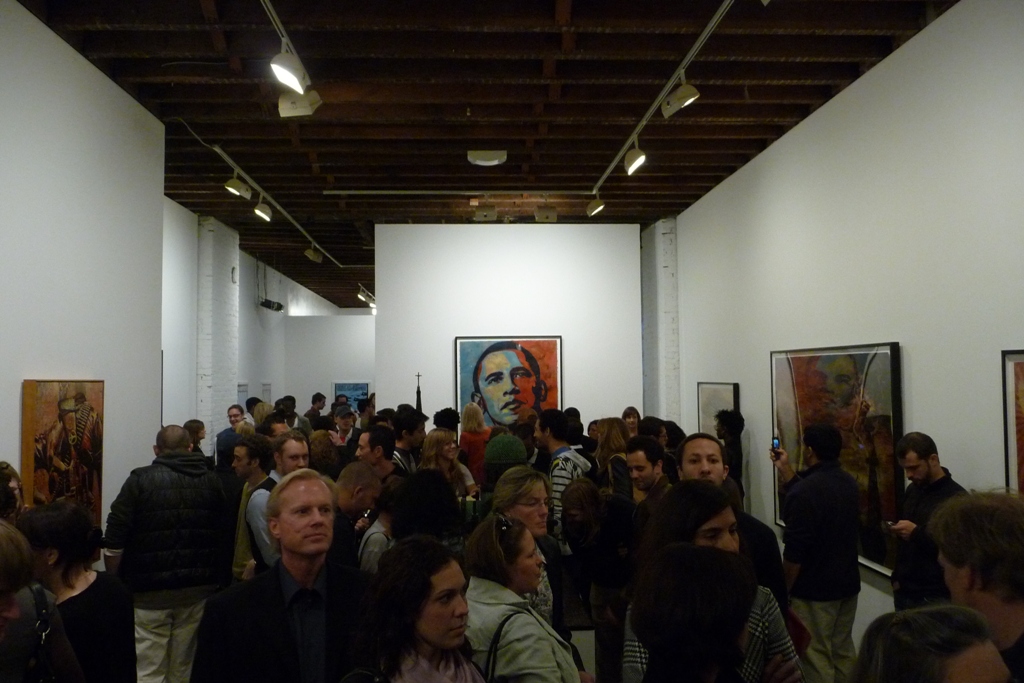 The invite only after party was held at Red Lounge in the heart of DC wit both artists in attendance. Shepard Fairey’s alter ego “DJ Diabetic” even made an appearance and rocked the house with a 2 hour set. The packed party rage til the early morning. Not surprisingly, Shepard “need no sleep” Fairey, closed the place down. 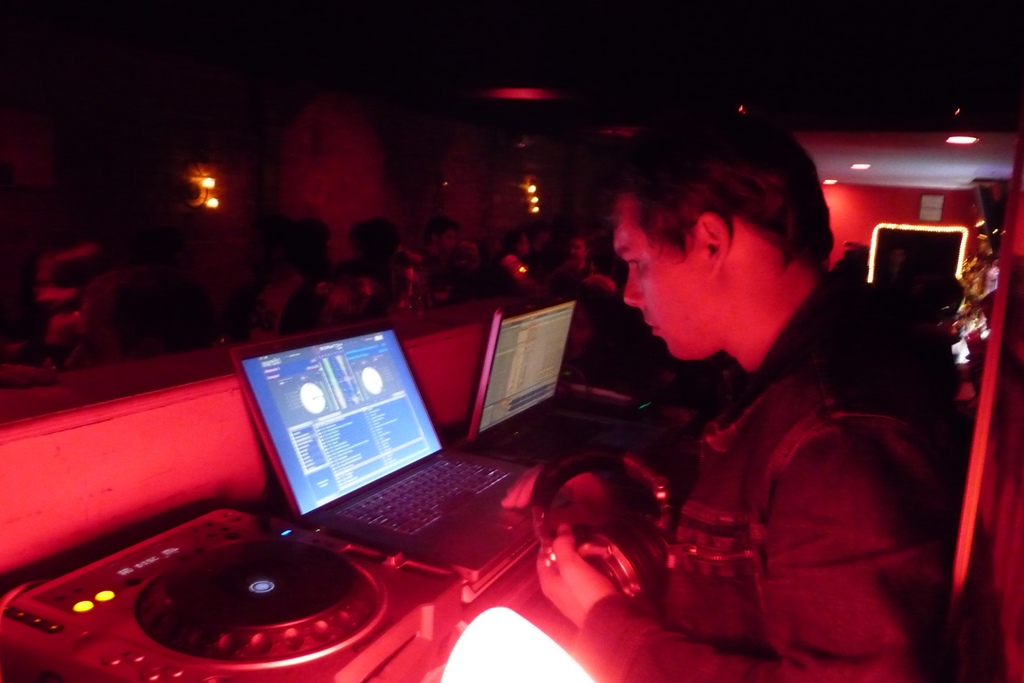 DC will surely miss Shepard, but fear not. Mr. Fairey left plenty of reminders all over the city that “Obey was here”. Shepard now flies to Boston for the next stop of his “environmental beautification” east coast swing. For those of you in Beantown, be on the lookout for Andre the Giant! 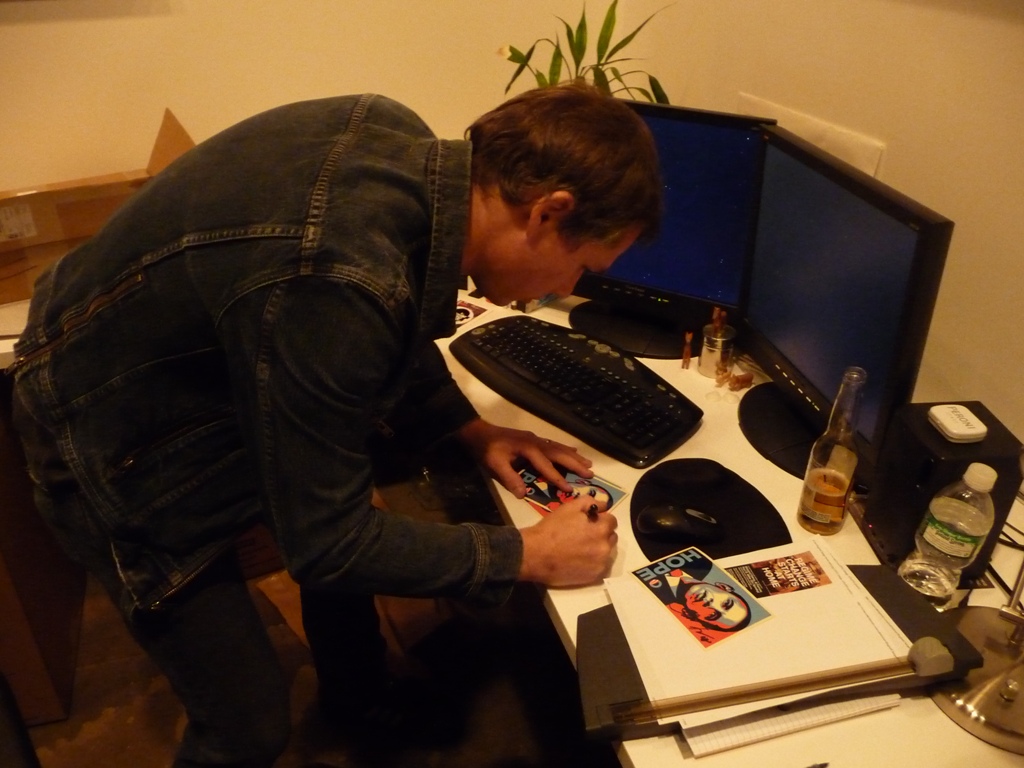 Finally, Shepard would like to thank the readers of Arrested Motion for following his DC trip and has donated 3 signed official Obama “Hope” stickers as a gift to our readers. The first three readers to leave a comment on this post will be the winners! If you aren’t quick enough, don’t despair, we will be giving a couple away in our forum as well.

Special thanks to Irvine Contemporary: Martin and Lauren. Also thanks to Shepard and the “posse” (Dan, Nick, Zee, Helen, Ariel) for allowing us to cover their visit to Washington DC.