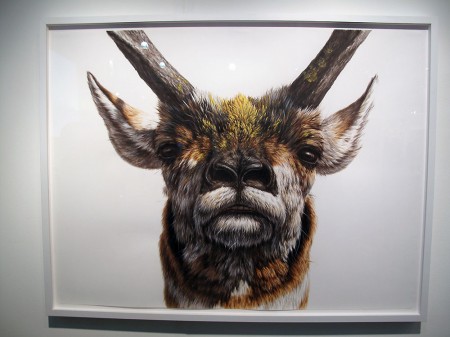 Everyone knows the story of “Goldilocks and the Three Bears,” where a picky little girl chooses between different bowls of hot cereal etc. to find the one that suits her. Well, sometimes we feel kinda like Goldilocks at art fairs, where some feel too big and others too small. However, more often than not, during the weeks of Art Basel and Armory, Pulse is the one that fits just right, and this year was no exception.

As far as size goes, Pulse got it right again this year: small enough to feel well curated and selective, but large enough to include a wide range of artists. And, of course, it’s not just about size, but also about content, and in that regard too, Pulse delivered. The fair presented a really nice mix of artists this year, with a good balance of both emerging and more established names. 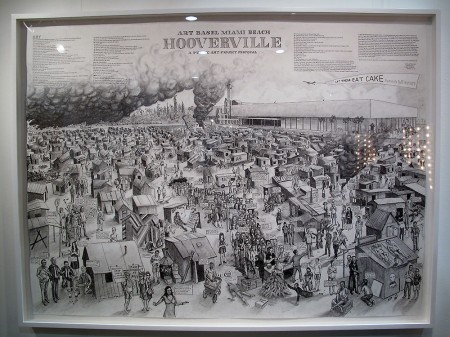 One name that has become more well known recently is William Powhida, so were excited to get a chance to see his work in person at the Charlie James Gallery booth. Powhida is not only an artist, but also art critic, who is based in Brooklyn. In his detailed drawings, which often take the form of lists or illustrated editorials, Powhida focuses his eye on the art world with insight and biting satire. One large collaborative piece with Jade Townsend has Art Basel Miami represented as a Hooverville, one of the shantytowns that emerged in America during the Great Depression; number markers throughout the image correspond to particular one-liner type text comments located at the top of the piece. 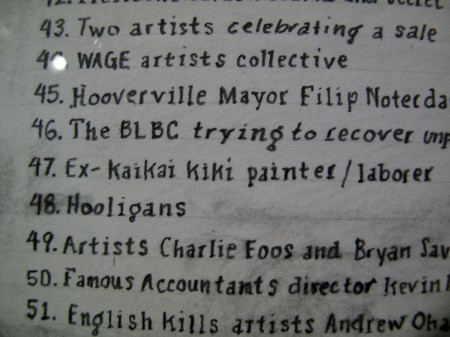 An emerging artist that we particularly liked was Danshaku Miyazawa shown by Tokyo Gallery + BTAP. Miyazawa creates amazingly subtle and delicate pencil and watercolor figures out of circles and dots, which we unfortunately could not capture with our camera (we borrowed the image below from the gallery’s Web site). We were told he will soon have a solo show in Tokyo, so hopefully we’ll have more and better images to show you. 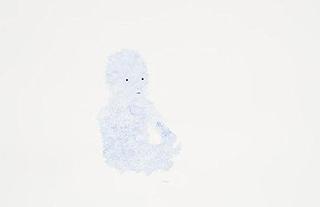 Also of note, Christina Ray (formerly Glowlab) had a solo show with emerging Spanish artist Roberto Mollá. We had seen his work two years ago at Scope Miami, and was impressed by his style and composition, which were heavily influenced by Japanese art and design. His new body of work definitely has progressed, so that although Japanese motifs are still present, they are now more balanced within the overall image. Others must have enjoyed Mollá’s work as well, as he was voted as the winner of Pulse’s People’s Choice Award. Congratulations to Mollá and to Christina Ray. 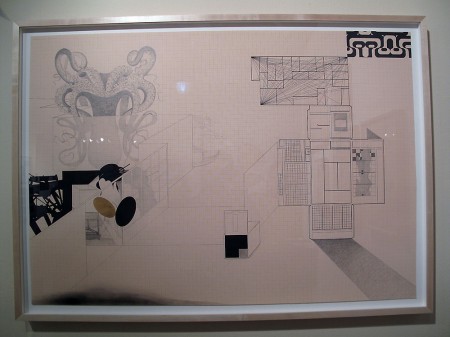 There were certain booths at Pulse that we really enjoyed and we will be highlighting those in individual posts soon. In the meantime, here’s our gallery of images from Pulse.