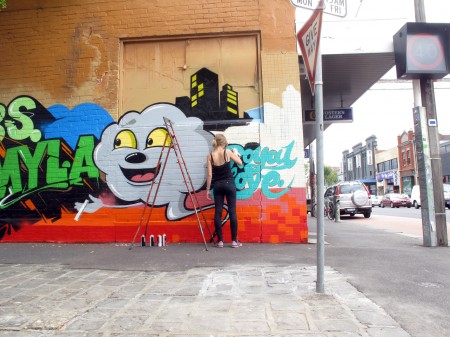 The duo of Dabs Myla have returned temporarily to their home country of Australia after a year long stay in Los Angeles. Though they’ll only be gone for a month, the ambitious duo have been keeping their noses to the grindstone in the land down under with a new mural, solo show and a book release to keep them busy. Tonight saw the opening of their comeback show, “Hollywood and Western” at Per Square Metre, which featured a new body of work as well as collaborations with Greg “Craola” Simkins, KMNDZ, Jersey Joe RIME and The Witness.

To followup their opening, Dabs and Myla will also be releasing their first book this coming Wednesday, April 7th at Revolver Upstairs. The book release party will be a one night only event with the edition size being limited to only one hundred copies. The couple will be on hand to sign and doodle copies.

If this schedule doesn’t seem hectic enough, Dabs and Myla also found the time to bust out a massive mural with mate DVATE for can company Ironlak. Dabs Myla will be returning stateside soon, look for an upcoming show this September at Thinkspace Gallery’s new Culver City location.

Installation, Mural, Process and Painting pics after the jump. 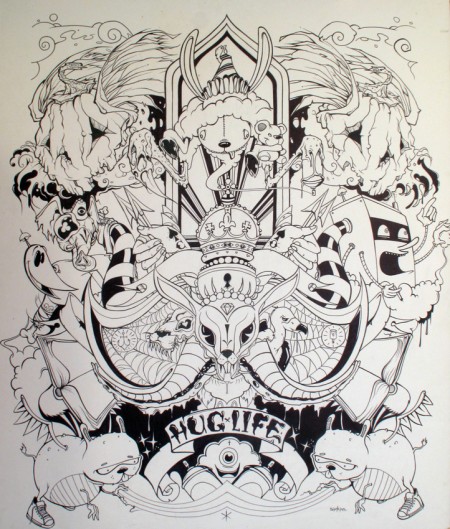 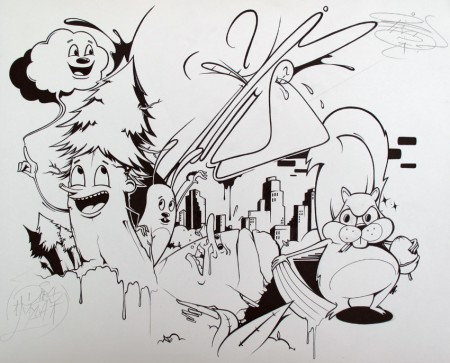 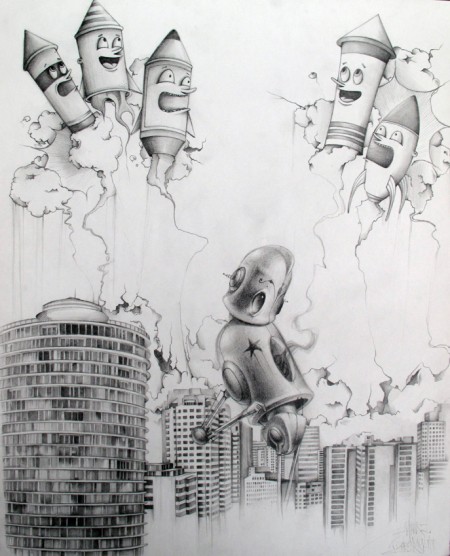 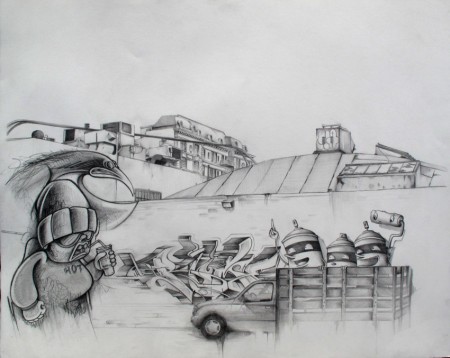 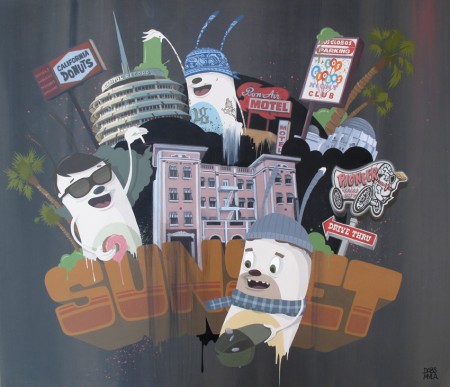 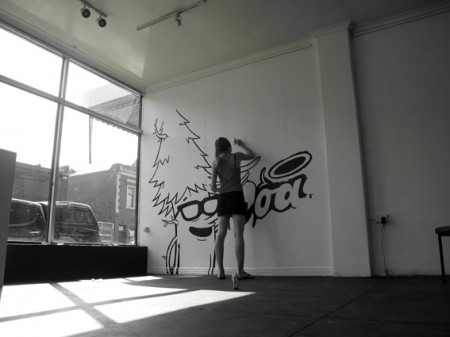 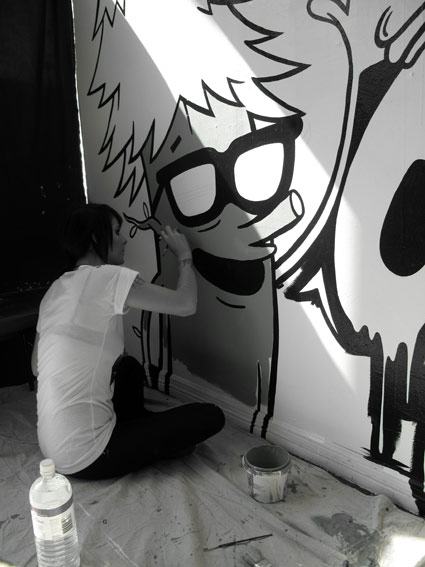 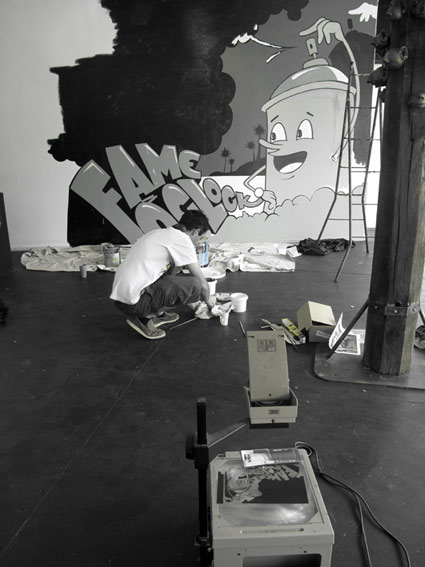 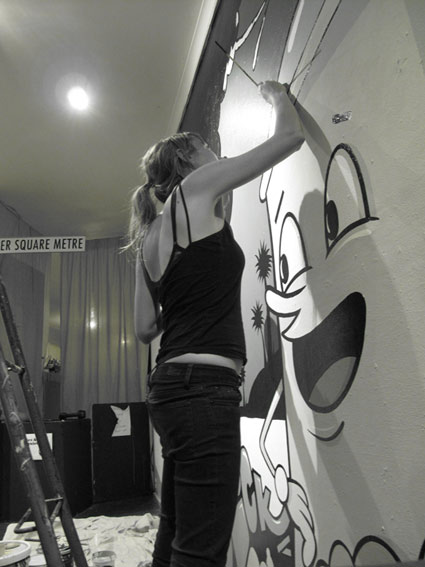 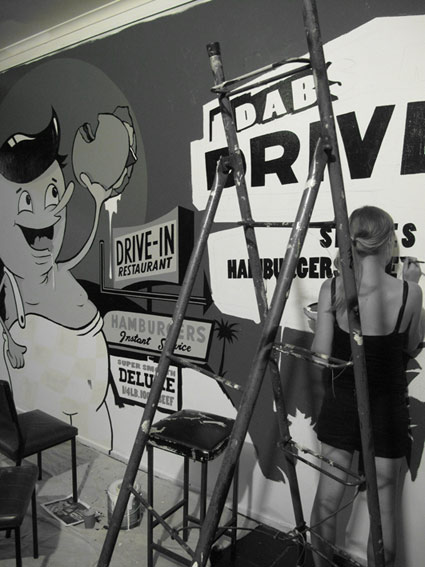 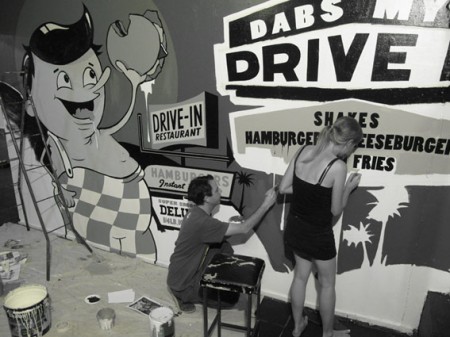 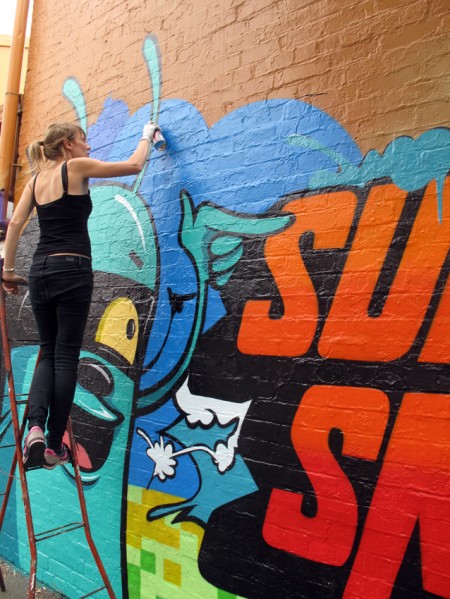 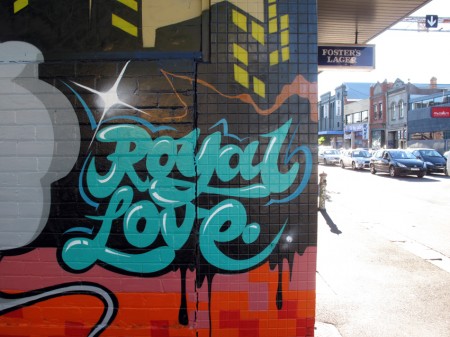 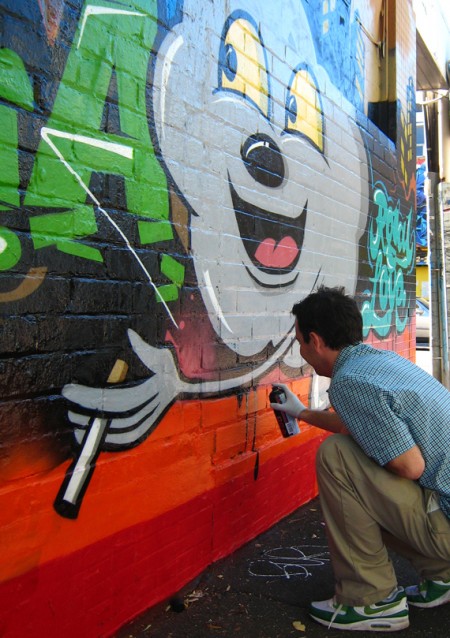 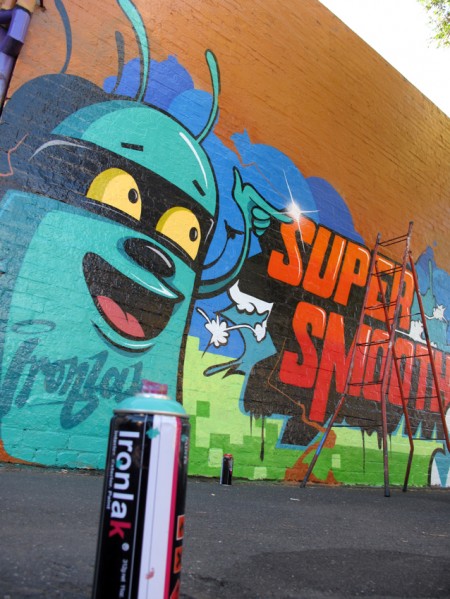