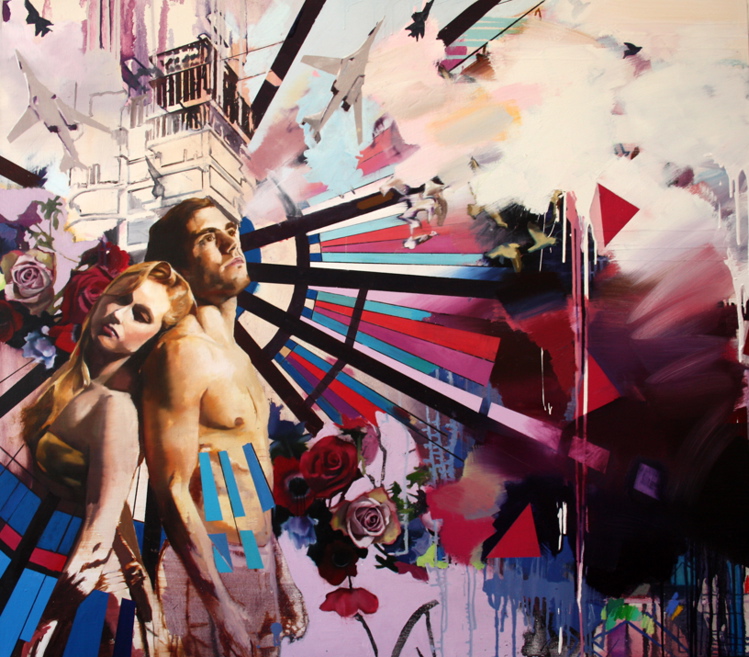 StolenSpace Gallery in London is hosting their annual summer group show tonight. As usual, the roster features some stalwarts from their stable of artists as well as mixing in some new talent. One of the pieces we look forward to checking out ourselves is “Rocketeers” from Chloe Early (interviewed). If this incredible painting is any indication, we are in for a treat when her next solo opens in October at the Corey Helford Gallery.