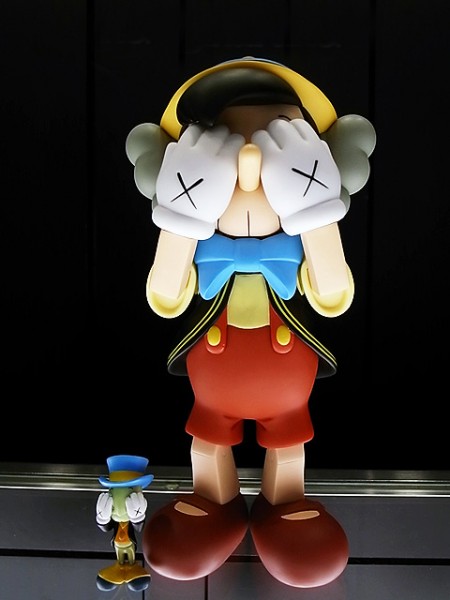 When we first confirmed the imminent release of KAWS’ Pinocchio & Jiminy Cricket figures back in June, we didn’t have any details yet as to the price or date of release. If you remember, these were first seen at the fantastic retrospective the Dos Sequis drinking artist put on at the Aldrich Contemporary in Connecticut. Well, now word is these will be released at the OriginalFake store in Tokyo on August 28th for approximately $200 with other associated retailers getting their shipment a couple weeks later. 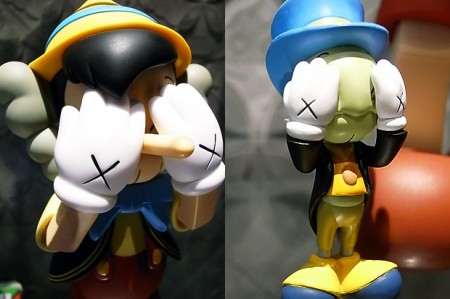