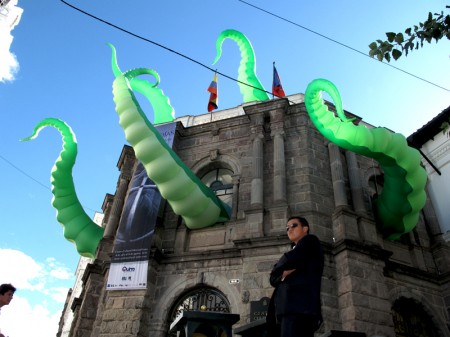 You may have seen our recent coverage of D*Face’s outdoor activities in Quito, Equador as part of the ‘9no Festival de Arte en la Calle’, and as a natural follow-up, AM now takes a look at some images that UK Urban Interventionist Filthy Luker sent us from Quito. Luker’s huge inflatable sculptures are often seen as culture jamming on a grand scale, and some of these familiar forms look stunning set against the South American backdrop. Imagine the public buildings around the town square being taken over by a giant octopus, given “faces” or subjected to a direct hit of an oversized inflatable missile.

Filthy Luker’s installation works look good in still picture form, but a whole new sense of dynamism is revealed when you see the physical movement of the pieces – the octo arms whipping around and the oogly eyes rolling in the wind.

Take a look at some more images from Quito after the jump. 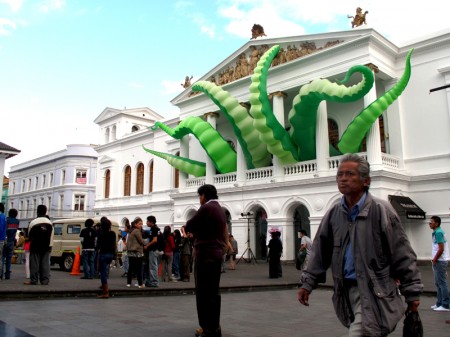 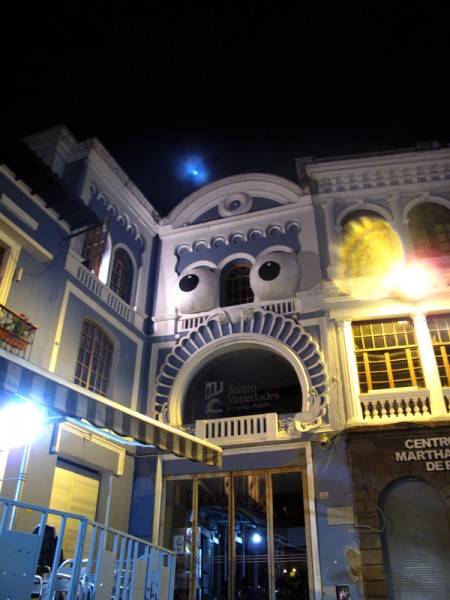 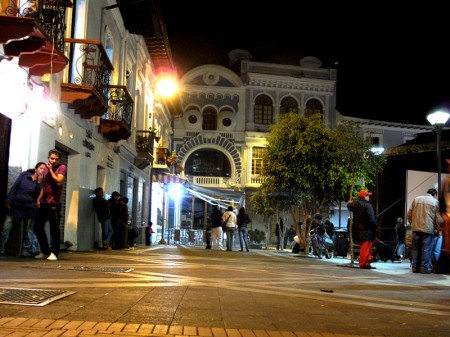 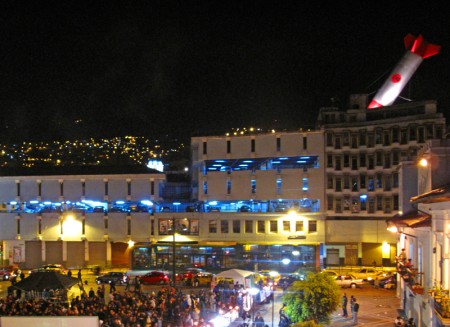