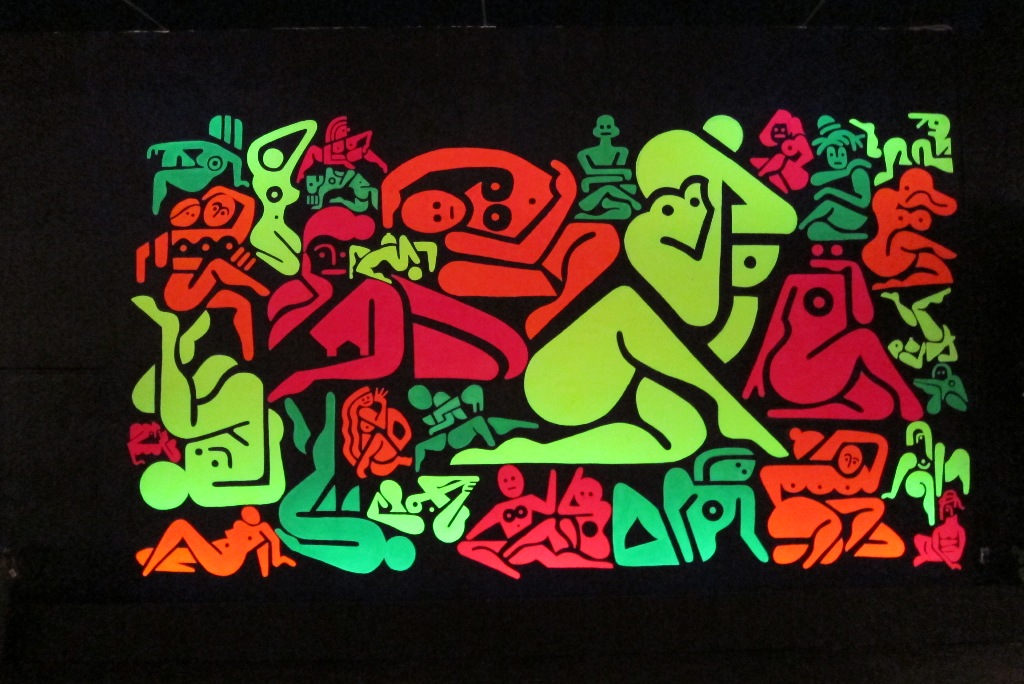 Last year, Wynwood Walls started out as an ambitious project to revive and reclaim the worndown Wynwood Arts District with art. This year, Tony Goldman upped the ante by expanding the project space with new works and installations by Ryan McGinness, Invader, Kenny Scharf, Ron English (featured), Jeff Soto’s (featured), Logan Hicks (interviewed), Friends With You and Shepard Fairey. In addition, a restaurant and a project gallery space were also created on-site to keep onlookers submerged in the arts.

After checking out the space during the day, we also returned later for some night time pics. Under the guise of darkness, the experience was completely different with the Scharf Airstream and McGinness mural in particular transformed under the glow of the blacklight. We also caught a quick snack at the Obey renovated cafe which Shepard played interior decorator (covered).

Check out the whole experience after the jump. 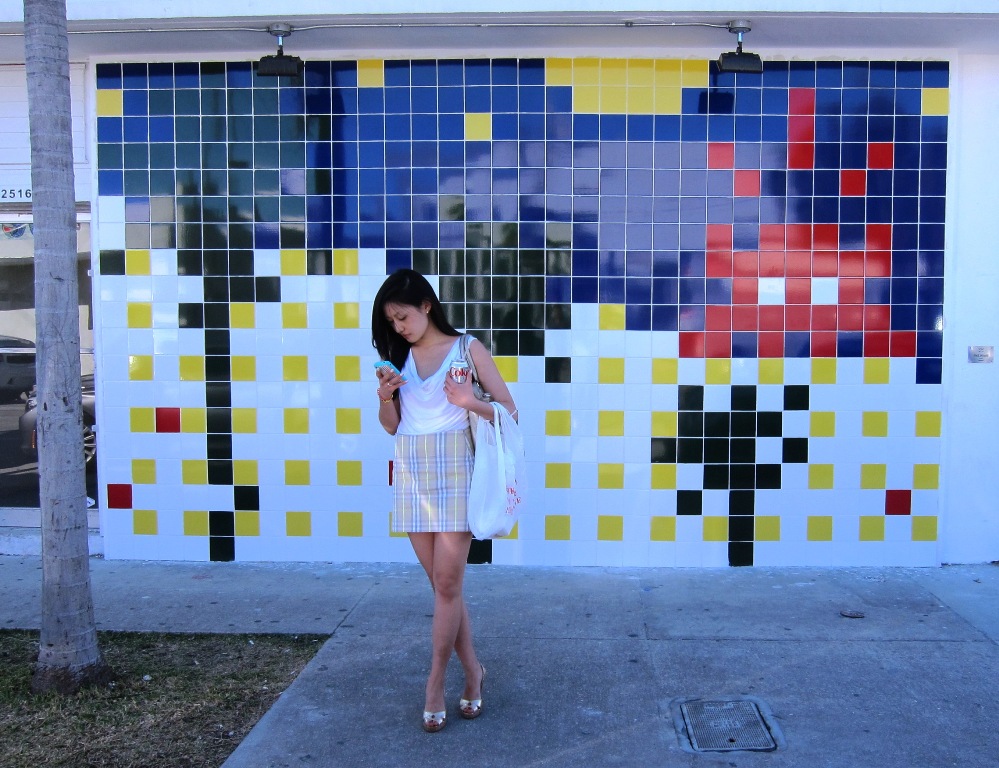 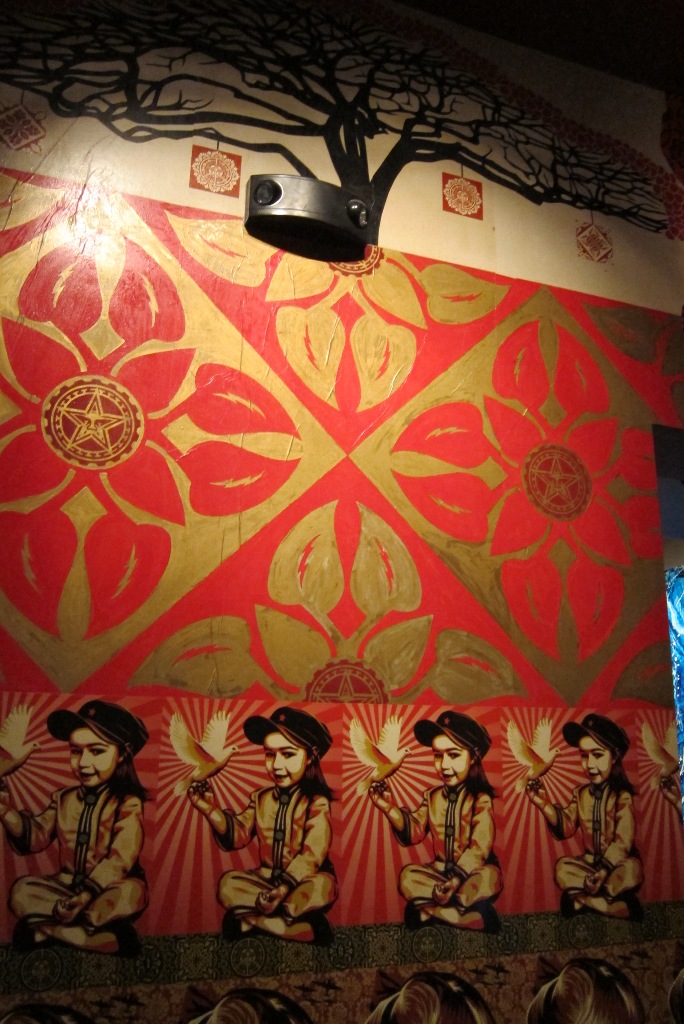 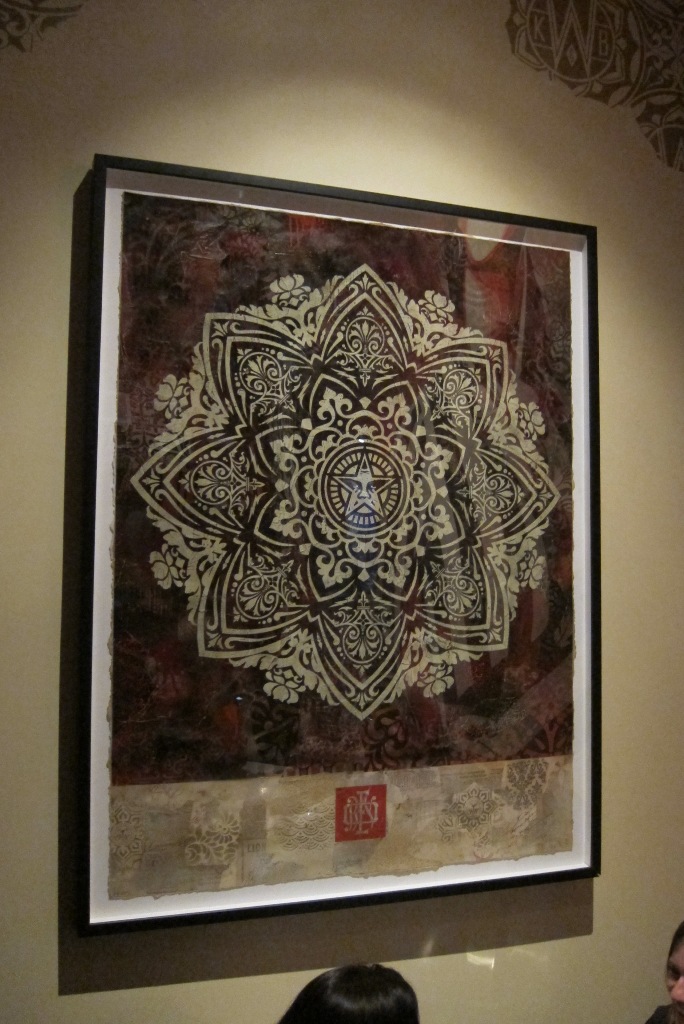 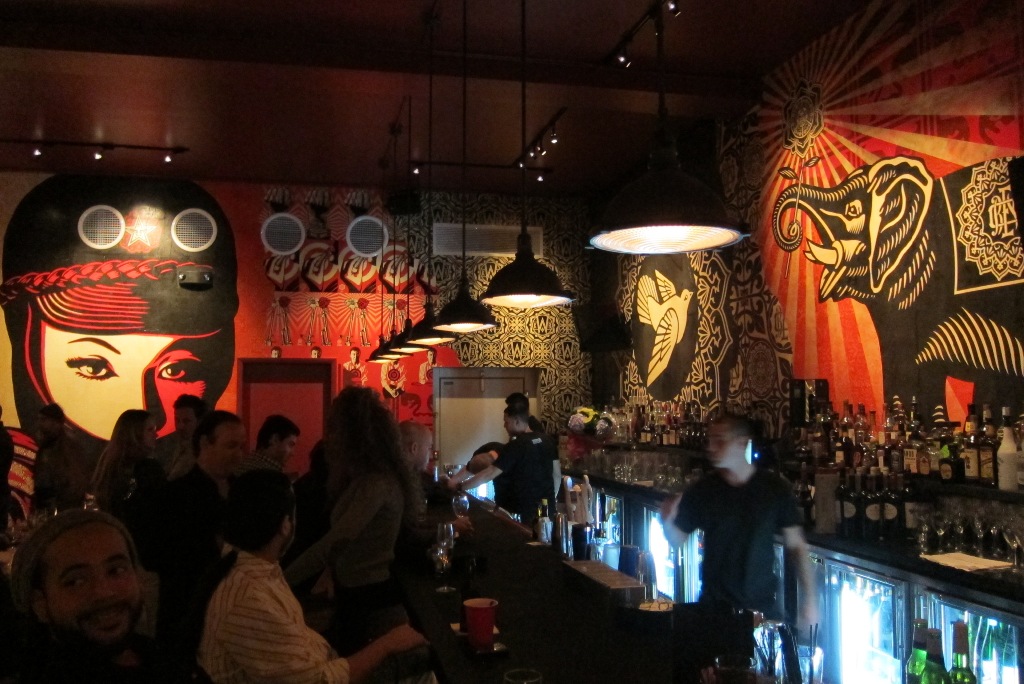 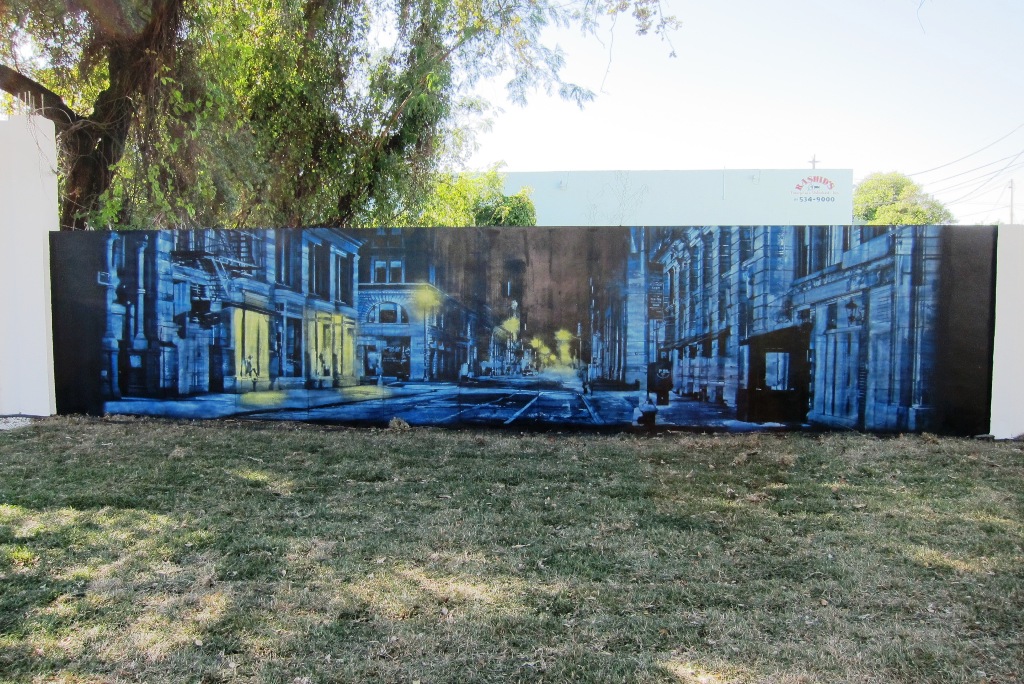 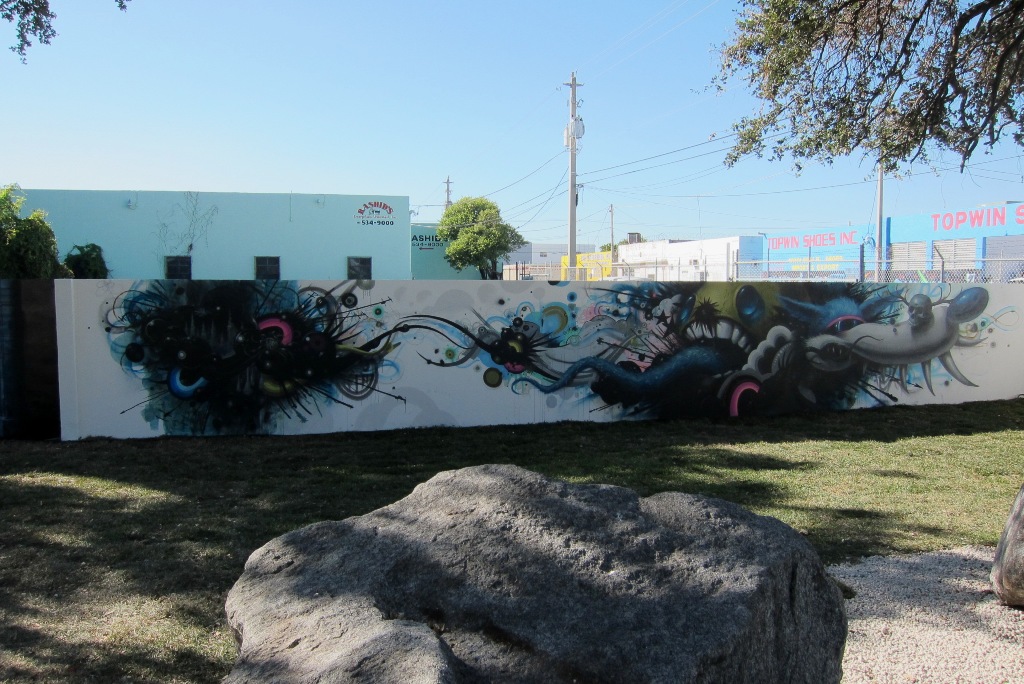 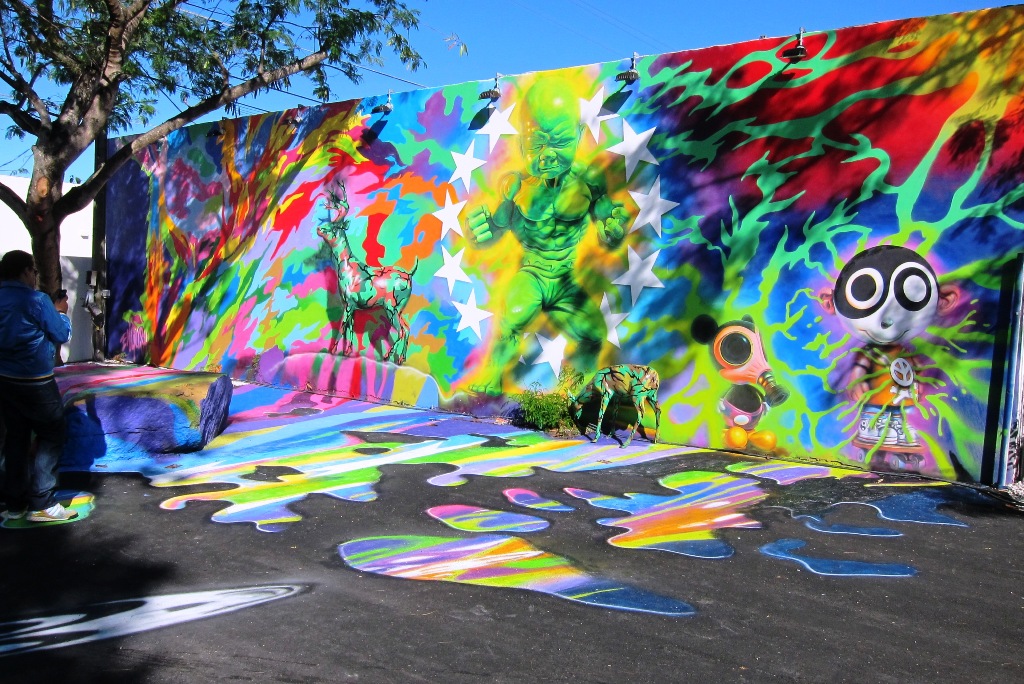 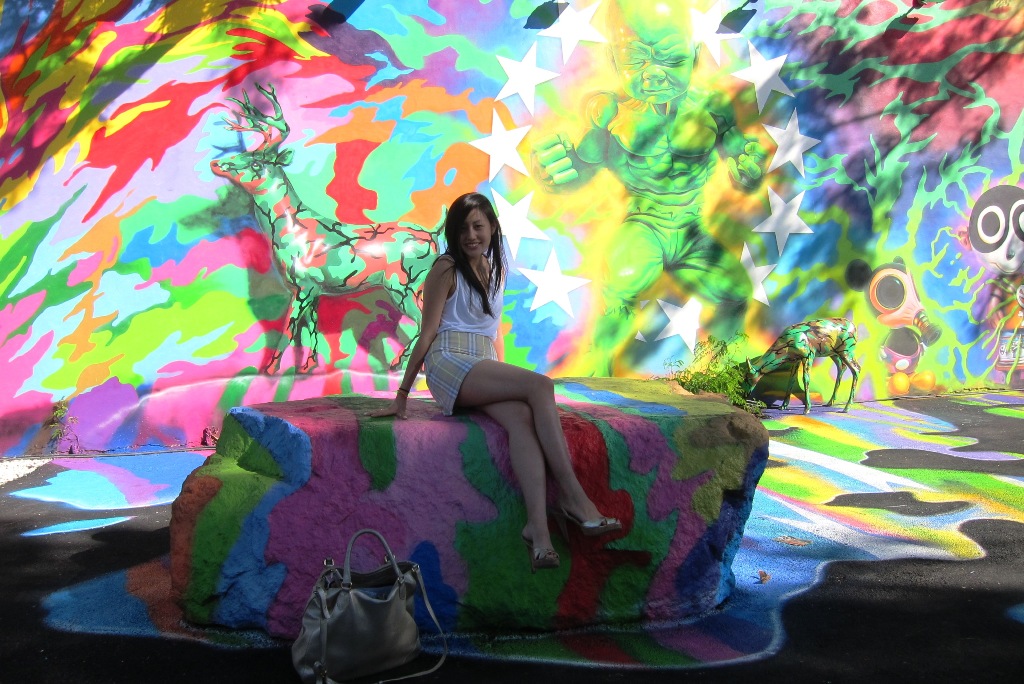 We are fans of Ron English fans... 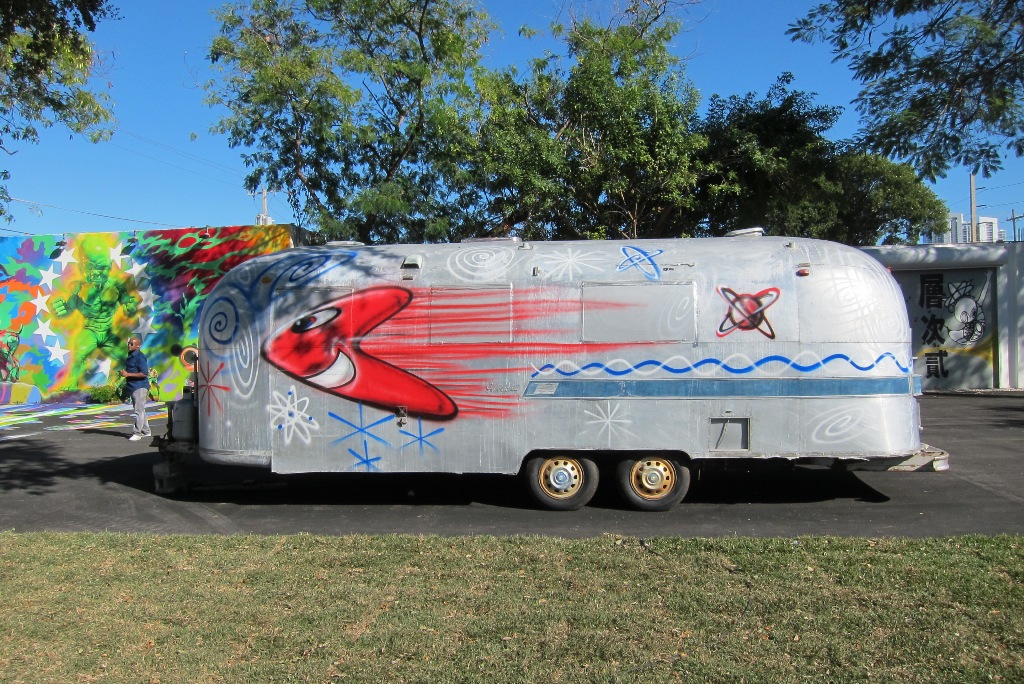 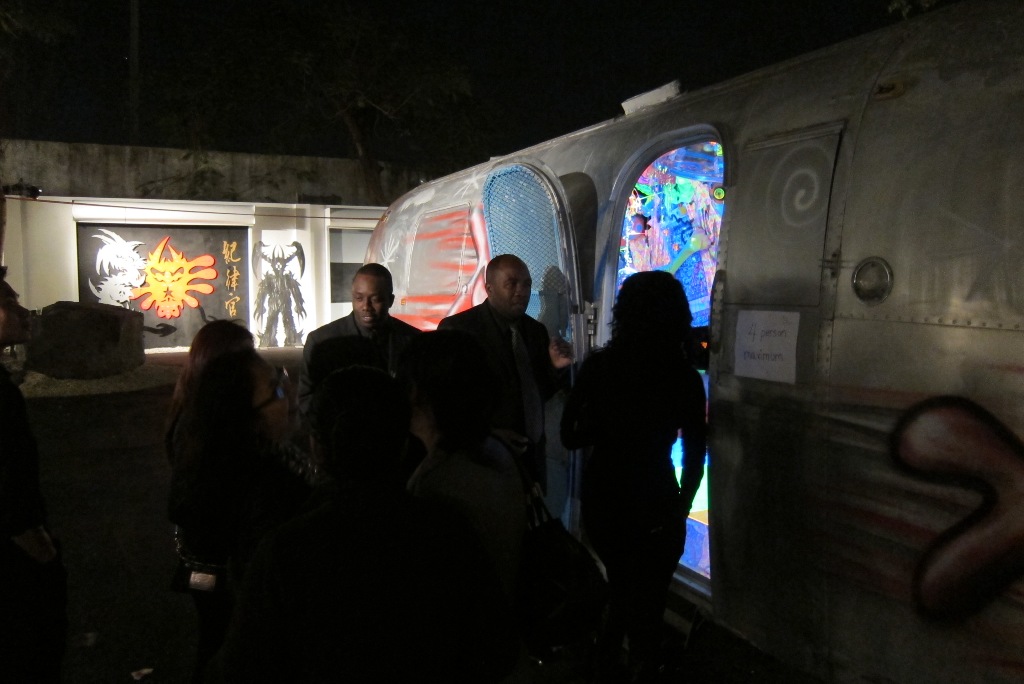 Cue to get into Scharf Trailer 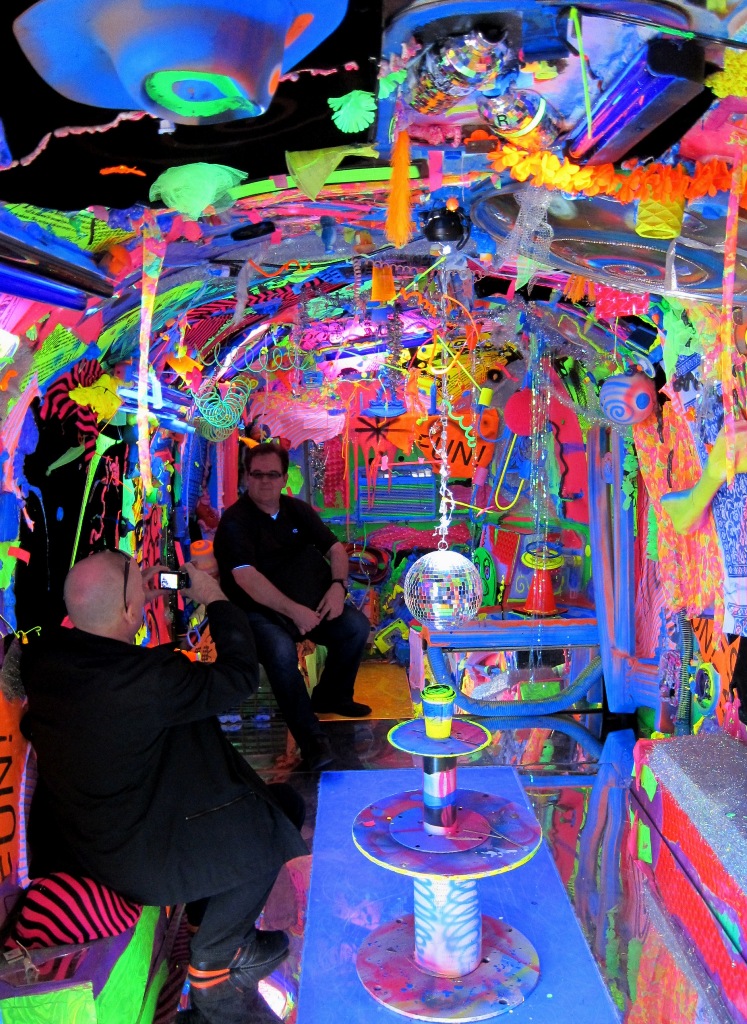 We are fans of Ron English fans…

Friends with you dropped a bomb…

Cue to get into Scharf Trailer