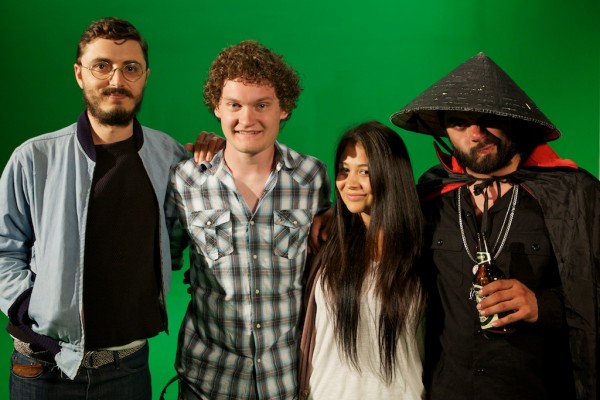 Last Sunday, AM dropped by the Levi’s Film Workshop, where they were screening the trailer for Born Under a Bad Sign, a film in progress by artist Neck Face and director Isaiah Seret. The upcoming feature-length kung fu horror movie, starring the artist was filmed in his alleyway installation at MOCA’s Art in the Streets exhibition. Those who attended the screening also got to see an extended fight scene (censored for museum audiences) which ended in co-star, Mindy Kelly, being decapitated. Neck Face tossed back some beers and passed the time by telling jokes while Levi’s was setting up the movie. We would tell you some of them, but we’d probably get in a lot of trouble. The screening was followed by a Q&A where the artist told us that in his movie “a lot of hot chicks get killed.” He’s actually working on more than one movie right now. The other is a documentary spanning 10 years of his career, which he began filming when he was 19 years old.

We caught up with Neck Face after the screening to ask him about graffiti, haunted houses, and what he’s got coming up in the fall. Take a look at the full interview after the jump…

Arrested Motion (AM): When did you start doing art and graffiti? And where does the name Neck Face come from? 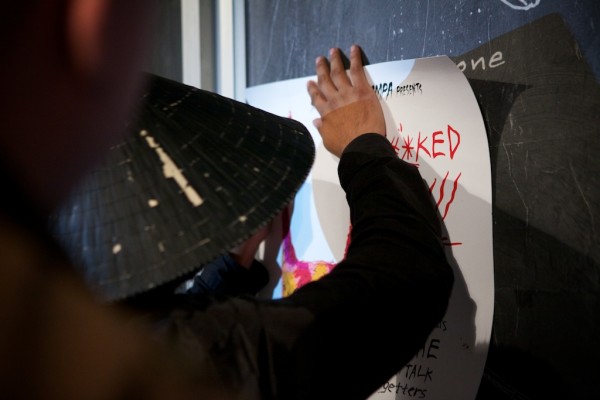 AM: Tell me about your Art in the Streets installation. What was your inspiration behind it?

NF: My installation in the Art in the Streets exhibition is just the alley way. It ain’t always nice when you try and go see some fuckin’ shit on the street, you know what I mean? It’s like, “hey, Neck Face did this thing on the billboard or did this thing on the curb, and you gotta go check it out, but it’s in the middle of Harlem.” And you’re like, “Ah whatevers” so you go check it out and there’s fuckin’ people buggin you like, “get the fuck out of here, white boy!” You know what I mean? It’s just some real shit. 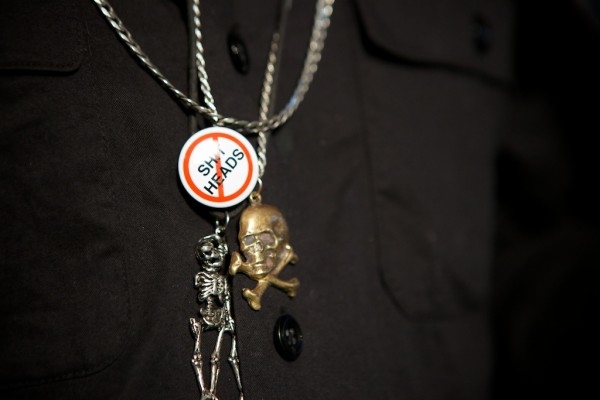 AM: What are some of your artistic and cultural influences? Where does your interest in haunted houses come from?

NF: That’s just how I grew up. Haunted houses, my brother and my mom, everyone, my whole family have been building them for 27 years! I’m 26 so I grew up with this shit.

AM: How did you get involved with the skate scene?

AM: What other places have you lived or worked in? 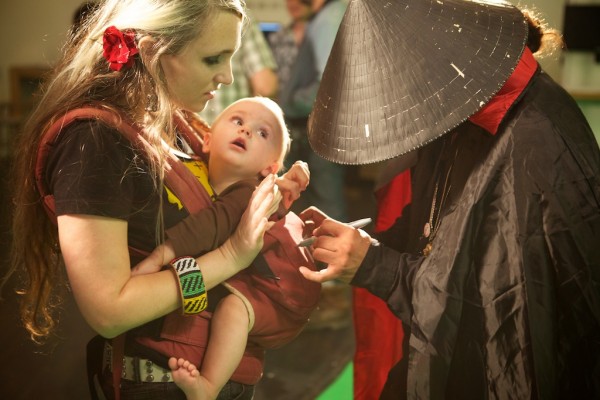 AM: What do you think is the most controversial art piece you’ve ever done and what made you do it?

NF: Probably the one of the guy shitting on the girl’s face. Cause my ex-girlfriend, I felt like I wanted to shit on her face so I did it.

AM: What do you have coming up next?

NF: September, an art show at New Image Art. I’m doing drawings and my friend Weirdo Dave aka Fuck This Life is doing an exhibition. His shit is gonna be sick! 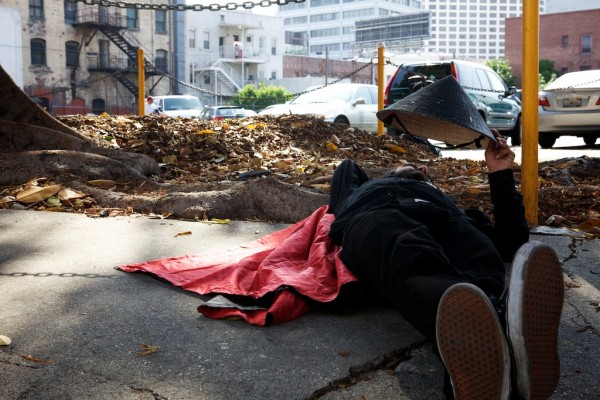 AM: Do you think you are more obsessed with shirtless old wrinkly dudes than Dave Kinsey is?

NF: Excuse me? Huh? Shirtless what?