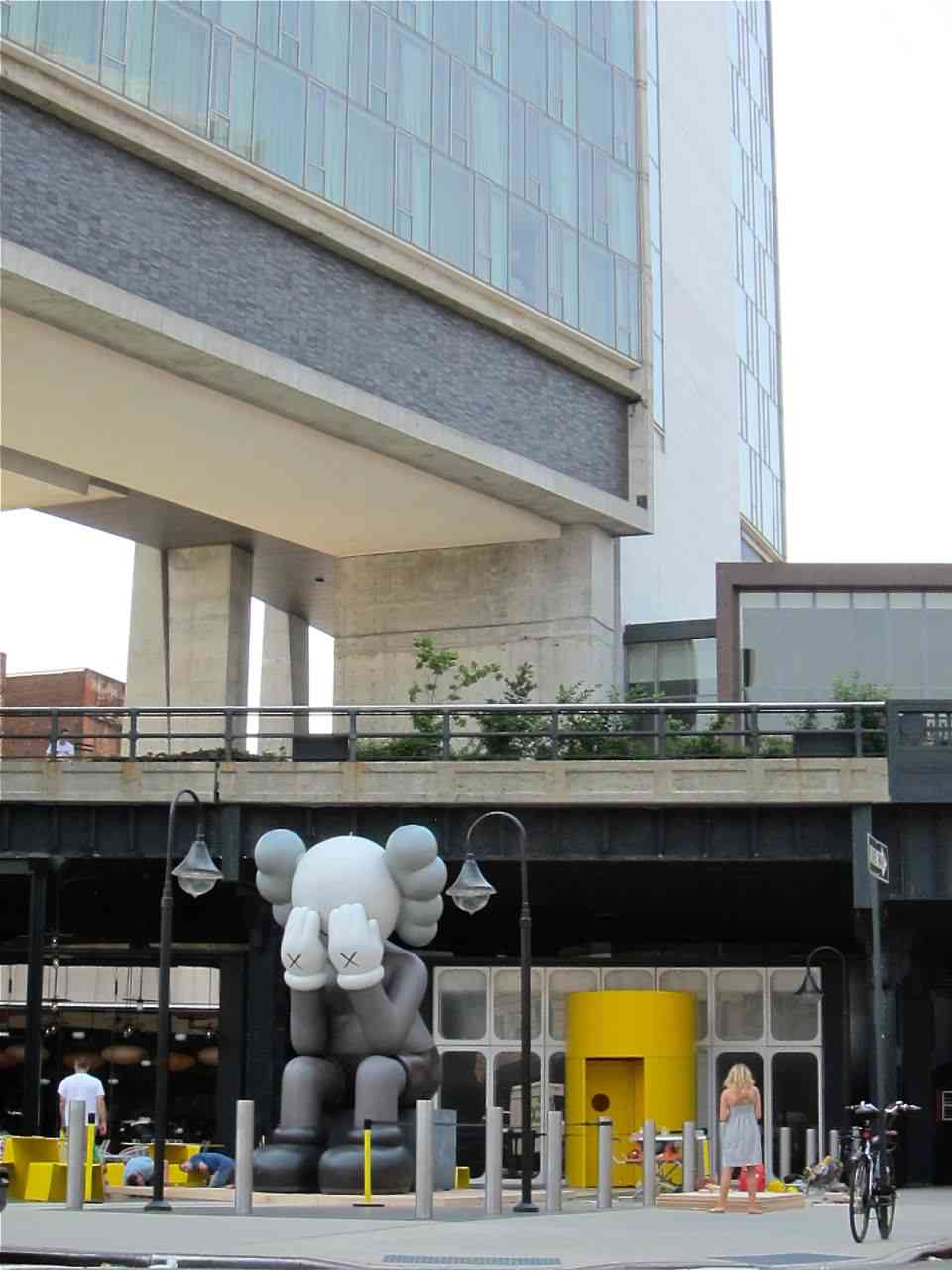 Perhaps KAWS had a sixth sense as to what was going to happen when he placed his Passing Through Companion at The Standard in New York recently. The street art and graffiti community was saddened as news has came today that the Brooklyn Museum has cancelled the scheduled next stop for the current Art in the Streets exhibition currently showing at the MOCA. Although the museum has cited a lack of financial funding as the reason for forgoing the show, AM can’t help but wonder if there aren’t any other reasons involved behind-the-scenes. We think it would be a shame to deprive New York, the historic origin of much of graf and street art, of such a momentous showing, especially if it is because of some misguided negative press.

We certainly hope the Brooklyn Museum reconsiders its position or another institution will step up to give fans in NYC what they want. Letter that Brooklyn Museum Director Arnold Lehman wrote (as seen on LA Weekly) to one of the artists after the jump….

I am writing with the unfortunate news the Brooklyn Museum must withdraw as the second venue for “Art in the Streets.” I asked our curator, Sharon Matt Atkins, for your email address so that you might hear this news directly from me.As I hope you know, we have all been tremendously enthusiastic about this exhibition from the very beginning, and we applaud LA MOCA for organizing such a groundbreaking project bringing the important history of graffiti and street art to a broad public. In Brooklyn, we saw it as an appropriate next exhibition for us after our Jean-Michel Basquiat and graffiti exhibitions in 2005 and 2006, respectively.

We regret that we are now in the position of withdrawing from this project. We have already and will continue to face severe reductions in financial support that require the Museum to make very tough decisions in light of the challenges facing us in the coming fiscal year. With no major funding in place, we cannot move ahead.

I know I speak for Sharon as well in expressing our regret that we will not be able to move ahead with presenting “Art in the Streets.” We have the utmost respect for your work, and I hope we will find other opportunities to collaborate in the future.