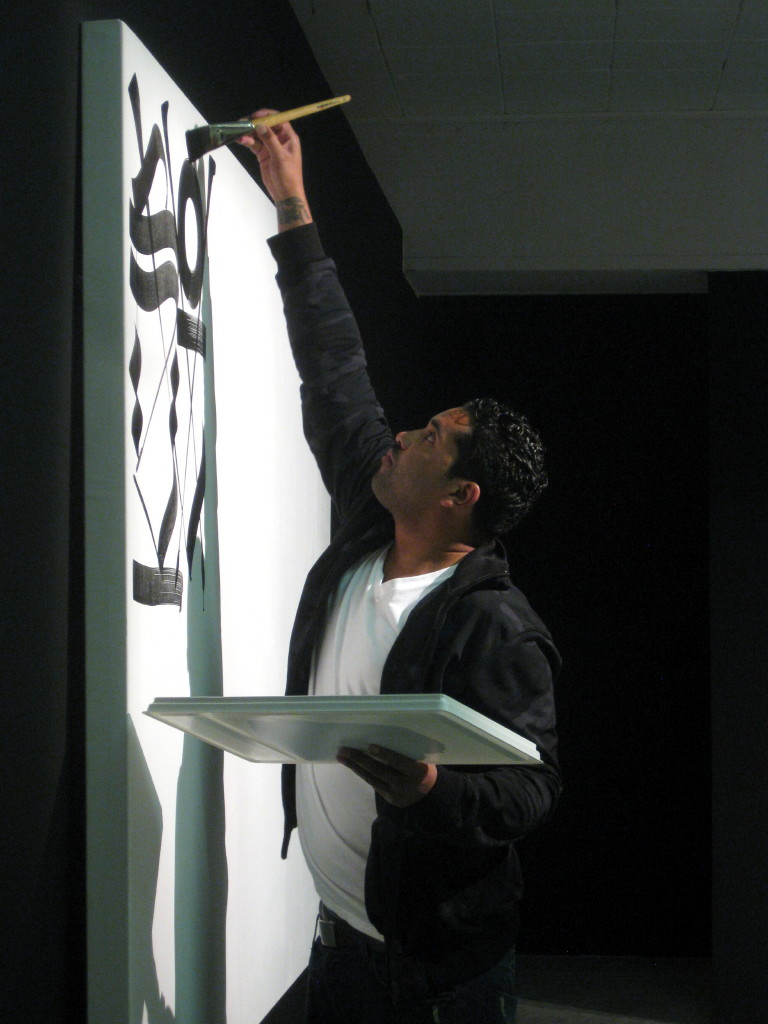 Retna has been keeping himself busy recently — among other things, by participating in the Art in the Streets exhibition at MOCA, Street Cred at the Pasadena Museum of California Art, and painting the tail of a business jet in Geneva for VistaJet. He’s currently in the UK for the London limb of his Hallelujah World Tour which began in New York City in February (featured).  The pop-up event is being held at the Dairy, with the opening taking place on the evening of Wednesday 8 June and the show scheduled to run until 27 June.

AM did an 18-hour stint with the artist as he finished off his last canvases and preparations were being finalised.  We can safely say that it wasn’t a dull experience.  See a few teaser photos after the jump. 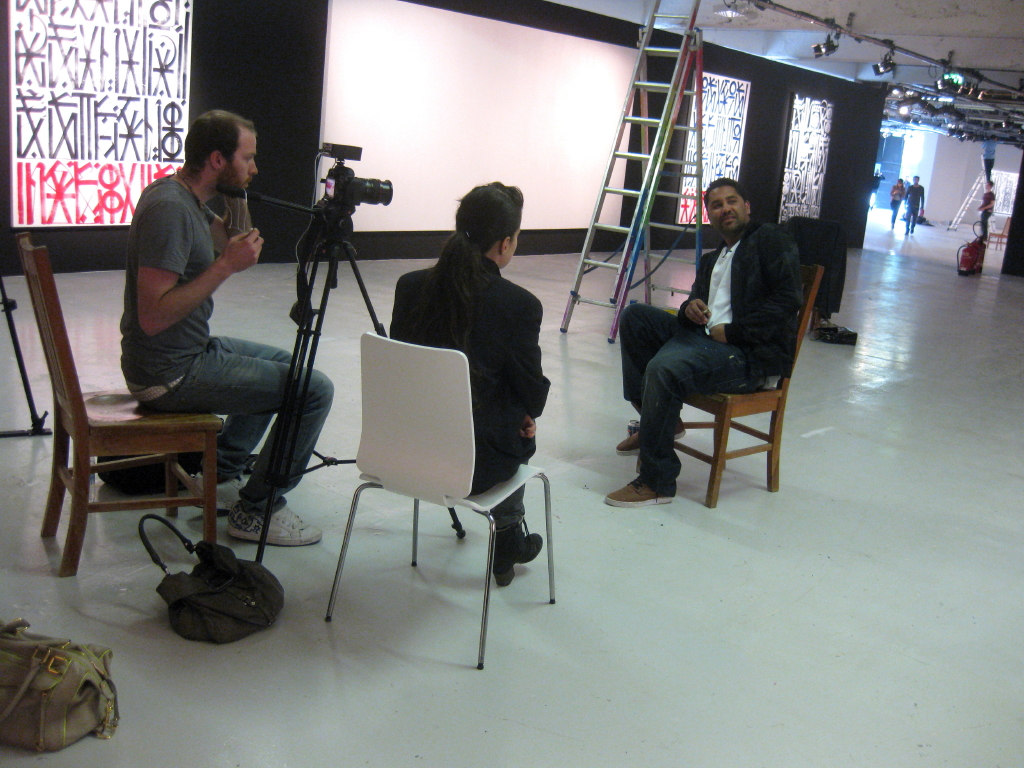 An interview with Crane.tv during the set-up for the exhibition 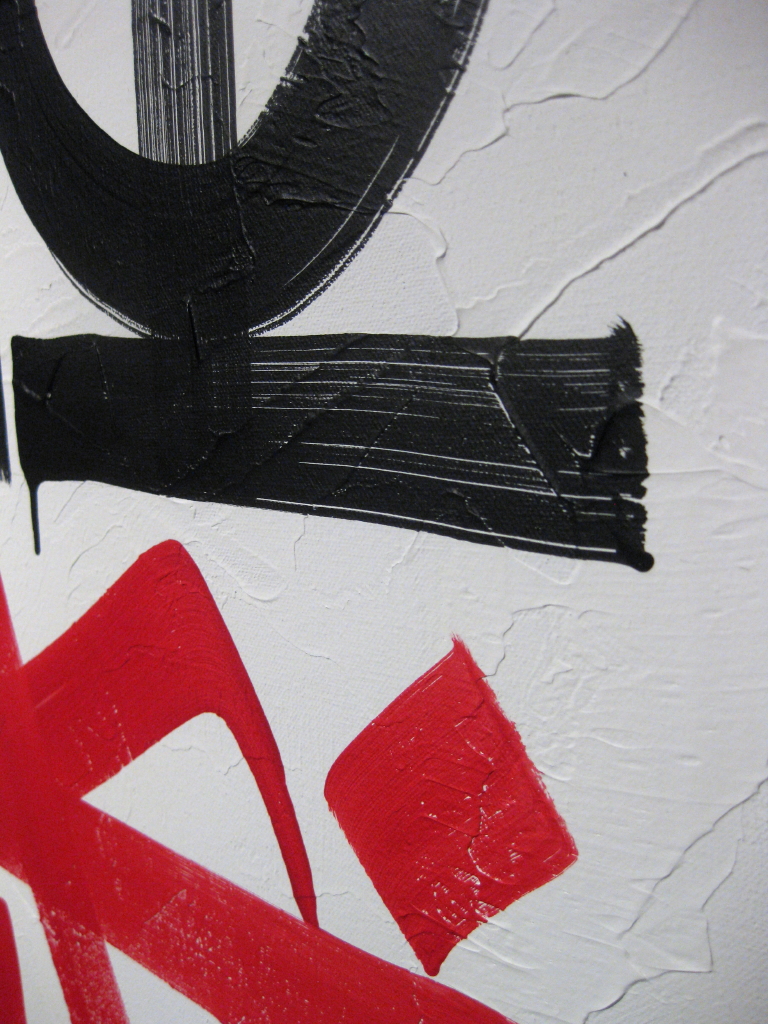 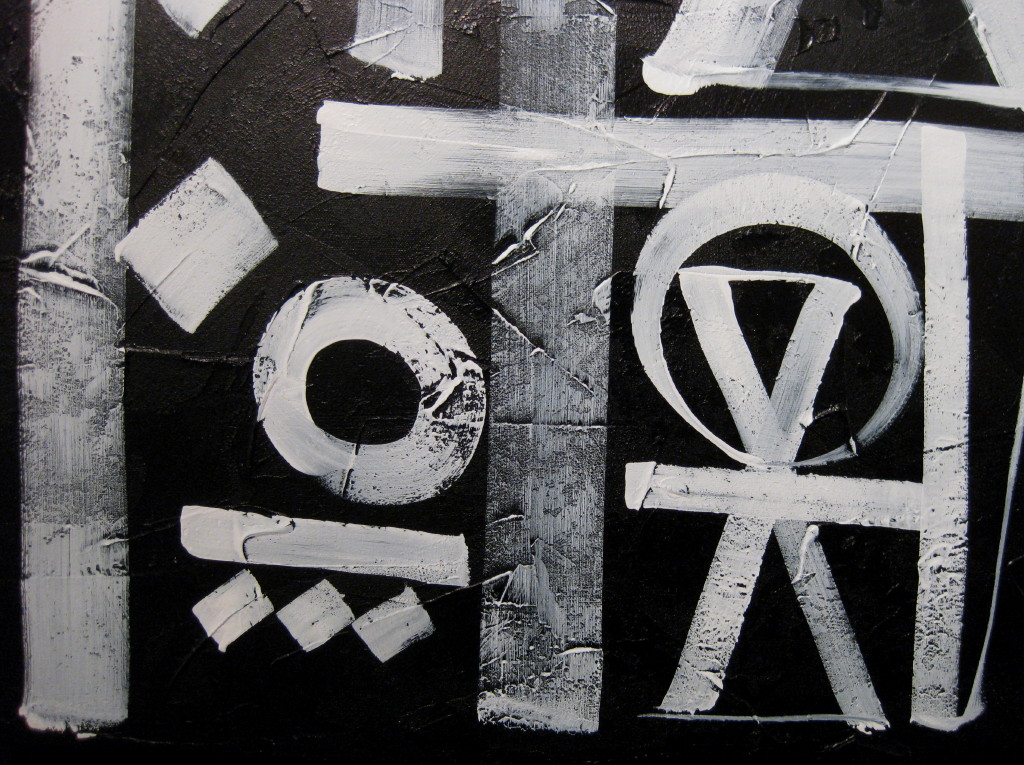 'If the Walls Could Talk' (detail). Acrylic on canvas 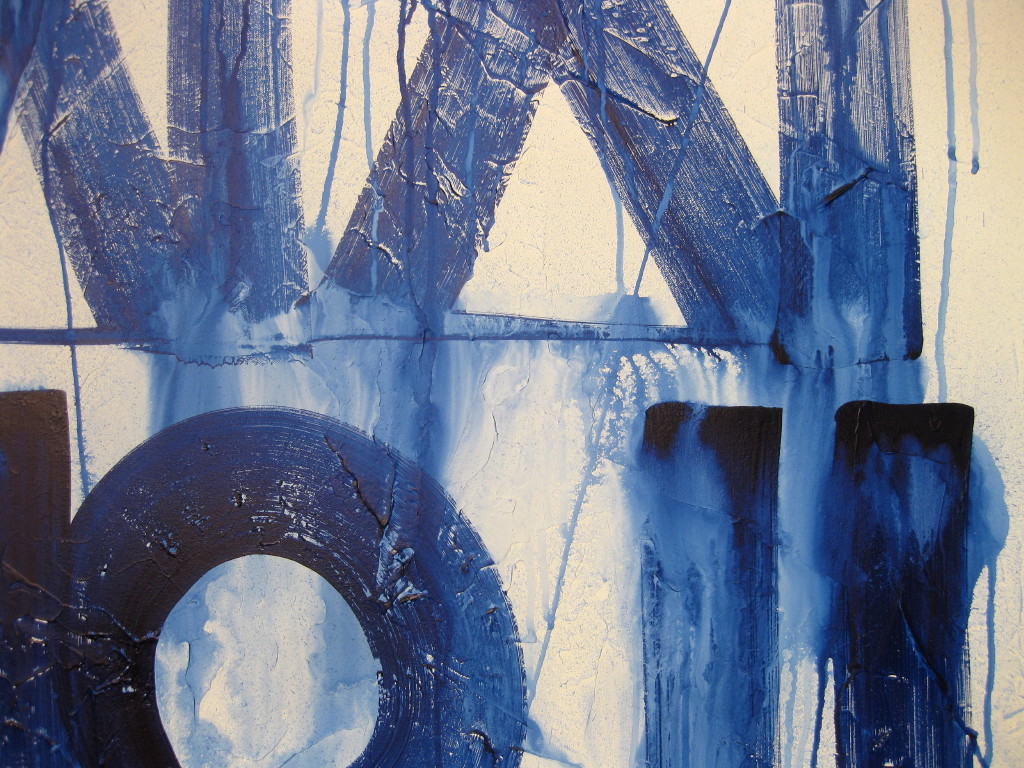 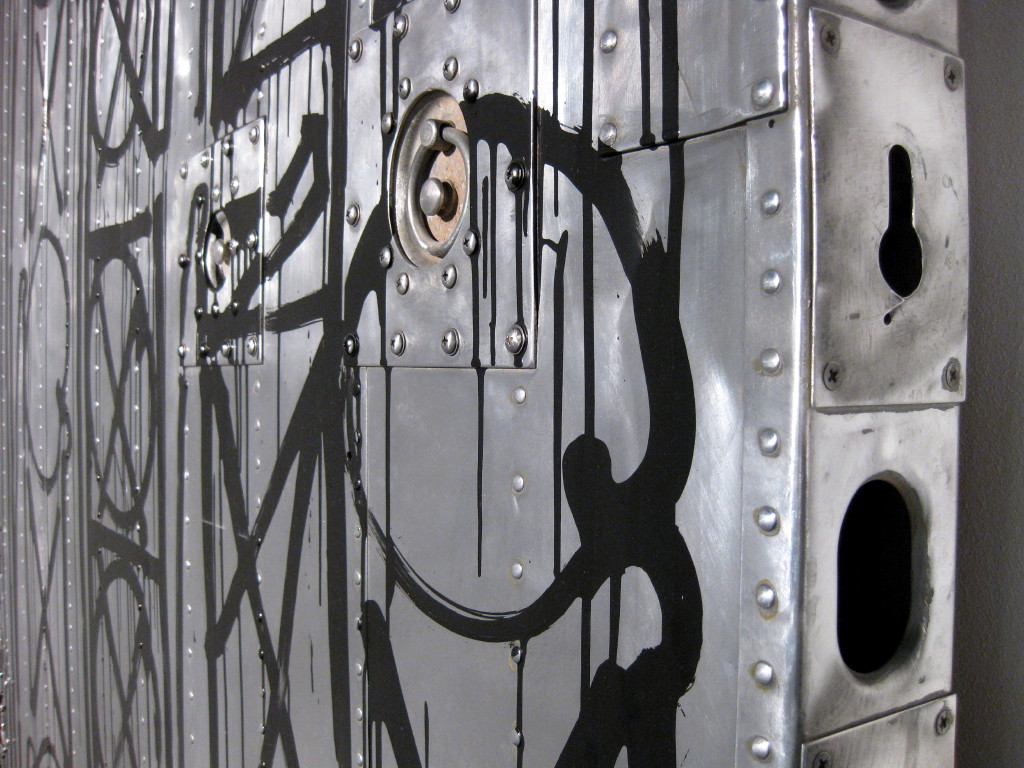 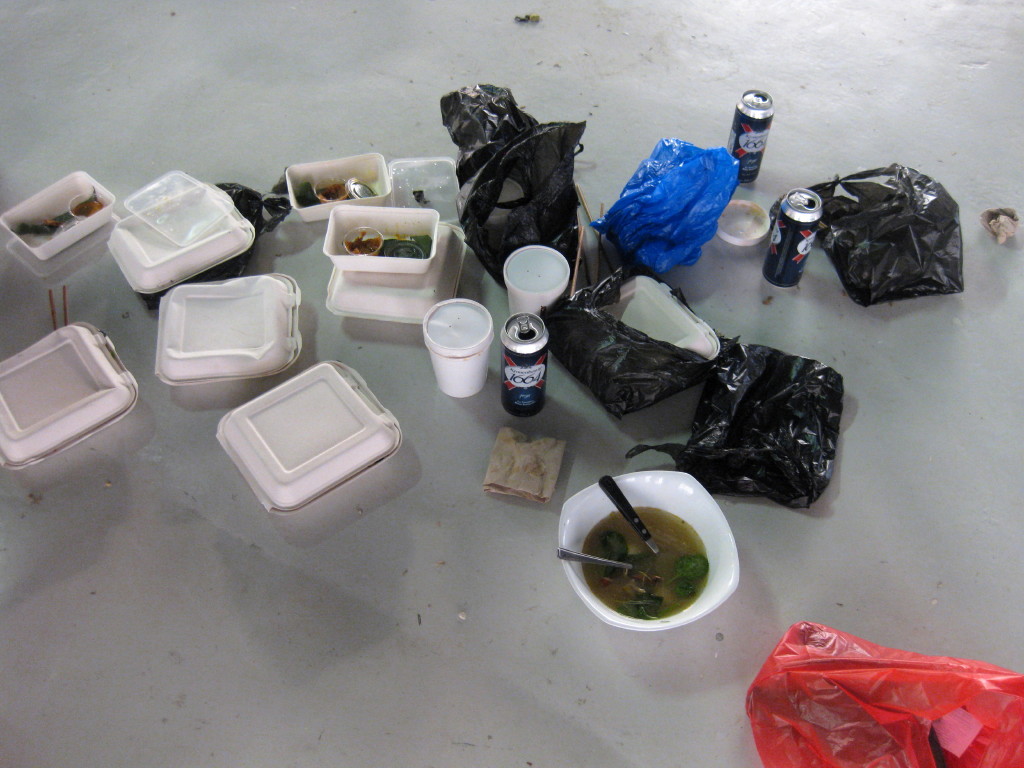