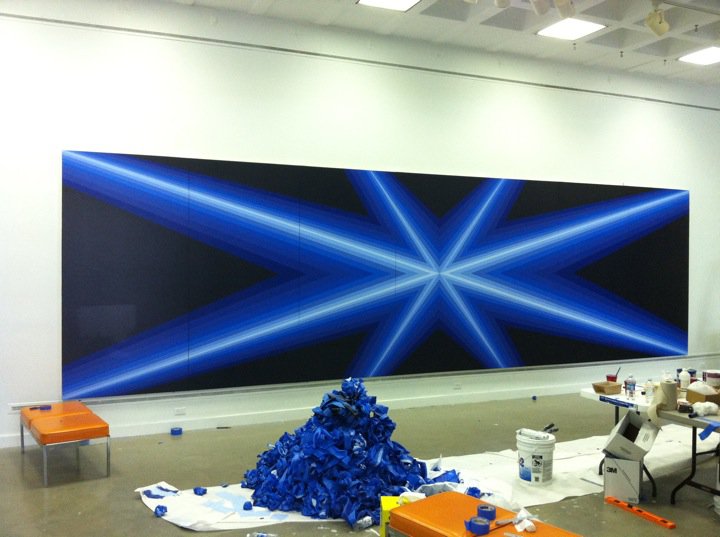 After ten straight days of painting, albeit with the help of some university art students, Dalek (interviewed) has completed a massive four panel, site-specific installation within the Birmingham Visual Arts Gallery at the University of Alabama. With minimalism more reminiscent of his Psych Optic Black Light Fuzz (Part 1 & Part 2) exhibitions over the winter than some of his more traditional work, the street artist turn gallery veteran utilized simple geometric forms and subtle shades of blue to strong effect. On display through August 20th, the exhibition will be ending with a special surprise, described as “one of the coolest projects ever seen on the streets of Birmingham” by the event organizer.

Check out more progress shots, along with a video describing the event, after the jump. 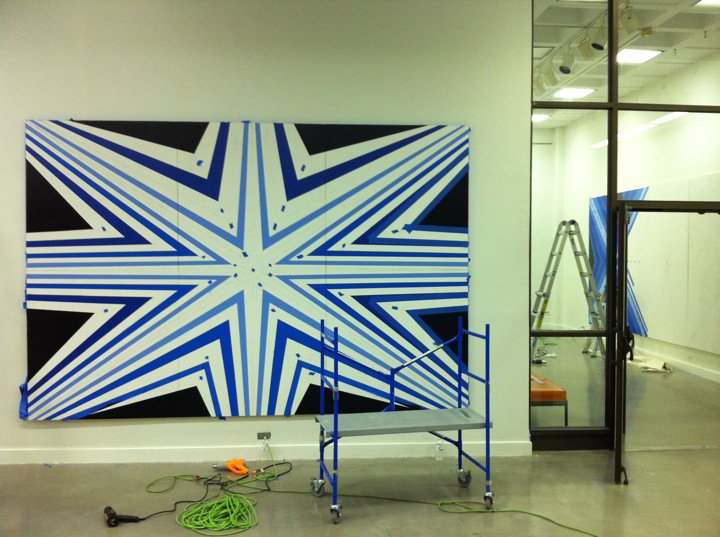 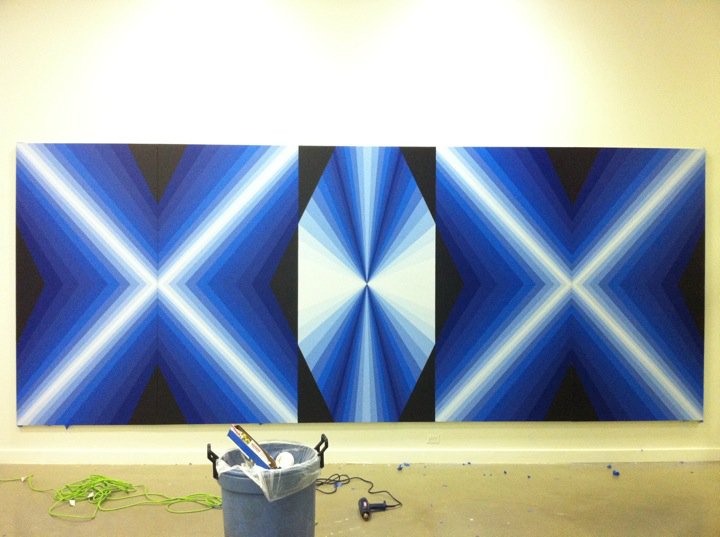 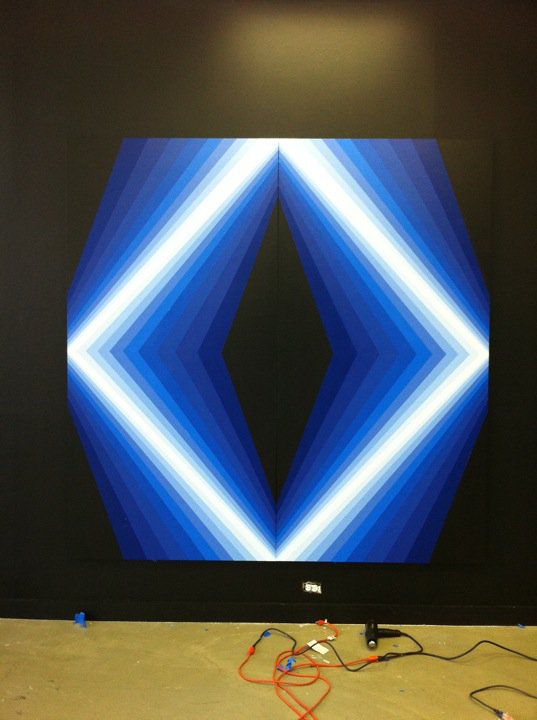